The Roman Emperor Nero is enjoying a newfound respect these days. At this point, it’s almost common knowledge that the stories of him playing a fiddle while Rome burned are almost certainly untrue.

Still, there are stories about Nero’s excess and depravity that go beyond anything imagined in the most gruesome horror stories. Although there’s no way of knowing how many stories are true, you don’t earn a reputation like this one without doing something people didn’t like.

10 He Burned Christians For A Source Of Light 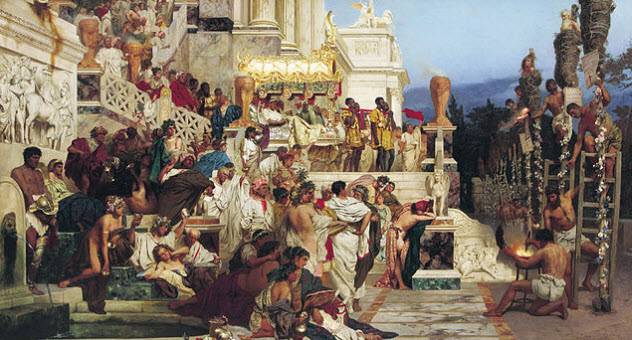 Nero never had progressive policies when it came to Christians, but he got really hard on them after the Great Fire of Rome. When the people began turning against Nero, he used Christians as a scapegoat to get the heat off himself.

Christians were blamed for the fire and slaughtered en masse. But the really terrifying part was how they were killed. Slaughtering Christians was a spectacle that people would attend and cheer.

During parties, Nero would nail Christians to crosses and burn them alive as a source of light when the Sun went down. While his victims screamed and suffered, Nero would walk about in a chariot rider’s uniform making small talk with his guests.

9 He Trapped People In Theaters To Listen To His Music 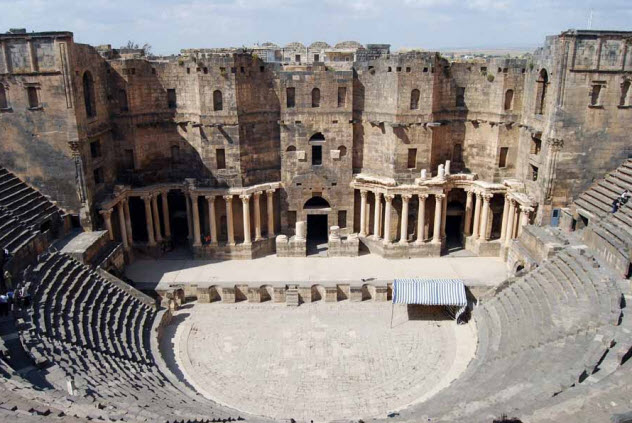 The story about Nero playing music while Rome burned doesn’t just come from nowhere. Nero loved the arts—from music to the theater—and performed every chance he got.

He even locked the gates of the theater when he performed. Then he put on incredibly long performances, requiring the audience to listen attentively and clap. People would leap over the walls or even fake their own deaths to get out of these performances. According to the Roman historian Suetonius, one performance went on so long that a woman gave birth while Nero played.

8 He Regularly Cheated To Win The Olympics 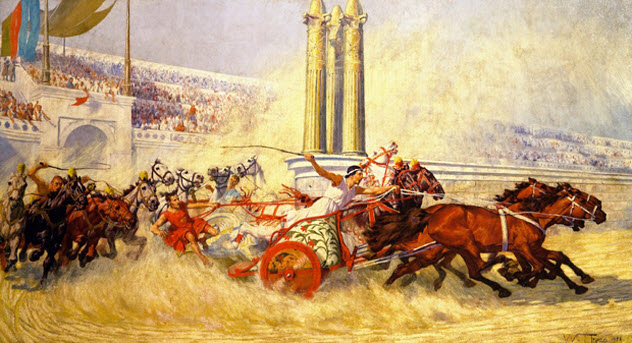 Nero was an athlete, too. In fact, he still holds the world record for most Olympic wins, staking claim to 1,808 Olympic wreaths—the era’s equivalent of gold medals.

So how did he do it? By cheating, of course. In one ridiculous story about a chariot race, Nero allegedly ordered his competitors to use four-horse chariots and then showed up with a team of 10 horses.

Despite his massive advantage, Nero still didn’t make it across the finish line. He fell off his chariot and had to give up the race. Even though he didn’t make it around the track, the judges still declared their emperor the winner of the race. 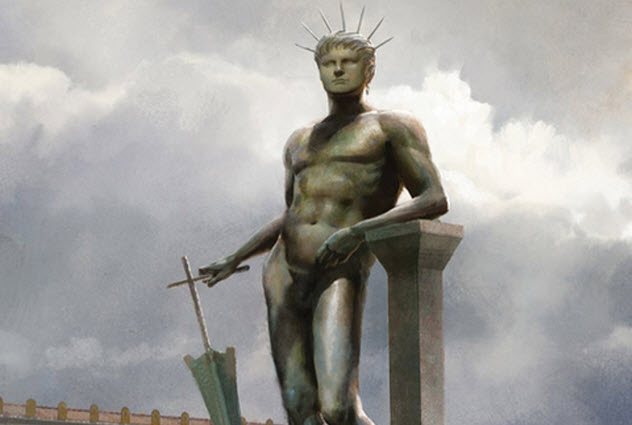 One of Nero’s greatest accomplishments was building the Domus Aurea, a golden pleasure palace the likes of which the world had never seen. It was a massive building overlaid with gold, ivory, and mother-of-pearl. It was guarded by a 37-meter-tall (120 ft) statue of himself. It even had panels in the ceiling that would let a rain of flowers and perfume fall on his guests.

All the decadence might have been forgivable—except that Nero built his sex palace right after the Great Fire of Rome when people needed aid. The Domus Aurea was viewed as a symbol of his selfishness and, shortly after his death, was stripped of all its gold.

6 His Sex Life Was Insane 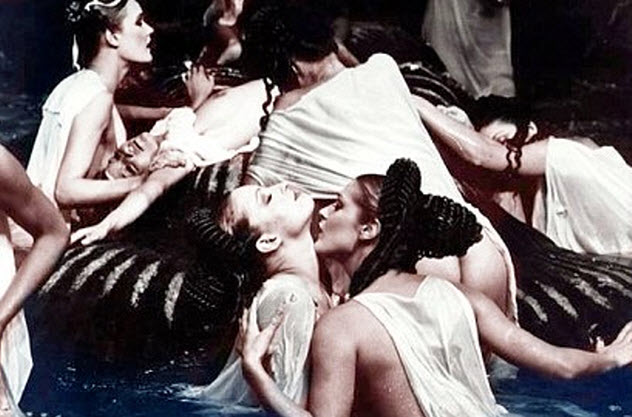 Stories about Nero’s sex life show up in every Roman history book because as weird as Roman emperors were in the bedroom, none of them compared to Nero.

According to Suetonius, whenever Nero wanted to let off a little steam, he would tie naked boys and girls to stakes, dress up like an animal, jump on them, and pretend to eat them. This was most likely a recreation of how criminals were executed in that time, with Nero pretending to be a vicious animal devouring a sentenced man in front of an audience.

5 He Sentenced A Woman To Death By Giraffe 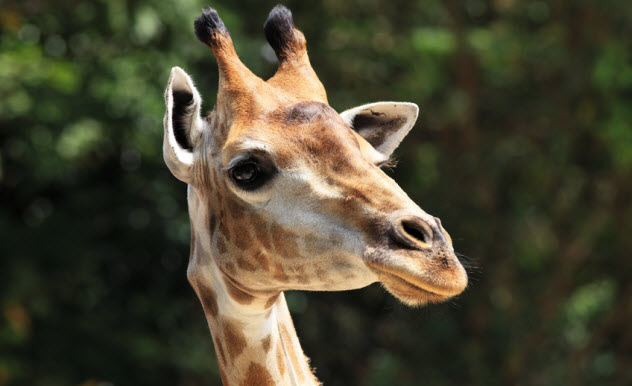 In Nero’s time, there was a famous assassin named Locusta who specialized in poisoning people. According to some accounts, Nero’s mother, Agrippina, hired Locusta to murder Agrippina’s husband, Claudius, and then her stepson, Britannicus.

Sometime after Nero came to power, Locusta was made to pay for her crimes in a horrible way. According to a popular story, Nero had her publicly raped by a “specially trained giraffe” before she was finally torn apart by wild animals.

4 He Crucified The Apostle Peter 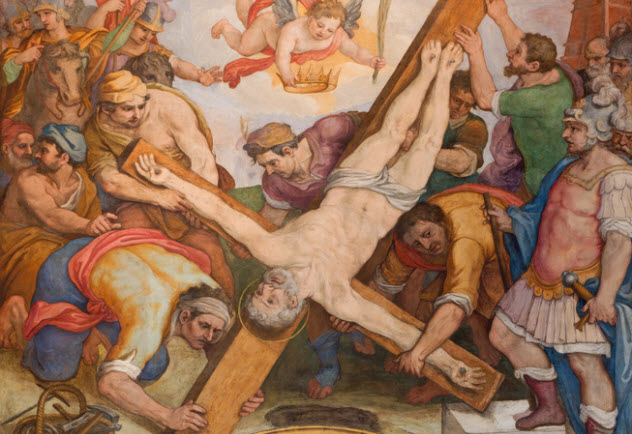 Nero didn’t just kill nameless Christians—he executed Peter, one of Jesus’s disciples. In AD 64, about 30 years after Jesus’s death, Peter was trying to spread Christianity throughout Rome and that put him directly in Nero’s path. Nero captured and crucified Peter—and, according to the popular story, hung him upside down.

This was far from an isolated event. Peter was killed in a circus that Nero almost exclusively used to publicly execute Christians. Those live murders were such a popular sport that the streets alongside the circus’s racetrack were filled with tombs full of the bones of his victims.

3 He Murdered His Own Mother 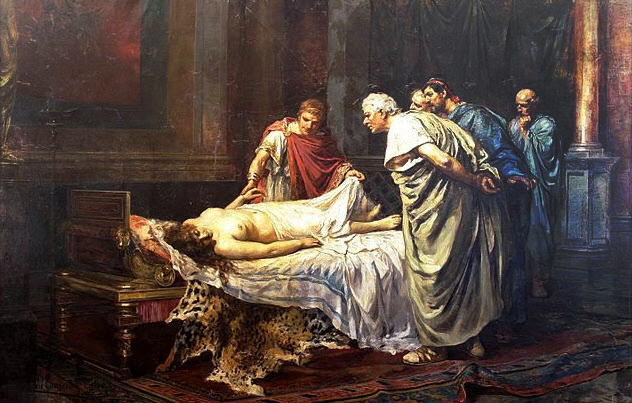 Nero killed a lot of people, but he didn’t stop at strangers. He murdered his family, too—including his own mother, Agrippina the Younger. Every historian gives a different account of how Nero killed her, but they all seem to agree that he was behind it.

According to historian Cassius Dio, Nero sent his mother off on a custom-designed ship. While she out at sea, a secret door under the ship opened up and sent her falling into the depths of the water. Agrippina survived and desperately swam to shore. But when she reached it, Nero had an assassin waiting for her.

When Agrippina saw her killer, she just said, “Smite my womb,” ordering the assassin to destroy the part of her body that had created such an abominable son.

2 He Kicked His Wife And Unborn Baby To Death 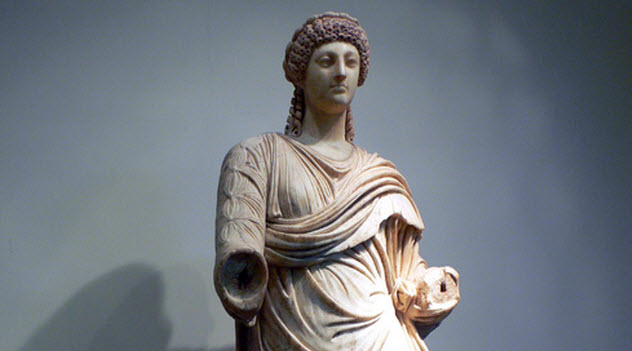 Most people credit Nero’s decision to murder his mother to the influence of his second wife, Poppaea Sabina. Poppaea was a manipulative woman who charmed the emperor, convincing him to get rid of his first wife, Octavia, and his own mother so that Poppaea could take their places.

For a while, Nero and Poppaea enjoyed a period of marital bliss, but it didn’t last. In time, they started to argue.

During one fight, Nero beat his wife bloody. He threw her to the ground and repeatedly kicked her directly in the stomach, where his unborn child was growing. According to some versions of the story, he may even have jumped up and down on her womb until she died.

Apparently, he regretted it. A few years later, he found a young boy named Sporus who looked like her and did what any grieving husband would do: He forcibly castrated the boy, dressed him up like his dead wife, and married him in front of all of Rome.

1 He May Literally Be The Antichrist 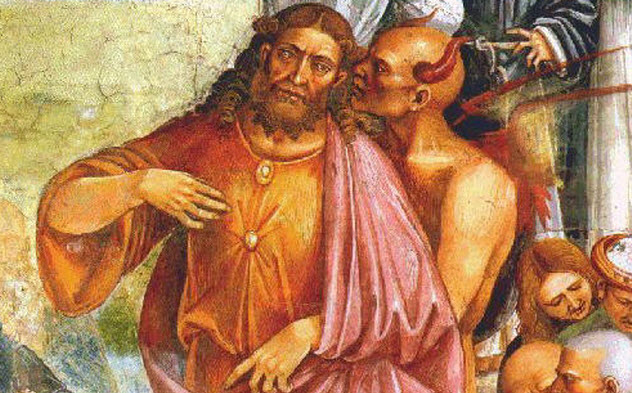 Calling somebody “the Antichrist” is a pretty strong accusation. But in this case, it’s not just a judgment call. According to one theory, Nero may literally be the Antichrist described in the Bible.

The twist is that if you count the numbers that represent the Hebrew letters in “Nero Caesar,” you get 666. On top of that, Revelation says that the beast will rule for “forty and two months”—which happens to be about the length of time that Nero ruled after the Great Fire of Rome.

This means that John might not have been just predicting some vague future evil. He may have been trying to tell the people of his time that Nero would be coming back.