When we think about clubs and societies from the past, the first thing that comes to mind is the thought of “gentlemen’s clubs.” With that concept comes the idea of upper-class men discussing “boring” topics such as politics and business while wining, dining, and smoking cigars. Yet, if you dig a little deeper, clubs of the past were much more interesting and bizarre than that. 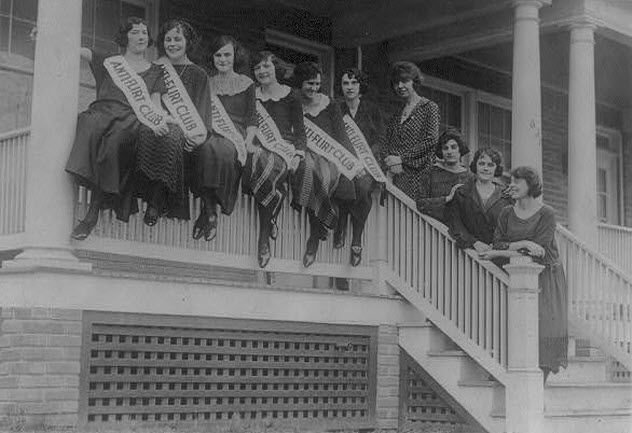 Formed in the early 1920s in Washington, DC, the Anti-Flirt Club was meant to protect young women from unwanted advances from men in automobiles. The club’s rules were published in The Washington Post in 1923.

Rule No. 5 said, “Don’t wink—a flutter of one eye may cause a tear in the other.” Meanwhile, Rule No. 8 advised women not to fall for “the slick, dandified cake-eater—the unpolished gold of a real man is worth more than the gloss of lounge lizard.”

Soon, chapters of the club appeared in Manhattan, Chicago, and other cities. Interestingly, Manhattan’s Anti-Flirt Club was headed by men whose aim was to ensure that women prosecuted the “mashers” who tried to flirt with them.

A “masher” was a man who had brief relations with various women and made his amorous intentions known in an aggressive manner. A “lounge lizard” was a well-dressed man who seduced many women with his deceiving charms.

Manhattan’s Anti-Flirt Club’s slogan was “Jail the flirt,” and their emblem was a lizard pierced by a hatpin. Despite the initial attention it attracted, the anti-flirt movement disappeared from the papers in the 1930s. 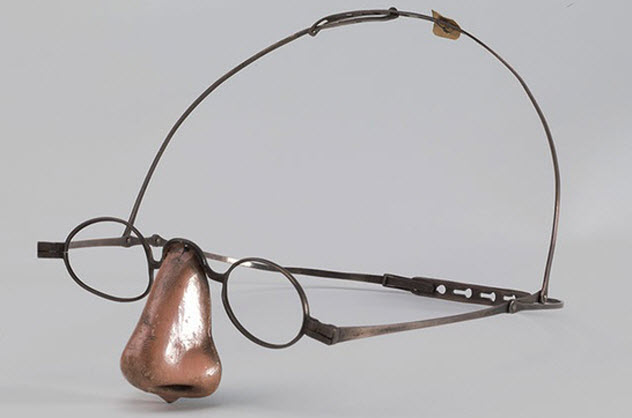 As syphilis raged throughout the 19th century, many people lost their noses as a result. This deformity became so common that the No-Nose Club was soon born.

On February 18, 1874, the Star newspaper reported that an eccentric gentleman, known by the assumed name of “Mr. Crampton,” had witnessed so many noseless people in the streets of London that he invited all of the afflicted to dine with him on a certain day at a tavern.

The No-Nose Club met every month until Mr. Crampton died a year later. At that time, the club dissolved but not before an interesting elegy was recited at the last meeting. 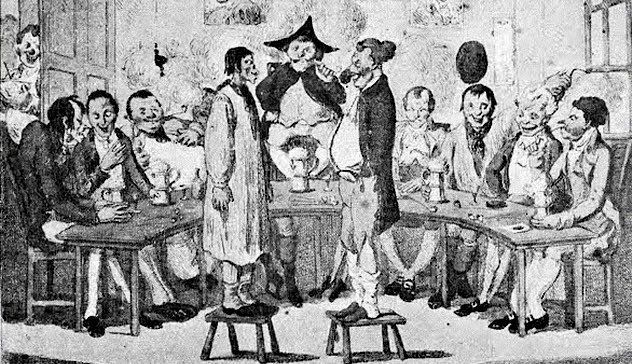 During the 18th and 19th centuries, physical deformities resulted in social exclusion and sometimes even street harassment. The Ugly Face Clubs were a response to this social injustice—they were gentlemen’s clubs whose members were proud of their facial eccentricities.

They rejected the idea of physiognomy, which claimed that facial features revealed one’s character. Members of these clubs might have been ridiculed on the streets for their physical deformities and unattractiveness, but it was exactly their unpleasant facial features that made them superstars within the club.

For example, the Ugly Face Club of Liverpool, England, consisted of bachelors who satirized their physical deformities and were fined if they got married. The members of this club included merchants, clergy, doctors, sea captains, and architects who endearingly referred to each other as “shark,” “pig,” “cod,” and so on. 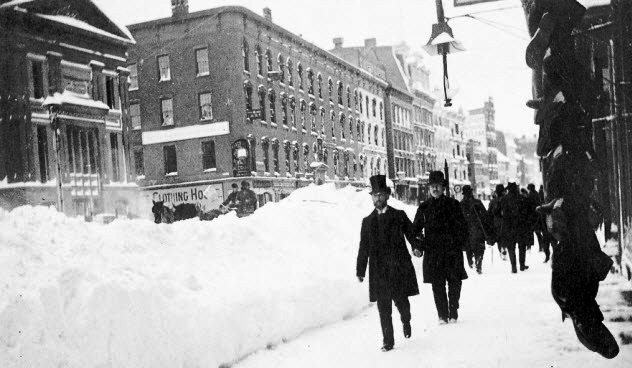 The Great Blizzard of 1888, one of the worst in US history, affected the region between Washington, DC, and Maine. The blizzard killed more than 400 people and dumped as much as 140 centimeters (55 in) of snow in some areas.

New-York based survivors did not want to forget the awful storm they had survived, so they formed an exclusive club of storm survivors starting in 1929. Until 1933, club members were exclusively male and called themselves the “Blizzard Men of ’88.”

They met annually to recount stories and keep the memory of the storm alive. But survival stories were not the only form of entertainment. For their 50th anniversary, for example, the Blizzard Men Of ’88 amused themselves with a mechanical snowstorm.

Members also liked to remind the world that all storms after the one in 1888 were joke affairs. In 1969, the last leader of the club died, and the annual meetings of the Blizzard Men of ’88 came to a stop. 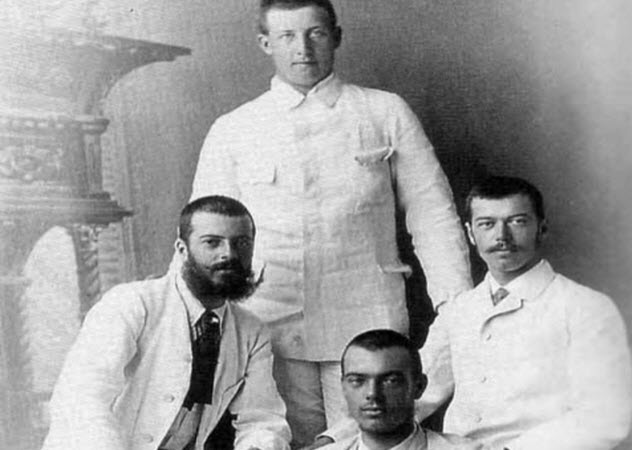 The Potato Club (aka the Potato Society) was formed by Nicholas II, the last emperor of Russia, and brothers Alexander, Sergei, and George Mikhailovich. The Potato Society was supposedly named after an incident on a paper chase, a racing game played outdoors where one person is assigned to be the “hare” and the others are “hounds.” In this incident, the pursuers were told by a peasant that the “fox” had “shot into the potatoes.”

Each member of the Potato Club had a gold pendant shaped like a potato which he wore around his neck. When Sergei Mikhailovich’s body was uncovered in Alapayevsk (where he was exiled and killed by the Bolsheviks), the gold potato pendant was found on him all those years later. 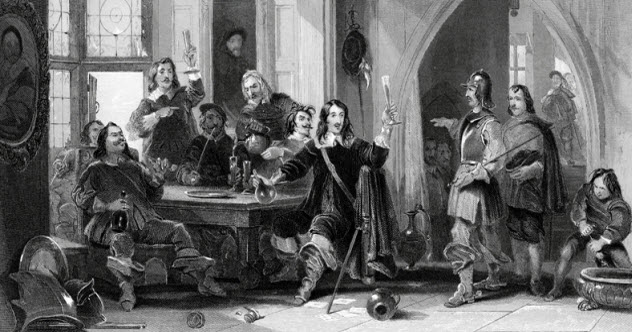 In 1669, Harry Blunt supposedly formed the Lying Club at the Bell Tavern pub in Westminster. Harry Blunt was said to be a witty gentleman with an innate ability to deceive in the most artful and convincing ways.

The club was born after hunting tales told among travelers became increasingly fantastical and hard to believe. But what the tales lacked in reliability, they made up for in amusement.

Members of the Lying Club did just that—they lied and judged each other’s “genius” on the strength of their lies. 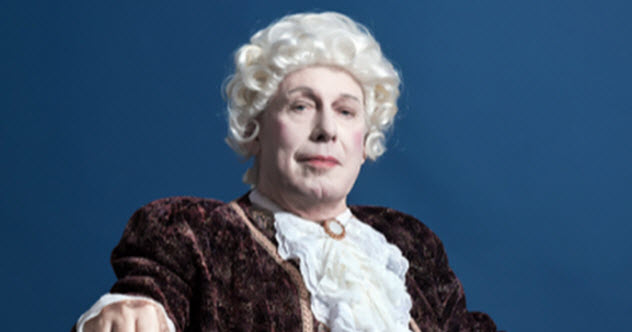 Of a Scottish Tory establishment nature, the Wig Club focused heavily on wining and dining and curious wig veneration traditions. Revered in the Wig Club was the famous wig that originally belonged to the Beggar’s Benison club and was supposedly made from the pubic hairs of King Charles II’s mistress.

After a quarrel among some members of the Beggar’s Benison club, the famous wig ended up in the hands of the Wig Club and soon became its mascot. Each member of the Wig Club kissed the special wig and contributed a hair from his mistress to replace the fading hairs in the wig.

The wig had its own personal servant and had to be treated with due respect. The locking up of the wig represented the end of the formal part of a meeting. 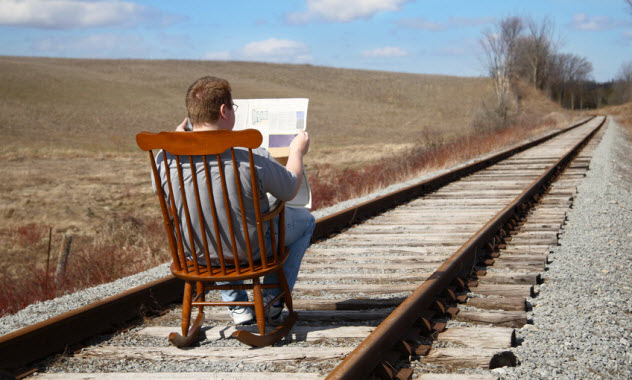 The Not Terribly Good Club of Great Britain was founded in 1976 by journalist Stephen Pile. To be admitted into the club, one had to satisfy one simple requirement—incompetence. Meetings of the club consisted of individual demonstrations of ineptitude at various life skills, such as small talk or art making.

Some years later, a book about the club was written by Stephen Pile called The Incomplete Book of Failures. It included various stories of imbecility, such as that of “the worst tourist” (about a man who spent two days in New York thinking that he was in Rome) and “the slowest solution of a crossword” (34 years).

The book came with a membership form, and just two months after its appearance, the club received 20,000 membership applications. That was much too successful for a club based on incompetence, and following its own rules, the club had to be dissolved. 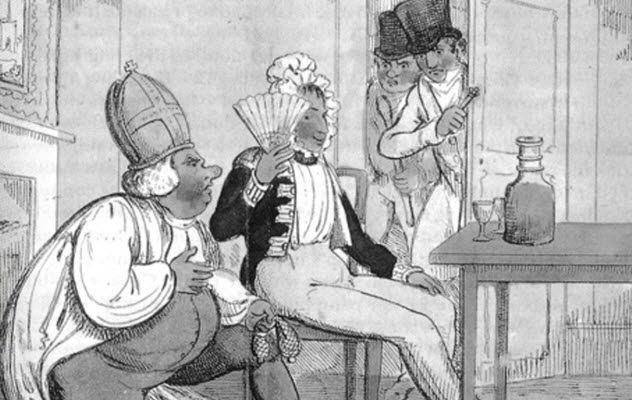 Molly Clubs (aka Molly Houses) were public houses in 18th-century England that catered to a male homosexual clientele. The term “Molly” was originally a pet form of the name “Mary” and a slang term for women of history’s oldest profession. Over time, however, the term came to be associated with effeminate men.

By the mid-1720s, London civic authorities had identified at least 20 such clubs and houses in and around the city of Westminster. The strange aspect of the Molly Clubs, however, was the mock birth ceremony during which a man pretended to be a woman giving birth to a baby. These mock births took place during Festival Nights toward the end of December. Their purpose, however, is unknown. 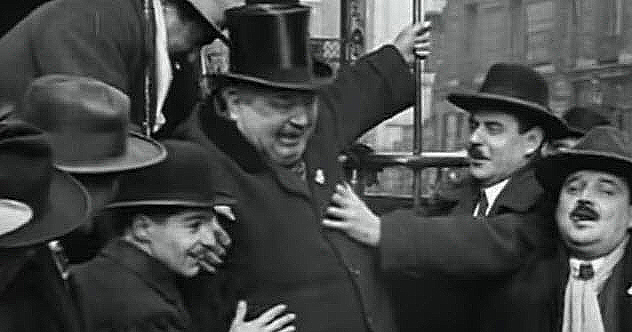 During the 19th and 20th centuries, Fat Men’s Clubs sprang up all over America. Their mantra was: “We’re fat, and we’re making the most of it!” Their motto was: “I’ve got to be good-natured; I can’t fight, and I can’t run.”

To be a member, one had to weigh at least 90 kilograms (200 lb), pay a $1 fee, and learn a secret handshake and password. Meetings were held twice a year and involved eating lots and lots of food. For example, during a meeting in 1884, the New York Fat Men’s Association’s president supposedly gained 4 kilograms (8 lb) just from that dinner.

Fat Men’s Clubs did not exist solely in America. A French version called Les Cents Kilos was formed in 1897 but never took off. A Serbian version was also created in Belgrade in 1932. Meanwhile, British versions had an interesting twist—if you failed to meet the weight requirement, you had to pay a fine.