Much of archaeology involved digging for small artifacts to piece together a picture of life in the past, but occasionally, much bigger finds occur. When enormous ancient ruins are discovered, it’s always exciting for those who wish to know our history, and these sorts of discoveries have been made all over the world.

10 The Temple Of Pan 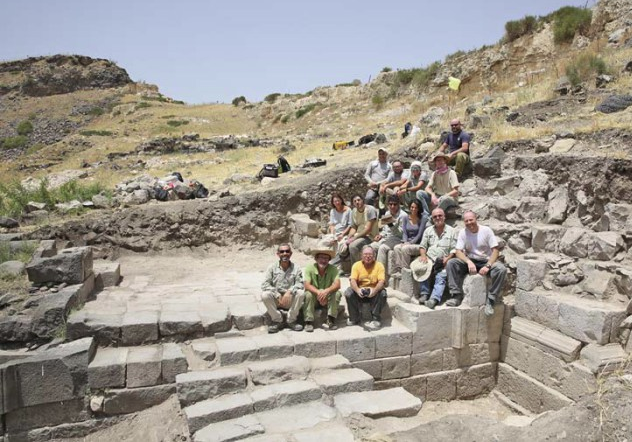 Archaeologists excavating the ancient city of Hippos in Northern Israel found a large bronze mask depicting the Greek god Pan. Additionally, an enormous entrance to a large stone building was found, and it’s believed to be the remains of a temple compound dedicated to Pan. The temple compound itself dates to the time of the Roman emperor Hadrian (around AD 117–138) and was located just outside the city limits, similar to other locations dedicated to Pan.

Pan was the mischievous half-man, half-goat deity who represented shepherds, and celebrations for the god were known to get out of hand. Often, worship took the form of ecstatic rituals including drinking wine and dancing nude. Due to the nature of the rituals for the wild god, celebrations were held outside the city in rustic settings like a cave or a forest, but a temple outside the city could also work. 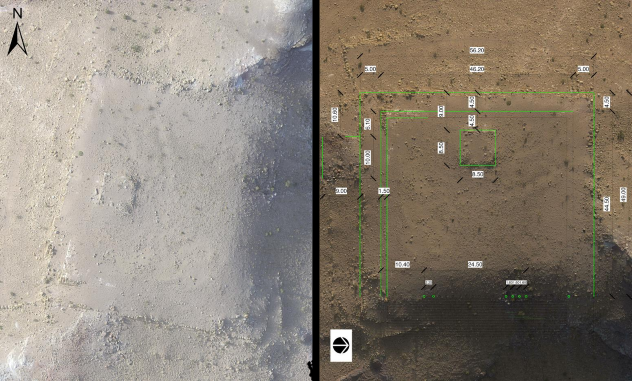 Petra has been an important archaeological site for centuries, but an entirely new discovery has recently been made in the area—a massive monument that was found by satellites. A raised platform the length of an Olympic-sized swimming pool, it has no known parallels to any other structure in Petra. The site, now a tourist attraction, was once a bustling caravan city at the crossroads of the world.

Since Petra was first mapped in 1812, ancient structures have been found in what was its urban core, but this monument had remained obscure until now. When it still stood, the monument would have been built as a raised platform with a small building on top surrounded by a massive facade. Pottery found near the monument indicates that it was built during the city’s early years as part of a public building program. 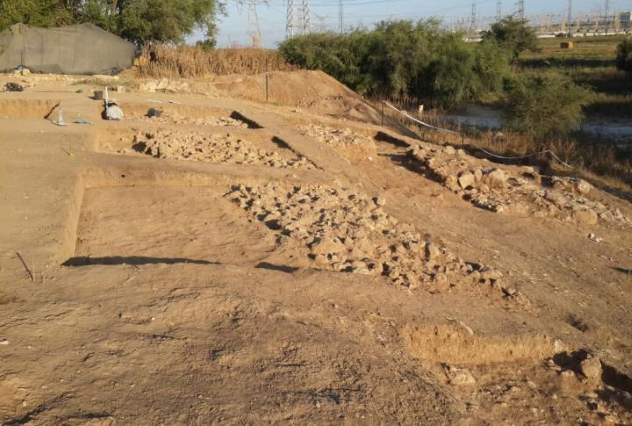 The Bible makes frequent mentions of the Philistines throughout the Old Testament, but proof of the Philistines’ existence remained elusive for years. In 2015, an excavation in modern-day Israel uncovered the massive gates that would have been the entrance to the famed biblical metropolis of Gath. The gates were dubbed “the Goliath Gates” due to their enormous size.

During biblical times, Gath would have been one of the largest cities in the region, so it isn’t much of a stretch to believe that it would have been an intimidating regional power. The ruins of Gath have been investigated on and off since around 1899, but it was only in recent years that the sheer size of the city has been recognized. The newly unearthed monumental gates illustrate even more clearly how impressive Gath once was. 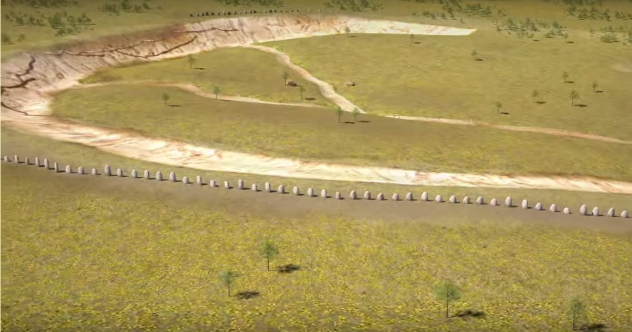 Just 3.2 kilometers (2 mi) away from Stonehenge lies a stone monument 15 times the size of its more famed neighbor. Located at Durrington Walls in Great Britain, “Superhenge’s” origins are just as murky and obscure as Stonehenge’s. Unlike Stonehenge, Superhenge is no longer visible above ground, but the buried stones uncovered in 2015 provide a clear picture of how it once appeared. The stones would have stood around 4.5 meters (15 ft) high when it was built during the Neolithic period.

For some unknown reason, the stones fell over around 4,500 years ago and were then buried. Inside of the henge, smaller, timber-ringed circles have been discovered. There has been only one stone taken from the site—the so called “cuckoo stone,” which was built from sarson stones, the same stones quarried for Stonehenge.

Because of its close proximity and similar qualities to Stonehenge, Superhenge is believed to be related in some way, although we can only guess about its true purpose due to lack of historical records. 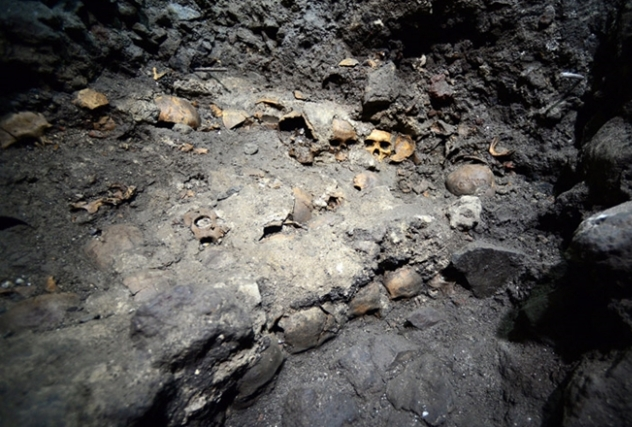 A gruesome find from the time of the Aztecs was partially uncovered behind a colonial-era cathedral in Mexico City. Known as a skull rack, or tzompantli, the massive wooden structure would have served to shock and awe anyone arriving in the Aztec capital. Built between 1485 and 1502, the skull rack stood 35 meters (115 ft) tall and was 12 meters (40 ft) wide—an imposing sight for sure.

The rack would have held hundreds of skulls, many of which were obtained through human sacrifice. The skulls, bleached white for preservation, weren’t of ordinary people; they were enemy warriors who were captured and decapitated. The skull rack would have been symbolic of two important characteristics of of the Aztecs—war and spiritualism. 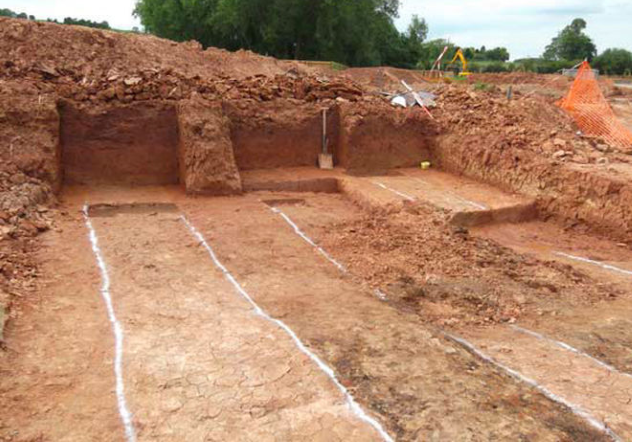 In 2012, one of the most unique archaeological finds in Europe was uncovered. The remains of three timber logs that were placed together were found in Monmouth, Wales. The logs were enormous in length and were likely created from whole tree trunks cut in half. At first, it was believed that the timbers were just ancient sleeper beams, but when researchers realized that the area where the timber logs were found was once a lake, they began to theorize that it may have been a bridge to an artificial island in the middle of the lake.

The lake was eventually filled entirely with silt, burying the timber beams along with it. At its oldest, the bridge could have been built during the Bronze Age around 4,000 years ago, but a more likely date places it during the Iron Age. There were other uses for the structure; remains of burnt charcoal were found underneath the bridge, suggesting that there was some kind of trough for heating water.

4 The Roman Villa At Wilshire 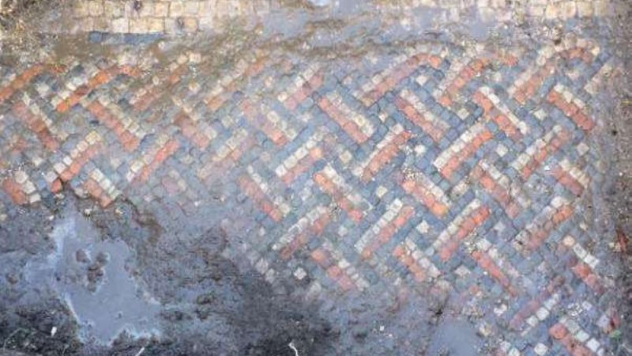 In 2016, construction workers digging in the backyard of a residential home in Wilshire, England, uncovered an intricate red, white, and blue mosaic. It soon became clear that the property was built atop a massive Roman villa. The mosaic dated to sometime between AD 175 and 220.

The villa was spacious and luxurious, suggesting that it was built for someone of great importance and standing in Roman-era Britain. It was once three stories high and contained 20 to 25 rooms before it was knocked down around 1,400 years ago. The Wilshire villa has allowed historians a glimpse of life for the Roman aristocrats who occupied Britain and is one of the most important finds in Great Britain. 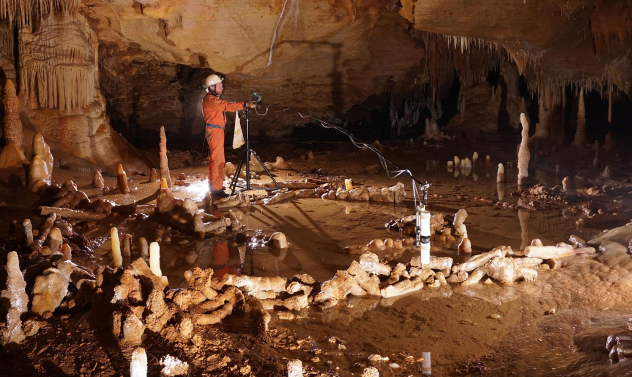 Inside Bruniquel cave in Southern France, hundreds of carved stalagmites can be found jutting from the cave floor. The cave was originally found in 1990 but remained closed off until 2013. Researchers were finally able to examine the mysterious circles constructed from the stalagmites. The stalagmite circles are notable because there is evidence that they were altered and used by early men for heat, lighting, and cooking.

It was believed that they had been built around 40,000 years ago, but carbon dating places them at an astonishing 165,000 years old. The only species in the area at that time were the Neanderthals, once thought to be brutish and unintelligent. The 400 elaborate stone stalagmite structures tell a different story. The Neanderthals apparently possessed sufficient knowledge and cunning to create such elaborate constructions.

2 The Ancient Greek Naval Base 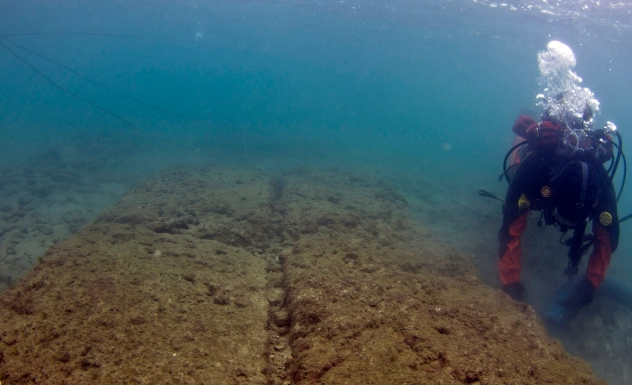 Thousands of years ago the bustling port city of Athens, Greece, began to prepare for war against the encroaching Persian Empire by building hundreds of triremes (ships with three oar banks). Those ships were housed in a massive naval base. It has taken over a decade to fully study the remains of the base, and it is clear that the structure would have been one of the largest buildings in the world at the time of its completion.

Due to highly polluted waters, there was very little visibility when divers tried to investigate the site, so research progressed slowly, but we now have enough information to make an educated guess as to the purpose of structure. Built between 520 and 480 BC, the naval yard existed around the time of one if the most pivotal naval battles in Greek history—the Battle of Salamis. It is believed that many of the ships at Salamis were housed in the naval shed at Athens.

1 The City At Old Sarum 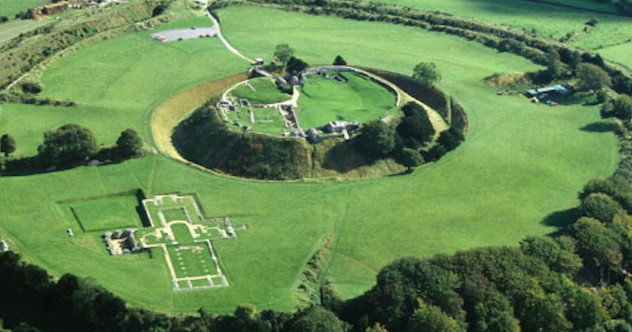 Located near Salisbury, England, Old Sarum is a historical site that sits above the ruins of a recently examined medieval city. The city dates back to the late 11th century and contained a cathedral and a castle. It died out in the 13th century, around 300 years after its construction.

It had long been known that there was once a city at Old Sarum, but it was only only recently excavated and researched since Old Sarum is a protected site. Old-fashioned excavation isn’t permitted, so high-tech laser techniques have been employed to get a sense of the underground structures.

The remains of defensive buildings form an outer wall, with many of the city’s other structures located inside of the area. Ruined residential homes are scattered about the area, and mineral deposits indicate furnaces and ovens. However, why the city was abandoned remains a mystery.

10 Christmas Themes from the Roaring ’20s Compared to Today