Keeping up with the news is hard . . . so hard, in fact, that we’ve decided to save you the hassle by rounding up the most mind-blowing events each month. In an August dominated by the Olympics, plenty of important, crazy, and crazy-important non-sports-related stuff got swept under the rug, such as . . . 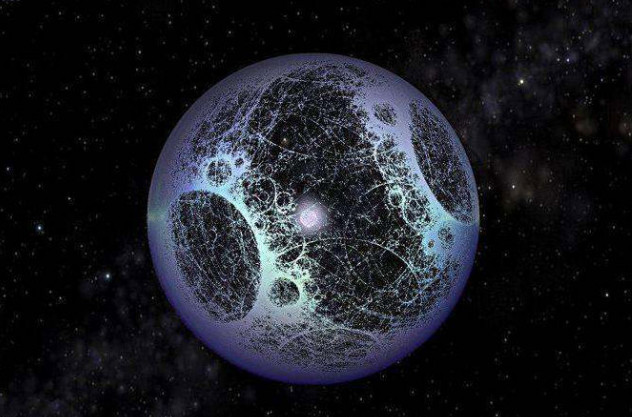 KIC 8462852 may be the most interesting thing in our night sky. Also known as Tabby’s Star, it has been weirding out scientists for years. It dims erratically, its light getting brighter and darker. It has also been dimming slowly for a century. Four years ago, it suddenly sped up.

Astronomer Jason Wright thinks these three anomalies are caused by an alien megastructure being built around it. This August, new data seemed to support his theory. The star’s crazy behavior fits the idea of a Type II Civilization—one that has built a massive Dyson sphere around its star to harness its entire energy output.

Weirdly, this might not even be August’s best bet at finding ET. Russian scientists have revealed that they’ve detected a freaky radio signal coming from HD164595, a solar system about the same age as ours, with a potentially inhabitable planet. SETI is investigating further. 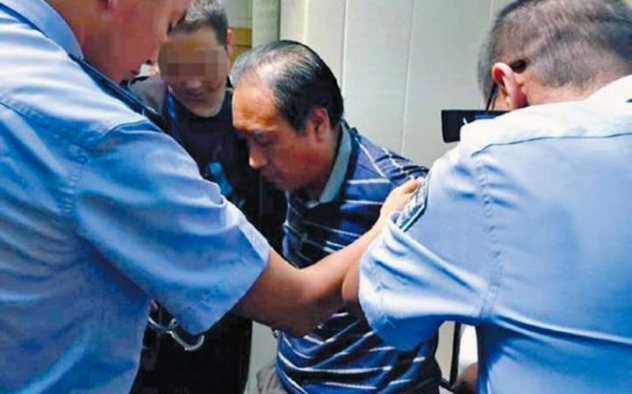 In 2002, Cui Jinping was found dead in her apartment in the Chinese province of Gansu. Her throat had been slit. Her hands, ears, and breasts had been removed. She’d been raped. The case caused a sensation when it was linked back to previous killings in the region. The unknown murderer was dubbed “China’s Jack the Ripper,” and he proved as elusive as the original.

At least, he did until August 2016. Early last month, police arrested a petty criminal and did a routine check against their DNA database. To their shock, he turned out to be related to the Ripper.

An investigation led them to the criminal’s nephew, a 52-year-old grocery store owner named Gao Chengyong. Gao confessed to stalking, raping, torturing, and killing 11 women between 1988 and 2002. The youngest of his victims was a tragic eight years old. 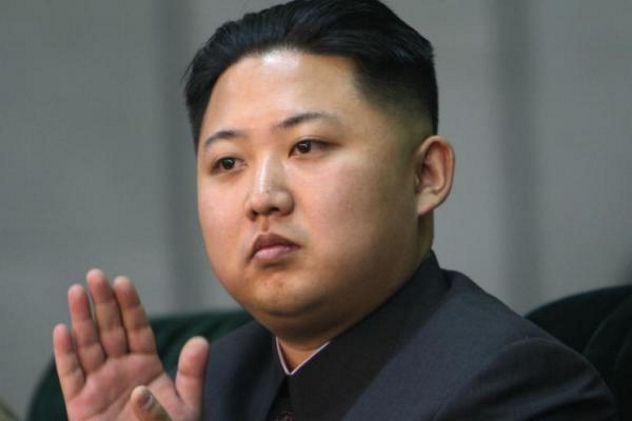 Thae Yong-ho was North Korea’s toughest diplomat. Based in London, he was a high-ranking, ultra-loyal insider whom the British found a nightmare to deal with. Then, last month, he suddenly defected to South Korea. The defection fueled speculation that Kim Jong Un’s regime is on the brink of collapse.

North Korea watchers think Kim was too young when he inherited the dictatorship and has made too many enemies among the ruling elite. His position is said to be extremely unstable. Some are even predicting the imminent implosion of the Kim regime.

As if to underline this, Kim ended the month by executing several high-ranking officers with anti-aircraft guns. Analysts said that this showed Kim is less stable in power than his dad had ever been. Perhaps it won’t be too long until we see the back of this portly dictator.

7 Apple Got Smashed With €13 Billion In Unpaid Taxes 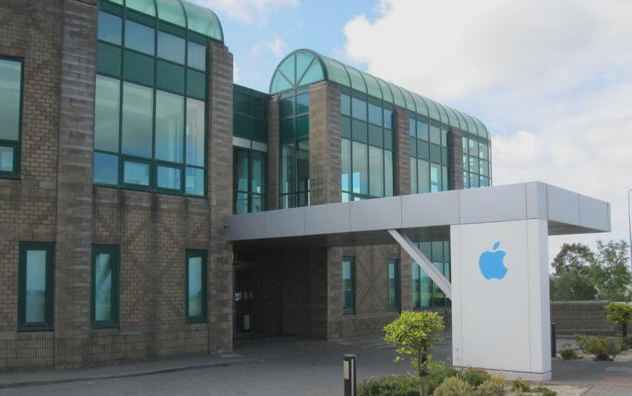 On August 30, the EU closed a two-year investigation into Apple’s tax arrangements with Ireland. The commission concluded that Apple had received state aid from Dublin, allowing the corporation to pay as little as 0.005 percent tax on profits.

Such a “sweetheart deal” is illegal under EU Law. Brussels has previously investigated companies such as Starbucks and countries such as Luxembourg, but the scale of the fine handed out to Apple dwarfs all other cases. The EU ordered the company to cough up €13 billion ($14.5 billion).

The move has widely been seen as the EU flexing its muscles, especially after the US tried to pressure Brussels to drop the case. Both Apple and Ireland are planning to appeal the ruling, but the EU has become increasingly confident in taking on multinationals. Not that the fine will affect Apple much; the company currently has over $230 billion stored in offshore accounts. 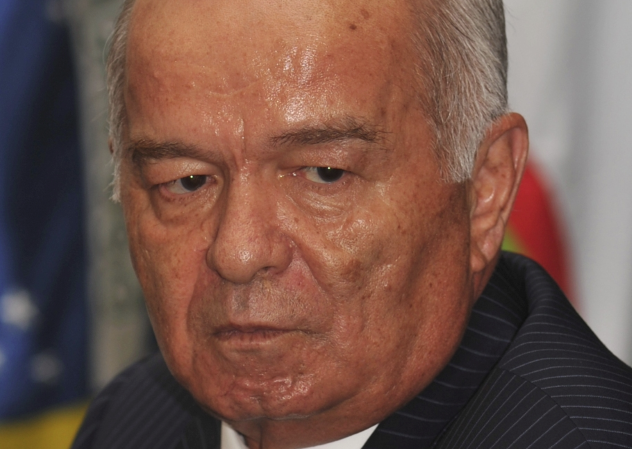 Uzbek dictator Islam Karimov is the Schrodinger’s Cat of international politics: There’s an equal chance that he’s alive or dead. On August 29, reports circulated that the tyrant had died. His daughter took to Instagram, claiming that he was hospitalized with a brain hemorrhage but alive. As of August 31, the Uzbek government has refused to say which version is right.

If Karimov is dead, few will miss him. The dictator was a Soviet holdover who enslaved children, had thousands of protestors shot, and ordered two political prisoners to be boiled alive. Despite this, he was regarded as a friend by the West, which used his country as a base for adventures in neighboring Afghanistan.

Karmiov never named a successor. If he has died, the economic basket case that is Uzbekistan will go through a disorderly transition, with Russia, China, and the US scrambling to protect their interests.

5 Gawker Disappeared (Thanks To Hulk Hogan) 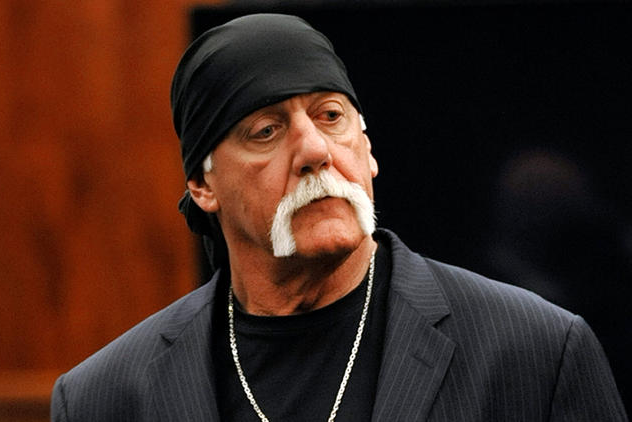 On August 22, 2016, Gawker disappeared. The gossip site was one of the most visited and most hated sites on the Internet. It had previously championed the Bill Cosby rape case. It had also publicly outed gay men for perceived “hypocrisy.”

It was this last one, plus a sex tape, that sank the website. After Gawker outed PayPal cofounder Peter Thiel in 2007, the tech billionaire swore revenge. He funded a range of lawsuits against the site, finally hitting paydirt with one involving Hulk Hogan. Gawker had published a sex tape of Hogan, who sued for breach of privacy. Thiel backed Hogan, who won the case. The settlement bankrupted Gawker.

There had been hopes that a new owner would save the site. Univision Communications did indeed end up saving all of Gawker’s subsidiaries (Jezebel, io9, Deadspin, etc.) but decided that the gossip site wasn’t worth the controversy. Gawker itself is dead. 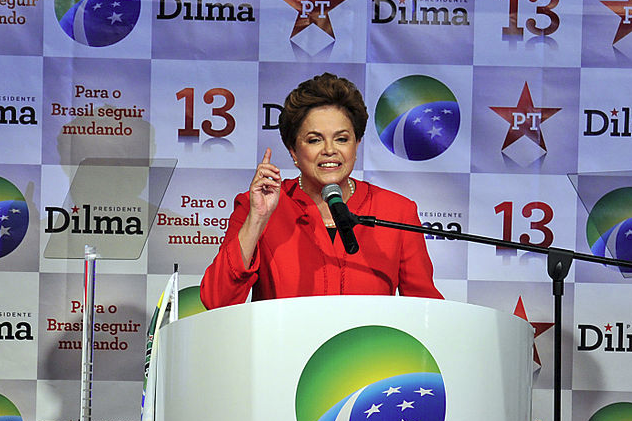 Brazil in the news this August meant one thing—the Olympics. But away from the sporting successes and Ryan Lochte controversies, a bigger storm was brewing. At the start of the month, Brazil officially began the process to impeach its president.

Elected in 2010, President Dilma Rousseff is a leftist who once held 79 percent approval ratings. By March this year, though, they’d collapsed to 10 percent. She is accused of moving money between different government budgets in order to plug funding gaps, which is illegal under Brazilian law. While the senate has yet to vote, if she’s found guilty, Rousseff will be removed from office and barred from politics for life. Rousseff denies the charges and claims that her impeachment is a backdoor coup.

But nothing is simple in Brazilian politics. In a twist, many of the senators leading the charge against Rousseff have themselves come under investigation for corruption.

3 The ICC Formally Charged An Islamist With Cultural Destruction 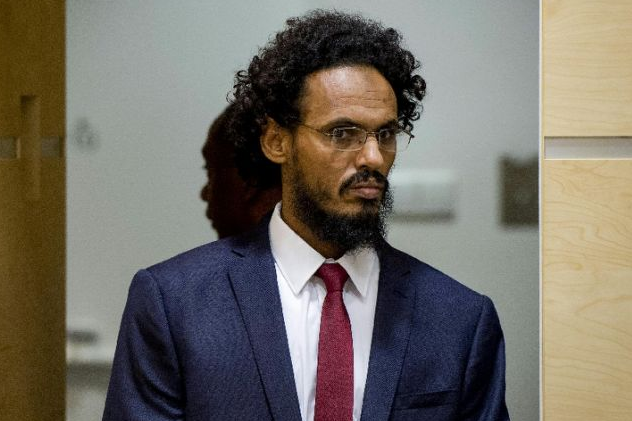 Ahmad Al Faqi al-Mahdi isn’t the sort of jihadi you’d expect to see before the International Criminal Court (ICC). A minor member of the Islamic militia that occupied Timbuktu in 2012, he didn’t murder anyone, didn’t rape anyone, and he didn’t mutilate civilians.

What he did do was order the destruction of cultural monuments in Timbuktu, including an ancient door that locals believed could only be opened at the apocalypse. For this callous wiping out of heritage, Ahmad became the first person in history to be tried for cultural destruction as a war crime.

This sets an important precedent in international law. Previously, any ISIS members who destroyed Syrian and Iraqi monuments could only be charged in national courts. From August onward, they can be prosecuted by the ICC for war crimes. Ahmad pleaded guilty at his trial. By September 27, we should know what sort of sentence cultural destruction brings. 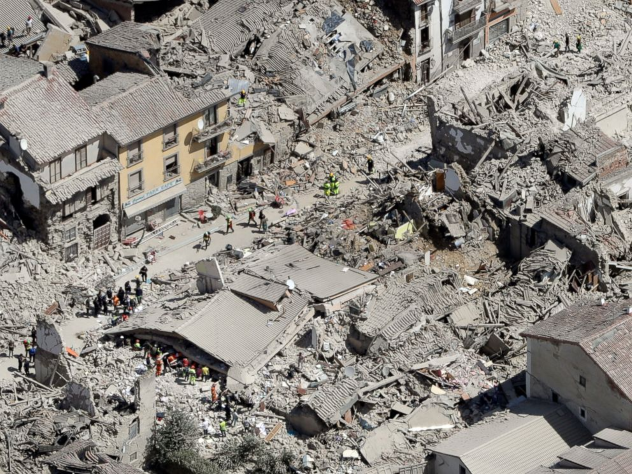 On August 25, a 6.8-magnitude earthquake hit the Bagan region in central Myanmar. The shaking killed four people and devastated villages. It also destroyed nearly 200 ancient temples and damaged another 500. It was the worst disaster to hit Myanmar’s Bagan heritage in centuries.

Bagan has been compared to Cambodia’s Angkor Wat. Its temples are hundreds of years old and of breathtaking beauty. In just a few short seconds, many of them were reduced to dust. Sadly, it wasn’t the only quake to hit this August.

Only a day later, a 6.2-magnitude earthquake struck central Italy, around the town of Amatrice. Like the Bagan region, Amatrice was full of ancient buildings. Unlike in Myanmar, those buildings were full of people. Around 300 locals and tourists were killed when their houses collapsed.

1 A Canadian Town Lost A Hilarious Battle With Political Correctness 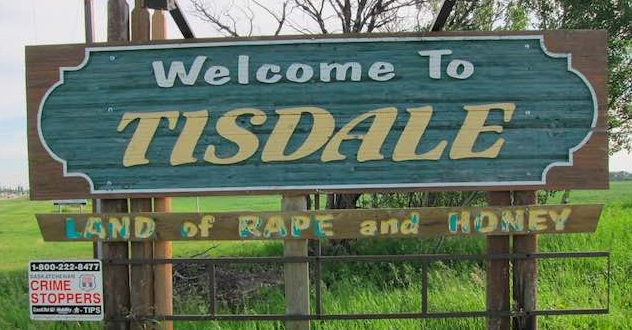 Finally, a lighter story to end this mixed bag of a month. After a decades-long campaign, the Western Canadian town of Tisdale was forced to change its slogan. The politically incorrect slogan that got everybody’s knickers in a twist? “Tisdale. The Land of Rape and Honey.”

Tisdale is a major rapeseed producer. The “rape” in the slogan referred to this profitable local crop. Obviously, though, many visitors didn’t see it this way. Back in 2015, the town started a consultation to see if the name might be “insensitive.” By August 2016, they’d finally decided it wasn’t worth the hassle of keeping their non-PC slogan and updated it to “Opportunity Grows Here.”

This isn’t the only time that Canada has offended PC sensibilities. The village of Climax got in trouble for a sign at the town limits telling visitors to “Come Again!” Unlike Tisdale, though, Climax elected to keep its racy slogan.