We should never underestimate the spirit of competition. Throughout history, a wager has often proven to be that extra little push needed for some people to accomplish great things.

10 Disproving The Earth Is Flat 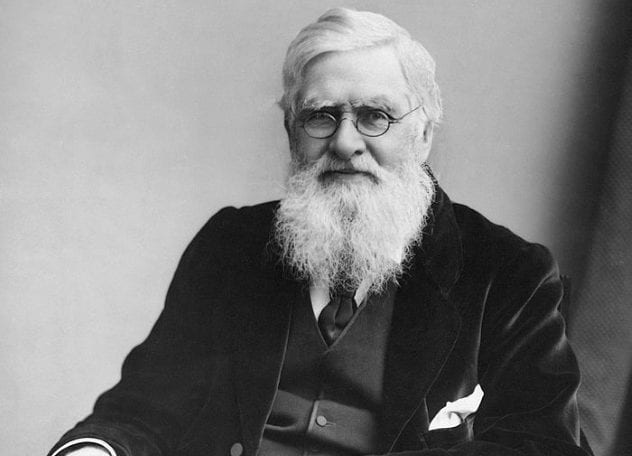 One day in 1870, Alfred Russel Wallace saw an ad in the newspaper: John Hampden, a fanatical Flat-Earther, was waging £500 that nobody would be able to prove the Earth to be round using a certain experiment, today known as the Bedford Level Experiment. “Easy money,” thought Wallace, a respected geographer and biologist.

The original experiment was conducted in 1838 by Samuel Rowbotham, pioneer of the modern Flat Earth movement. Rowbotham “proved” that the Earth is flat by observing a boat through his telescope and noting that it remained in his view instead of dropping below his line of sight.

Wallace immediately spotted the flaw in Rowbotham’s method: He measured just eight inches above the water, and his results were skewed by atmospheric refraction. Wallace recreated the experiment, measured correctly, and demonstrated the curvature of the Earth.

The referees awarded the money to Wallace, but Hampden developed a vendetta against him. For the next 15 years, he sued, abused, and threatened Wallace, using all means at his disposal.

9 The Start Of Nanotechnology 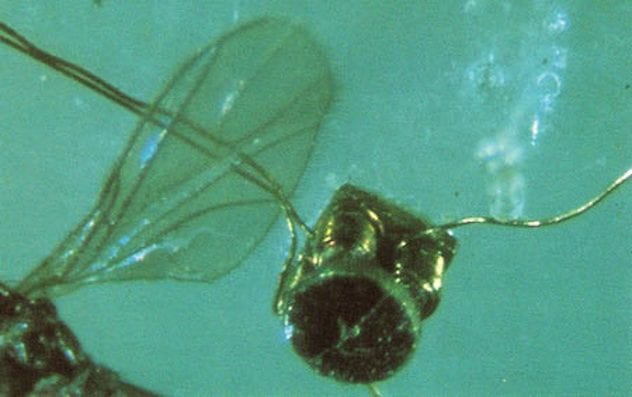 Photo via The Worlds of David Darling

In 1959, Richard Feynman gave a landmark lecture at Caltech called “There’s Plenty of Room at the Bottom.” He talked about a concept that wouldn’t even have a name for decades—nanotechnology. He ended his talk with a $1,000 challenge for building a working electrical motor only 1/64 of a cubic inch in size. Less than a year later, Caltech graduate William McLellan had won his challenge. He built an operating motor out of 13 individual parts.

After examining it for a while, Feynman wrote McLellan a check. He was happy to lose the bet but was disappointed with the results. Feynman truly believed that current technology made the feat he envisioned impossible. He expected a motor of that size to require a major technological breakthrough. Instead, McLellan built his device using crude tools such as toothpicks and a fine paintbrush.

8 The Birth Of Principia 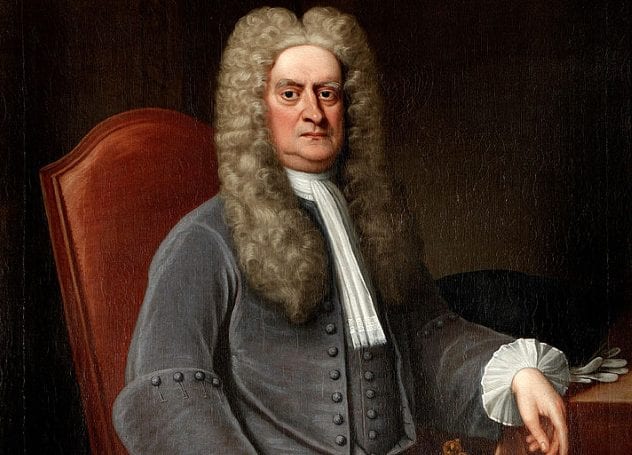 One day in 1684, Christopher Wren met fellow luminaries Edmund Halley and Robert Hooke to talk matters of the day. The discussion soon turned to Kepler’s law of planetary motion, and Wren issued a challenge to anyone capable of proving Kepler’s laws using the inverse-square law. He set a time limit of two months and wagered a rare book worth 40 shillings.

The solution evaded Halley, but he turned to his friend, Isaac Newton. He was intrigued with the idea and started work on it. Eventually, Newton found the proof, but it took him a few years to get it, so he was ineligible to win the prize. However, Halley was so impressed that he pushed Newton to keep working and even published the resulting book at his own expense. That book became Philosophiae Naturalis Principia Mathematica.

A crucial moment in rock history occurred on November 28, 1974, when John Lennon made a surprise appearance at an Elton John concert at Madison Square Garden. Lennon hadn’t appeared live in concert for two years and wouldn’t appear again. And that moment wouldn’t have taken place if not for a friendly bet between the two music icons.

Earlier that year, Lennon released Walls and Bridges, which featured Elton John on two tracks—“Surprise Surprise” and “Whatever Gets You Thru the Night.” By that point, Lennon remained the only Beatle never to have a number-one solo single in the US. Elton believed “Whatever Gets You Thru the Night” would reach number one. He bet Lennon that if he was right, they would do a concert together.

That November, the single topped the Billboard charts, and Lennon honored the wager. He appeared on stage to a raucous ovation and gave the world one final live performance. 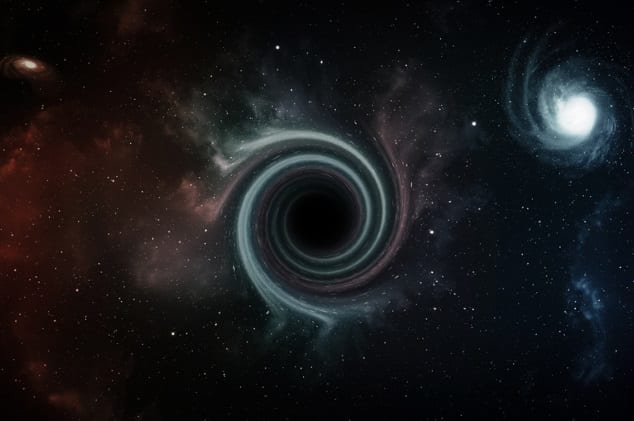 Stephen Hawking, Kip Thorne, and John Preskill are three of today’s leading theoretical physicists, and they’ve significantly improved our understanding of black holes. The trio set a bet in 1997 concerning information being able to escape a black hole. While Hawking and Thorne believed that information is lost forever, Preskill argued that it could be recovered from the radiation emitted as black holes evaporate. This type of radiation was first theorized by Hawking in 1974 and is named after him.

Initially, Hawking claimed that Preskill’s notion contradicted the very idea of quantum mechanics. However, after advancements in string theory, Hawking reversed his position. Preskill was glad to win the bet but stressed that most credit went to Hawking for his work on black hole radiation. Preskill’s prize was an encyclopedia of his choice where “information can be retrieved at will.” His choice was Total Baseball—The Ultimate Baseball Encyclopedia. 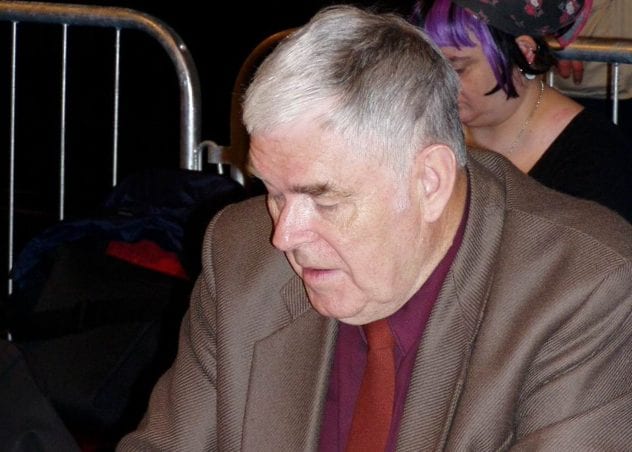 James P. Hogan, one of the most successful sci-fi writers of the last 50 years, started his career on an office bet. When he was in his thirties, he was a sales exec specializing in computer equipment and had no interest in a career change.

Then one day, Hogan saw Kubrick’s 2001: A Space Odyssey. While he enjoyed the movie, Hogan disliked the ending and complained about it to his coworkers. Eventually, a fed-up colleague suggested to Hogan that he should write his own book. Hogan took up the challenge, and the whole thing turned into an office bet worth roughly £50 that he would not be able to write a sci-fi novel and get it published.

In 1977, Hogan published Inherit the Stars and won the wager. It would be the first of roughly 30 novels and dozens of short stories.

By 1872, Leland Stanford was a powerful, wealthy industrialist who turned his interests toward horse racing. He became deeply embroiled in a popular discussion of the day—whether a horse’s feet all left the ground at the same time while galloping or not. He hired photographer Eadweard Muybridge to find out.

The story goes that Stanford bet $25,000 on the outcome of Muybridge’s experiment. However, there is no conclusive evidence of this, so it’s likely that Stanford only wagered his name and reputation.

In 1878, Muybridge produced the required photos using state-of-the-art technology capable of snapping 12 shots in half a second. They clearly showed the horse’s feet off the ground simultaneously. More important, though, they served as a precursor to motion pictures.

He might not have made a fortune, but Stanford was proven correct. Crucially, he realized the importance of Muybridge’s innovation and continued to fund his work. Eventually, Muybridge built the “zoopraxiscope,” the first movie projector. 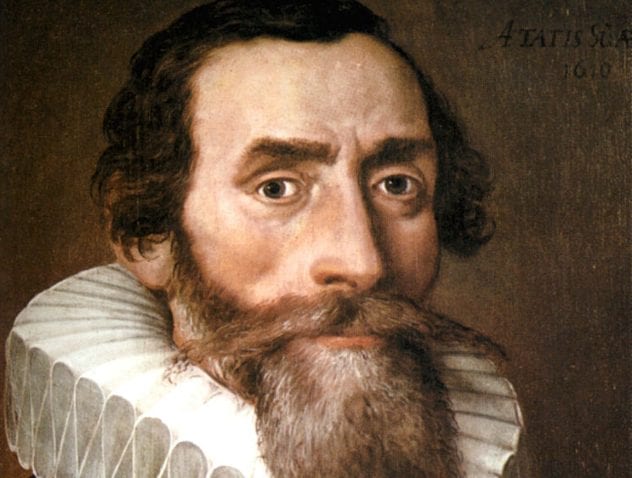 Newton’s Principia was born from a wager to better understand Kepler’s laws of planetary motion. A century earlier, those same laws were the result of a boastful bet between the German astronomer and his mentor.

In 1600, Johannes Kepler started to work for Danish astronomer Tycho Brahe as an assistant. Brahe was known for his detailed collection of astronomical observations, but as Kepler soon found out, he was also protective of his data. Brahe limited Kepler’s access and tasked him with understanding the orbit of Mars.

Mars had one of the least circular orbits, which didn’t fit current views of the solar system. This actually proved useful for Kepler in testing out new theories. Perhaps also to show off his teacher, Kepler bet that he would be able to figure out Mars’s orbit in eight days.

In the end, it took him eight years, and Brahe never got to see it, but Kepler’s efforts resulted in the laws of planetary motion. 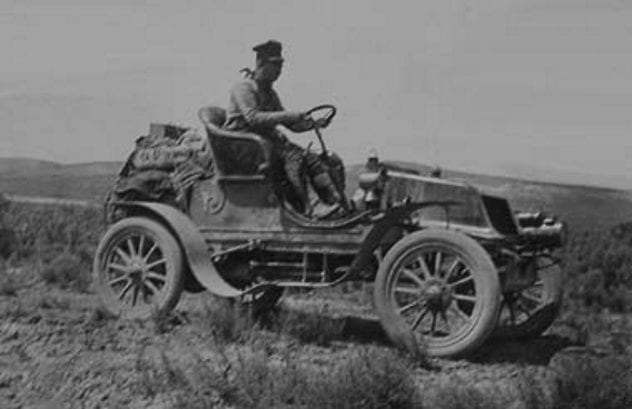 In 1903, Horatio Nelson Jackson was an automobile enthusiast who went against the popular thought of the day, which said that the car was just a fad with no practical future. After a visit to a social club, Jackson accepted a $50 bet that he would not be able to drive a car across the United States in less than 90 days. He embarked on what would become the country’s first cross-country road trip.

Jackson had no mechanical or navigating experience and barely knew how to drive, so he convinced a man named Sewall Crocker to be his traveling companion and mechanic. On May 23, the duo set off from San Francisco and headed for New York. They arrived in Manhattan 63 days later. Jackson won the $50 bet and wholeheartedly proved the car’s value, but he lost around $8,000 in repairs and spare parts. 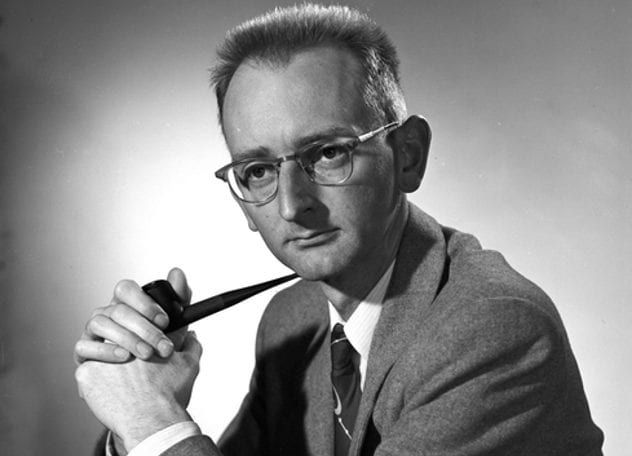 Photo credit: Lawrence Berkeley National Laboratory via the US Department of Energy

Maurice and Gerson Goldhaber were two of the leading particle physicists of the 20th century. After escaping Nazi Germany, they relocated to the US and proceeded to contribute greatly to our understanding of the subatomic world.

Collectively, the brothers helped to document new particles, determine the spin of certain particles, and show that the expansion of the universe is increasing due to dark energy. But they clashed over one particular issue—the existence of the antiproton. Gerson was part of a team at Berkeley working to find the elusive antiparticle. Conversely, Maurice was so convinced that he bet theorist Hartland Snyder $500 that the antiproton didn’t exist.

In 1959, Owen Chamberlain (pictured above) and Emilio Segre proved the antiproton’s existence and won the Nobel Prize. Gerson’s team was just a few months behind and ended up confirming their find. Chamberlain later admitted that his work was bolstered by the bet and a desire to prove Maurice Goldhaber wrong. 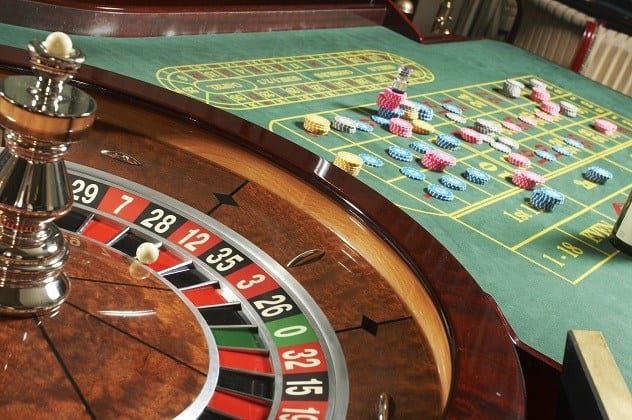 From the archives are our previous lists about money and gambling.