There are archaeologists who dedicate their lives to trying to uncover little pieces of history. Sometimes, though, the greatest archaeological discoveries are made by ordinary people who stumble upon them by chance. Ironically, they find things that reveal more about the past than most professionals find in a lifetime of work.

10 The Rosetta Stone Was Used As A Building Slab 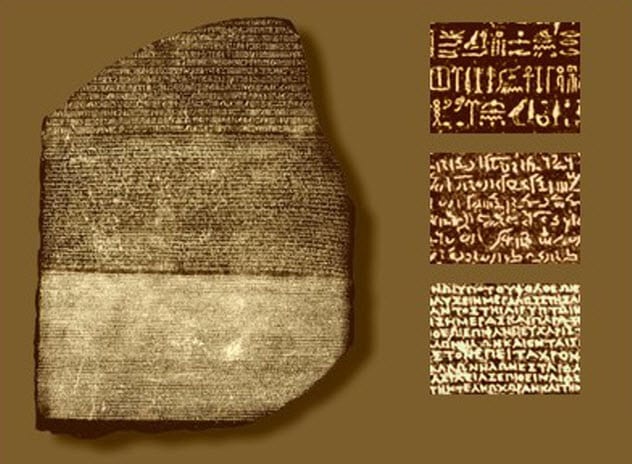 In 1799, the French army was marching through Egypt. This was a military invasion, but Napoleon had his eyes on more than just land. With the army were 167 scientists and artists, who were sent to explore and examine relics of an ancient culture.

Their greatest discovery came by chance. A troop had made its way to the town of Rosetta, where they prepared to build a fort. One soldier dug up an old stone slab and was using it to build a wall when his lieutenant noticed some strange writing in three languages on the stone. 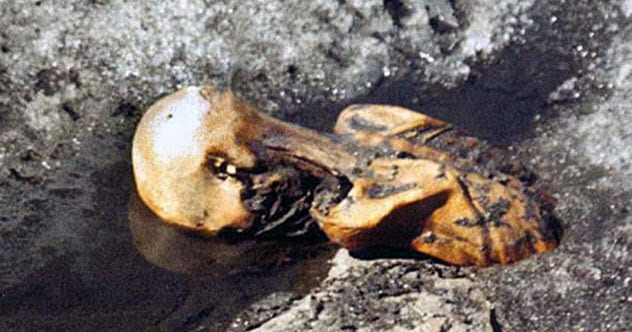 In 1991, two hikers made an incredible discovery while taking a shortcut down the Otztal Alps. Wandering off the beaten path, they soon found themselves in a gully looking at the naked body of a dead man who was over 5,000 years old.

Facedown in the snow, the man’s skin was tight and red and his flesh was eroded. The hikers, sure they’d stumbled upon the scene of a murder, took a photo and rushed back into town to notify the police.

It took a team four days to get the man out. But when they did, they found the mummified remains of a hunter who had died in 3300 BC. The caveman, whose body had been preserved by the cold, is the oldest natural human mummy we’ve discovered. It has given researchers incredible insights into how humanity once lived.

8 A Successful Archaeologist Thought She Was An Egyptian Princess 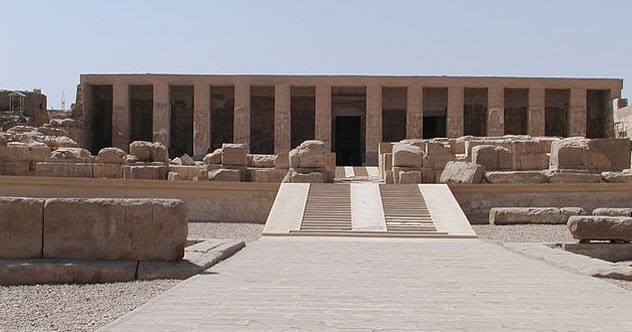 At age three, Dorothy Eady fell down the stairs and nearly died. Afterward, she experienced recurring dreams of being in a huge columned building. She didn’t understand the dreams until her parents took her to the Egyptian exhibit at a museum. There, she cried that she was home.

By adulthood, Eady had moved to Egypt, where she called herself “Omm Sety” and told people that she was the reincarnated lover of Pharaoh Seti I. The archaeologists there would normally have ignored this mad woman except that she had a habit of being right.

Eady discovered the garden of the Temple of Seti I by telling archaeologists, “I remember the ancient garden was here.” They dug where she’d pointed, and it was there.

She also translated ancient Egyptian blocks and wrote scholarly articles that have contributed to our understanding of the Egyptian people. Eady maintained to her death that she was using her memory of a former life.

7 A Japanese Farmer Found A 1,700-Year-Old Seal From An Emperor

In 1784, a rice farmer in Japan was trying to repair an irrigation ditch. As he worked, he noticed something shiny lodged between two rocks. When he dug it out and washed it off, he was holding a seal made of pure gold.

The farmer brought it to a local scholar, who realized that the seal was a legendary relic gifted by Emperor Guangwu of Han to a Japanese emissary during the first state meeting between China and Japan in AD 57.

The seal was also the first time that the Japanese had seen Chinese characters, which were later adopted into the kanji script that Japan still uses today.

6 An Ancient Roman Villa Was Found On Google Earth 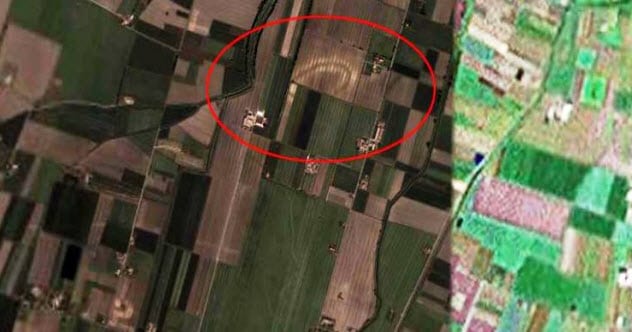 Photo credit: All That Is Interesting

Playing with Google Earth, an Italian man was looking at his city from space when he noticed something unusual—an oval shape on the ground that was 500 meters (1,640 ft) long with strange shadows nearby.

When he traced the shapes of the shadows, they looked like the shapes of buildings buried in the ground. Curious, he uploaded his discovery to his blog and then called some local archaeologists to see what they thought.

Based on the man’s tip, the archaeologists started digging and found an entire ancient Roman villa buried under the earth. It was a major historical artifact that was discovered by a man killing time on his computer. 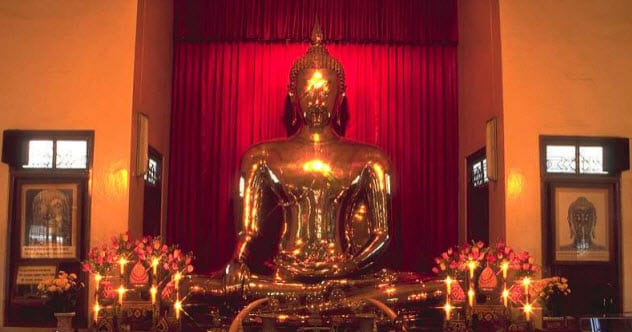 For 700 years, a monastery in Thailand kept a statue of Buddha that was made of plaster. In 1935, the monastery ordered some workers to move the statue to the side of an old building used to store relics of no special importance.

During the process, one worker is believed to have fumbled and let the statue crash to the ground. Some of the plaster chipped off and the workers saw the shining glimmer of pure gold. When the rest of the plaster was torn off, they found a statue made of 5 metric tons (5.5 tons) of pure gold underneath.

The statue, the largest golden Buddha in the world, is now housed in its own building just to show it off. But the Golden Buddha might never have been discovered if it weren’t for one clumsy worker.

4 King Tut’s Tomb Was Found By The Water Boy 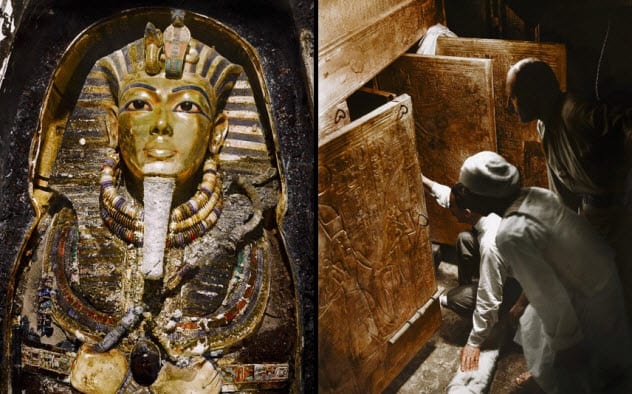 Archaeologist Howard Carter would not have found King Tut’s tomb if not for the pure dumb luck of his water boy. Carter had already spent years searching unsuccessfully for a tomb rumored to be in the area. But it was going so poorly that his funding was to be cut off in a few more months.

With him, though, was a boy whose only job was to fetch water. Bored, the water boy started playing with a stick in the sand when he stumbled upon a stone step. He told Carter, who rushed over and started digging.

It took 22 days for Carter and his men to trace their way down the steps and through the sealed door at the bottom. But when they did, they discovered a massive tomb full of more gold and treasure than any found in Egypt—all thanks to a bored water boy.

3 The Terracotta Army Was Found By Farmers Digging A Well 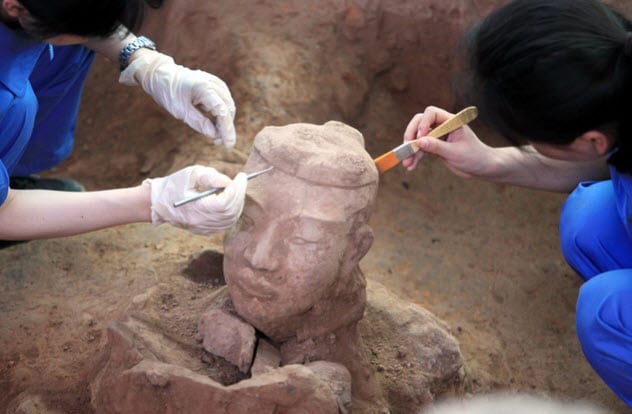 In 1974, a Chinese farmer had been digging a well for two days when he hit something hard in the earth. He looked down and found a piece of terracotta, which looked like the opening of a bowl.

“It’s an old jar,” his friend told him. The friend suggested that the farmer dig with care so that they could use the jar for storage at home. As the farmer kept digging, though, he realized that he’d actually hit the neck of a statue—and that there was a whole body underneath.

The men took their discovery to a museum, where the experts quickly realized that these were Qin dynasty relics. Eventually, archaeologists unearthed the legendary Terracotta Army. Meanwhile, the farmer was paid 5,000 yuan for his land and given a new job signing autographs at the museum. 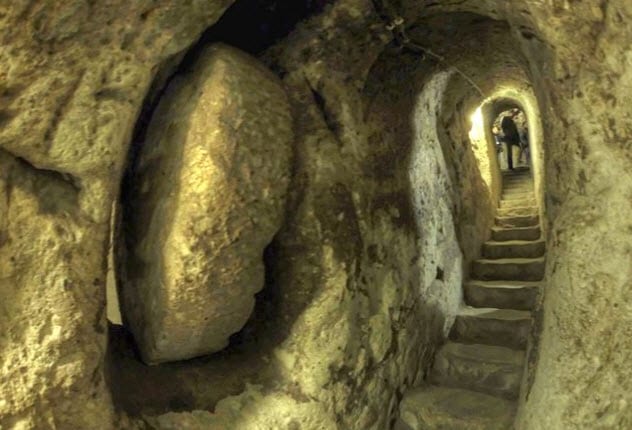 In 1963, a man living in Turkey decided to do a little home renovation. He knocked down a wall and found a strange room on the other side. A little terrified, he kept digging and discovered an intricate tunnel system winding through an underground city that went 85 meters (280 ft) underground.

It was Derinkuyu, an ancient underground city built between the 12th and 15th centuries BC. The underground complex was used by the Hittites to hide as many as 20,000 people from enemy raids. Today, tourists can explore the caves and see a whole city that was hiding on the other side of a man’s wall. 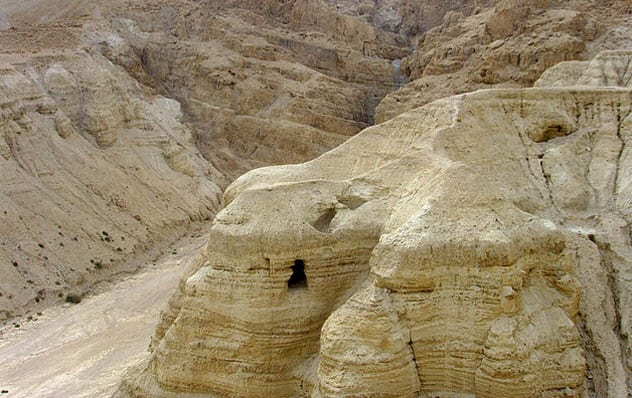 In 1947, a group of Bedouin herders went looking for a lost goat. Their search took them through a cave that hadn’t been explored in a long time. There, they unexpectedly found jars filled with ancient manuscripts.

The herders had no idea that they’d stumbled upon the Dead Sea Scrolls, manuscripts of the Old Testament that would prove to be one of the biggest discoveries in history. The herders grabbed the jars, brought them into town, and sold them to a trader for $60.

As the manuscripts were passed around, some of them were sold in the US for $250,000. Realizing what they’d found, the herders changed professions. They started working with archaeologists and helped them find 981 ancient texts that became major study tools for scholars. This time, the herders earned a hefty $300,000 for their work.