When fighter planes and ships were downed by their enemies in World War II, it didn’t always mean the death of every person aboard. Sometimes, a few people survived but found themselves stranded behind enemy lines. With no one searching for them, they were forced to find their way back home on their own.

Some of the people who made these journeys went through unbelievable experiences—and they made it back alive.

10 Five Americans On A Lifeboat Sailed Through A Typhoon 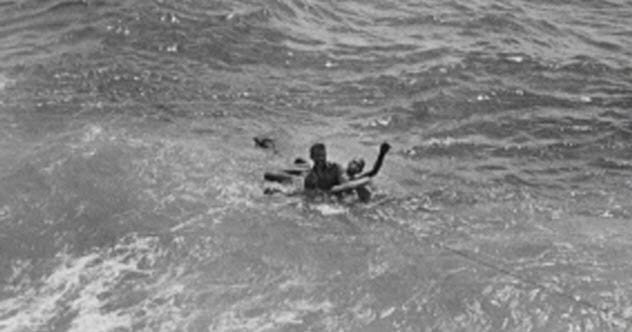 Calvin Graef, a prisoner of war aboard a Japanese vessel, was cooking rice when he heard his captors in a panic. US ships had found them, but this wasn’t the rescue he’d dreamed of. The US ships had fired torpedoes and destroyed the Japanese ship with Graef and other prisoners of war still trapped on board.

Graef survived by clinging to pieces of the wreckage. Soon, four American POWs who’d escaped picked him up on a lifeboat and helped him aboard. The men made a rudder for their boat by breaking up parts inside. Then they sailed west toward China.

Their trip took them through a typhoon and over 480 kilometers (300 mi) of ocean. In the end, Chinese fishing boats took them to shore, fed them, clothed them, and sent them home. 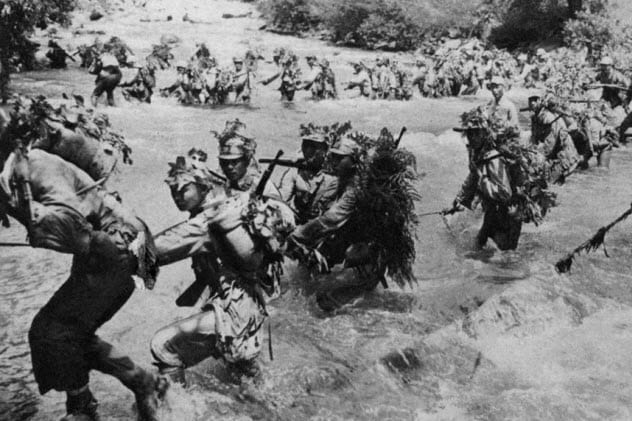 In January 1945, Japanese soldiers were forced off Ramree Island by a troop of invading British soldiers. One thousand of the men escaped, fleeing through a swamp. They thought they were going to make their way to safety.

Instead, the men began a 16-kilometer (10 mi) trek through a swamp infested with crocodiles, some weighing as much as 900 kilograms (2,000 lb). The blood of the injured soldiers lured the crocodiles in. Meanwhile, the men struggled through as crocodiles emerged out of nowhere, grabbed the men, and dragged them under, never to be seen again.

The soldiers fired their guns wildly every time one emerged, but it didn’t stop the crocodiles. One by one, the men were dragged into the water by the hungry animals. By the end, only 400 of the 1,000 men who’d entered the swamp made it out alive. 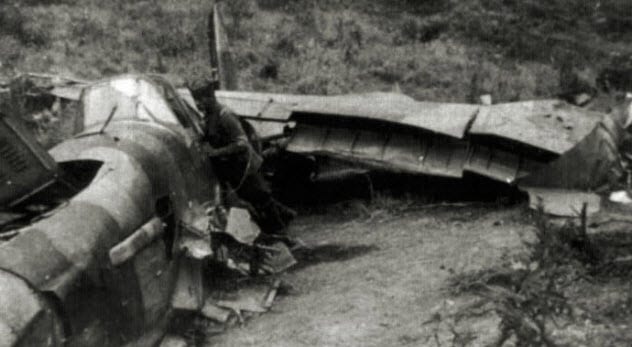 When Soviet Lieutenant Kuznetsov was shot down by a German pilot, he crash-landed in an open field and ran for cover as his plane exploded behind him.

But the German pilot who’d shot him down made a mistake that saved Kuznetsov’s life. The German flew down to the wreckage, eager to take a souvenir of his kill home. He climbed out of his plane and went through the wreckage, unaware that Kuznetsov was still alive.

Kuznetsov sneaked out of his hiding spot, climbed into the German’s plane, and took off, leaving the man who’d shot him stranded on the ground.

Then Kuznetsov had to fly home, entering Soviet airspace in a German plane and having to dodge fire from his own men. Fortunately, he made it through alive and returned to the safety of home. 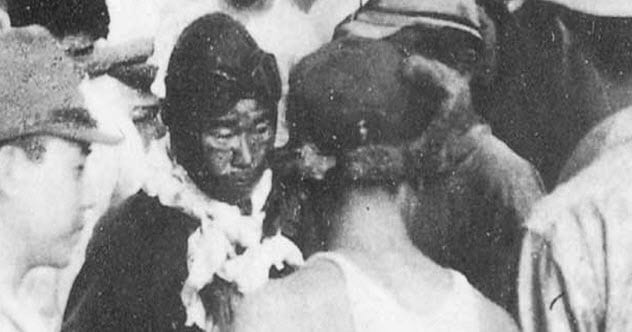 In 1942, Saburo Sakai, one of Japan’s greatest flying aces, was nearly taken by an enemy bomber. The bomber riddled Sakai’s plane with bullets, one of which hit him in the face. Sakai lost sight in his right eye and couldn’t get the left side of his body to move.

Sakai was determined to go out as a hero. He planned on making a kamikaze run against the first ship he saw. But he didn’t stumble upon a single ship. For four hours, he flew over 1,050 kilometers (650 mi) with half of his body paralyzed.

But he made his way home. 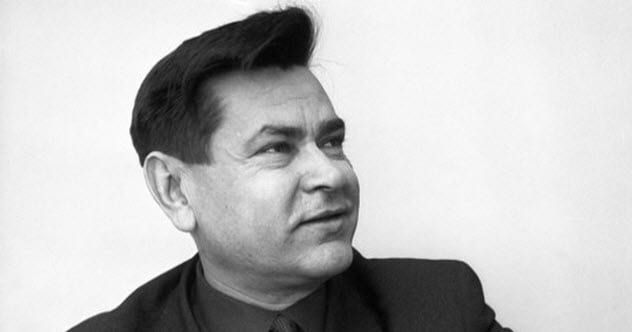 When Alexsei Maresyev’s plane was shot down by Germans, he found himself trapped inside German-controlled land. He was bleeding from several wounds and was quickly losing the use of his legs. But he was determined to survive.

Maresyev crawled through the forest, gradually making his way through enemy lines and back into Soviet territory. His legs were so badly injured that he eventually lost the ability to stand. It took 18 brutal days of pulling his body across the ground to get through. When he made it back, he was so badly hurt that his legs had to be amputated.

After being fitted with prosthetic legs, Maresyev went right back into his plane and back into combat. “There’s nothing extraordinary in what I did,” he told reporters later. “The fact that I’ve been turned into a legend irritates me.”

5 A Plane Crashed Into A Jungle Filled With Cannibals 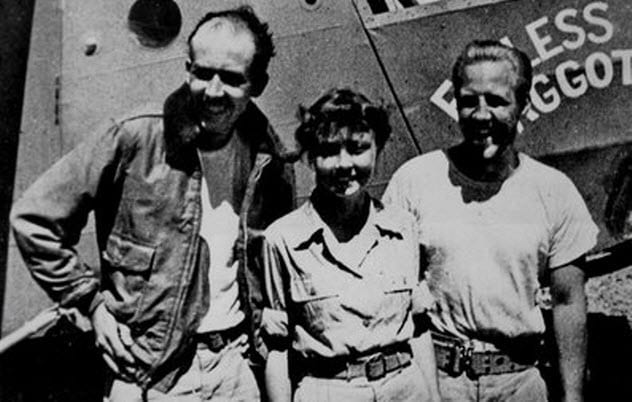 In May 1945, a plane flying over New Guinea crashed into a jungle. The pilot, who couldn’t see past the clouds, just flew into the side of a mountain. His mistake killed 19 of the people aboard and left the last few survivors stranded 260 kilometers (160 mi) from civilization.

A tribe living in this jungle still used Stone Age technology, and rumor had it that they were cannibals. In time, the plane crash survivors were spotted by the tribe. The survivors were terrified, but they had no choice but to offer a greeting and hope for the best. To their surprise, this tribe of supposed cannibals just flashed them a smile and then helped to feed and protect them.

Meanwhile, US paratroopers staged a rescue. The lost crew was found and flown out of the thick jungle on gliders. 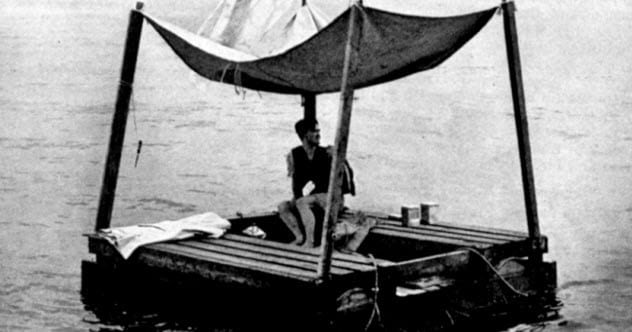 Photo credit: Today I Found Out

Poon Lim was a steward on a British ship traveling to Surinam when Germans attacked the ship with torpedoes. Lim grabbed a life jacket and jumped overboard just seconds before the ship exploded. He was the sole survivor.

Lim climbed aboard a raft in the wreckage and then set out on a grueling journey alone. After the rations on the raft were gone, Lim became so desperate for water and food that he actually tried to lure sharks to him.

At one point, he killed a bird with a knife he’d fashioned from a biscuit tin. Then he used the dead bird to lure a shark to his raft, bashed the shark’s head with a jug, and drank its blood.

Lim passed by several US and German vessels but was ignored by every one. Finally, he was spotted by Brazilian fishermen who brought him ashore after 133 days at sea. 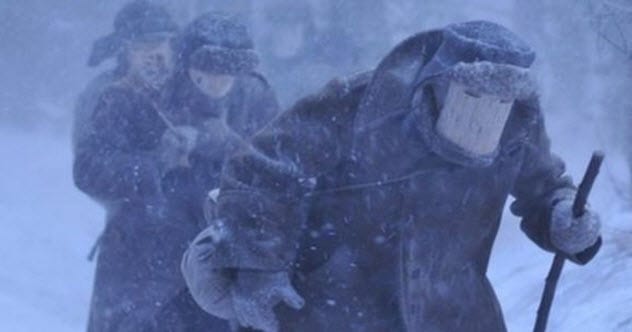 Slavomir Rawicz spent two years in Siberia as a prisoner of war. Then, with the help of the camp commandant’s wife, he and six others escaped. But their trip to safety wasn’t easy.

By the end, they had traveled 6,400 kilometers (4,000 mi) and lost three men. Four of the men survived, though, after traveling through the harshest environments in the world. 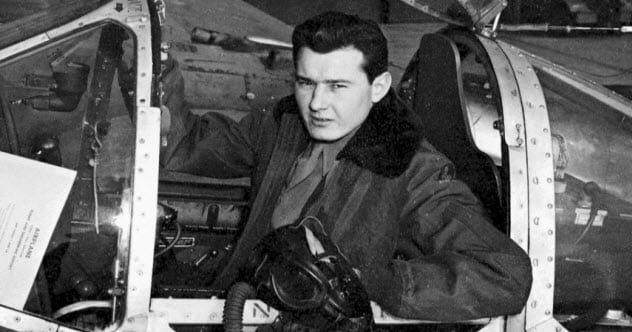 When Bob Hoover was trapped as a German prisoner near the end of the war, he saw an opportunity to escape. A German fighter plane had been left unattended, so he took it.

It wasn’t until Hoover was in the air that he realized how insane his plan was. He intended to fly to Holland, but he realized that he would undoubtedly be shot down when they spotted him in a swastika-adorned plane.

As soon as he saw an open farmer’s field, Hoover touched down. Dutch farmers charged at him with pitchforks, believing he was a downed Nazi pilot. Hoover tried yelling to them, but they couldn’t understand. It seemed like the end—until a British army truck drove over. 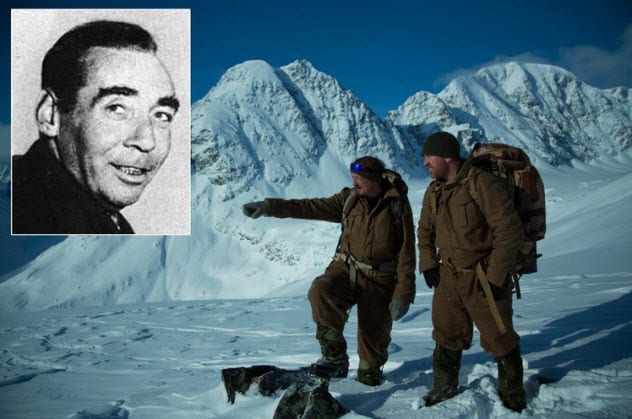 As Jan Baalsrud’s ship was attacked by Germans, he and his crew realized that they couldn’t win. Hoping for nothing more than a few more enemy casualties, the men lit a fuse, jumped overboard, and let their ship explode.

Baalsrud swam to shore and watched as his crew was rounded up by German soldiers. When they came for him, though, he shot two of them dead. Then he fled through the snow.

Baalsrud was wet, missing a boot, and trapped in frozen lands. For nine weeks, he traveled through the cold. His bare foot froze, and he had to cut off his own toe to stop the spread of gangrene. He was hit by an avalanche and buried under snow for four days.

Still, he dug through the snow and made his way to a group of villagers, who carried him to safety on a stretcher. Jan Baalsrud survived. 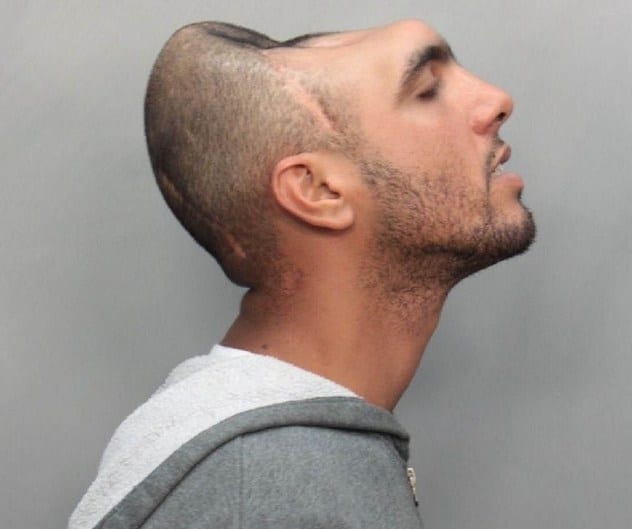 For more astonishing tales of survival, look no further than the Listverse archives: