In the early 1950s, the CIA started a program called MK-ULTRA. Fearing that the Soviet Union was getting ahead in espionage, they investigated whether LSD could be used for mind control.

The existence of MK-ULTRA is fairly well-known, but most people don’t know just how crazy the details were. CIA agents did some absolutely insane things with LSD. It’s not entirely clear that the government actually learned anything, but they definitely got some incredible stories out of it.

10 Agents Slipped Each Other LSD 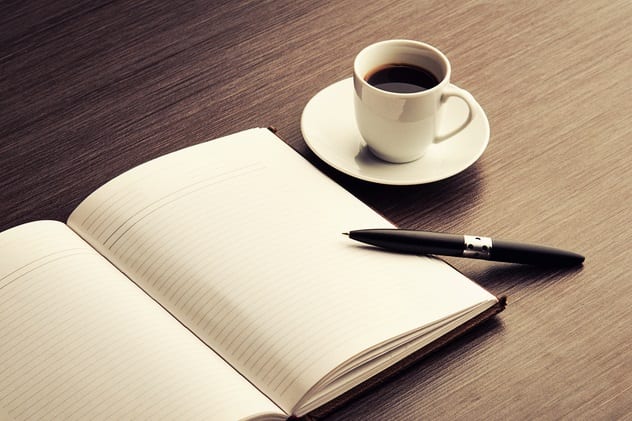 In the early days of MK-ULTRA, LSD was mostly tested on willing agents. CIA agents would very carefully take small doses of LSD and take notes on the effects.

As time passed, though, it escalated. Any agent who took LSD also agreed to be dosed unexpectedly at any time. Agents would secretly spike each others’ drinks so often that finding out your morning coffee had acid in it was just considered an “occupational hazard.”

It got so bad that when the CIA held an office party in 1954, they had to send a memo out to their staff specifically instructing them not to put LSD in the punch. Even then, the agents didn’t trust each other. One agent allegedly still brought his own wine bottle—and refused to put it down for even a second.

9 A Magician Taught The CIA Sleight Of Hand 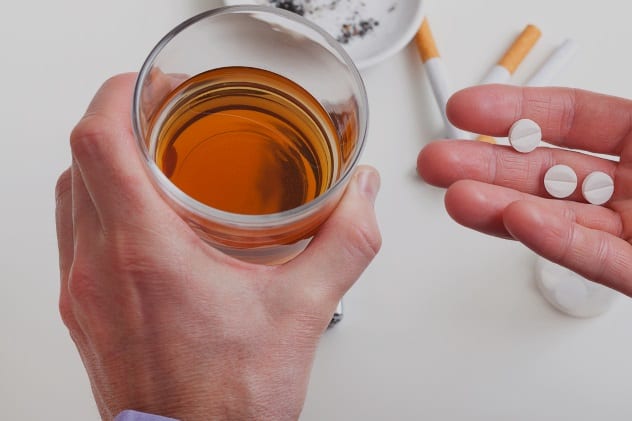 Drugging people with LSD didn’t remain an in-house activity for long. In short time, the CIA decided to expand its program onto unsuspecting citizens, so they called in the experts—magicians.

John Mulholland, a professional illusionist, wrote a manual on sleight of hand, specifically so agents could add a little zest to your drink with a splash of LSD. He taught agents how to distract an audience with a dramatic action, such as lighting a match, to hide what their other hand was doing. He even suggested tricks that the CIA could use, such as gluing a pill to a matchbook and making it fall into a cup.

The manual features a little deception of its own: In the foreword, an attached message says that Mullholland’s methods “were never actually used,” but other documents reveal that Mulholland’s deceptions were a key part of the MK-ULTRA program.

8 The CIA Hired Prostitutes To Drug Their Clients 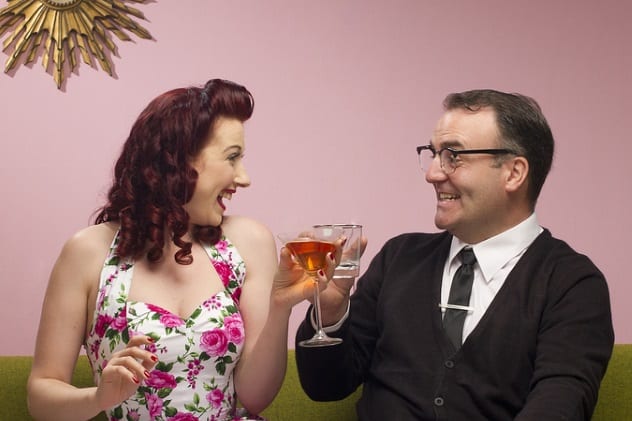 One way the CIA tested out LSD was through Operation Midnight Climax—an operation that truly lived up to its name.

The CIA set up a brothel and paid prostitutes $100 to lure unsuspecting men inside. Once there, the men were given LSD-laced liquor and brought to a bed next to a one-way mirror, with agents on the other side, watching.

Officially, the CIA was testing the prostitutes to see if they could become secret agents. They wanted to know if they could get information from a target using sex and drugs.

Unofficially, however, this may have just been an excuse for CIA agents to watch people have sex. The head of the project, George White, later wrote that it was “fun, fun, fun” and mused, “Where else could a red-blooded American boy lie, kill, cheat, steal, rape and pillage with the sanction and blessing of the all-highest?”

7 Mental Patients Were Drugged Into Comas 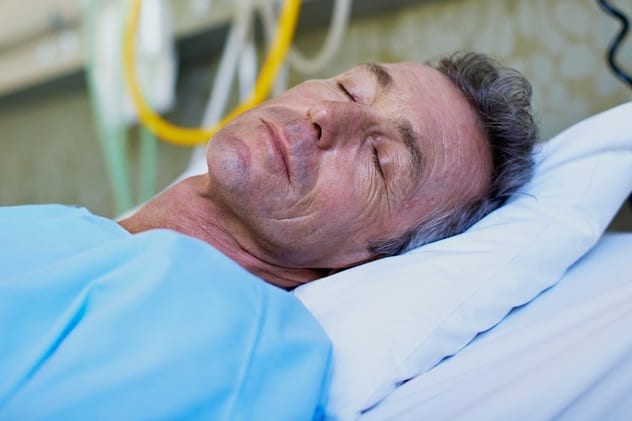 Canada got involved in MK-ULTRA, too. A McGill professor named Dr. Hebb successfully brainwashed students into accepting that God created the world in seven days. He put atheist students in a sensory deprivation tank and played them recordings supporting creationism. When they came out, the students were “very supportive” of the idea that the universe was created by an all-powerful god.

Another McGill scientist, Dr. Cameron, took Dr. Hebb’s ideas a step further. He believed he could use them to completely rewrite a person’s brain. He used a cocktail of drugs to put mental patients into a ten-day coma. When they came out of it, he started giving them electroshock therapy twice a day, nearly five times more often than normal treatment.

Dr. Cameron hoped he could “depattern” a person’s brain and then rewrite their entire worldview—and it just may have worked. A few years later, Dr. Cameron’s method showed up in the CIA’s interrogation training manual. 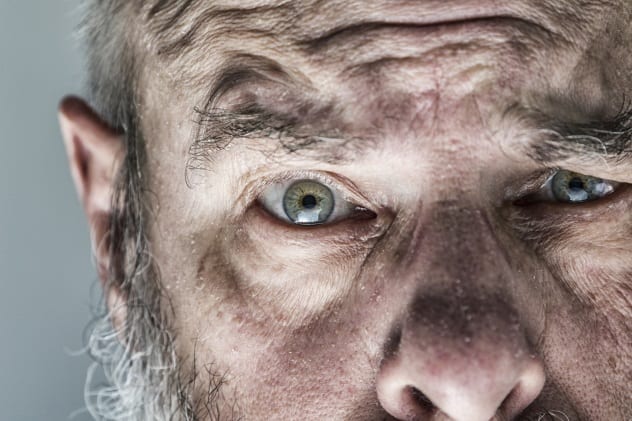 Some experiments simply tested how long agents could keep somebody high. As it turned out, the answer was for a very, very long time.

In one experiment, a group of African Americans with preexisting drug habits were brought in and given LSD. One group of seven men received LSD every day for 77 days straight. Every time they built up a tolerance to the drug, the researchers would double or quadruple their dosage to see if they could break through.

That was their record for a group, but it was a far cry from the top score. A mental patient in Kentucky was pulled out and drugged up so often that he was allegedly continuously high for 174 days. After the experiment ended, the mental patient supposedly appeared to be in a permanent acid trip for the rest of his life.

5 They Gave LSD To A Cat

The CIA drugged animals, too. Allegedly, they gave LSD to everything from dogs to spiders. One experiment, done on a cat, was even filmed and publicly circulated.

First, they put a sober cat in a cage with a mouse. Predictably, the cat immediately snagged and ate the mouse. When they loaded the cat up with drugs, though, the cat’s behavior changed. While high on LSD, the cat was absolutely terrified of the mice. It would leap to the corner of its cage and try to scurry to safety every time a tiny mouse came near it.

Most of MK-ULTRA was kept secret but not this experiment. The video you see above was even sent out to the Army as proof of just how much progress the government was making in the important field of getting various creatures high.

4 They Overdosed An Elephant 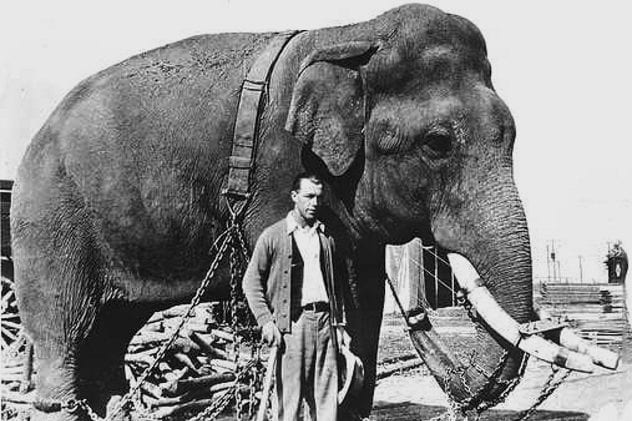 The CIA tried LSD on everything—including an elephant.

In 1962, the University of Oklahoma, working with the CIA, conducted an experiment on the effects of LSD on elephants. They wanted to see if they could make an elephant go savagely violent by shooting it with an LSD-filled dart, but they ended up killing it instead.

The elephant weighed 3,200 kilograms (7,000 lb), so the researchers loaded it up with a massive 297-milligram dose of acid. The elephant didn’t go crazy; instead, it let out a trumpet, collapsed onto the ground, pooped itself, and started having a seizure.

They tried to save the elephant by pouring 2,800 milligrams of Sparine into its ear, but it didn’t work. The elephant lay on the ground convulsing for an hour and 40 minutes before it died.

3 They Drugged A French Town 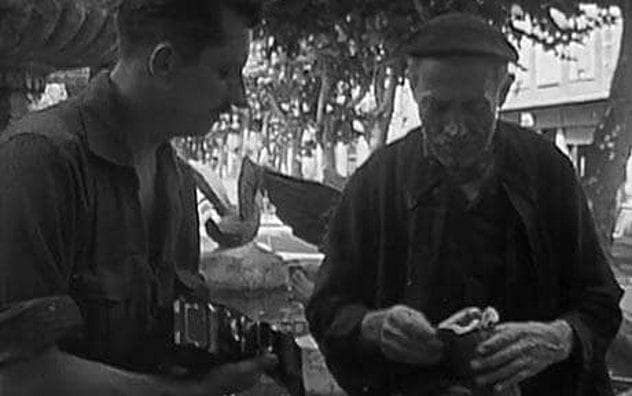 In 1951, a town in France was overcome by sickness and hallucinations. One man thought he was being eaten alive by snakes and jumped into the water, trying to drown himself. Another man saw his heart crawling out through his feet and begged doctors to put it back. Others saw red flowers growing all over their bodies. Many were hospitalized, and at least five died.

The official explanation was that a local bakery’s bread was contaminated with ergot, a psychedelic mold. One journalist named H.P. Albarelli Jr., though, claims that sources within the CIA have told him that they laced the bread with LSD.

As soon as Albarelli made his claim, other articles came out accusing him of lying, and nobody knows for sure if the CIA really was behind this one. The biggest thing that makes this chillingly possible, however, is that the CIA doesn’t even deny the other items on this list. The only claim they still dispute is that they killed five citizens in an allied country.

2 They Tried To Drug Fidel Castro 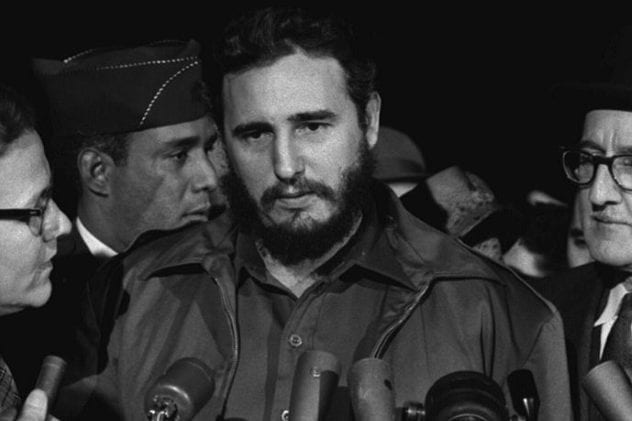 The CIA was determined to hurt Fidel Castro. All kinds of mad schemes came out, from ways to kill him to ways to humiliate him—including one that involved getting him high.

The plan was to dose Castro with LSD while he was giving a live conference on TV. The agents hoped that if Castro felt the effects of LSD while giving a speech, he’d start to freak out and embarrass himself in front of the nation.

The scheme was scrapped when the United States decided to move away from plans to humiliate Castro and onto plans to murder him. They didn’t give up on the idea of drugging enemy leaders, though. It was floated again a little while later when talking about what to do with Egyptian president Gamal Abdel Nasser.

1 They Only Stopped Because They Found A Better Drug 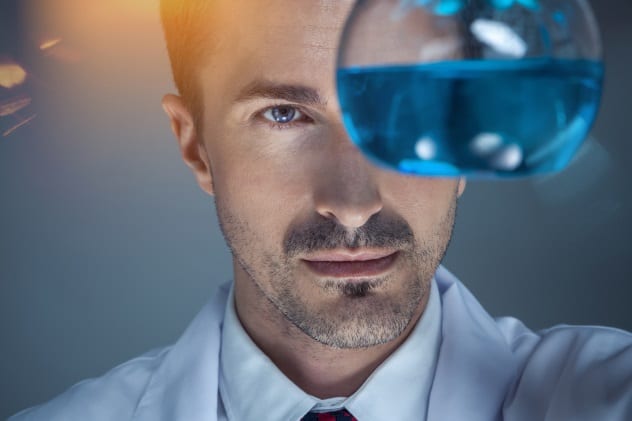 In 1962, the government released a clause that required agents to request special permission from the FDA before using LSD in an experiment. The wild days of surprising people with LSD-spiked drinks were to coming to an end, and while MK-ULTRA wouldn’t be canceled for more than a decade, it started to calm down.

The CIA, however, was already using LSD less, anyway. It would be nice to say that this was because they grew a conscience, but they just found something harder. By this time, the CIA was experimenting with a drug called BZ.

After MK-ULTRA ended, the agent in charge declared it “useless,” but he’d made a bigger impact on the world than he knew. One of his subjects would go on to start the Electric Kool-Aid Acid Test, credited with sparking the hippie movement. Another would become the Unabomber.

MK-ULTRA didn’t exactly make the world a safer place—but it definitely made it a different one. 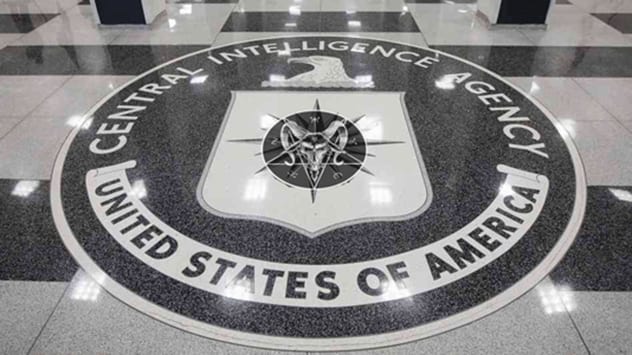 Shockingly, this list is but a scratch on the surface of terrible acts perpetrated by the CIA. Here are some of the many many more from the Listverse archives: