The idea of finding intelligent life elsewhere in our solar system has largely been confined to science fiction stories and movies about Moon-dwelling Nazis. That has not always been the case, though. For decades, astronomers and theologians alike have claimed that they discovered or could rationalize proof of life on our planetary neighbors. 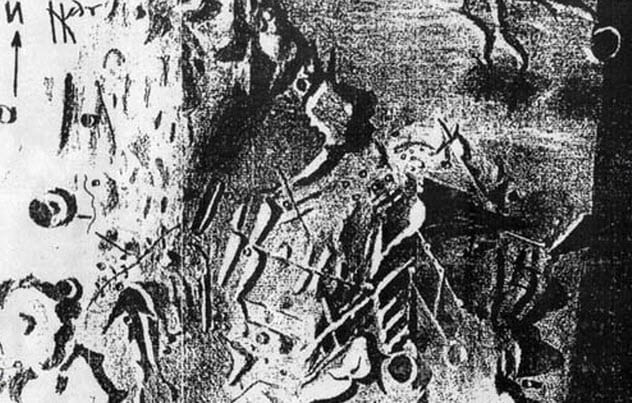 In 1824, Franz von Paula Gruithuisen, a German astronomer and physician, published a paper with the hefty title, “Discovery of many distinct traces of lunar inhabitants, especially one of their colossal buildings.” In a series of papers spread out over 28 years, he defined what he believed to be a true lunar city near the crater called Schroter.

In numerous drawings, Gruithuisen interpreted what he saw through his telescope as artificially constructed buildings, waterways, and roads. He drew incredibly beautiful, detailed maps of the Moon’s surface, but most of his contemporaries dismissed his “Lunar City” claims as nonsense. 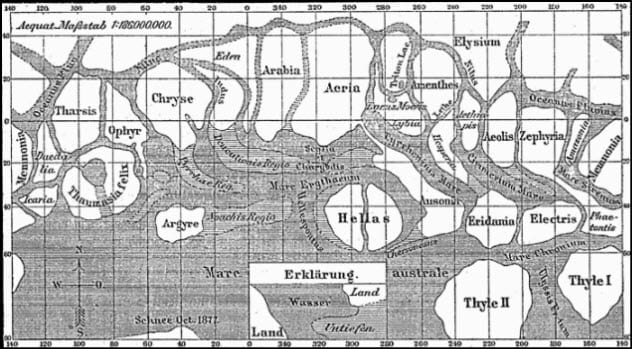 Giovanni Schiaparelli was an Italian astronomer who made some of the most complete and accurate observations of Mars in the 19th century. In 1877, Mars reached a point in its orbit that brought it close to Earth.

During Schiaparelli’s observations of the approaching planet, he diagrammed light and dark areas on the surface. He also gave the areas names and wrote a treatise in which he talked about the distinctly Earthlike characteristics of Mars.

Schiaparelli drew maps of canali (“channels”). Even though he used the term interchangeably with fiumi (“rivers”), the connotation of a canal being something that was artificially constructed by sentient hands had already taken hold in popular imagination.

Due to his color blindness, Schiaparelli’s perception of color influenced his ability to see the canals. As a result, he appeared to see things that others couldn’t. Although he never suggested that the canals were artificial, he was careful to say that anything was possible. 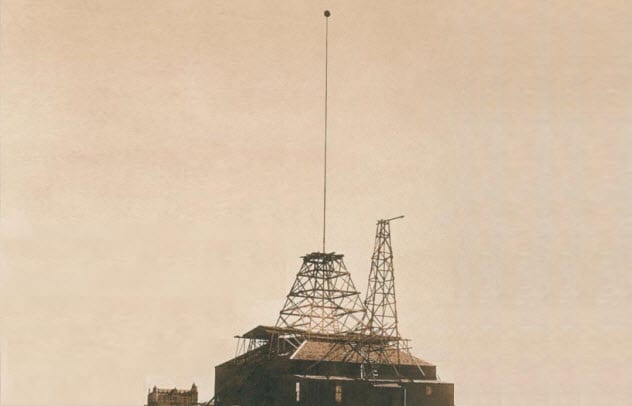 Although Guglielmo Marconi and Nikola Tesla are most commonly associated with their pioneering work in various scientific fields, their work with radio signals led them both to believe that they were picking up messages from Martians.

Tesla first developed the idea of using radio waves to contact extraterrestrial life around 1896. In 1899, his Knob Hill Tesla coil receiver picked up strange, regularly repeating signals. He believed they were coming from people living on Mars. He separated the signals into groups that historians now think were either misinterpreted data or interference from Jupiter’s magnetosphere.

Marconi picked up signals that he believed were proof of life on Mars, and other radio pioneers worked on the idea of using the new technology to communicate with the Red Planet. 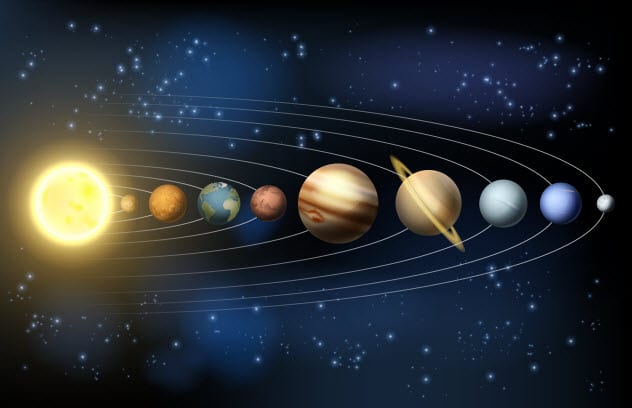 When the scientific world confirmed that Earth was one of a number of planets, the religious world needed to decide if Earth was unique and then determine why God created all these empty planets. Cosmic pluralism became the popular theory. It stated that other worlds must be inhabited by other good, God-fearing Christians because there was no other reason for them to exist.

Sir David Brewster’s proof came in the form of an argument. Since planets were too far away to see the life that was clearly there, we needed to rely on reason. We could see that the planets’ surfaces were at least superficially similar to Earth’s. That meant they were created for the same purpose: to support life.

Brewster likened it to the analogy of an eye. All creatures might have different sizes and shapes of eyes, but they were all for seeing. Therefore, all planets were for living on. 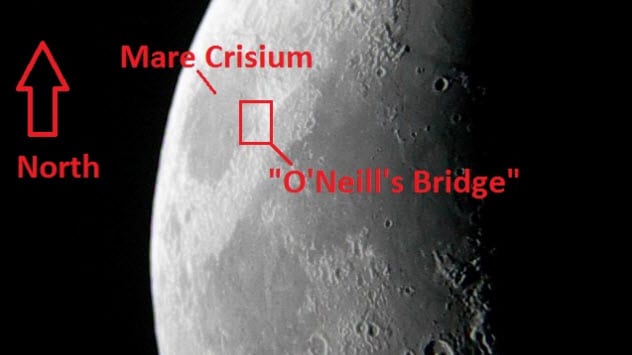 John J. O’Neill was a science editor for the New York Herald Tribune. In summer 1953, he was particularly interested in the landscape of the Moon. On July 29, he made what he thought was an astounding discovery: a bridge built between two rocky outcroppings along the Mare Crisium crater.

Estimating that the bridge was about 19 kilometers (12 mi) long, O’Neill released his observations to the scientific community. Others confirmed that there was something there. 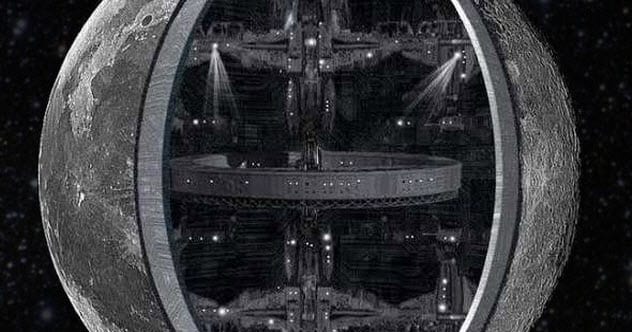 Even though they were members of the Soviet Academy of Sciences, Mikhail Vasin and Alexander Shcherbakov never had much luck getting support for their theory published in Sputnik magazine regarding their proof that men were living on the Moon.

According to the researchers, proof had been right in front of everyone all along. The craters of the Moon were too shallow in proportion to their diameter, making it unlikely that they were caused by impact events on a rock surface.

That only meant, they claimed, that it wasn’t actually a Moon but a space station. They went on to suggest that the Moon was actually a sort of Noah’s Ark, perhaps filled with an ancient civilization that had been wandering the galaxy for millions of years.

That was the only bit of proof they offered, and other members of the scientific community were not impressed. 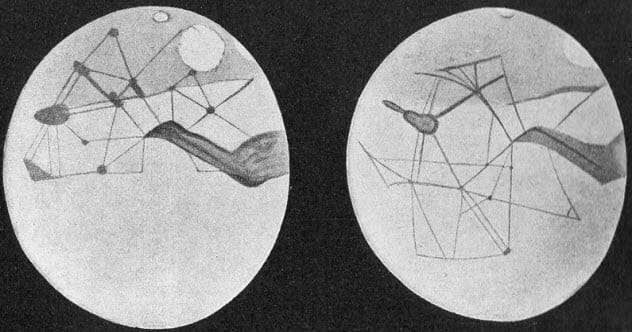 Giovanni Schiaparelli might have been among the first to document the so-called canals on the surface of Mars, but Percival Lowell popularized the idea that they were proof of a civilization. Lowell released several books and numerous sketches that showed how the canals were clearly made by intelligent life.

He claimed that the canals were the last-ditch attempt of a dying civilization to save itself from extinction. The canals had been designed to tap resources from the ice caps of Mars in a story clearly inspired by some of the biggest news stories of the day: the Panama and Suez Canals. Lowell also claimed that there were similar canals visible on the surface of Venus, which started to raise suspicions.

Later comparisons between Lowell’s maps and the pattern of blood vessels in the human retina suggest that he wasn’t mapping the surface of a planet at all. He was mapping the images projected from his own eyeball. 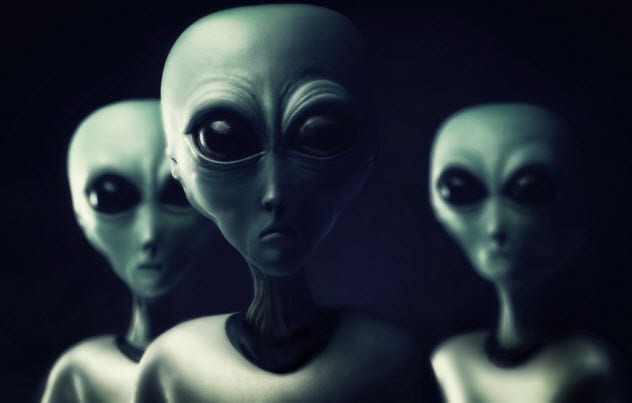 In the 1860s and 1870s, British astronomer Richard Proctor conducted an extensive study of the solar system’s planets to see if they were candidates for supporting life. After accounting for everything from climate and atmosphere to the changing seasons, Proctor concluded that he had enough evidence to prove that there was life on other planets—just not necessarily intelligent life.

Using Darwin’s theories as the basis for his own work, Proctor stated that the specialized conditions he saw on each planet meant that specialized life-forms existed there. Since Mars appeared to have things like oceans and water, he considered it to be a miniature reflection of Earth.

As a result, Proctor believed that Mars was the only place that could support life as we know it. On the other hand, Jupiter could only support very small life-forms, if any. 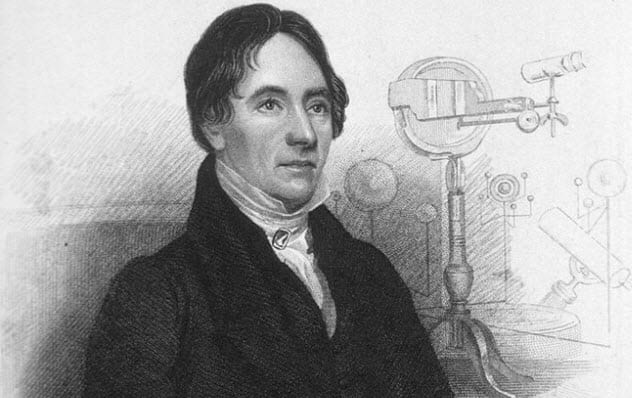 Reverend Thomas Dick, a Scottish teacher and theologian, claimed that science and religion could coexist if there were a grand, sweeping plan for all the planets to be in alignment. That meant that God intended for all the rules on Earth to apply everywhere else. Dick also claimed that he could determine the population of the other planets based on the population of Earth.

He structured his mathematics on the idea that England had a population density of 108 people per square kilometer (280 people/mi2). Comparing that ratio to the number of square miles on each planet, each planet’s satellites, and even the rings of Saturn, Dick estimated the number of intelligent beings that lived on each planet.

Jupiter, he said, had a population of seven trillion, and its satellites were inhabited by another 27 billion people. 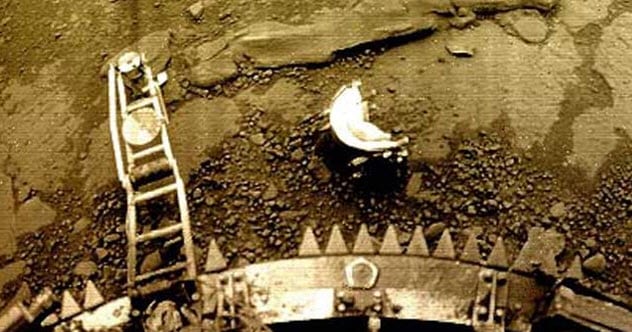 In 2012, Leonid Ksanfomaliti, a professor from Moscow’s Space Research Institute, made an announcement that most people found unlikely. He claimed that when he was analyzing a series of photographs taken in 1982 by the Venera 13, he found proof that there was life on Venus.

He pointed to a supposed giant scorpion that appeared to move through a series of consecutive photos. Ksanfomaliti said that the creature had a visible body and tail that moved and then disappeared out of the probe’s camera range.

A similar creature showed up in photographs taken by another Venus probe. Although that has left some people clamoring over the possibility of life on Venus, NASA says that there is another, perfectly mundane explanation for what is appearing in the rather low-resolution photos. 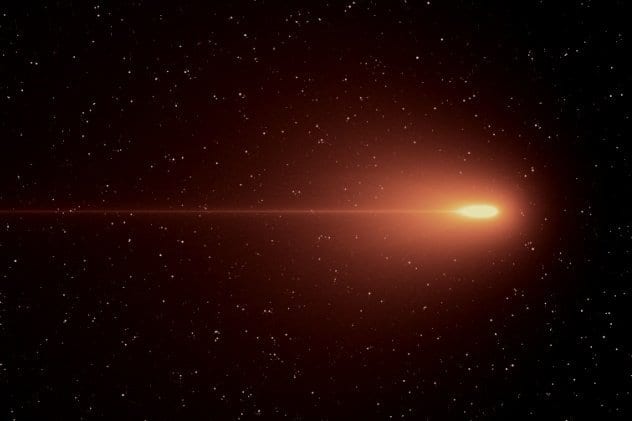 Whether you believe they are out there or not, you can still enjoy reading and speculating! So here are a few more ET lists for your reading pleasure: