Do not confuse hoodoo with Voodoo. Voodoo is derived from the ancient West African religion Vodun. Hoodoo is African American folk spirituality with a mix of Native American and European traditions. It is a complex interweaving of mythology, herbal remedies, and magic. Occasionally, it is referred to as “root working” or “root doctoring.” Some might be familiar with it through Blues music, which has tantalized the outside world with glimpses of mysterious hoodoo rites. 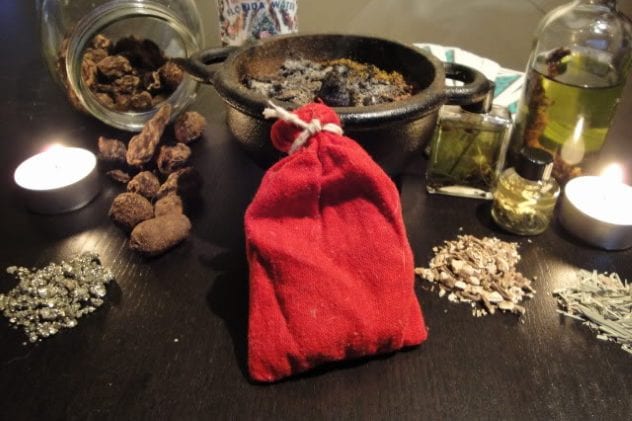 Mojo bags, or “prayers in a bag,” originated in West Africa, where charm sacks are used to drive away evil, bring good luck, or attract lovers. Most mojo bags are made of red flannel. There are also green bags for attracting money, white varieties for baby blessings, and even leather ones found in the West Indies.

The contents of the bags change depending on the aims of the user and can be roots, herbs, animal parts, minerals, tokens, or amulets. A bag intended to control another often contains personal items like hair or fingernails. The more personal the objects, the more power it contains.

A mojo bag must be “fixed” for it to work. This involves a ritual of smoking or lighting candles and incense to breathe life into it. Once activated, the mojo bag must be fed with alcohol, perfume, water, or bodily fluids. To be effective, they must be kept hidden. Men often hide them in their pants. Women tend to use their bras. 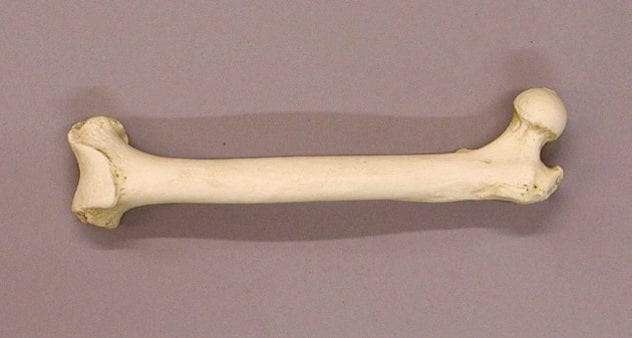 Black cats are often considered a bad omen. However, a bone from a black cat is one of the most powerful charms in hoodoo. It is believed that the bones can grant invisibility, bring back lost lovers, or grant fame. Often, fame seekers are lured to their death by the bone.

Bluesman Sam Taylor learned the technique of harvesting black cat bone from his grandmother, a renowned conjuring woman: Grab a black cat and boil it until nothing but fur and bones are left. Dump the remains in a river. All but one bone will float downstream. Use the bone that floats back up to you. 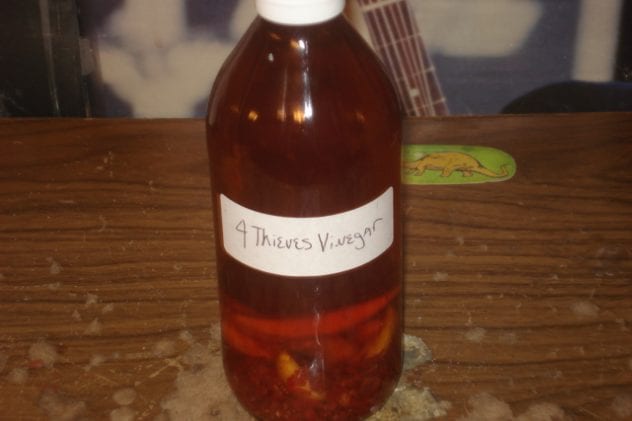 Four thieves vinegar is widespread in hoodoo. It can be used for personal protection, illness prevention, banishing unwanted people from your life, and casting curses.

Legend has it that the recipe traces it origin back to a band of thieves in the Middle Ages. The thieves were in the habit of robbing victims of the Black Death. Upon arrest, they revealed the secret to not catching the pestilence—four thieves vinegar. That’s an interesting story, but it’s more likely that “four thieves vinegar” is a corruption of “Forthave’s Vinegar,” which had been used as a remedy for centuries.

Also known as Marseilles vinegar, the potion varies greatly between makers. There are two general classes—one for internal use and another strictly for external use. The solution can contain any number of herbs. However, almost all recipes say there must be a minimum of four additives—one for each of the thieves. 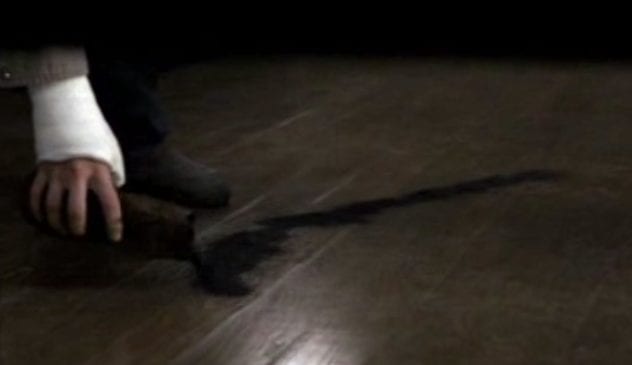 Goofer dust is a conjuring potion composed of graveyard dirt and various additives, like snake skin or salt. The name derives from the Bantu word kufua, which means “to die.” It is used as a curse or to do someone harm. A goofer bag is worn to protect against such attacks.

Goofer dust is spread in the path of the intended victim or applied to their pillow, person, or around the edges of their home. The first sign of being targeted is sharp pains in the feet and legs, followed by swelling and the inability to walk. These symptoms are nearly identical to diabetes complications.

In January 2016, Gregory Cucchiara of Queens, New York, was sentenced to 50 years to life in prison for murdering his parents. After firing four defense attorneys, he decided to represent himself. In his closing remarks, he argued that his parents were dead as a result of hex involving goofer dust. 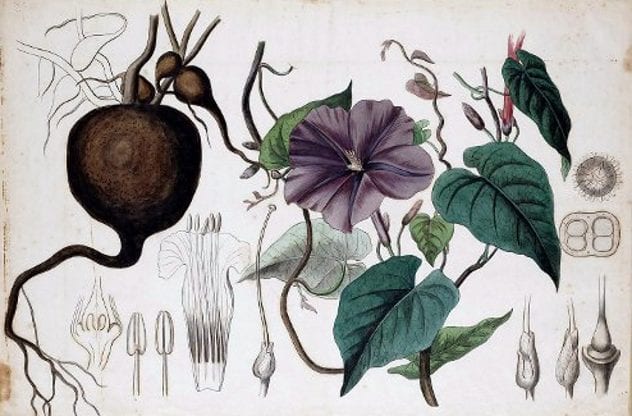 John the Conqueror root is comes in three varieties—high, low, and chewing John. Often, the variety used is determined by local availability. Chewing John is a member of the ginger family and is used to treat stomachaches and influence legal decisions. Low John is typically made of trillium wildflower root. High John is derived from the woody root of morning glory. Once dried, it resembles the testicles of a dark-skinned man. No wonder high John is often used in sexual spells.

In African American folklore, John the Conqueror was a trickster who outsmarted his slave masters. The root is omnipresent in hoodoo and can be used for a variety of purposes. Carrying it with you will help you to conquer all obstacles in your path. If carried in a green bag, it will attract money. When paired with a lock of hair, it can attract any lover. Gamblers swear by John the Conqueror root for its ability to bring good luck. 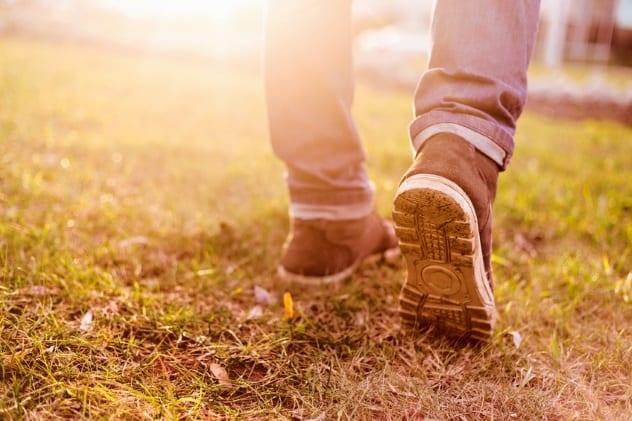 Foot track magic, in which magical poison enters the victim through their feet, runs deep in hoodoo. It involves throwing powders and magic items in the path of a targeted individual. Typical methods include placing stones in a certain configuration in your adversary’s path, or placing dirt from his footprint in a bottle. The curses can range from bad luck and memory loss to illness and death.

One of the traditional techniques is to mix gum arabic and bits of hemp rope with sulfur powder and strew it in your victim’s path. Placing a combination of shed snake skin and graveyard dirt in your victim’s path means certain death. Occasionally, socks, shoes, toenail clippings, or foot skin are mixed together with magical powders. The Robert Johnson tune “Stones in My Passway” references this old hoodoo technique. 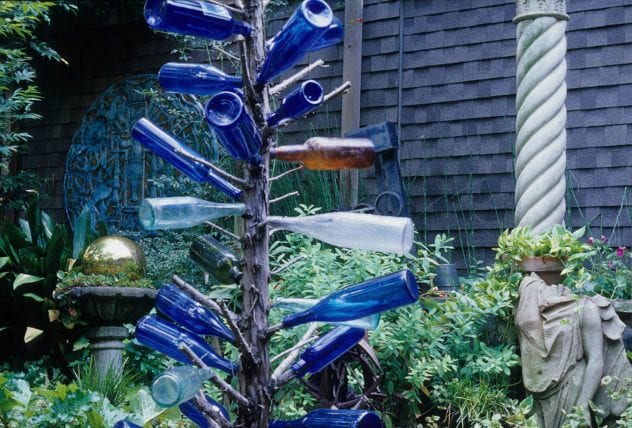 Bottle trees emerged in the West African Kingdom of Kongo in the ninth century. African slaves transported them to Europe and the Americas. According to legend, glass bottles placed outside the house at night will capture evil spirits. Once exposed to sunlight the following morning, the spirits will burn up. Bottle trees are also thought to bring good luck and rain or to merely help the tree bloom.

Traditionally, bottles are placed upside down with their openings facing the trunk. The bottles can be any color, but cobalt blue is preferred in hoodoo. The color blue, reflecting both the sky and water, serves as a crossroads between Heaven and Earth—and the living and the dead.

Bottle trees are widespread throughout the Southern plantation region and Appalachia, but they’ve lost their original meaning in many areas. Craft companies make them for home decoration rather than hoodoo. 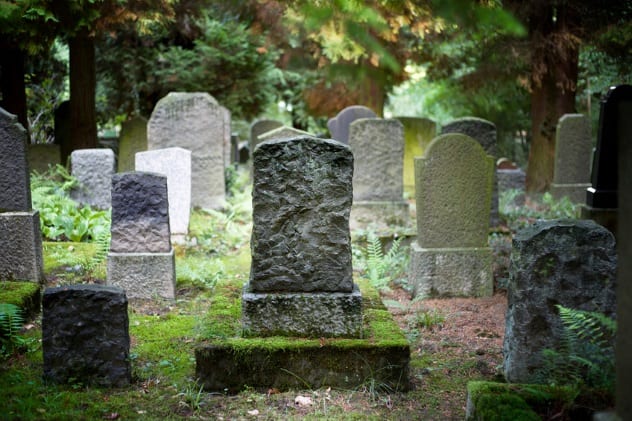 According to the Bokongo people of Central Africa, graveyard dirt contains powerful magic. The dirt contains the spirit of the person buried there. Bokongo slaves brought this belief to the Americas in 1730.

You can’t just take dirt from a graveyard; it must be bought. This entails communing with the dead and offering them something in exchange for the earth—often liquor or something they enjoyed in life. In the 19th century, typical payment was a silver dime.

Not all graveyard dirt is created equal. The graves of babies are sought after for blessing and fortune. Love spells are best performed with the dirt of someone who loved you—ideally dirt that was over their heart. If you have evil in mind, a murderer’s grave is preferred. Lesser criminals like con men and hucksters have good dirt for causing disarray and confusion. 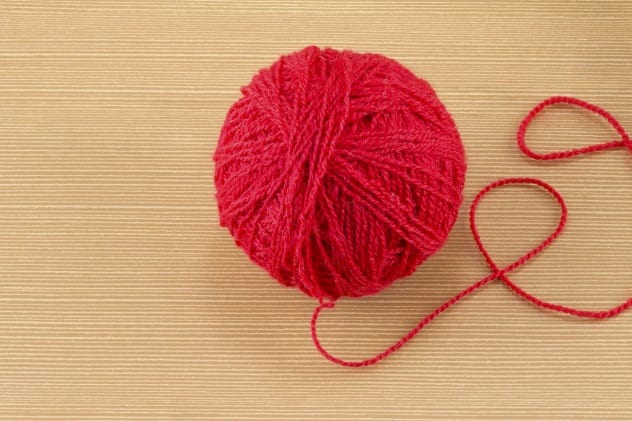 A jack ball (or luck ball) is a collection of magical items, rolled in wax and wrapped in string. Often, enough string is left for them to be hung. Jack balls originated as Kongo charms, in which talismans were bound with a specific number of knots.

Jack balls are designed to bring luck in love or money. Some are used for divination. They can be hung like a pendulum to determine “yes” or “no” answers. Some spin them rapidly to create a hypnotic effect. Like mojo bags, jack balls must be fed regularly to maintain their effect.

The contents of the ball are directly related to what you hope to achieve with it. For example, the more personal the items at the core are, the more influence and predictive ability the ball will have. Like most talismans, jack balls can be used for good or evil. 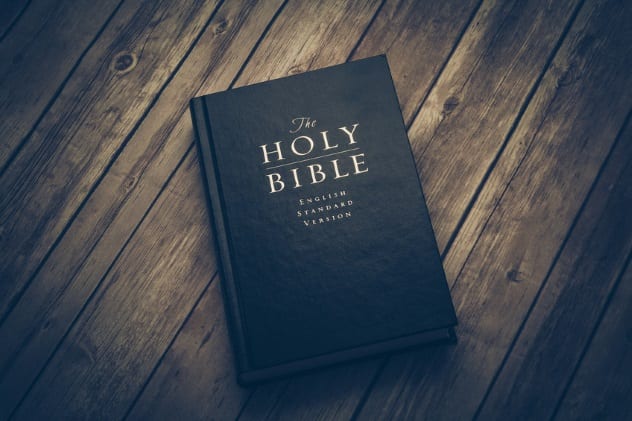 The Holy Bible is the most powerful book in hoodoo. Most practitioners are Christian, and hoodoo traditions coalesced in the Christian South. Originally, the Bible was seen as the means by which whites enslaved blacks. Africans recognized its power and decided to turn the tables, using the Bible’s power against their captors.

The Bible isn’t just a source of prayers; the book itself is a talisman. Bibles are often left open to important verses and positioned in a specific geographic orientation. The Psalms are far and away the most popular part of the Bible in hoodoo. These ancient songs attributed to King David can be used for everything from attracting fortune to vanquishing enemies.

Hoodoo is not alone in the belief that the Bible is magic. Several Protestant sects also believe in the power of verse to cure both spiritual and physical ailments.