The Cold War brought terror into people’s lives, but it also brought hope. The intense rivalry between the US and the USSR sparked an incredible ambition for exploration and innovation the world hasn’t seen since.

From 1957 to 1991, we saw the first rocket blast into space, the first man escape the atmosphere, and the first steps on the Moon. Humanity accomplished things we’d never dreamed possible, fueled by the competition between two superpowers.

10The Nazis Were The First In Space 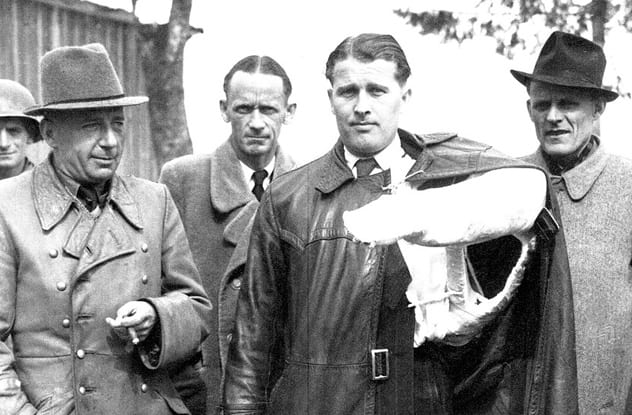 ‘’For the first time, we have invaded space with our rocket,” a scientist declared, raising his glass in a toast. This day, he told the men in the room, “is the first of a new era of transportation: that of space travel.”

That man was Walter Dornberger. It was October 3, 1942, and he was a Nazi. He and his team had finally completed their A-4 rocket and, for the first time in history, launched it into space.

When the Nazis fell, their dreams of space travel collapsed with them. The nations that defeated them, though, carried on where they’d left off. Stalin lured as many as he could over to his side, some through incentives and others by breaking in their doors and forcing them to work. The US set up Operation Paperclip and recruited almost 500 Nazi scientists to help them recreate the A-4.

Both countries’ projects succeeded. The Space Race began, and NASA was formed—grown from of team of pardoned Nazi researchers. 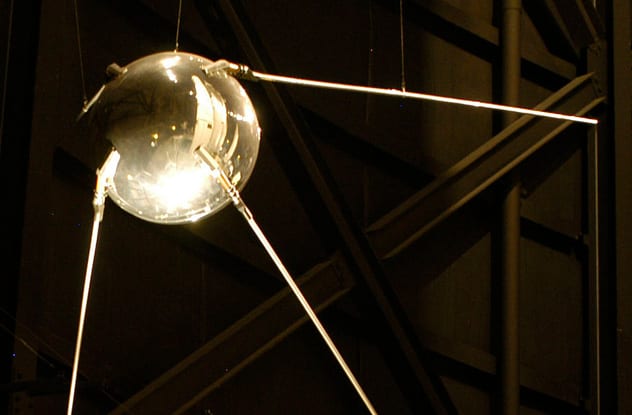 When America planned to send its first rocket up into orbit, President Eisenhower got worried. Borders had been clearly defined on land and in sea—but nobody had ever decided how far they extended upward. If an American probe ended up orbiting over Soviet airspace, it could incite war.

Eisenhower started fighting for what he called “Freedom of Space.” Anything more than 100 kilometers above the sea, he argued, was “space” and belonged to no one.

The USSR disagreed. They wanted their territory to go up much farther.

In the end, though, the USSR’s Sputnik made it into orbit before America. Eisenhower, rather than being worried, was relieved. As Sputnik drifted over American airspace, the USSR had no choice but to sign the agreement—because they needed to keep their spy satellites up there, too. 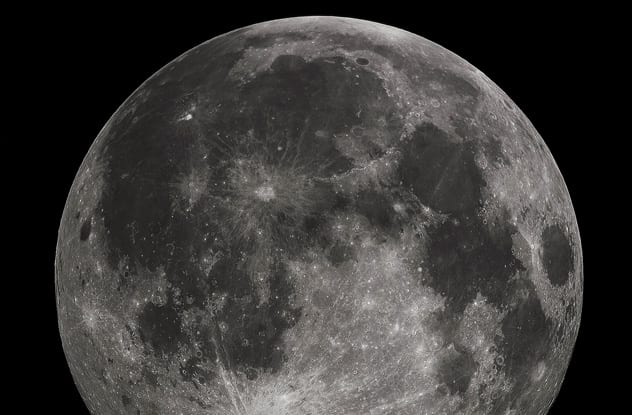 As space travel became a reality, every sci-fi story became a real possibility. Doomsday scenarios in which Russian moon men in spaceships would bombard the planet from above started to seem likely, and the governments had to get ready for it.

The two nations signed a pact called “The Outer Space Treaty.” The bulk of the document is reasonable promises that ensure space exploration will be free—but one part, Article IV, is full of nightmare scenarios ripped from a Bradbury story.

Military Moon Bases, for example, are forbidden by the treaty. Soldiers, likewise, cannot be sent to the Moon to conduct military exercises. Nor can either nation send an armed space station of death into orbit to bombard the world below with nuclear missiles.

Oh—and both countries also had to promise not to nuke the Moon. Even if they were really, really curious what would happen.

7The Soviets Made A Laser Gun To Shoot Enemy Spacecraft 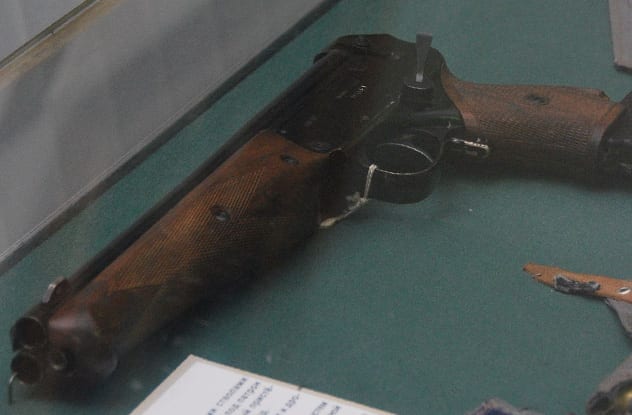 Photo credit: One half 3544 /Wikimedia

The Soviets developed more than just rockets. They weren’t just worried about getting into space—they wanted to win once they were there. If they spotted an American astronaut or probe up in space with them, they wanted to be ready.

They created a laser gun custom-designed to be fired in space. The laser shot out a flash of light designed to blind sensors to take out the optic systems of enemy spacecraft.

Ultimately, the laser gun was scrapped, but that didn’t mean cosmonauts were going up unarmed. Yuri Gagarin, the first person ever to leave the earth, brought a semi-automatic pistol with him on the trip—just in case. The American were no different. They carried a bowie knife with them on their missions, apparently unaware that they were bringing a knife to a space laser fight.

6The USSR And The US Nearly Went To The Moon Together 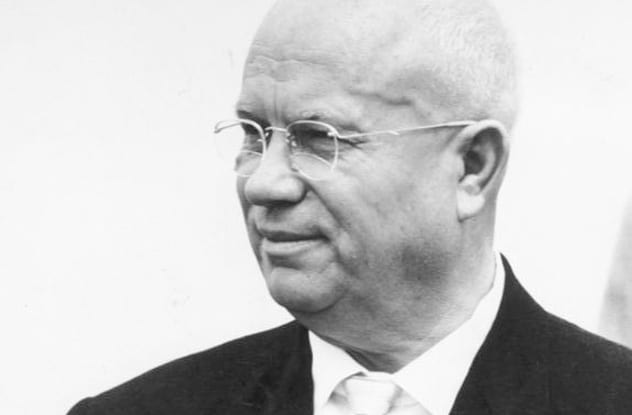 The USSR led every early leg of the Space Race, but when the ‘60s came, they started to fall behind. In 1963, as a cooperative program, NASA scientists were invited to the Soviet Academy of Scientists to see their space program and found out that the Soviets were considering giving up on sending a man to the Moon.

Kennedy didn’t think they were telling the truth, but it still affected him. Shortly after, he proposed that the two nations work together. “There is room for new cooperation,” Kennedy said. “I include among these possibilities a joint expedition to the Moon.”

Khrushchev, according to his son, considered accepting the offer. Kennedy was assassinated, though, and Khrushchev didn’t trust Lyndon Johnson. He dropped the plans when the new president took over, and the joint mission to the Moon never happened. 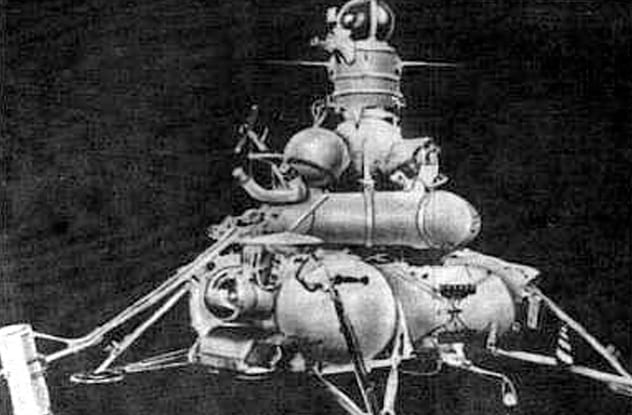 During the Apollo missions, the Soviets were trying a different plan. They wanted to get a robotic probe to land on the Moon and bring back a soil sample. They called the probes “Luna,” and one of them—Luna 15—went out into space three days before Apollo 11.

The two countries shared their flight plans to make sure the ships didn’t collide. The Soviets hid the purpose of Luna 15, but they let America know where it would be so Apollo 11 could touch down safely.

While Neil Armstrong and Buzz Aldrin took their first steps on the Moon, Luna 15 was touching down on the surface. It crashed into the side of a mountain and was destroyed. 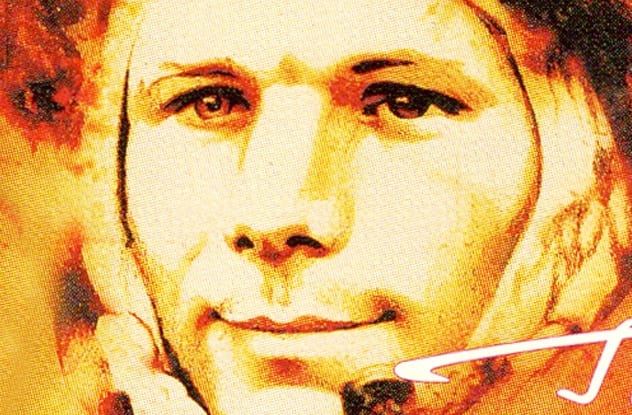 Before going into space, Neil Armstrong and Buzz Aldrin talked to Yuri Gagarin’s wife. The first cosmonaut into space had died the year before, and his widow wanted a favor: for one of his medals to make its way up to the Moon. The men brought a small parcel with Gagarin’s things inside and, as their final task before leaving the Moon, left Gagarin’s medal behind.

Later, Apollo 15 made a similar tribute. The crew brought with them a plaque listing the names of every astronaut and cosmonaut who had died along the way. These men, they felt, had paid the ultimate price to get them there, and they were in their debt. Astronaut Dave Scott told mission control he was “cleaning up behind the rover” and secretly dropped the plaque and a little figurine called “The Fallen Astronaut” behind.

3The Soviets Deployed Ships To Rescue The Apollo 13 Crew 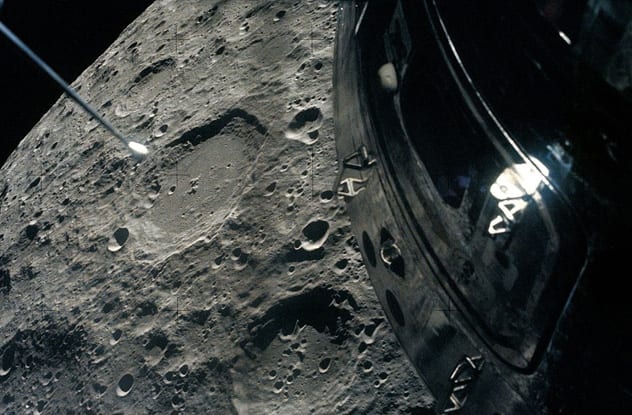 The Apollo 13 mission failed. Their fuel cells failed, and oxygen tanks vented out into space. They had no choice but to turn back and try to make their way back to the earth alive.

The Soviets were ready to help. As the astronauts started reentry, the Soviet Union became worried that their radios would interfere with the falling space craft’s. To keep the crew safe, they stopped every radio transmission using the same frequency as the Apollo 13.

Soviet ships were sent into the Pacific and Atlantic Ocean, ready to help. In the end, the shuttle was picked up by an American vessel—but if they’d landed somewhere else, they would’ve gotten their welcome from a Soviet crew.

2The Last Apollo Mission Was A Joint Mission With The USSR 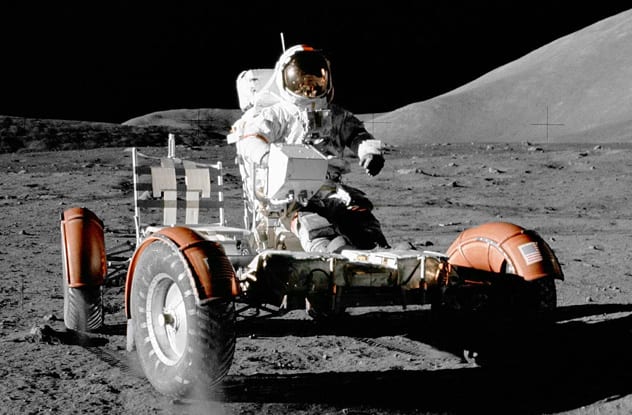 The US and the USSR never went to the Moon together, but they did go into space. In 1975, Kennedy’s dream became a reality. The last Apollo mission ever launched was a joint mission, made alongside a Soyuz spacecraft.

The ships launched separately but docked together once they were in space. There, the crew spent two days conducting experiments together before the ships separated and returned to earth.

The teams even learned each other’s’ languages. Every American involved learned Russian, and every Russian learned English.

1The US And USSR Considered A Joint Mission To Mars 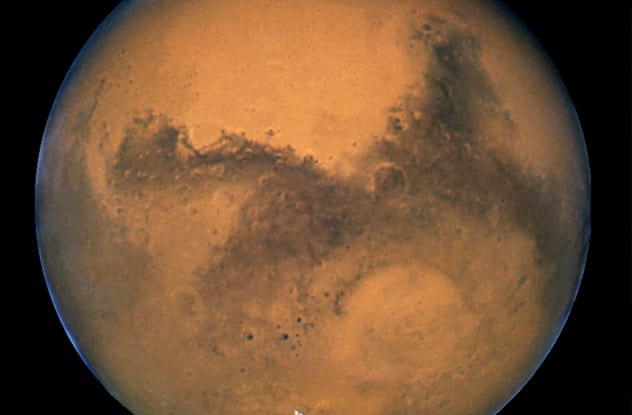 After the Americans landed on the Moon, Gorbachev’s plan was to collaborate on a series of unmanned missions with the goal of completing a sophisticated exploration of Mars by the year 2000. The idea had support in both countries, and American politicians wrote to Reagan urging him to agree.

In 1988, the US made its first step toward the plan. They agree to support the Soviets in sending a probe to Mars in 1994.

Within days, though, they started to back out. Reagan was worried about committing to any excessive spending. Plus, they no longer viewed the Soviets as major players in the Space Race.

The spirit of cooperation had ended. With the fall of the Soviet Union a few years later, the spirit of competition ended, as well. The space race had come to an end.