When we think of war heroes, most everyone thinks of men because women were barred from combat for most of history. Only recently, nations began to lift these bans and allow women to serve their countries and their interests openly. Here are 10 badass women who fought in combat alongside or in lieu of their male comrades. 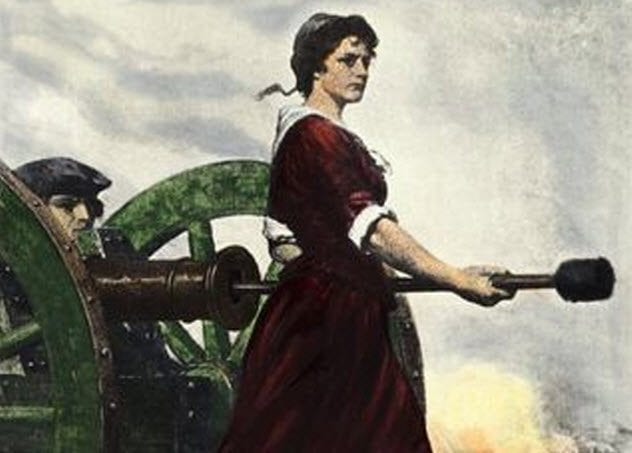 Margaret Corbin was the first woman to receive a pension for military service from the US Congress. During the Battle of Fort Washington in 1776, her husband was killed while operating one of the two cannons providing defense against a charge of 4,000 Hessian troops. Instead of grieving, Margaret took his place on the cannon crew and fired at the enemy.

She was seriously injured in the jaw, arm, and chest before she was finally unable to continue. The British won the battle, and Margaret was captured and then released on parole. Though disabled from her injuries, she remained an active duty member of the Continental Army until her discharge in 1783. 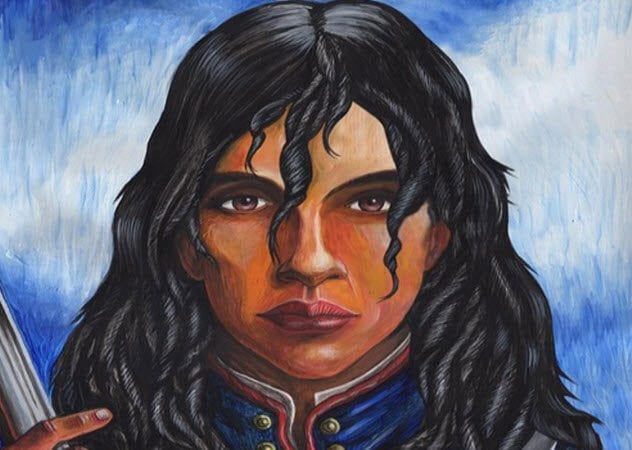 Manuela Pedraza fought during the reconquest of Buenos Aires after the first British invasion in 1806. She participated in the last and largest battle of the reconquest, which took three days.

Manuela was given a military rank and placed in the Patricios Regiment. Her exploits during the reconquest have made her a hero in Buenos Aires culture, which gives an annual award in her honor to women recognized for social activism in Argentina. 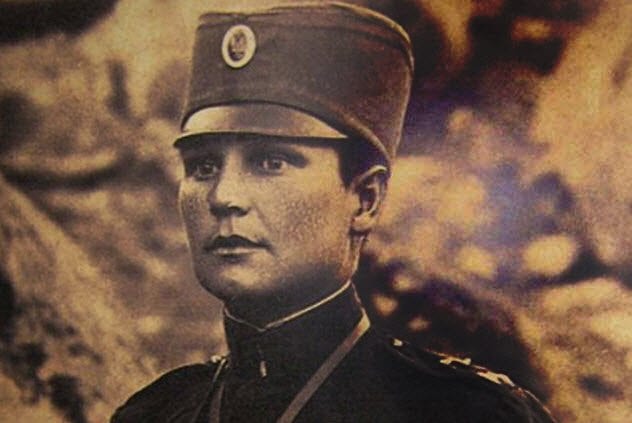 Milunka Savic is the most decorated female soldier of all time. She fought during the Balkan Wars and throughout World War I. During her service, she was wounded nine times, but that barely slowed her down. When her brother was called to fight for Serbia in 1912, she either accompanied or impersonated him and joined the army.

Due to her valor on the battlefield, she was not punished when her gender was revealed following her first injury from a Bulgarian grenade. Her commander offered to transfer her to the nursing corps, but she refused.

Standing at attention, Milunka proclaimed, “I will wait.” She remained there until he relented and returned her to the infantry. Her combat exploits continued into World War I where she was recognized for heroism by France, Russia, and Britain. 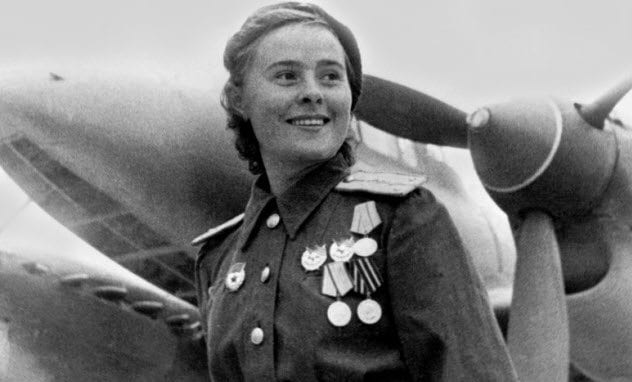 Lydia Litvyak began flying small aircraft at age 15 and jumped at the chance to fight for her country when Germany invaded the Soviet Union. She forged her flight records by adding 100 hours of flight time and was admitted into a fighter regiment of all female pilots.

Lydia was later integrated into a mixed-gender unit. She brought down a fighter and bomber, earning her the nickname “The White Rose of Stalingrad” due to the misidentified lily painted on her fighter. She continued to fly for the Soviet Union and racked up a total of 11 solo kills and three shared kills.

Lydia was shot down in 1943 and confirmed killed in 1979. President Mikhail Gorbachev posthumously awarded her the Hero of the Soviet Union in 1990. 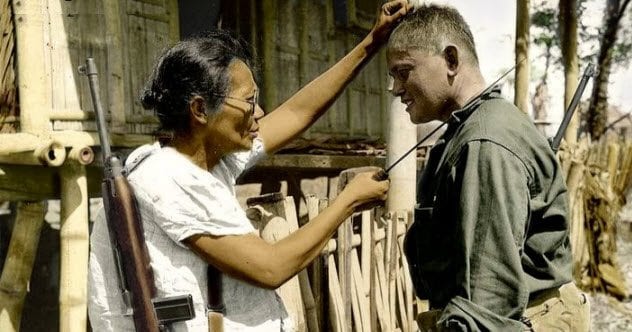 Nieves Fernandez was the only known female Filipino guerrilla leader who fought against the Japanese occupation of Leyte Island during World War II. She began her adult life as a schoolteacher but left that world behind when her nation was threatened by the Japanese. She rounded up 110 native men who crafted their own weapons and formed a guerrilla resistance.

With long knives traditionally used to cut vegetation and shotguns fashioned from sections of gas pipe, they successfully killed 200 Japanese occupiers. Captain Fernandez led her group for more than 2.5 years against the Japanese occupation, which caused the Japanese government to offer a bounty of 10,000 pesos for her head. She was wounded once in combat but survived the war and is remembered as a Filipino hero. 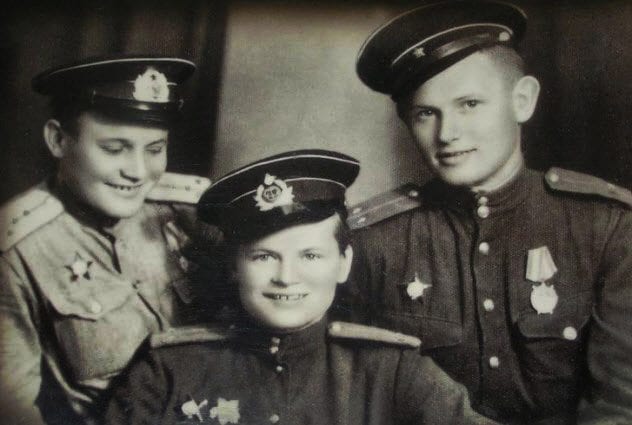 Following the destruction of her village during World War II, Yevdokiya Zavaliy provided emergency medicine to the injured and convinced the local cavalry commander to allow her to enlist. She was 16 at the time but said she was 18.

Yevdokiya began as a nurse but quickly learned to use small arms. She was wounded in the abdomen but refused to be relieved from service. Due to her shaved head and uniform, she was mistaken for a man and ordered to the front lines.

Yevdokiya fought as a man and was promoted to command a reconnaissance squad. After she was wounded, she was found out to be a woman. But instead of being returned to the nursing corps, Yevdokiya was given command of a submachine gunner platoon in 1943.

Her exploits were so well-known and she was so feared by the Germans that they nicknamed her “Frau Black Death.” By the end of the war, she was awarded more than 40 medals for honor and bravery. 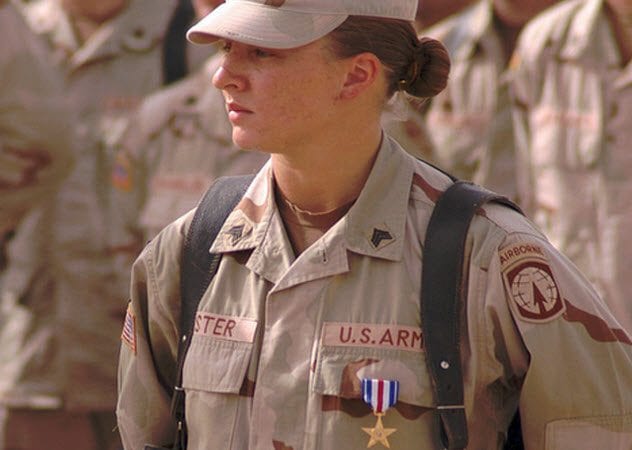 Leigh Ann Hester holds the distinction of being the first woman to receive the Silver Star since World War II. She is one of only 14 women in American history to be so honored for combat.

In March 2005, Sergeant Hester was providing convoy security while searching for improvised explosive devices (IEDs) when an attack erupted all around the vehicles. More than 50 insurgents fired machine guns and rocket-propelled grenades (RPGs) at the trucks as she dismounted with her team and led them through the kill zone.

She took up a flanking position and assaulted a trench with grenades. Then she helped to clear two additional trenches, killing three insurgents in the process. When the dust settled, three American troops were injured while 27 insurgents were dead, six wounded, and one captured. For her actions—which helped to save the lives of her fellow convoy members—Sergeant Hester was awarded the Silver Star. 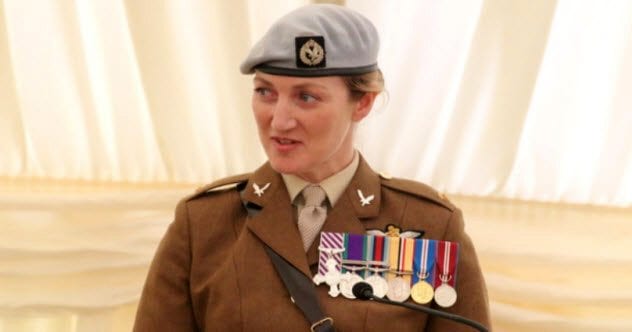 In December 2013, Laura Nicholson, a Chinook pilot for the Royal Air Force, was conducting medical evacuations in Helmand Province, Afghanistan, when she came under heavy fire on a mission. She was called to rescue a wounded Marine on the battlefield and took her chopper into the firefight.

The aircraft took immediate fire. The onboard security team held the hostile landing zone while the wounded Marine was taken aboard. Major Nicholson successfully took the Marine to the hospital.

Once again braving the ongoing firefight, Major Nicholson returned to the same hostile area to rescue a woman who had been shot in the head during the crossfire. A crew member was shot in the leg, but Major Nicholson was able to get everyone back to safety. For her heroism in the face of enemy fire, she was awarded the Distinguished Flying Cross. 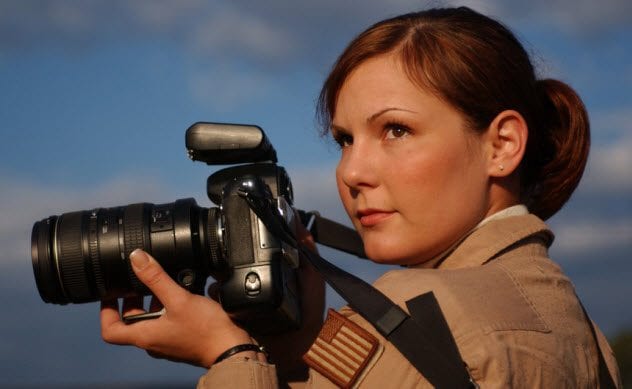 Some soldiers carry weapons, others carry cameras, Staff Sergeant Stacy Pearsall carried both. She enlisted in the Air Force at age 17 and entered a program for war photography at Syracuse University before being accepted as a combat photographer—a rare opportunity for women.

Sergeant Pearsall was deployed twice to Iraq. There, she documented the daily lives of her fellow servicemembers as they helped to rebuild and open schools one day while going after high-value targets the next. She was recognized twice by the National Press Photographers Association as Military Photographer of the Year and has since written two books about her service and experience.

She was injured in two separate IED attacks on vehicles that she was in, forcing her to take a medical retirement. For her service, Sergeant Pearsall was awarded the Bronze Star Medal along with other notable awards. 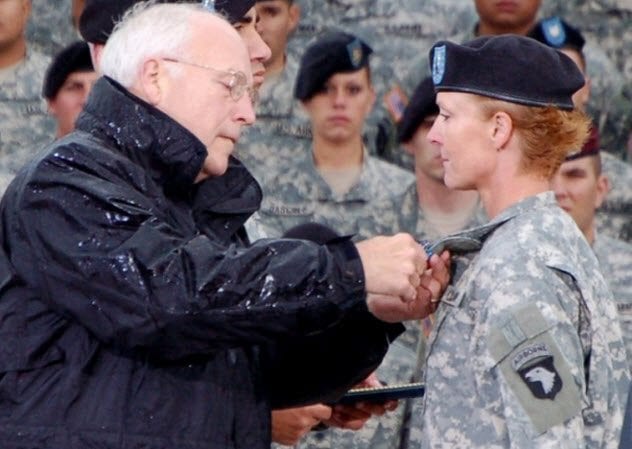 Chief Warrant Officer 3 Lori Hill, the pilot of an OH-58 Kiowa helicopter, became the first woman to receive the Distinguished Flying Cross for heroism. She was following a lead chopper that came under heavy enemy fire.

Chief Hill drew fire away while simultaneously providing suppressive fire to help the troops on the ground engaging with the enemy. Her aircraft was hit with an RPG, which caused significant damage. But she was able to remain airborne and continued to communicate with and support the ground personnel.

The aircraft began to lose hydraulic pressure, and she took a round in her ankle. Though injured and piloting a badly damaged aircraft, Chief Hill was able to return to base and save the lives of her crew. For her actions, she was awarded the Distinguished Flying Cross, one of the United States’ highest military honors.