Medieval pilgrims were dedicated to God, and their willingness to undertake extremely long journeys to satisfy their faith seems admirable. But if you delve a little deeper into history you realize that the most interesting facts concerning medieval pilgrims have been omitted from religious textbooks. 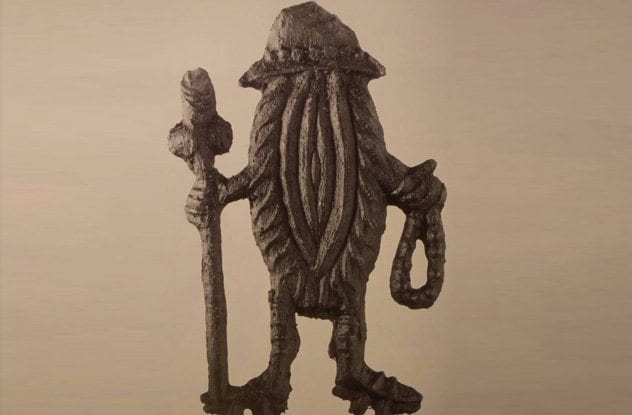 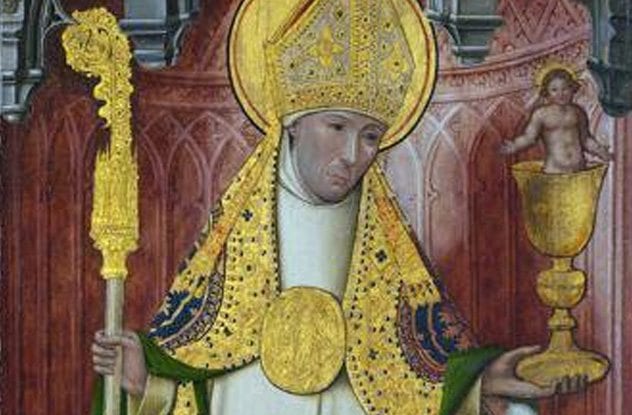 It took a lot of effort for medieval pilgrims to reach sacred shrines, and as a result, few wanted to go back empty-handed. Fragments of saintly shrines were stolen shamelessly, and floor dust was gathered up and taken home as a highly desirable possession. The blood of martyrs and the water that was used for washing a saint’s corpse were used as miraculous healing substances.

Others took things even further. St. Hugh of Lincoln, for example, was said to have chewed off a piece of Mary Magdalene’s arm on his visit to the French monastery of Fecamp while the guardian monks hopped around in the background, wailing “for shame, for shame.” 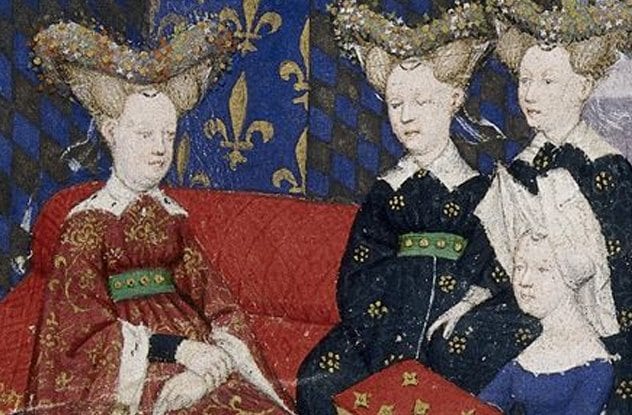 Vicarious pilgrimages, which became popular in the 12th century, were pilgrimages that were made on behalf of a certain person who could not go on himself. The wife of a Norwich baker, for example, could not walk due to swellings on her feet, and thus her husband visited the shrine of St. William on her behalf.

Those who could go themselves but were prevented by their laziness had to wait until the 15th century to take advantage such pilgrimages. By then, the idea of a vicarious pilgrimage was accepted, but it never became completely respectable.

Isabel of Bavaria took advantage of the vicarious pilgrimage with great zeal. In fact, she was so worried about her health that she sent numerous pilgrims, as well as members of her family, to sacred shrines all over France. One pilgrim, for example, was sent to Notre-Dame du Blanc-Mesnil with a 15-pound candle and the instructions to pray there for 15 days, burning a pound of wax each day. 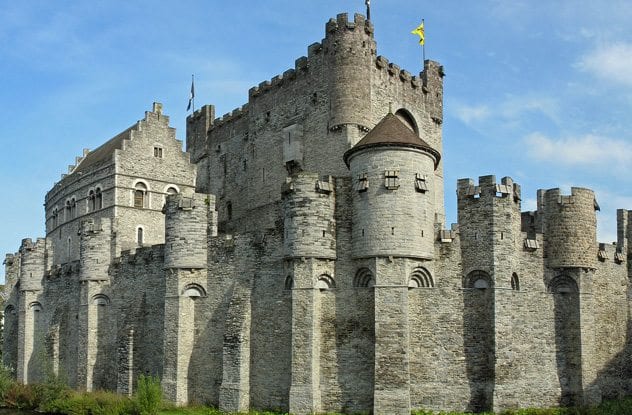 From the 13th century onward, a judicial sentence for convicted criminals often came in the form of a forced pilgrimage.

By the 14th century, a judicial pilgrimage was an extremely common punishment in countries such as France and Italy. Between 1350 and 1360, the port city of Ghent in northwest Belgium, for example, sentenced 1,367 convicted criminals to go on a pilgrimage to 133 different holy sites.

If the criminal had committed murder, it was common to hang the murder weapon around the convict’s neck for the duration of the pilgrimage. Those convicted of heresy often had to wear two yellow crosses on their front and back.

The criminals were also expected to collect signatures at all the shrines visited as proof that they had been there. Sometimes the convict was also forced to undertake the pilgrimage barefoot or naked. 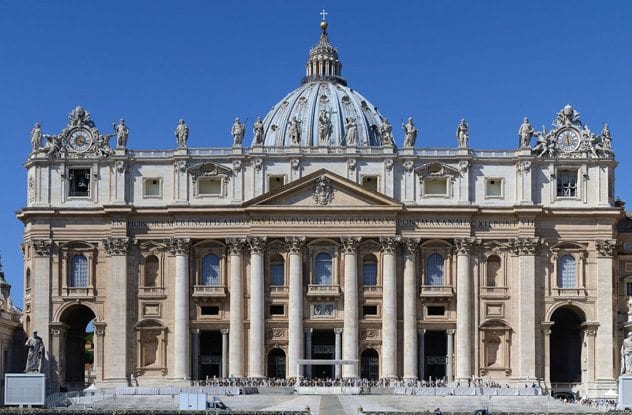 Those who were in some way restricted or too poor to go on a pilgrimage could always travel on a pilgrimage in their imagination. In fact, in 15th-century northern Europe, a variety of spiritual pilgrimage texts became widely available to the public.

One such spiritual pilgrimage guide was produced in Oxford in the 1420s and bestowed upon the sedentary devotees the benefits of a Roman Jubilee pilgrimage. The text instructed the spiritual pilgrim to meditate on each phase of the physical journey to Rome, saying 10 Pater Nosters a day, one for each league he would have normally walked if he had undertaken the journey. After the spiritual pilgrim had “reached” the city, he was advised to dedicate seven days to meditation on the seven principle churches of Rome.

Finally, after spending roughly 15 weeks on this spiritual pilgrimage, the pilgrim was instructed to ‘’pray himself back home.” 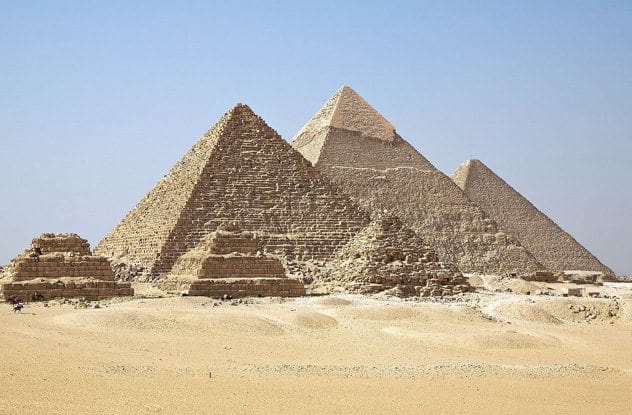 By the 13th century, overland pilgrimage routes to the Christian Holy Land became increasingly dangerous, and as a consequence, few Christians were brave enough to make these overland journeys.

Luckily for them, Venetian merchants, who controlled the Mediterranean Sea lanes and had great relations with Middle Eastern authorities, offered all-inclusive return-trip tours to the Holy Land.

These pilgrimage package tours included guided tours around the sacred sites and sometimes even included sightseeing stops in Egypt. In fact, these early pilgrim tours are generally considered a precursor to modern tourist package tours. 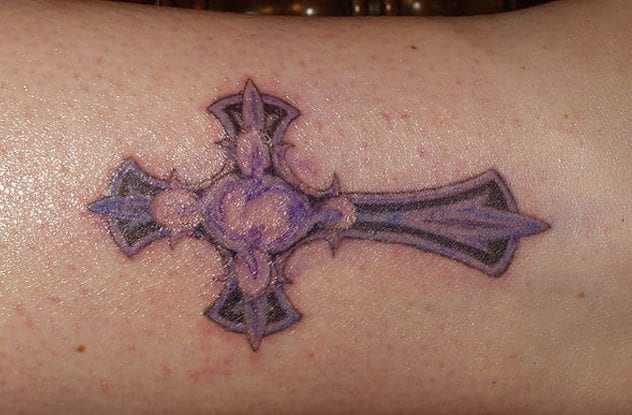 During the Middle Ages, it was common practice for pilgrims to get tattoos on their arms in Jerusalem and Bethlehem. The tattoos were usually of crosses and served both as evidence of the pilgrim’s sacred journey and as a sign of their commitment to God.

The sacred tattoos were also often vital in ensuring a pilgrim’s safe return back home. If captured by bandits, the pilgrims only had to show them their tattoos. Once recognized as Christian pilgrims, they paid a fee and were immediately set free.

In a similar way, medieval Christian crusaders had crosses tattooed on their bodies so that if they died far from home, they would be given a Christian burial.

3Go A Pilgrim, Return A Whore 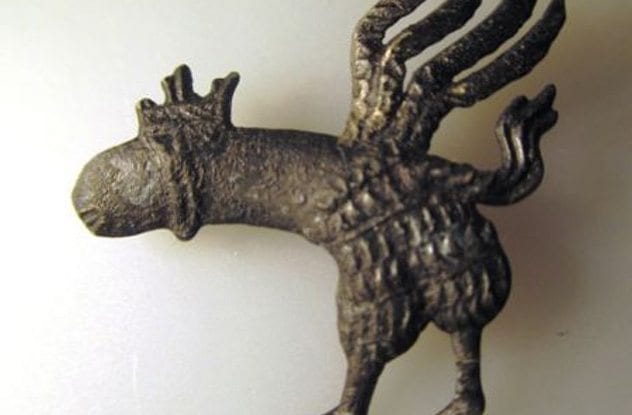 Pilgrimage was not always as saintly and God-focused as it should have been. Some pilgrims, finally free from their monotonous everyday lives, hurried to take advantage of their new, short-term freedom. As a result, many church buildings along pilgrimage routes depicted exhibitionist figures of males and females whose sole purpose was to warn pilgrims of the dangers of lust.

The genitalia of these figures were often enlarged as a way of reminding the faithful that sinners were punished in hell through the bodily organs through which they had sinned.

These church warnings were not always heeded, however. In fact, as early as the eighth, century St. Boniface complained that some female pilgrims traveling to Rome fell into prostitution on their way through France and northern Italy and a popular medieval proverb warned “Go a pilgrim, return a whore.” 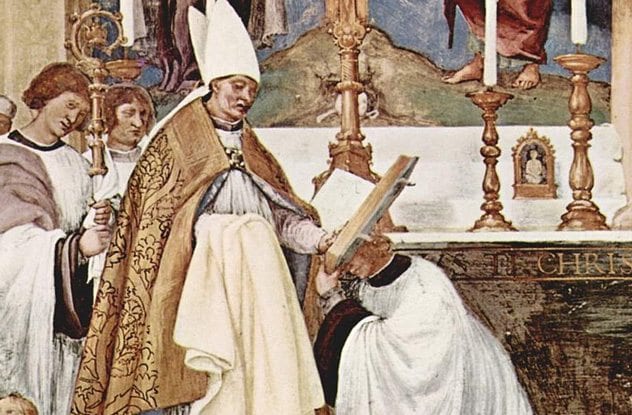 It was believed that in its treasury, the church held extra merits because Jesus and the saints had done so many good deeds. These extra merits, or indulgences, could be given to those who underwent pilgrimages to certain destinations.

Some people went a little crazy in their hunt for indulgences. In the 12th century, Gerald of Wales undertook a pilgrimage to Rome and visited as many sacred sites as possible to acquire as many indulgences as he could. After calculating that he had collected 92 years of indulgences, he undertook another religious act and thus rounded his indulgences to 100 years.

Indulgences often became a source of competition between the different sacred places. As the seeking of indulgences became more and more popular, a need for a list of shrines and the indulgences attached to each grew.

As a consequence, the beginning of the 14th century saw the development of “Libri Indulgentiarum.” The most famous of these was the “Stacyons of Rome,” which has been described as a medieval advertisement boasting of the value of pilgrimage to Rome as opposed to Jerusalem or Santiago de Compostela. 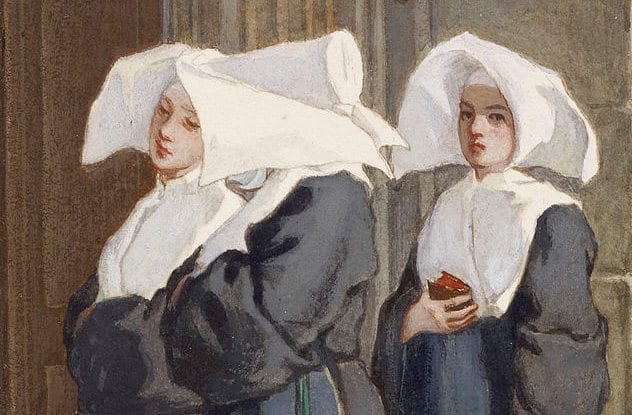 The Middle Ages saw many women undertaking pilgrimages to saintly shrines. However, many obstacles stood in their way, and not every woman who wished to go on a sacred journey was allowed to do so.

Before even thinking about setting out on a pilgrimage, the woman had to get permission from several people, especially her legal guardians: a father for unmarried women or a husband for those who were married.

Nuns too were not free to go on pilgrimages whenever they pleased for they had to have the permission of their abbesses. These permissions were rarely granted—a pilgrimage was seen as frivolous and improper activity for a woman to undertake, and it was believed that the fickle tastes of women would somehow diminish the experience for true pilgrims.

Furthermore, chronicles from the 12th century reveal that no woman was allowed into sanctuaries as a rule, and those who somehow managed to sneak in were admonished severely and sometimes even punished by divine will.