This is a list of words or popular sayings used by us all from time to time. Most of them have strange origins which, at first glance, might seem hard to believe. In addition, many also have “mythological” beginnings that people erroneously believe. 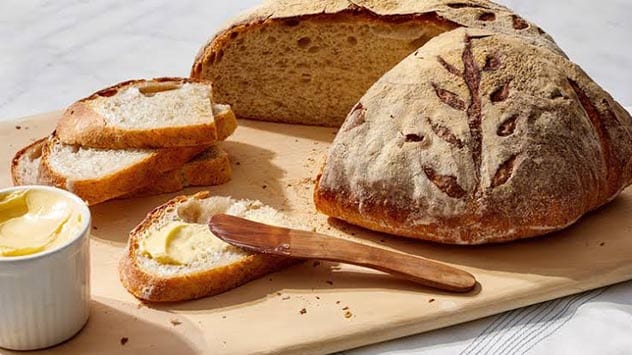 Myth: During the Middle Ages, life was difficult, especially to those living in poverty. However, for the rich or the nobility, life was much easier and they had a number of luxuries most others didn’t. One of those luxuries was the choice piece of bread, which in this case was the top of the bread. However, there is no evidence saying it was ever used that way. Though, there is an example from the 15th century which says you should “cut the upper crust to your sovereign…” But, it doesn’t necessarily say only the nobility could eat it.

Reality: The first recorded mention of “upper crust” in regards to the elite was in 1823 and, in those days, it was used to refer to a person’s head or hat. (Alternatively, it was also used to describe the Earth’s surface.) So “upper crust” actually refers to the people at the top of society.[1] 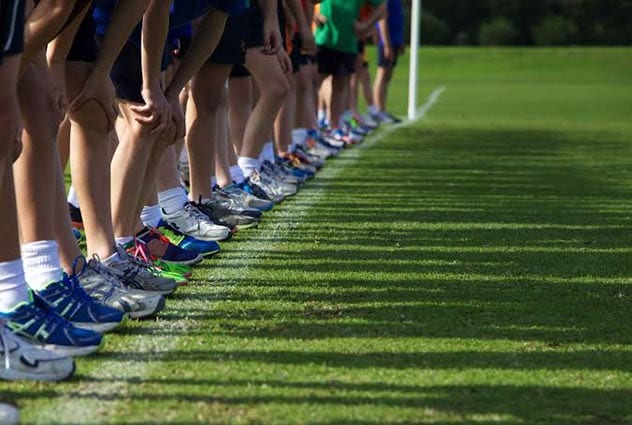 Meaning: To behave or act in accordance with the rules

Myth: Spread because of the misspelling “tow the line”, itself the result of a linguistic term known as an eggcorn, wherein a word or phrase is misheard and then misinterpreted. Many people believe that it refers to a boat or other vehicle towing something, which makes a lot of sense when you realize ropes and cables on ships are sometimes called lines. Some people also erroneously believe it has to do with an old practice in the British Parliament to keep the MPs from killing each other.

Reality: First of all, it’s spelled “toe the line”, and the first recorded mention was in 1813. The end of the phrase used to include a number of words, including mark, scratch or crack. (“Up to scratch” is another one derived from the same place.) But they all referred to the practice of placing one’s feet on a designated line before a race or some other undertaking. So someone who “toes the line” does what is expected of them. It’s use often pops up in politics, especially those divided strongly among partisan groups, as their members are often said to “toe the party line”.[2] 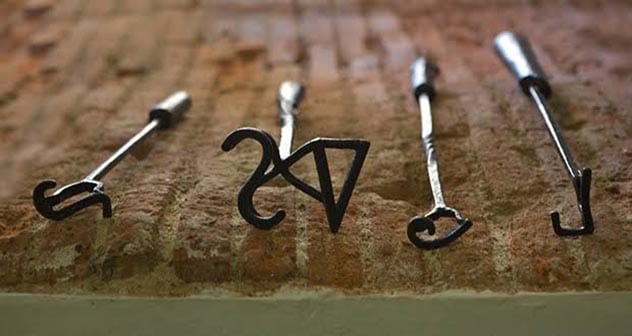 Myth: People believe that it corresponds to a newly born baby, who needs to be spanked to ensure it is able to cry. However, spanking in the sense it is used in this phrase is just a clarifier, meant to emphasize how new something is and it came into the English lexicon sometime during the 17th century. In addition, the way spanking is used in this phrase has nothing to do with hitting someone; it simply means “exceptionally large or fine”.

Reality: The phrase’s first recorded use was in 1860 and may have evolved from the phrase “brand span new”, which itself was used much earlier. The word span may have been turned into spanking in order to increase the intensity of the phrase. Also, brand new is in reference to the hot irons which ranchers used to mark their cattle, a phrase first found in the 16th century.[3] 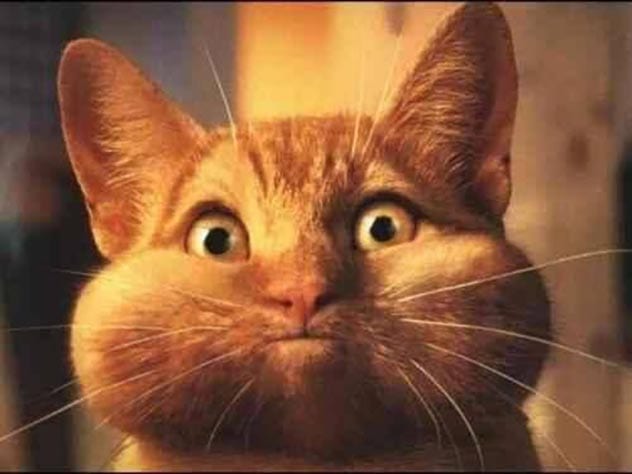 Myth: Another commonly misspelled phrase, it is often changed to “baited breath”, which leads people to believe it has something to do with laying a trap or waiting. Which is ridiculous because how could you bait someone’s breath?

Reality: For the true origins, we have to go back to The Bard, William Shakespeare. The phrase first showed up in his play The Merchant of Venice, which was written in 1598. (The play is more famous for the character Shylock and his speech where he asks, among other things: “Hath not a Jew hands… If you prick us, do we not bleed?”) He appropriated the word abated, shortening it to bated, which means “reduced or lowered in force”. However, we no longer use the word bated any more, or the verb to bate, so the phrase may eventually be forever changed to “baited breath”.[4]

6 As the Crow Flies 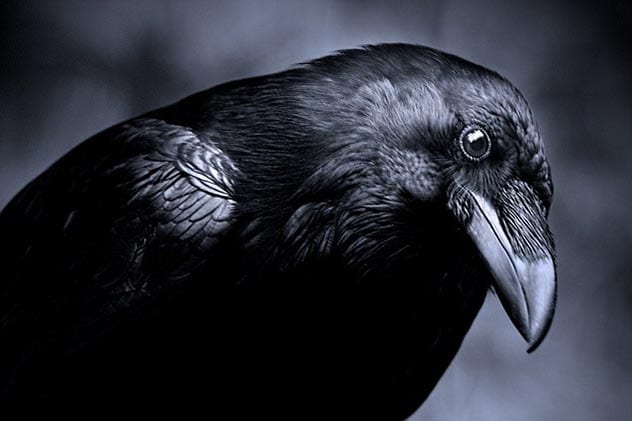 Meaning: In a straight line, avoiding all obstacles

Myth: Medieval British coastal vessels were said to have a cage of crows which they used to find land. Crows were said to hate water and would fly straight to land and, because they flew, the crows were able to see land much further away than the sailors on the ship. They were also said to be kept at the top of the mast, which proponents say is why the lookout’s spot was called the crow’s nest.

Reality: The first recorded use wasn’t until the 18th century and nearly all the examples refer to land distances. (In fact, the first documented use of the phrase seems to be a slightly racist opinion about Spanish people.) Observers on the ground noticed as the crows flew around, they would do so in a straight line, missing the trees, rivers or buildings which obstructed the humans.[5] 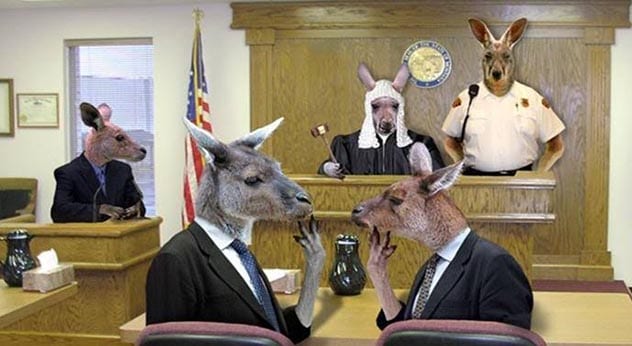 Myth: Since kangaroos are native to Australia, it is widely believed that it is Australian in origin and refers to some aspect of the kangaroos’ nature, whether the viciousness a cornered one might display or the way their jumping seems to defy the laws of nature. Kangaroo courts can be notoriously vengeful and can seem to “hop” over evidence which might exonerate the accused.

Reality: First used in America in 1849, the phrase described a trial which was a sham. Before the phrase died out, they were sometimes called “mustang courts” as well. This knowledge helps explain the true meaning: the courts were so named because of the wild, unpredictable nature of the animals. Kangaroos were probably used because of their comical nature, at least from the Americans’ point of view.[6]

4 Don’t Throw the Baby Out with the Bathwater 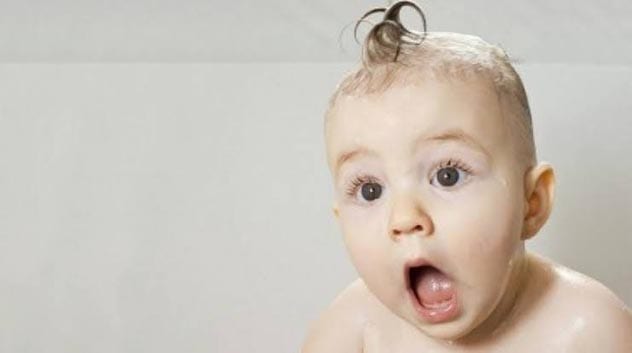 Meaning: Don’t get rid of something valuable with the trash

Myth: In the Middle Ages, babies were said to be washed last in the tub, since they were deemed the least important of the family. Because of the immense filth the rest of the family accumulated during work, the water would be so dark that the baby couldn’t be seen and the mother would throw out the baby along with the used bathwater. The infamous Karl Pilkington once relayed this story, going so far as to say that the baby was washing itself.

Reality: The phrase is from an old German proverb with no basis in reality. The writer and satirist Thomas Murner was the first to write it down, doing so in 1512 in his book An Appeal to Fools. It was solely meant to illustrate the need to watch over your valuables.[7] 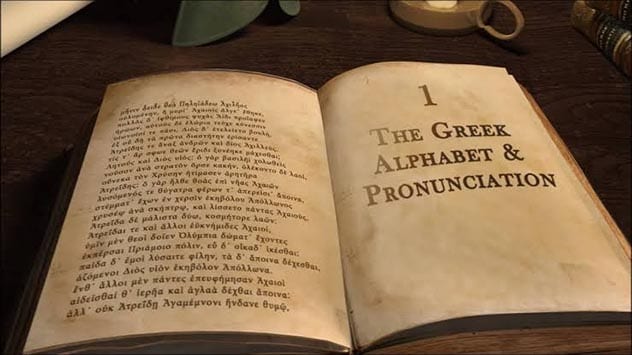 Meaning: Something is unintelligible

Myth: This phrase is generally attributed to William Shakespeare because he used it in his play Julius Caesar in 1601. In his play, the phrase was used by Casca to explain to Cassius that he couldn’t understand anything that was said to him. (“…those that understood him smiled at one another and shook their heads; but, for mine own part, it was Greek to me.”)

Reality: Not only was Shakespeare beaten to the punch by another playwright (Thomas Dekker), the origin of the phrase is much earlier than either of them; it comes from a Medieval Latin proverb which meant “It is Greek; it cannot be read”. The reason the writers put the phrase in was that knowledge of how to read Greek had become lost to most of the world. It’s one of the few phrases which has retained its original meaning throughout the centuries since it was introduced.[8]

2It Ain’t Over ‘til the Fat Lady Sings 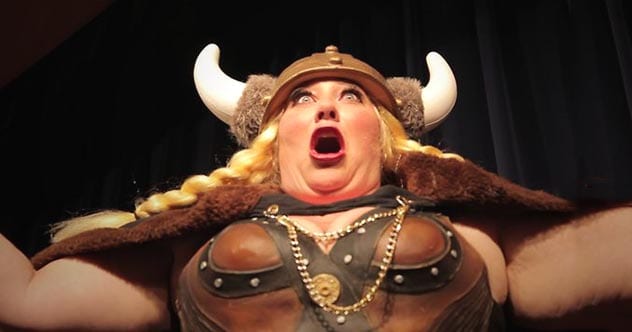 Meaning: Nothing is over until it’s over

Myth: A fat singer named Kate Smith used to sing God Bless America for the Philadelphia Flyers of the NHL. The team recorded it and used as good luck, often asking her to perform it live as it became their unofficial anthem. The sheer number of victories when the song was played (fifty-two wins against seven losses in the first eleven years) meant that no game was out of reach until Smith sang.

Reality: The first recorded mention doesn’t have anything to do with sports; a pamphlet from 1976 called Southern Words and Sayings has the following: “Church ain’t out ‘till the fat lady sings.” The first mention which sprung it into the national lexicon was an NBA coach, Dick Motta, who when asked about the close score of a game remarked: “The opera ain’t over ‘til the fat lady sings.” (This ties in well with the fact the phrase has often been associated with Brunnhilde, an operatic role in Wagner’s Götterdämmerung.)

As for the claim that Smith’s singing was the inspiration, there is one small, yet important, contradiction: she sang before the game even started.[9] 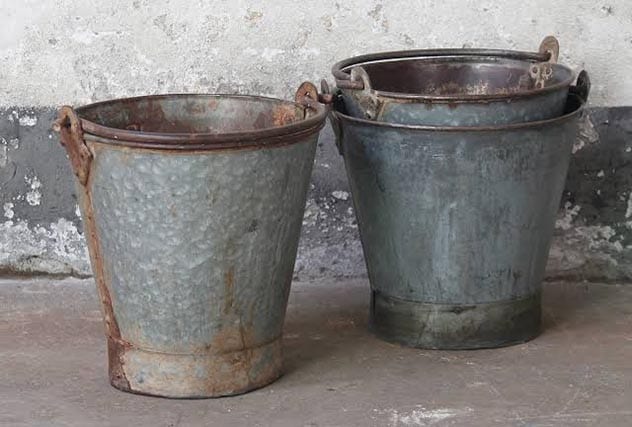 Myth: When someone would get ready to hang themselves they would stand on top of a bucket and tie the noose around their neck. After working up the nerve to go through with it, they would use their foot to knock the bucket away so they would die.

Reality: The “bucket” part of the phrase corresponds to the French word buque, which means a yoke or piece of wood. (Which is one way bucket was used in 16th century England.) When a pig was hung on a beam in order to be slaughtered, it would thrash around. Since they were hung by their feet, the pig would eventually kick the beam, or the buque as it were. Shakespeare used this meaning of the word bucket in his play Henry IV: “Swifter then he that gibbets on the Brewers Bucket”. (“To gibbet” used to mean “to hang”.)[10]

For more lists like this, check out Top 10 Words You’re Saying Wrong, and 10 Innocent Words And Their Unbelievably Dirty Origins.