The 1950s and 1960s were a great time to meet little green men. At the very least, it was a darn good time to read about them in the newspapers. Almost every day, there were accounts of flying saucer sightings and incidents with little green men (who were not always green). 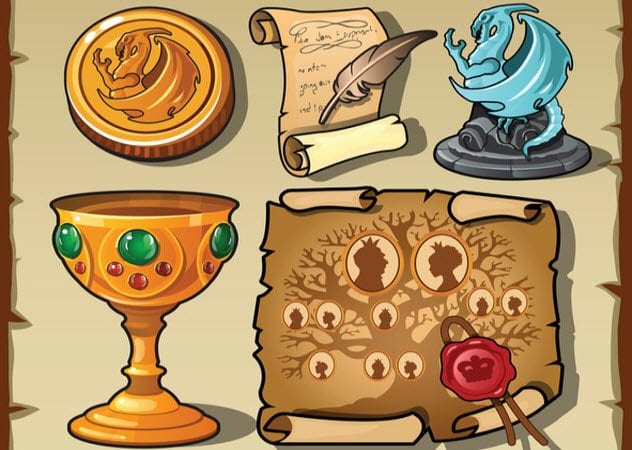 The UFO sightings drew out all sorts of crazy. One woman in Newtown, NSW, claimed that she was getting letters from the space beings and that the aliens were now permanent residents in Australia. The letters were written on parchment and contained “a mass of gold symbols and drawings which, as she explained to a skeptical television audience in Sydney, reveal amazing predictions for Australia’s future.”

The woman’s neighbor became alarmed when she learned that space aliens were delivering letters next door. She immediately called up her insurance company to find out what would happen if one of the spaceships crashed into her home.

The insurance company assured the distressed neighbor that her insurance would indeed cover an alien spaceship crash. She was covered against any damage that might be caused by “aerial devices, or articles dropped therefrom.” 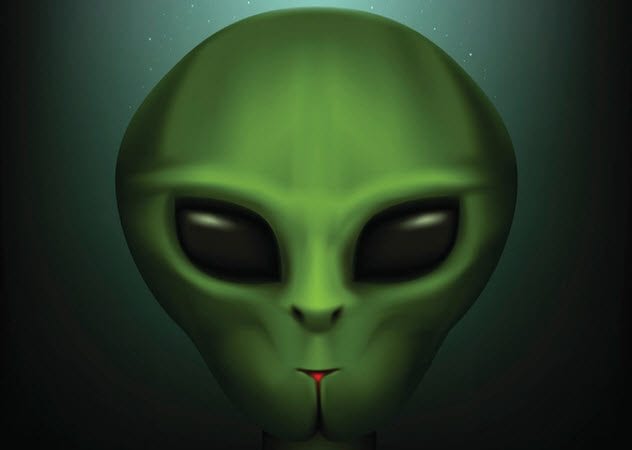 Out of Kentucky came a not-so-epic tale of alien invaders visiting a farm for goodness knows what. It was summer 1955, and the Sutton family got an unexpected visit from “space invaders.” The family described these invaders as “little green men with saucer eyes.”

The family was immediately upset by these strange visitors and decided to defend themselves. Pa Sutton, his immediate family, and several other relatives stayed up all night battling the green men, which were 1 meter (3 ft) tall.

The family said that the little men “glowed with an inner illumination” and were all over the farm. There was so much light all over the place that the only way they could spot one is if it stepped into the darkness.

The next day, people from town heard the news and trampled their way to the farm. Police came but could find no evidence of “space visitors.” 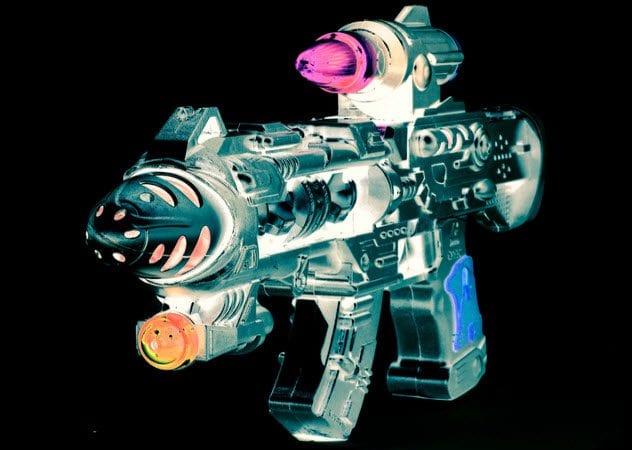 In winter 1969, Tiago Machado, a 19-year-old peddler, saw a UFO land in the town of Pirassununga, Brazil. The young man approached the ship, and four little green men came out of it.

He tried to talk to them, but they would have none of it. Instead, one of the greenies pulled out a ray gun and shot the young man. He collapsed, legs swollen, and the green men got back on the ship and buzzed off.

Dozens of other people in town saw the flying saucer, too. They described it as “a ball of fire” squashed by “two plates joined together.” Investigators went to the site of the landing and discovered “a circular area of crushed grass” with “three symmetrical indentations apparently made by some form of tripod” in the center of the circle. 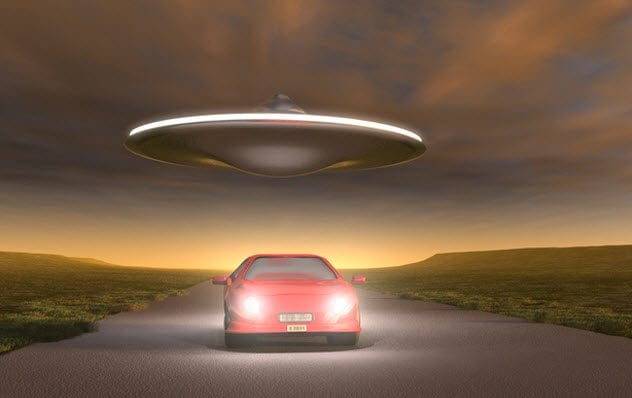 In fall 1968, the little green men gave two young men in New Zealand quite a run for their money. As the story goes, the young men were out for a drive when a flying saucer started to chase them.

It dived at the car over and over again. The young men panicked and slammed on the gas pedal. Before they knew it, they crashed through the window of a fruit shop.

The men explained their story to the police, and other residents confirmed that they had seen a strange, lighted object in the sky just the other night. The insurance company dealing with the crash accepted the UFO story. They claimed that they had already accepted fairy stories on other accident claims, so adding space aliens to the list of acceptable excuses was no surprise. 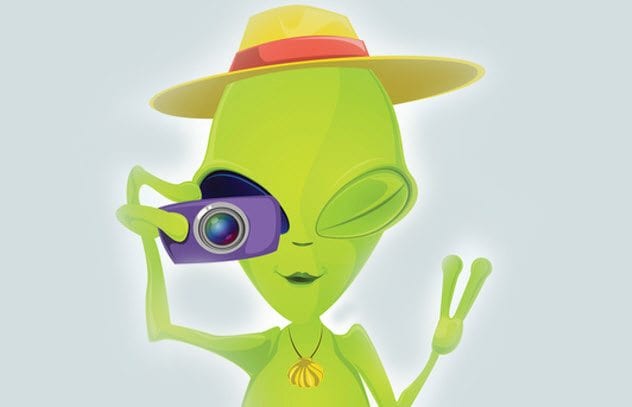 Petersen’s encounter was printed in 1954, roughly four years after his death. As he had recounted to his friend prior to passing away, Petersen had met a group of aliens one afternoon while walking home. Two flying saucers hovered above him, and then one of them landed in front of him.

The lid popped open, and out came a very “handsome” group of men and women. They pointed a “photographic machine” at Petersen and took his photo. When they showed it to him, he was surprised to see that the picture was in color. They also took his book, fountain pen, watch, and wallet. Then they left in a whirl.

These aliens, labeled as “outer space visitors,” were a far cry from the typical little green men being reported at the time. In fact, it sounds more like a visit from the future as opposed to a visit from Martians. 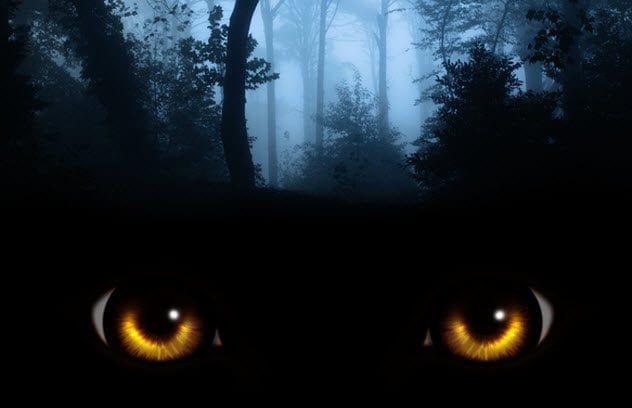 News of a flying saucer landing spread through a little town in West Virginia in 1952. Out of curiosity, a group of six people, led by a 17-year-old young man, decided to check it out.

Up the hill they went, and the young man thought he saw a pair of eyes staring at him from a tree. The young man flashed his light into the tree and saw a “bloody red face and a green body that seemed to glow.” He let out a scream and fell over backward.

The police were called in and got a good laugh over the young man’s scare. They said that the thing he supposedly saw grew from 2 meters (7 ft) to 3 meters (11 ft) in 24 hours. Nothing more came of the sighting. 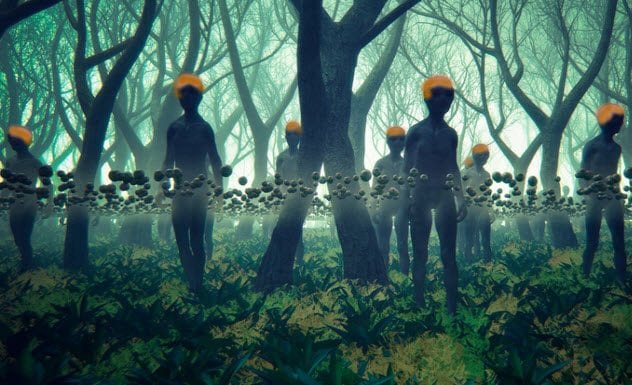 In spring 1950, the British Air Ministry got a frantic phone call from a bus conductor. The man was gazing out his back bedroom window when he made the call. “There’s a flying saucer in the sky with lots of little men with ginger hair inside,” he reported.

Shortly afterward, the British Air Ministry got a second call. This time, a woman reported, “It’s a boomerang thing swaying. There are some black dots at the bottom.” When asked if there were little men with ginger hair aboard, she said she could not tell. She had left her glasses in the kitchen.

The object was finally identified when a parachute training center called the British Air Ministry to report that one of their parachute jumping balloons had escaped its moorings. 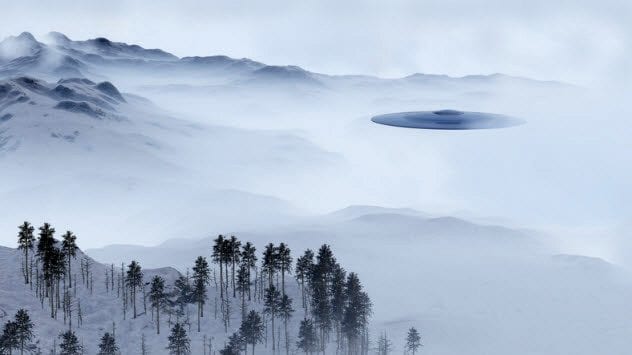 Today, people step outside to catch Pokemon. In the 1950s, the trend was to head out and photograph flying saucers. It was reported out of Milan in 1952 that a man did manage to capture a flying saucer on camera.

According to the man’s story, he and his wife were climbing the Italian Alps when he saw a flying saucer land on a glacier. A human-shaped figure wearing what looked like a diving suit stepped out of the saucer and walked around it as if looking for a flat tire. Satisfied, the alien figure got back in his ship and zoomed off without a sound.

2 Learn The Language Before You Travel 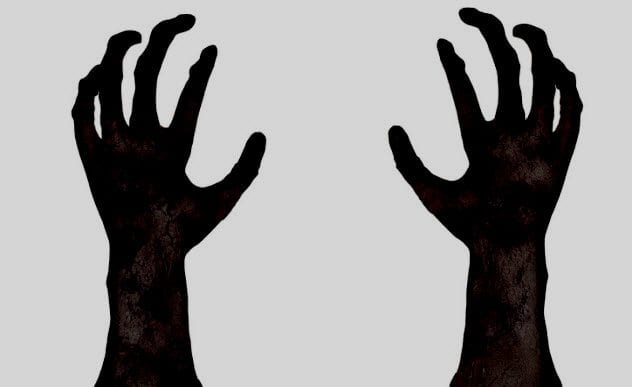 In summer 1954, two young women were picking berries in Norway when a flying saucer landed nearby. A man came out of the saucer. He was described as having long hair and dark skin.

The alien man walked up to the women, and they thought he wanted to talk to them. They tried speaking to him in English, German, and French. The alien did not understand a word of it and tried to communicate through gestures and drawings. No such luck.

The alien man got back into his flying saucer and hummed off. The women hemmed and hawed about telling anyone their story. Finally, they told the police in Northern Central Norway, and news of the strange visitor hit the newspapers. 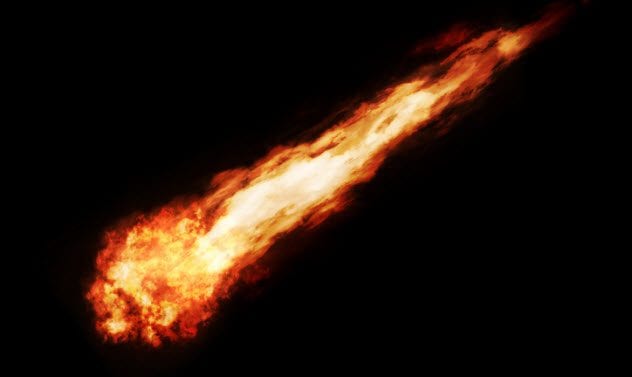 In summer 1952, a Scoutmaster was driving in his car with three other scouts. When they reached the edge of the Everglades, Florida, he saw strange flashing lights. The Scoutmaster parked the car and went to investigate the lights, leaving the scouts behind in the safety of the car.

When he reached the lights, he saw a flying saucer “shaped like a half rubber ball.” It hovered and hissed above the ground in front of him. His company must not have been wanted because the inhabitants fired a “ball of fire” at him. It floated in slow motion in front of his face. It singed the hair on his arms and burned a hole through his scout hat.

The man blacked out. When he awoke, he said he had “no sense of feeling, and even now I have a tingling” sensation.