You can read our hot take on Trump’s dramatic win here. But for now, we’re gonna focus on the crazy reports outside the US that The Donald pushed off the front page. 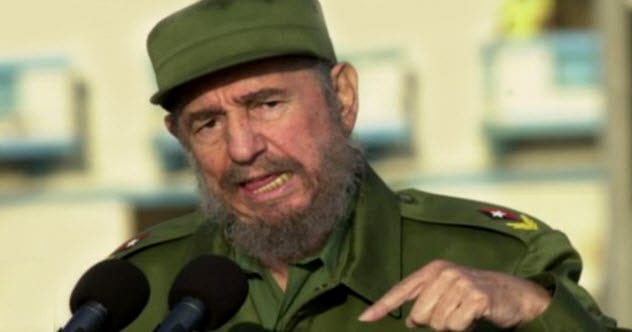 In a year of notable deaths, Fidel Castro’s may have been the most notable of all because of what he represented. Castro was the last surviving slice of the Cold War in the Americas. With his death at age 90, the long story of the 20th century finally came to a belated end.

To many on the left and in Latin America, Castro was a hero. To those on the right and in the West, he was a psychopath who killed over 10,000 people. As the news of his long-awaited end finally broke, it seemed like everyone had an opinion on the man . . . except, oddly, those in Cuba.

According to the BBC, young Cubans marked the dictator’s passing with little more than a shrug. Even in the country he once ruled, Castro was already seen as a relic of the distant past. 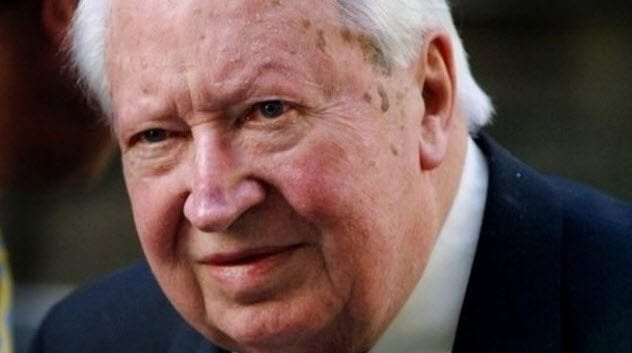 Since the story of celebrity pedophile Jimmy Savile broke, the UK has been battered by a string of sex scandals involving the country’s elite. November 2016 saw another two explode—one involving the nation’s soccer players and the other involving a former prime minister.

On live TV, four former soccer players claimed that they’d been raped as kids by coaches on prominent children’s teams. The youngest was around 12 at the time. Since then, at least 10 more ex–child soccer stars have come forward. It’s believed that the total number of victims could stretch into the hundreds.

Around the same time, Wiltshire police revealed that they had arrested two people in connection with possible sex crimes by former PM Edward “Ted” Heath. Heath, now dead, is suspected of soliciting sex from underage boys. Supporters claim that Heath, recently revealed as having been gay, is being deliberately smeared by homophobic police officers. 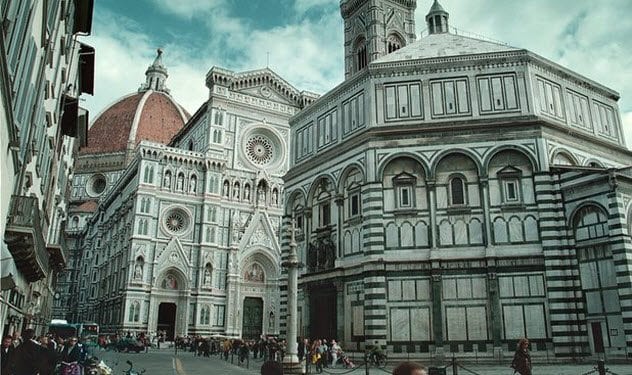 Florence is one of the most beautiful cities in the world. Its preserved Renaissance core is almost unmatched in elegance and architectural importance. So when McDonald’s applied to open a restaurant in the heart of the unspoiled Piazza del Duomo, Florence authorities gave a polite but firm “no.”

McDonald’s responded by suing them for $20 million.

McDonald’s is claiming that the rejected application has damaged their business. The mayor of Florence is claiming that a tacky fast-food joint would have damaged his irreplaceable city. To be clear, the proposals were monitored by a team that was specifically tasked with preserving Florence’s historical buildings. They declared that the company’s plans would destroy hundreds of years of history.

At the time of this writing, the case is still ongoing. 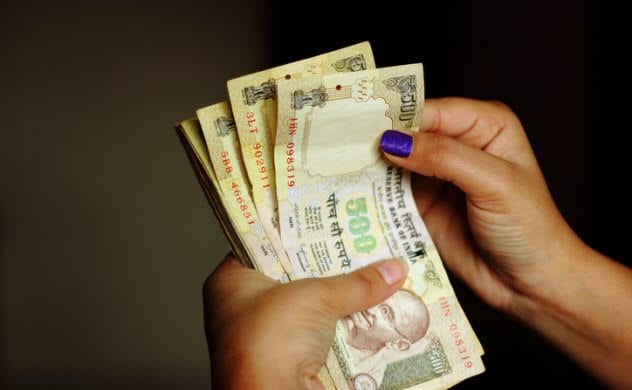 Imagine waking up to find that any dollar bills you had were completely worthless. That’s what happened in India on November 8. Without any warning, Prime Minister Narendra Modi announced that the 500- and 1,000-rupee banknotes had been scrapped. The bills are the most commonly used throughout India. Almost immediately, the country was plunged into a major currency crisis.

India is a cash economy. Half of its 1.25 billion people don’t have bank accounts. Many people’s life savings exist only in paper form. In the blink of an eye, those savings were wiped out.

The idea was to crack down on untaxed transactions and get more people to open bank accounts. However, 300 million Indians lack the required documentation to join a bank. The result has been major panic, and the economy remains in turmoil. Cash-based businesses are crashing, and tempers are fraying. What happens next is impossible to predict. 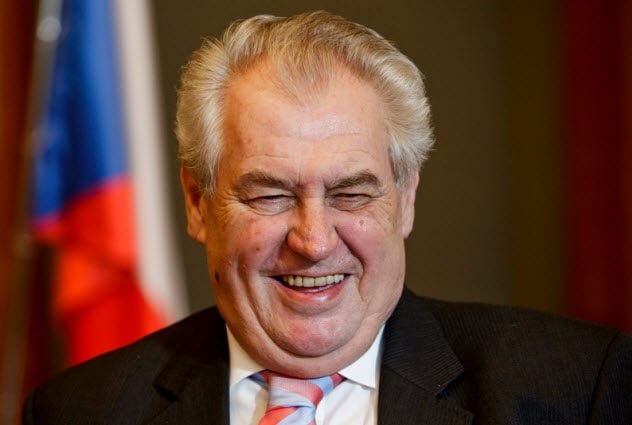 Lese-majeste laws make it illegal to insult the head of a state. Although they are popular in dictatorships, they are relatively rare in liberal democracies. Apparently, the Czech Republic didn’t get the memo. On November 16, 60 MPs tabled a motion to make insulting the president a criminal offense.

There are a couple of reasons why this is a terrible idea. One is that the Czech Republic previously had these laws when it was a Communist dictatorship. The other is that Czech president, Milos Zeman, is the easiest-to-insult leader in the entire world.

A raving drunk who likes to turn up at state functions sloshed and spew swearwords at bystanders, Zeman is like Rob Ford crossed with Boris Yeltsin. He has nonexistent approval ratings. He gets pelted with eggs wherever he goes. If this law gets passed, expect 90 percent of Czechs to be arrested within the first week.

5 The UK Returned Censorship To The Victorian Era

The Brits have a reputation for being uptight about stuff like sex. A new law passed in November shows why. As part of the government’s Digital Economy Bill, it became illegal to watch “non-conventional” sex acts online. The bill effectively cuts everyone in Britain off from Internet pornography.

The bill gives the government the power to shut down any website that hasn’t had all its videos individually classified by the British Board of Film Classification. When it takes effect, it will de facto block every adult site.

4 A US Mayor Called Michelle Obama An ‘Ape In Heels’ 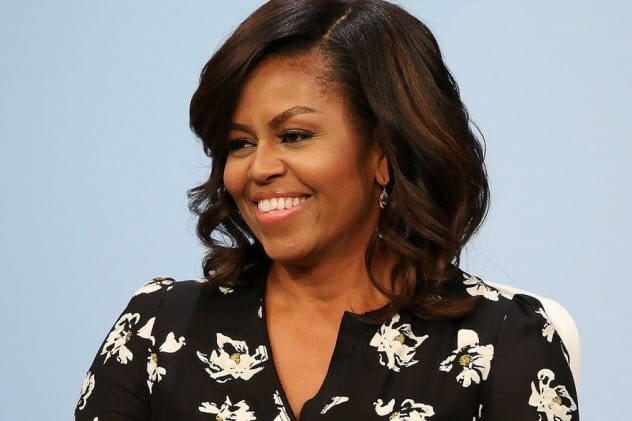 Until recently, almost no one had heard of the West Virginia town of Clay (pop. 491) or its mayor, Beverly Whaling. Then Whaling took to Facebook to share her thoughts on Trump’s victory in the US election. What followed was one of the biggest race controversies in recent years.

Whaling liked a post by her fellow Clay County resident, Pamela Ramsey Taylor, comparing Melania Trump and Michelle Obama. “It will be refreshing to have a classy, beautiful, dignified first lady in the White House. I’m tired of seeing a Ape in heels,” it read.

The post caused a firestorm after it was noticed by local news outlet WSAZ. Comparing black people to apes has a long and ignoble tradition among racists, and the idea that a mayor would approve shocked many. After 85,000 people signed a petition calling for her to step down, Whaling was forced to resign.

3 New Zealand Was Smashed By A Massive Earthquake 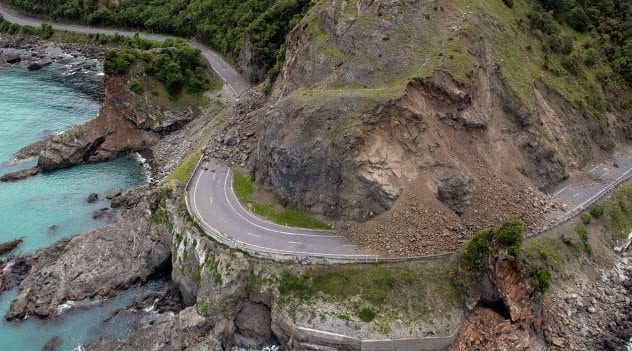 On November 14, New Zealand’s South Island was struck by a massive 7.8-magnitude earthquake. Centered around the tourist town of Kaikoura, it caused buildings to collapse and tsunamis to batter the coast. It also triggered around 100,000 landslides. Kaikoura was completely cut off. Over two weeks later, it’s still isolated.

The quake itself was followed by a powerful series of aftershocks that caused yet more damage. Although the death toll was mercifully low, it still brought back memories of the devastating 2011 quake that leveled the town of Christchurch, killing nearly 70.

Following the Kaikoura quake, the New Zealand Crown Research Institute for geophysics and nuclear science estimated that the country was entering a long cycle of earthquakes that could last for years. Disturbingly, they also gave a 32 percent chance of a 7-magnitude quake hitting in the next month. Sadly, New Zealand’s earthquake woes may be just beginning. 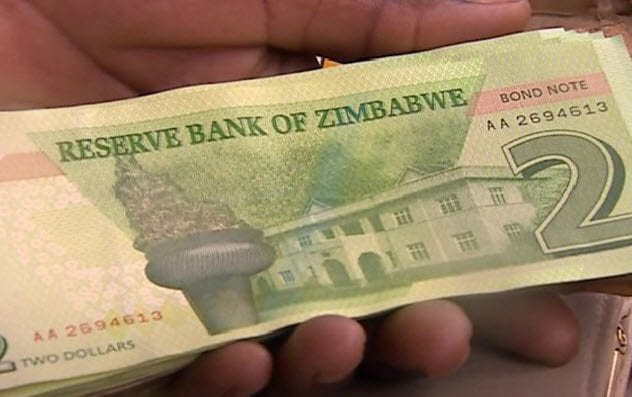 In 2009, the Zimbabwean dollar collapsed. Hit by the worst hyperinflation in recorded history, the government scrapped the currency when 35 quadrillion Zimbabwean dollars were needed to buy one US dollar. Since then, the country has used US dollars as the official currency . . . until now. On November 28, Harare issued its first new note in seven years.

The note had to be issued as the country is running out of US dollars. The government has also insisted that it is not a currency but a bond note that has parity with the dollar. However, the mere idea of this new note has already caused a run on Harare’s banks and the biggest protests that the Mugabe regime has seen in a decade.

If the new note gets caught up in the old hyperinflation loop, it’s entirely possible that subsequent riots could topple the Zimbabwean government. 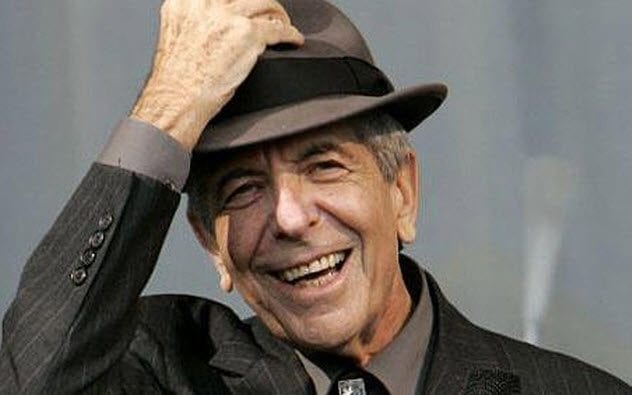 It’s not often that we have to bookend one of these columns with two significant deaths, but 2016 seems determined to kill as many iconic figures as possible. Bowie died in January. Prince died in April. Then, on the eve of the US election, another music legend bit the dust. Following a nasty fall at his home, Leonard Cohen, 82, was pronounced dead.

Cohen had already lived a full life and had his greatest work behind him. But his death still sent shock waves across the world. Here was one of the few singers left that you could seriously call an icon. He stood up there alongside Bob Dylan and Bruce Springsteen.

With his death, the tiny number of surviving 20th-century musical geniuses got even smaller. Here’s hoping we get to the end of next month’s roundup without adding another name to this depressing list.