Donald Trump is the next president of the United States.

Two years ago, that sentence would have seemed satirical. Just last month, it sounded implausible to many. Yet Trump’s meteoric rise isn’t a joke. Nor is it just the story of some plucky underdog. The 45th president’s path to success was made possible by a specific set of remarkable factors. 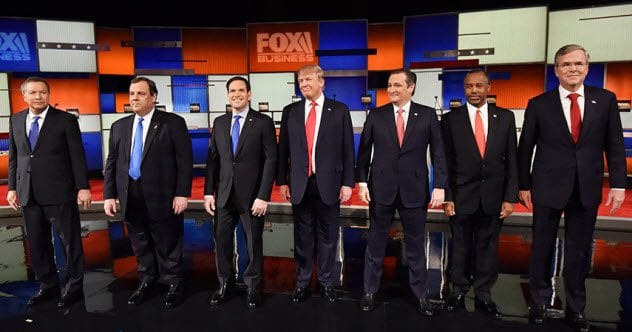 Many leaders in the Republican Party, especially those who supported Jeb Bush, did not want this to happen. Trump is not an orthodox conservative. He’s an isolationist who promised during the campaign to rip up trade deals, depose Paul Ryan, and “ensure the rich will pay their fair share.”

That Trump made it to the White House is due in part to major errors by Republican elites.

In January 2016, Ted Cruz won Iowa. He had momentum, was a passionate conservative, and was wildly popular with evangelicals. To stop Trump, all the GOP elites needed to do was passionately embrace Cruz. But they didn’t.

Endorsing the headstrong Cruz was just too unpalatable. So they backed first Rubio and then Kasich, splitting the anti-Trump vote. After the convention, the GOP elites needed to treat Trump as they did Barry Goldwater and retract all financial and logistic support. Some did. But not enough.

Paul Ryan never technically retracted his endorsement of Trump. Of the Republican leaders who did, many later re-endorsed him. Heavy hitters like Chris Christie threw in with Trump. By dithering, the GOP elites sank their own #NeverTrump campaign. 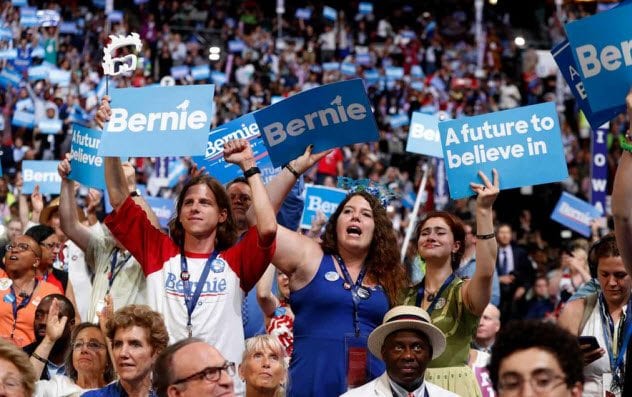 Hillary Clinton was the weakest Democratic candidate ever nominated for president. She had historical baggage from the Bill Clinton White House, an ongoing email scandal, a scandal over US deaths in Benghazi, multiple corruption scandals, and low popularity ratings. She was running as a second Clinton, only eight years after the country decided that having a second Bush in the White House had been a terrible idea.

Clinton simply shouldn’t have been her party’s nominee. If the Dems wanted an establishment candidate, Joe Biden was the answer. If they wanted an outsider, Bernie Sanders was ready and waiting. Either would have stood a better chance against Trump.

Instead, fate intervened with the death of Biden’s son, causing him to pull out. Then the DNC deliberately sabotaged Bernie Sanders’s campaign from the inside, ensuring that Clinton was nominated. In doing so, they alienated Sanders supporters and angered many Americans. 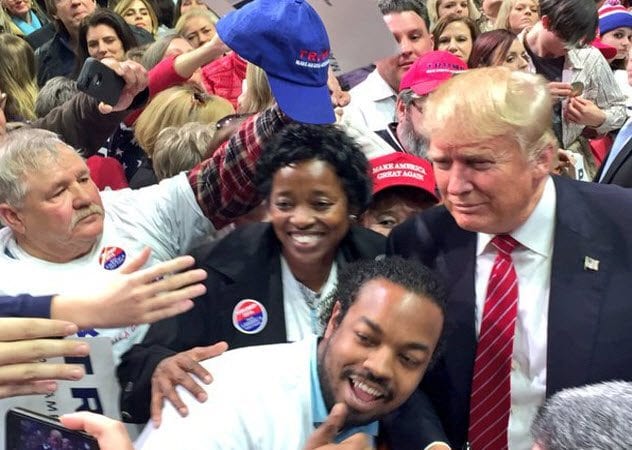 Not so long ago, a blue-collar manufacturing job supported a modest family. Then those jobs vanished. Next, the middle-class jobs started to go. Between 2000 and 2011, the makeup of America’s poorest neighborhoods went from mostly uneducated and mostly black to white people who had graduated high school and even college. People whose parents had expected their children to be better off than they were.

You could call this the death of the American dream. Maybe if Washington, the press, or even Hollywood had responded with sympathy, there wouldn’t be this anger. But Washington doesn’t do sympathy, and neither did Clinton. For many of those left behind, only an outsider like Trump could demonstrate to the distant elites the pain they were feeling. 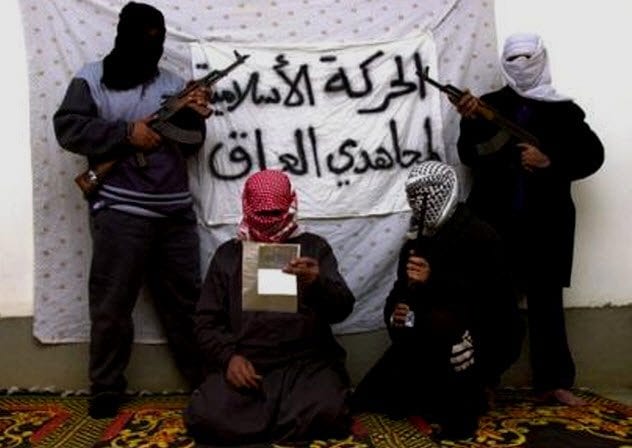 According to Gallup, terrorism was the number one issue of Trump voters in this election, far outpacing the economy and immigration. And by that, most of them meant Islamic terrorism.

Right-wing terrorism and terrorism inspired by Black Lives Matter have killed lots of cops this year. But only Islamic terrorism appears so often in the news and so often targets civilians.

This creates a climate of fear where people worry about their own families. When PC politicians appear reluctant to call it Islamic—even if that perception is unfair—it makes people worry that the state won’t protect them. So when one candidate proposes a quick-fix Muslim ban, voters respond.

It’s the same with stuff like ISIS, China, crime, and immigration. In each case, Trump offered a simple policy that tapped into people’s real worries. Even his unworkable ideas spoke to something deep in many people. Meanwhile, the Dems belittled those same fears and told anxious Americans they were wrong. 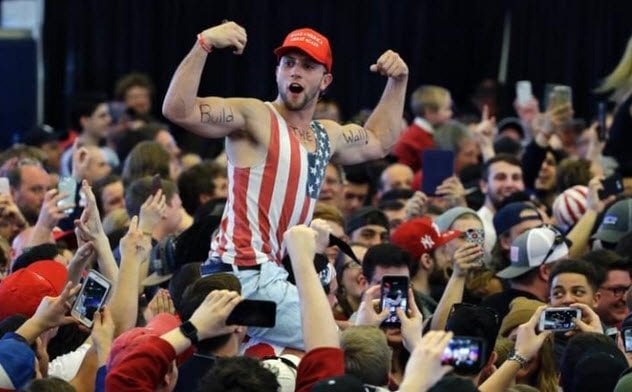 Some of Donald Trump’s supporters are openly racist. David Duke, for example, is a former grand wizard of the KKK. But saying that “all Trump supporters are racists” is, frankly, horse manure. Trump won by securing the white vote across every single demographic except college-educated women. He did this by successfully tapping into white anxieties.

The days when America was a white country are over. America is expected to become a majority-minority nation by around 2040. News of this has exploded at a time of acute white worry. There’s a black president in the White House. The media consistently portrays whites as a privileged elite. Campus and online activism have become so identity-focused that many feel they’re being monitored by a 21st-century thought police.

Even when these fears are overblown, they’re still real and still scary. Donald Trump was seemingly the only candidate who listened. 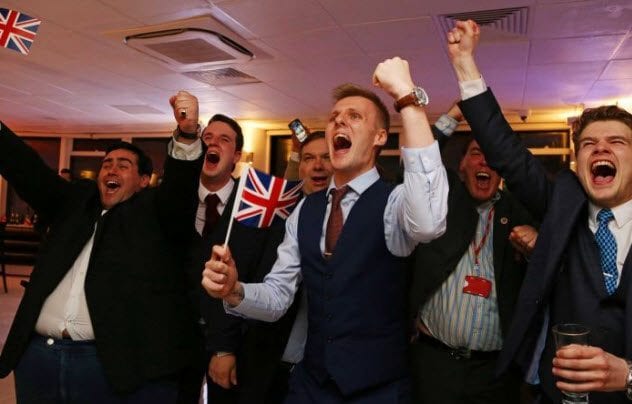 Interestingly, the first sign that Donald Trump would win the presidency came from Britain. On June 23, the British public defied all predictions by narrowly voting to leave the EU.

“Brexit” featured many hallmarks of the Trump campaign: anger at a faceless elite, fears over immigration, and an assertion of white identity. But Brexit wasn’t the catalyst for Trump’s unexpected win. Both movements were simply riding the crest of a wave now sweeping the Western world.

2016 has been the year of the outsider. In Germany, anti-immigrant Alternative for Deutschland made sweeping electoral gains. In the Philippines, outsider strongman Rodrigo Duterte was elected on a promise to legalize vigilante killings. Iceland’s populist-left Pirate Party took 25 percent of the vote. In Britain, the official opposition leader is a guy who voted against his own party 500 times.

Next year, France’s ultranationalist Front National may win elections. Angela Merkel could be deposed in Germany. A new zeitgeist is sweeping the world, and Trump is just the latest to ride that wave to victory. 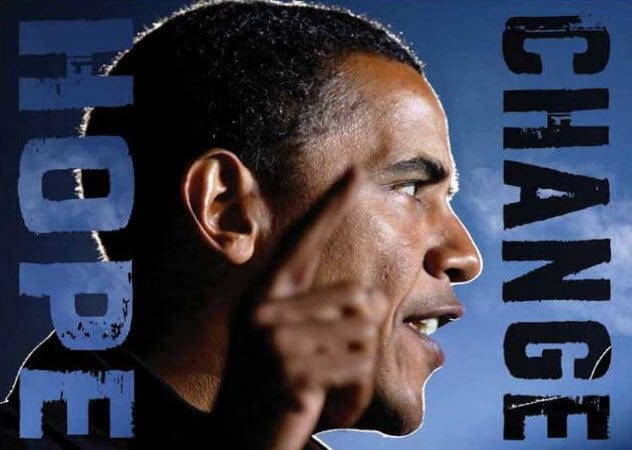 Since the end of World War II, there has only been one instance of a party holding the White House for three terms—when Ronald Reagan made way for George H.W. Bush. That fact alone meant that Clinton was facing an uphill battle. After two terms of the Dems holding the presidency, voters were already hungry for change.

Yet few saw Trump’s victory coming. After all, Obama’s approval ratings are currently sky-high. Unemployment is below 5 percent. Things aren’t great, but they could be worse. So what happened?

Even in ’08, Americans were getting fed up with Washington and the elites. Remember, Barack Obama was the outsider candidate. He was young. He promised “Hope” and “Change.”

But he failed to bring the desired change. If anything, corruption got worse. Voters gave him two chances. Now they’ve gone for another candidate who promises to shake things up, for better or for worse. 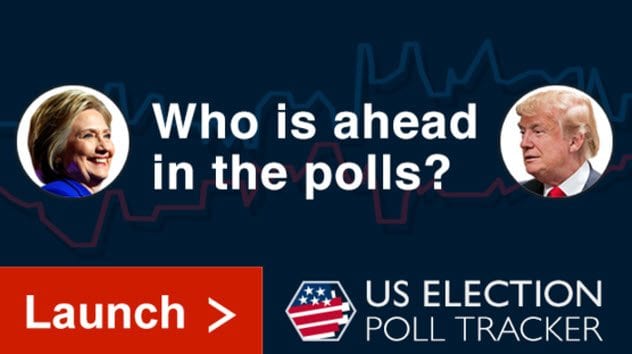 In the cold light of day, the 95 percent chance of victory given to Clinton by almost all pollsters seems absurd. It will go down in history right alongside the Chicago Tribune’s “DEWY DEFEATS TRUMAN” headline from 1948. It also undoubtedly affected the election, possibly costing Clinton the White House.

Since July, nearly all polls have shown Clinton winning. There was even talk of a Democratic landslide that would hand the Dems the House and Senate. As a result, the DNC got lazy. Clinton skipped campaigning in traditionally Democratic states. She didn’t even spend much time in battlegrounds and swing states, seeing all of them as in her pocket.

Voters reacted, too. On the right, there was anger at an “inevitable” Clinton victory. On the left, complacency. Liberals avoided reality. When Nate Silver gave Clinton only a 64 percent chance of winning, Democrats accused him of fabricating stats to drive traffic to his website. This “head in the sand” approach allowed them to ignore growing public anger until it was too late. 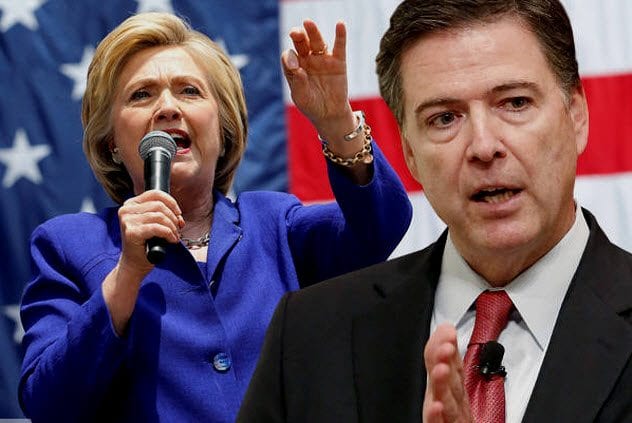 Even with the polls being majorly off, Clinton might still have squeaked a narrow victory. Around mid-October, she was registering 12-point leads. Polls that later correctly predicted Trump’s victory, such as the LA Times/USC, had her up by one point. If the election had been held then, we’d probably have seen Clinton just clinch the presidency.

But it wasn’t held then. On October 28, the head of the FBI, James Comey, sent a letter to Congress informing them that he was reopening the Clinton email investigation. The presidential race exploded.

Although the FBI ultimately decided that the new emails didn’t change anything, the damage was done. Clinton’s poll numbers dropped off a cliff. While she recovered just before the election, she didn’t recover anywhere near enough to win. As early voting started, many just had one word they associated with Clinton: criminal. 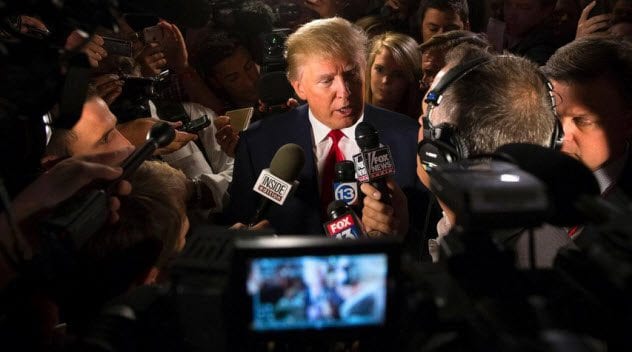 In August 2015, we wrote an article called “10 Reasons Donald Trump May Be A Political Genius.” In it, we accurately predicted that Trump would win the Republican nomination, about six months before anyone else could say those words without laughing out loud.

A lot of our reasoning in that article still stands. But one entry stands out more than any other: The Donald’s ability to play the media like a pro.

Trump has a long background in TV and entertainment. He knows exactly what to say to rile up his core audience. He instinctively knows how to draw attention to himself. Every single time one of his rivals started to dominate news coverage, he’d detonate a rhetorical grenade and swing all the cameras back his way. By summer 2015, Rand Paul was already complaining about Trump’s “free coverage.”

Trump understood that old maxim that “there’s no such thing as bad publicity.” He knew that even as pundits were on TV denouncing his latest policy, the people sitting at home were hearing what the Donald wanted them to hear. Don’t believe us? Try to name five Clinton policies off the top of your head. Then try to name five of Trump’s. We’re betting Trump’s come easier.

All election, the media wanted nothing more than to tear Trump down. Instead, they may have accidentally built him up into the most powerful man on Earth. If that ain’t irony, we don’t know what is.