Embalming is performed to ensure the preservation of the deceased for various reasons, be they religious, educational, or for funeral viewings. The following facts pertain to the historical intricacies that led to the development of modern-day embalming techniques. These facts are both fascinating and sometimes quite unsettling. 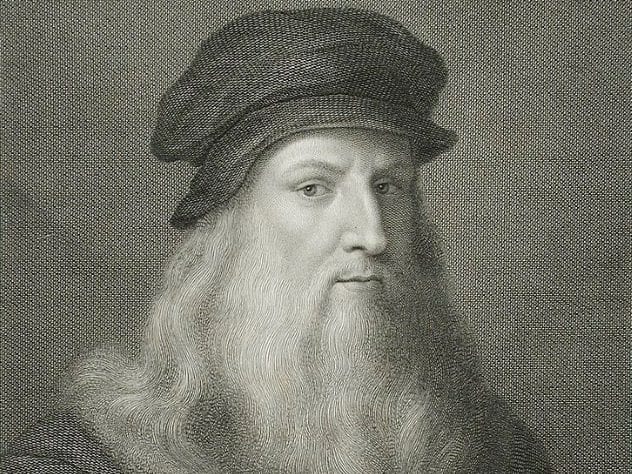 In the 15th century, the desire to understand human anatomy to a fuller extent brought about new trial-and-error techniques in body preservation. Undoubtedly, one of the most well-known men to embark on this challenging endeavor was Leonardo da Vinci, who described a method of intravenously injecting various fluid concoctions.

One fluid concoction that he was studying consisted of oil of lavender, rosin, wine, turpentine, sodium and potassium nitrate, camphor, and wax. Two centuries later, Peter the Great acquired Frederik Ruysch’s “repository of curiosities,” which described the method of injecting liquor balsamicum, a secret ingredient consisting of clotted pig’s blood, Berlin blue, and mercury oxide. In wonderment, Peter the Great described the efficacy of Ruysch’s solution, stating, “I saw boys and girls 4 years old, visibly well vascularized, with open eyes and soft little bodies, and they were not even in alcohol.” 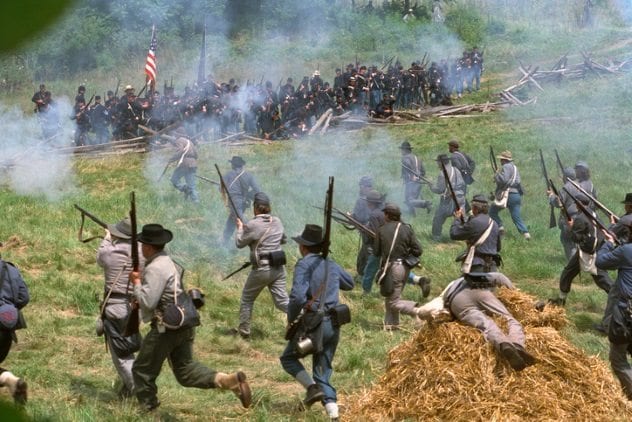 During the US Civil War, embalming became an imperative need for deceased soldiers’ long journeys home. Following the death of President Lincoln’s dear friend, Union colonel Elmer E. Ellsworth, surgeon Thomas Holmes was commissioned to embalm the body. Afterward, Holmes’s services were in high demand due to the exceptional work he had performed, which earned praise from Mrs. Lincoln.

He began selling his secret concoction for $3 a gallon and accepted a commission as a captain in the US Army Medical Corps. His fee for embalming an officer was $50 and $25 for an enlisted man, although his prices rose to $80 and $30, respectively.

As word spread of embalming’s lucrative potential, surgeons, pharmacists, and anyone willing to try their hand converged on battlefields seeking fallen officers, knowing families would be willing to pay the fee. Although disconcerting that embalming was employed by opportunistic civilians and not the military, it allowed headway for future methods. 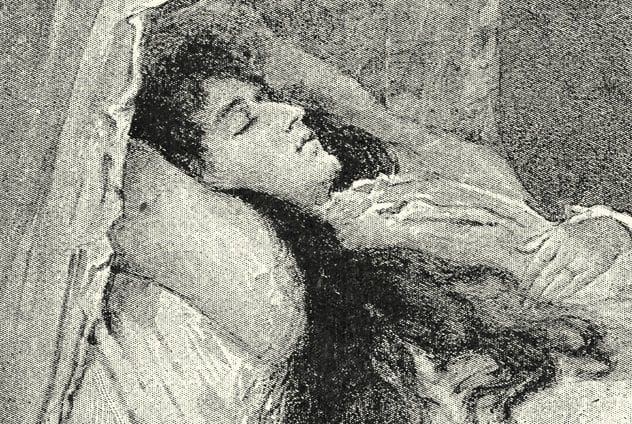 To describe Martin Van Butchell as an eccentric dentist would be putting it kindly. He was a man who lived an unconventional lifestyle, and although he had a respectable profession, his social and professional etiquette was often unacceptable.

With his wife Mary’s passing in 1775, Martin solicited the help of his friend William Hunter, a respected anatomist whose talents assisted in Queen Charlotte’s labor, to preserve his late wife’s remains. Following Mary’s embalming, Martin displayed her corpse for public viewing in his office window. The Morning Post described the intricacies involved in the process of embalming, sparing no graphic detail.

In time, her preserved remains were exhibited at the Museum of the Royal College of Surgeons in London. She would remain there on public display until she was destroyed by German bombs in May 1941. 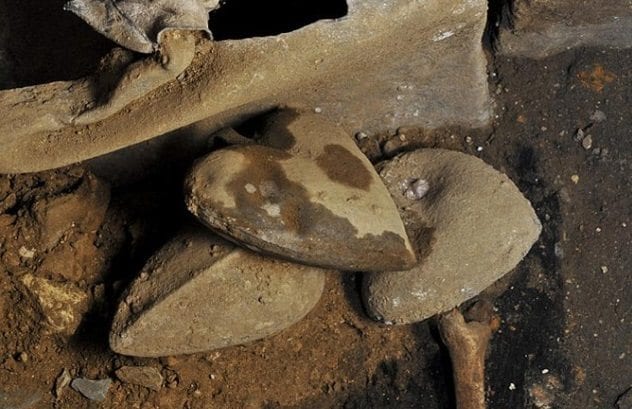 Underneath a 14th-century French convent lay five well-preserved embalmed human hearts, which were recently unearthed by archaeologists. This is of great importance for research into health hundreds of years ago. Perhaps most intriguing is that one of the hearts, a knight’s, was buried with the well-preserved body of his wife. This was common practice, given that the heart was considered a spiritual symbol.

During the Late Middle Ages, European royalty were embalmed by physicians, using techniques influenced by ancient Egyptians. By the 16th century, the body would be washed, infused with herbs and spices like lavender and thyme, and dehydrated with powders and ointments. The body, or body part, would then be wrapped in layers of wax cloth, sealed with beeswax, and placed in a lead coffin or urn. This elaborate process of preservation is an archaeologist’s dream, given the rarity of working with organic materials, which would naturally disintegrate after death. 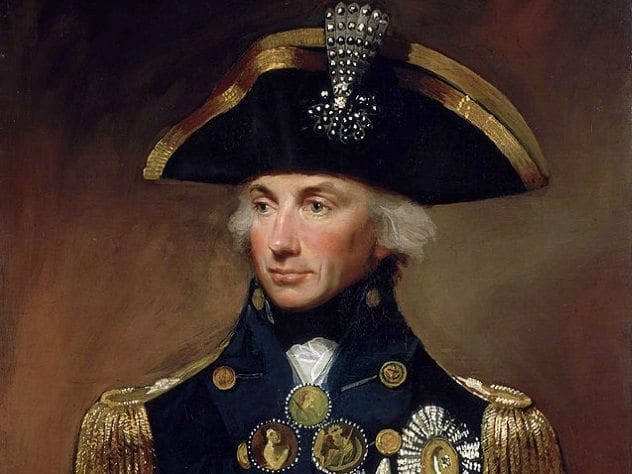 One of Britain’s most respected military heroes was Vice Admiral Horatio Nelson, who was fatally shot in October 1805 in the Battle of Trafalgar during the Napoleonic Wars. The surgeon aboard Nelson’s ship, William Beatty, made the decision to preserve the admiral’s body for the long voyage back to England. However, preservation practices were quite different in the early 1800s. Nelson’s remains were placed in a drum filled with brandy, which would frequently be refilled in accordance to how much fluid the body was absorbing.

Upon the ship’s arrival in England, Beatty was harshly criticized for using brandy instead of rum, which was considered a superior preservative. However, he was vindicated once the ship’s officers witnessed Nelson’s “undecayed state after a lapse of two months since death.” 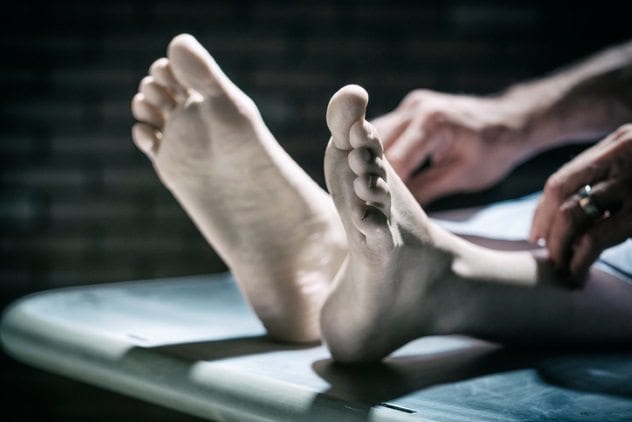 As embalming became more frequent in the 19th century, professional parlors opened but were a rarity. Thus, the majority of embalming took place at the residence of the deceased. Undoubtedly, this would have been an unsightly scene for any loved one who chose to stay during the procedure.

As if the profession wasn’t unpleasant enough, the embalmer would have to transport a variety of portable tools and equipment, such as a cooling table, upon which the corpse would be placed for both embalming and viewing. Despite the name, cooling tables did not have any source of refrigeration. Other necessary tools one was required to lug around consisted of the following: mouth clamps, scalpels, drain tubes, glass syringes, heavy jars of embalming fluid, drapes for the cooling table, cosmetics, curling irons, razors, and sharpening stones. 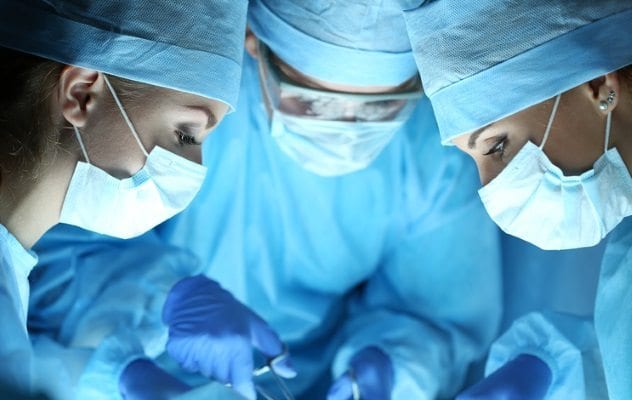 In accordance with her faith, Madeline Post instructed that her remains be cremated following her death. Post succumbed to cancer in November 2000 and instead on her body being delivered to a crematorium in Fort Lauderdale, Florida. Her corpse was “rented” for training purposes by Lynn University, where students practiced embalming.

After her body was used as a final exam, Post’s desecrated remains were cremated. It would take four months until her husband, Jeffery, learned what had been done to his wife’s body. Naturally, Jeffrey sued Professional Transport Systems as well as Lynn University and the funeral home. The latter two eventually settled out of court. It is believed that there may be more than 600 other families of poor economic backgrounds whose loved ones were “rented” by the university. 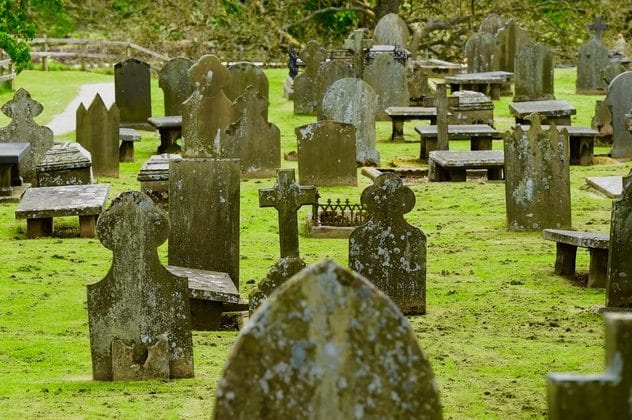 A study has demonstrated the carcinogenic effects of formaldehyde and concluded that embalmers are more susceptible to cancer, heart disease, and pneumonia. Although measures have been made to decrease toxic exposure for embalmers, homeowners who live near Civil War–era cemeteries—and any cemeteries from the 1800s or early 1900s, for that matter—face the grim reality that their water supply could be tainted.

Prior to 1900, recipes for embalming fluid primarily contained arsenic, a poisonous element that doesn’t degrade. In 2002, Iowa City was found to have three times the federal limit of arsenic levels in their water. Researchers claim that toxins could be leaking out of graves and into the soil, where they are then washed into the water supply via rainwater and flooding. Human ingestion can cause significant health problems, such as skin, lung, liver, and bladder cancer. 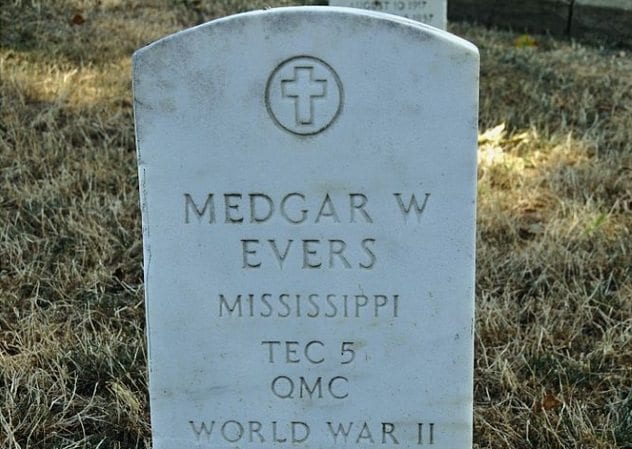 The extent to which a corpse is embalmed determines the length of preservation. For example, reinforced embalming can produce much longer-lasting results than conventional embalming. African-American civil rights activist Medgar Evers’s body was so thoroughly embalmed that it was still possible to perform an autopsy three decades after his murder.

Evers’s body was exhumed from Arlington National Cemetery in 1991, after prosecutors in Mississippi reopened the investigation amid charges that a key piece of evidence was tampered with. The prosecutors believed that this evidence would bring a conviction for Byron De La Beckwith, a white supremacist who was tried twice in 1964. Both trials had all-white, male juries, which ended up deadlocked.

After the prosecution team spent four years building a case, Beckwith was convicted and given a life sentence in 1994, 31 years after Evers’s murder. Beckwith died in prison at the age of 80 in 2001. 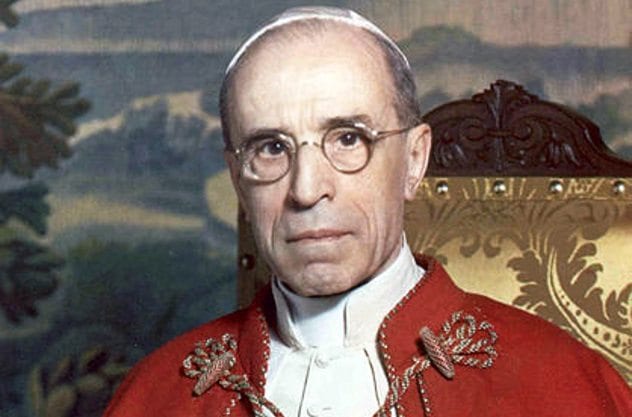 The death of Pope Pius XII in 1958 was marred by the appallingly undignified and public manner in which it was handled. An unscrupulous physician betrayed the pontiff by allowing photographs of the Pope’s agonizing last hours on his deathbed to be made public. They appeared on the front page of Italian newspapers. Matters only worsened following a botched embalming that resulted in significant decomposition prior to burial, with accounts describing his corpse as having turned “emerald green.”

As the days passed and putrefaction became significant, the pontiff’s nose fell off. At one point, a Swiss Guard assigned to stand watch fainted due to the nauseating stench emitting from the body. Fortunately, such a fate would not befall the beloved and joyful Pope John XXIII upon his passing in 1963.