Hemp is the common name for plants of the entire genus Cannabis, although the term is often used to refer only to Cannabis strains cultivated for industrial (non-drug) use. Industrial hemp has many uses, including paper, textiles, biodegradable plastics, construction, health food, and fuel. It is one of the fastest growing biomasses known, and one of the earliest domesticated plants known. Here are 15 fascinating facts about the less-pleasurable version of weed. [Source] 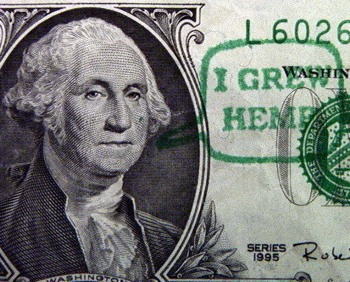 1. All schoolbooks were made from hemp or flax paper until the 1880s. (Jack Frazier. Hemp Paper Reconsidered. 1974.)

5. Benjamin Franklin owned one of the first paper mills in America, and it processed hemp. Also, the War of 1812 was fought over hemp. Napoleon wanted to cut off Moscow’s export to England. (Jack Herer. Emperor Wears No Clothes.) 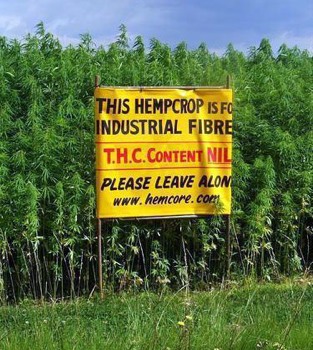 6. For thousands of years, 90% of all ships’ sails and rope were made from hemp. The word ‘canvas’ comes from the Middle English word “canevas” which comes from the Latin word cannabis. (Webster’s New World Dictionary.)

7. 80% of all textiles, fabrics, clothes, linen, drapes, bed sheets, etc., were made from hemp until the 1820s, with the introduction of the cotton gin.

8. The first Bibles, maps, charts, Betsy Ross’s flag, the first drafts of the Declaration of Independence and the Constitution were made from hemp. (U.S. Government Archives.)

9. The first crop grown in many states was hemp. 1850 was a peak year for Kentucky producing 40,000 tons. Hemp was the largest cash crop until the 20th century. (State Archives.)

10. Oldest known records of hemp farming go back 5000 years in China, although hemp industrialization probably goes back to ancient Egypt. 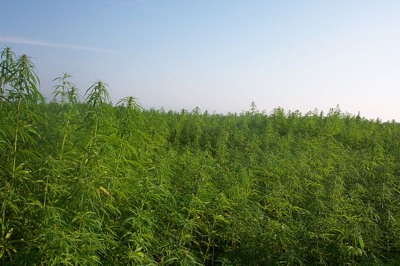 12. In 1916, the U.S. Government predicted that by the 1940s all paper would come from hemp and that no more trees need to be cut down. Government studies report that 1 acre of hemp equals 4.1 acres of trees. Plans were in the works to implement such programs. (U.S. Department of Agriculture Archives.)

13. Quality paints and varnishes were made from hemp seed oil until 1937. 58,000 tons of hemp seeds were used in America for paint products in 1935. (Sherman Williams Paint Co. testimony before the U.S.Congress against the 1937 Marijuana Tax Act.)

14. Henry Ford’s first Model-T was built to run on hemp gasoline and the car itself was constructed from hemp! On his large estate, Ford was photographed among his hemp fields. The car, ‘grown from the soil,’ had hemp plastic panels whose impact strength was 10 times stronger than steel. (Popular Mechanics, 1941.)

15. In 1938, hemp was called ‘Billion Dollar Crop.’ It was the first time a cash crop had a business potential to exceed a billion dollars. (Popular Mechanics, Feb. 1938.)