Many centuries of research and study have passed since Benjamin Franklin conducted his experiments with a kite in 1752, but there are still many myths about this revolutionary form of energy. Rest aside your misconceptions, grab some popcorn, and keep reading—you’re in for quite a shock! 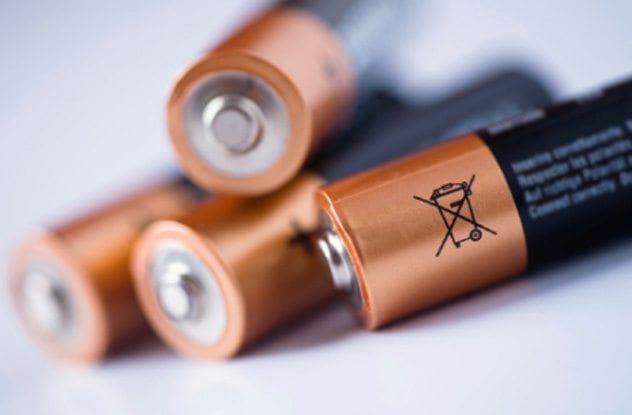 Ask yourself: “What is a battery?” A very common answer is that a battery stores electricity, or perhaps a form of free electrons “floating” around inside. However, that is far from the truth.

Inside a battery is a chemical soup known as an electrolyte, stored between two terminals known as electrodes (the positive and negative sides of a battery). When a battery is connected to a device (say, a flashlight), the electrolyte is chemically transformed into ions, and electrons are discharged from the positive electrode. The electrons are attracted by the negative terminal, but between the terminals is the device (in this case, a flashlight), and the electrons power it. 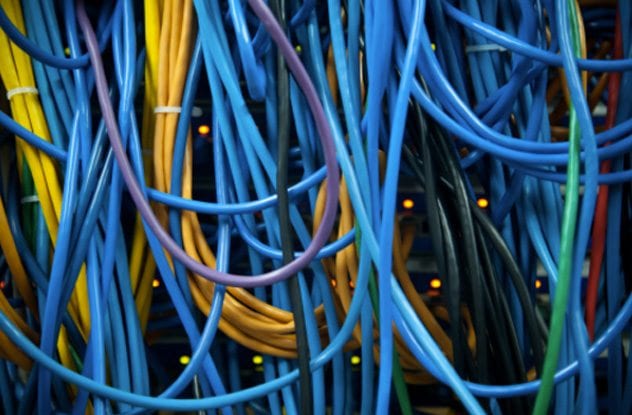 An understandable misconception about the current of electricity through wires is that thicker wires allow for more electrical current to travel through it, since there is a wider path and less resistance. Intuitively, this seems correct: a four-lane highway will allow more cars to pass in a given time than to a 1 lane highway. However, electrical current behaves differently.

Electric current can be compared to a river: at a wide point, the river is slow and calm; at a narrower point, the current flows much faster, but the same amount still flows through any given point.

8Electricity Has Zero Mass Or Weight 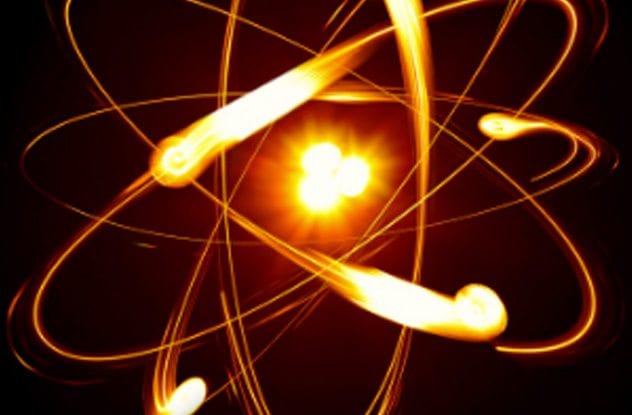 Since it is impossible to view electricity with the naked eye, it is easy to assume that electricity is simply energy that flows from point A to point B and has no mass or weight. In some ways, this is true: an electric current—just like a river current—does not have mass or weight. However, electricity is not just a form of invisible energy but is the flow of charged particles—electrons—that each have mass and weight.

Unfortunately, it is very difficult to detect this weight since it is minuscule, and the circuit is circular, so there is never a noticeable buildup of electrons in any one place. Finally, the actual flow of charged particles is no greater than a few centimeters per second, as you will read later on.

7Low Voltage Shocks Are Not Dangerous 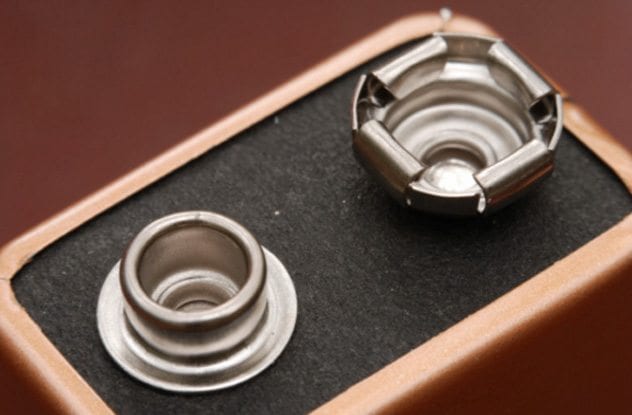 Wall outlets and forks are a huge concern for parents raising small children, but they don’t hesitate to hand their kids batteries to place into their toys. Only high voltages are dangerous, right? Wrong!

Rather than voltage, it is the current of electricity (measured in amperes) that has the power to kill and harm. In the right conditions, even a 12 V battery—such as a car battery—can cause some serious harm, and in extreme cases, death. 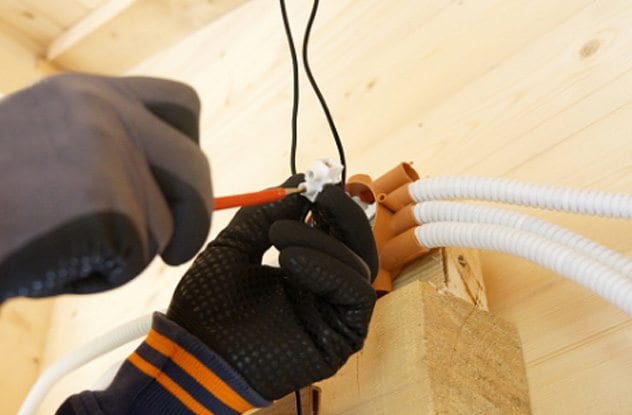 When doing any sort of electrical work around the house, the first approach of most people is to take off rings or jewelry and to put on rubber gloves and shoes. Although these are good first steps, they are insufficient to prevent an accident. Unless explicitly stated otherwise, most common household items are conductors to some degree, rather than insulators.

Pure rubber is an excellent insulator; however, most rubber shoes, gloves, and other goods are rarely pure rubber, having been mixed with additives for strength and durability. Even wood can be a conductor in the right conditions. 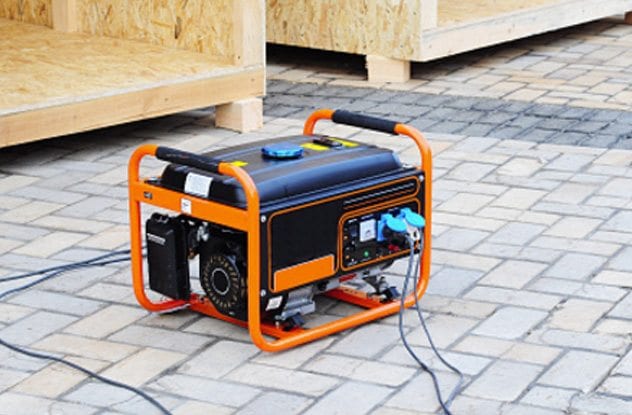 A backup generator is perhaps the best rainy-day item anyone can have: it makes electricity! Or does it?

A generator transforms mechanical energy into electrical energy. When the generator operates, it causes electrons already present in the wires and circuit to flow from through the circuit. Think of it this way: A heart does not create blood but merely pumps it along the veins of a body. Similarly, a generator facilitates the flow of electrons but does not create the electrons.

4Electric Currents Are The Flow Of Electrons Only 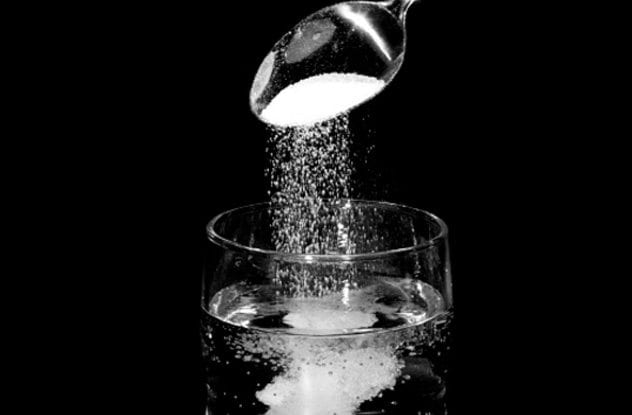 For example, in the case of plasmas, neon lights, fluorescent lamps, and flashes, a clever combination of proton and electron flow is used. In other conductors—such as electrolytes, salt water, solid ice, and battery acid—the electrical flow is the flow of positive hydrogen ions, which is a form of electricity in itself.

3Electricity Travels At The Speed Of Light 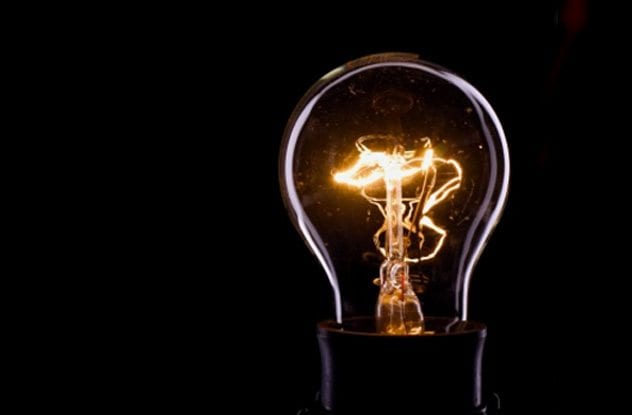 Most people associate electricity with lightning at a very early age, and thus comes the misconception that electrons and electricity move at—or close to—the speed of light. Although it is true that the electromagnetic wave of energy travels along a conductor at 50 percent to 99 percent of the speed of light, it is important to realize that the actual electrons move very slowly, no more than a few centimeters per second.

Similarly, when you hear a sound from 1,000 feet away, the air pressure in your ear is not the displaced molecules from the source but rather a compression wave that rippled and reached you through all the air molecules in between. 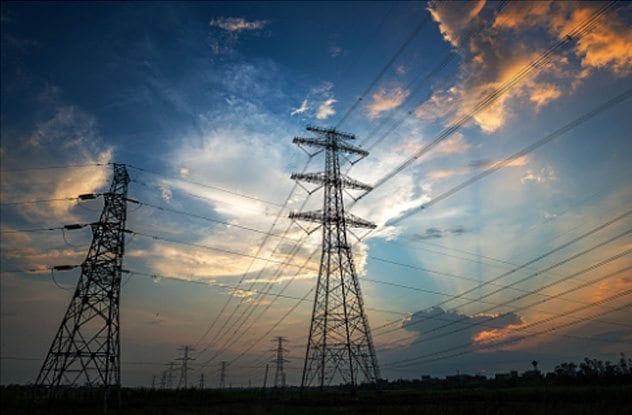 Most of the wires and cables we come in contact with—device chargers, lamp and appliance power cords, jumper cables—are heavily insulated with rubber or plastic. An innocent assumption to make is that overhead power lines are also insulated. Birds can stand on them, so they have to be harmless, right? Wrong!

The only reason birds don’t get electrocuted is because they don’t touch the ground while on the cable; as a result, there is no charge imbalance and no flow of electrons. Since insulation is very expensive, most overhead power lines are always live and can have currents anywhere from 1,000 volts to a shocking 700,000 volts running through them. 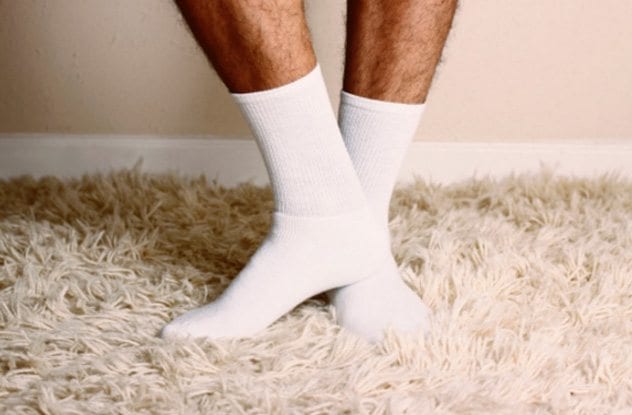 Static electricity can be fun to play with—rub your feet on a carpet for a little bit, and then go shake someone’s hand; make a new friend! Whether they appreciate your type of humor or not, chances are, they think that static electricity is different from the current that powers our daily lives. However, the only difference between flowing and static electricity is that one is a constant flow, while the other is an instantaneous equalization.

The current in wall outlets is an electromagnetic energy field that is waiting to be transferred via electrons in a conductor, such as a power cable. Once plugged in, the current is constant and remains constant until the cable is unplugged. On the other hand, static electricity happens when two conductors with different charges come close to each other. When the space between them—known as an insulating gap—gets small enough, the charge bridges the gap, causing the arc of electricity as the two charges equalize.

I’m an electrical engineering student that was shocked by how much I knew about electricity that wasn’t entirely true.