Fashion has never been straightforward or logical. In fact, it has often been downright weird. Clothing and styles have changed through the centuries, including something that we regard as completely normal and commonplace today: underwear. So pull up your underpants, and get ready for 10 crazy pieces of historical underwear that you’ll be happy you don’t have to wear today. 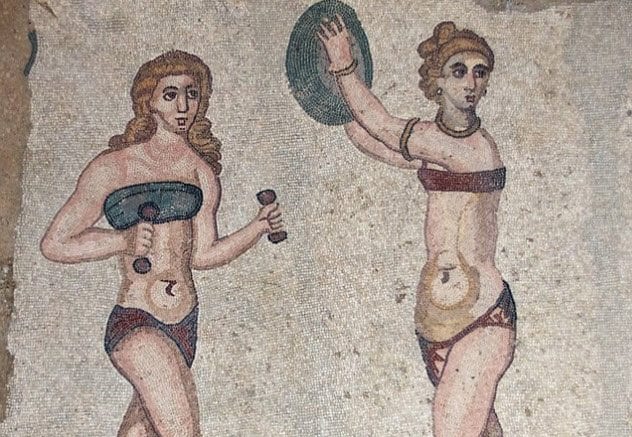 Everyone who had Latin in school might have heard the Latin phrase Semper ubi sub ubi. Translated into English, it means “always where under where.”

Women’s underwear in ancient Rome could easily be seen as the great-great-grandfather of today’s bikini. Women wore a strophium, a tight leather band to hold and compress the breasts. It was quite fashionable to have small breasts and large hips, so the strophium helped women to achieve their desired look.

There were no real underpants, but the subligaculum was worn by athletes as well as slaves (basically by everyone who had to do hard work in the Sun). It is strangely reminiscent of a diaper, but it was a loincloth made of wool or leather. The subligaculum was not worn by everyone. It was completely normal to wear nothing under your toga (as long as you wore a toga). 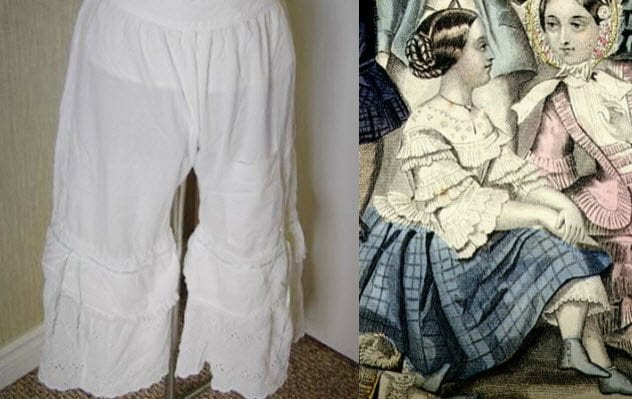 It was only around 1830 that women began to wear pantalets and drawers. In the Middle Ages, women did not wear undergarments at all, and in the 19th century, pantalets were only worn by upper-class ladies. Even if pantalets were some kind of underwear, they were crotchless and made of two separate pieces that were tied together over the hips.

Pantalets were not used to cover up everything but to show the intricate and rich embroidery at the legs when a lady’s skirts flew up. Even the sewing on the underwear became a kind of status symbol. If you could afford them, you were rich and fashionable. If you couldn’t, you were a poor middle-class or lower-class woman who had to hold her skirts down. 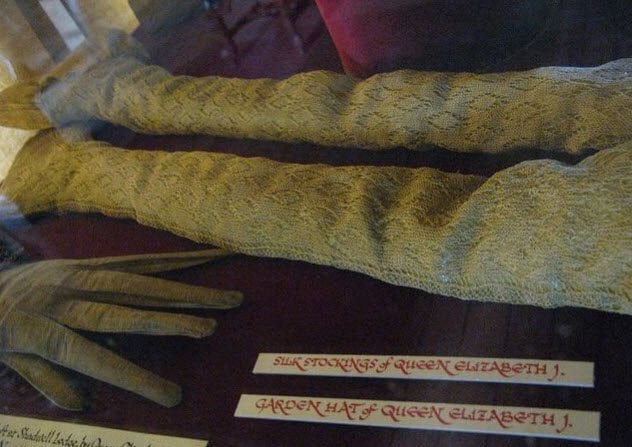 Silk stockings were not really an undergarment but were very important when you wore nothing else under your skirts. In the 16th century, women wore stockings under their gowns, mostly made from wool or linen.

This changed on New Year’s Day 1560 when Queen Elizabeth received a pair of silk stockings as a present. She liked them so much that she ordered seven pairs in diverse colors. As a fashionable lady, you wanted to look like the queen. Every woman who could afford them wore silk stockings under her skirts, and the trend soon spread across Europe.

It is interesting to know that the representative function of stockings reappeared during World War II. Due to the shortage during the war, there were no more stockings. So if you were able to find stockings, you were much admired.

Of course, every woman wanted to have them. Therefore, women came up with the idea of simply painting stockings directly on their legs. Stockings around that time had a dark, long seam at the back of the leg which ran all the way down. Women simply took a brush and painted one black line on each of their legs. This style even achieved its own term: “glamor hose.” 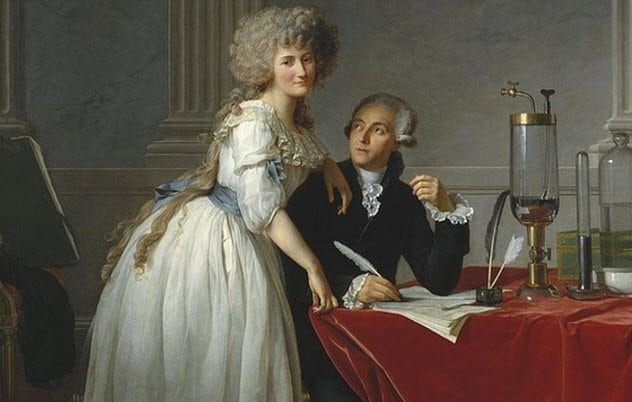 The chemise was a simple, loose-falling dress worn under daily clothes throughout the Middle Ages. It was worn by both men and women and was the only piece of clothing that was washed regularly.

In the 1780s, Marie Antoinette, the queen of France, introduced the chemise as a normal gown as a contrast to the restrictive court fashion. But the chemise a la reine fell out of fashion shortly after the queen’s head fell in the revolution.

Surprisingly, it only took a few years for a similar-looking chemise to rise again. In the Empire period, a flowing, nearly transparent chemise was worn, looking very much like a tunic. In fact, it was so transparent that flesh-colored underwear was worn underneath to make you look almost completely naked. 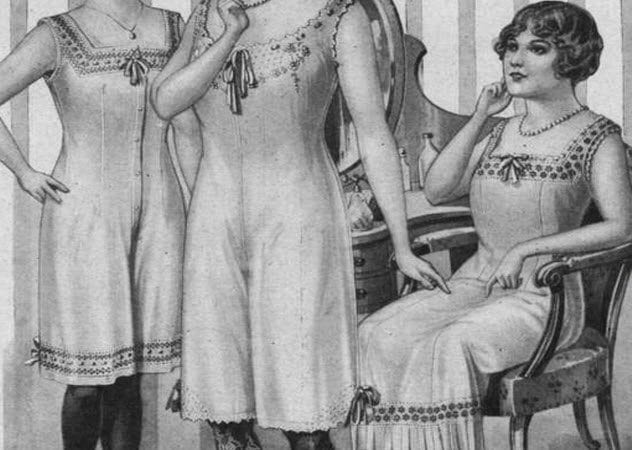 The teddy first appeared in the 1910s but became popular 10 years later in the Roaring Twenties. It covered the torso and crotch in one piece and could be either close-fitting or loose depending on the dress worn over it.

Especially in the ’20s, women wanted to look like they wore nothing underneath their dresses and teddies were tight enough to conform to the body like modern shapewear. In the 1920s, designers started to focus on the look of undergarments and included decorative elements like lace or ribbons.

The design of the teddy survived World War I and World War II. It was still comfortable even when wearing trousers, and our swimsuits today are direct descendants of the teddy. 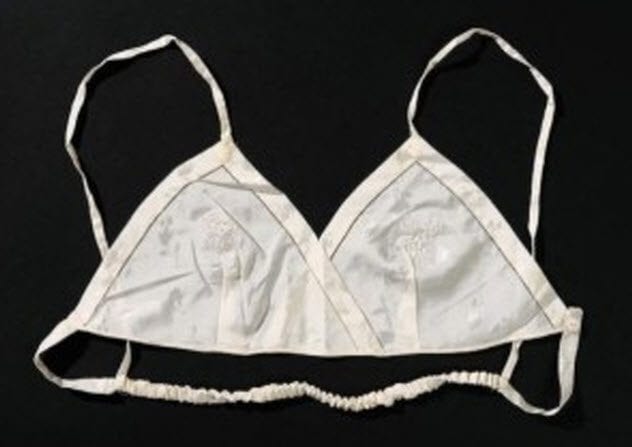 Women all over the world should be thankful to Mary Phelps Jacob. She invented what many women wear every day: the bra.

While Jacob prepared for a debutante ball in Manhattan at 19 years old, she became quite frustrated. The fashion of her time was made for slim figures and featured plunging necklines. For a well-endowed woman like Jacob, this presented a big problem. Parts of her corset always peeked out of her dress.

Out of necessity, she and her maid did some sewing and the result was the first bra. The mother of the bra patented her work in 1914 when it was nothing more than two tissues sewn together.

However, her invention came just at the right time. When World War I broke out, the metal used in corsets was needed. Women were freed from the corset and presented with the much more comfortable bra. 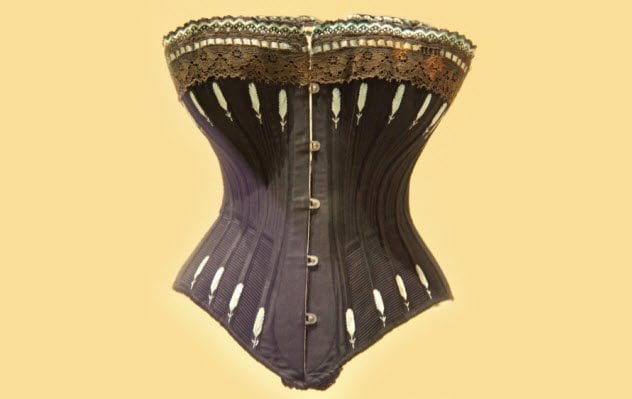 Corsets were a key piece of both women’s and men’s clothing for over three centuries, much longer than any other undergarment. They first became fashionable in the 16th century and were made of iron.

In Elizabethan times, the iron shifted to whalebone. This was not the bone of the whale but its teeth, the filter system used to extract krill from the water. One of the reasons that whales are endangered animals is due to the excessive hunting of them for whalebone during “corset times.”

The style and shape of corsets shifted through the centuries from a low, cone-like waistline in the Elizabethan era to an hourglass shape in Victorian times. During Victorian times, the waists were laced tightly in the extreme.

Empress Elisabeth of Austria was said to possess a waistline of 41 centimeters (16 in). It took several more years for doctors to discover the health issues connected to the use of corsets. They were only abandoned after World War I broke out. 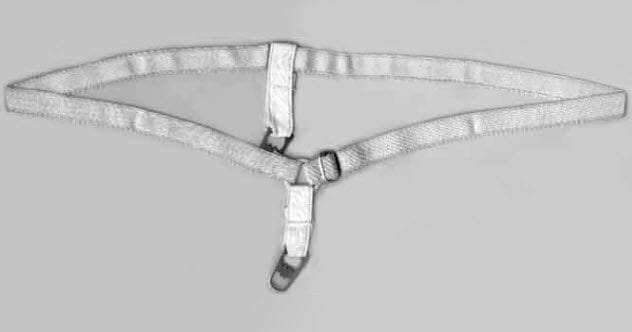 The menstrual belt was invented around 1900 to make women’s lives easier. The woman was supposed to wear a belt around her hips with a removable pad attached to it. In the beginning, the pad was often made of wool and had to be washed repeatedly.

In 1913, “sanitary napkins” were invented. They could be thrown away after each use. The menstrual belt made way for the menstrual panty in the 1950s and finally progressed to the pads we know today, which were invented in the 1980s.

In earlier times, women used all kinds of absorbent materials: grass, hay, sponges, and rabbit skins. The ancient Egyptians even had tampons made of softened papyrus. 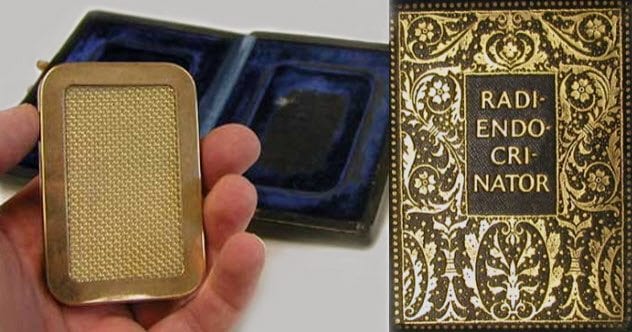 Before the effects of radioactivity were fully understood, people believed it to be a treatment for everything. From the 1920s to the 1950s, radium could be found in cosmetics, food, and even underwear.

Advertisements claimed that problems in the bedroom could be solved with the “Radiendocrinator,” or “radium underwear.” Although it may sound idiotic to consider radioactive underwear as a treatment, radioactivity was something completely new and natural in those times.

Radium exists in hot springs, which were considered extremely healthy as well, so the hype for this “new discovered, natural wonder” is more understandable. Both men and women bought “glowing underwear” or stuffed radioactive pads inside their underpants. 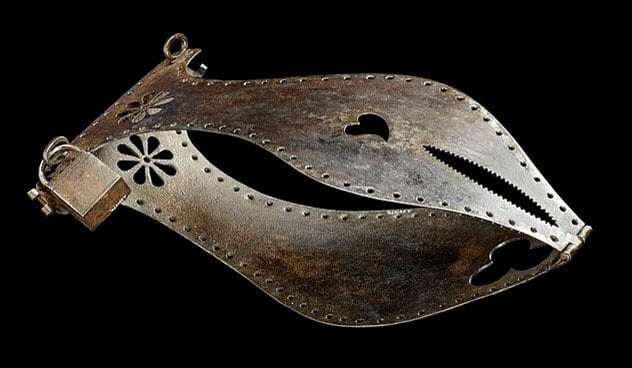 Marielle is a student in Scotland who is interested in history, fashion, and everything that scares normal people.