Humans have always sought to unlock the mysteries of the future. Since the dawn of time, we have looked for signs and symbols in the world around us that might tell us our fortunes or help us avoid trouble. Here are 10 of the strangest items used for fortune-telling throughout history. 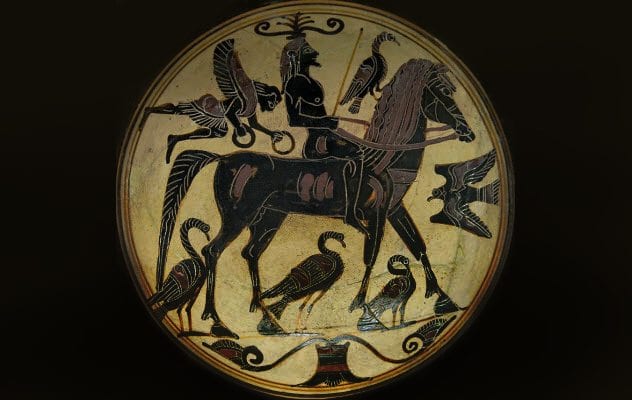 The ancient Romans loved their bird fortunes. People at all levels of society would divine their fortunes by studying the species, calls, and flight patterns of birds in the sky.

In particular, chickens were used to predict the outcomes of battles. Priests scattered grain in front of specially raised chickens, and the enthusiasm with which the birds ate was said to correspond to the degree of success that the Roman forces would enjoy that day. It sounds bizarre, but it worked really well in at least one famous case.

During the First Punic War with Carthage, Roman consul Publius Claudius Pulcher was in charge of the Roman navy. He consulted the chickens on what he thought would be a perfect day to attack the Carthaginian fleet.

But the chickens were less than excited by his battle plan and refused to eat anything. Pulcher had the chickens thrown overboard, saying, “If they won’t eat, let them drink!” He ordered his ships into battle and suffered a crushing defeat.

Pulcher was recalled to Rome and put on trial—not for losing the battle but for the sacrilege of killing the sacred chickens. He was sentenced to exile and died soon after. 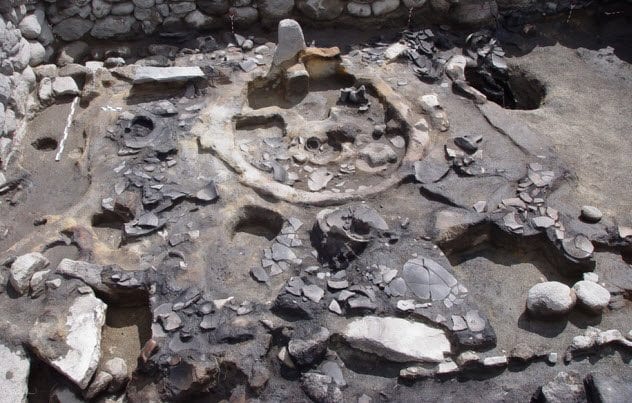 Bones are among the most widespread tools for fortune-telling. The Zulu nation of Africa used the patterns of scattered bones to tell fortunes. In ancient China, questions were carved or painted onto bones or turtle shells, which were then heated until they cracked. The seer interpreted the pattern and size of these cracks to find their answer.

The early inhabitants of Scotland used a version of osteomancy called slinneanachd in which the shoulder bone of a cooked animal was consulted. But first, the querent faced a challenge. They had to pick all the animal’s flesh away from the bones without ever touching the bone with iron (aka a fork or knife). 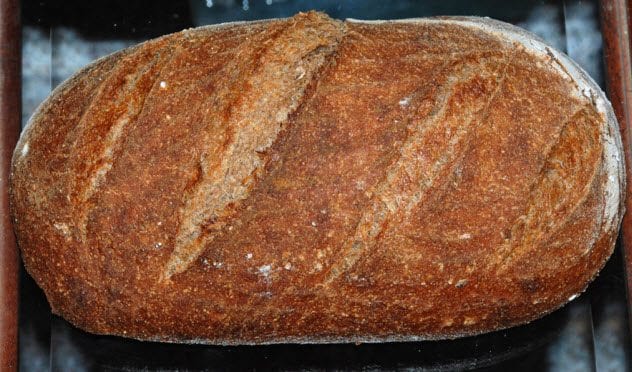 In the ancient world, alphitomancy was a popular way to solve crimes. Suspects would be rounded up, and each would be fed a piece of blessed bread or cake made with barley. To the innocent, it was a harmless snack. But the guilty party would be beset with stomach pains, indigestion, or simply choking.

Even parties who thought the cake tasted bad were considered guilty. It is likely that the bread was selectively poisoned so that whomever the judge needed to be guilty would get sick. 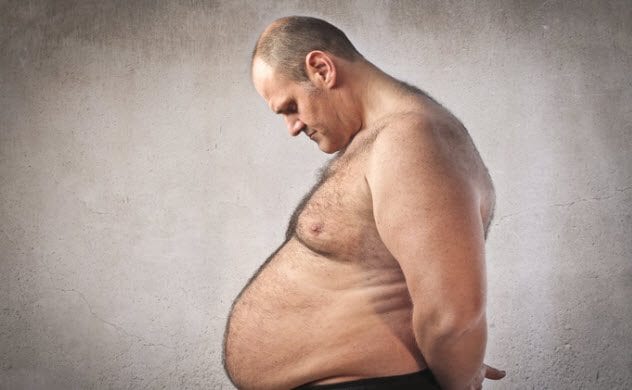 Gastromancy is the act of fortune-telling based on “sounds and signs of the belly.” The sounds of digestion were thought to be the voices of the dead and were interpreted by the seer in a kind of possession experience. Some scholars believe that the seers who translated (or sneakily created) these noises were the forerunners of modern ventriloquists.

Renaissance writer Dr. Francois Rabelais recorded that this method was “for a long time together used in Ferrara by Lady Giacoma Rodogina, the eugastrimythian prophetess.” Later, gastromancy came to mean divination with round, belly-shaped objects like water goblets or crystal balls, which are still popularly used today. 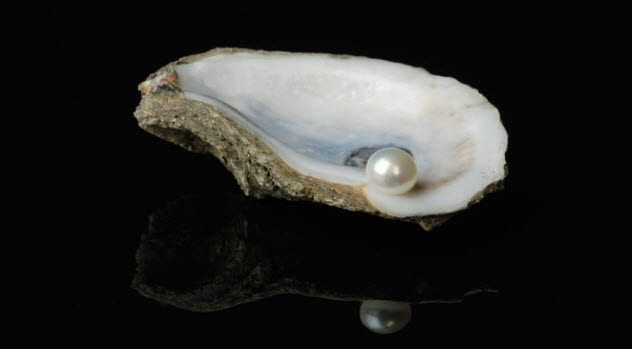 Margaritomancy sounds like it has something to do with the occult wisdom found at the bottom of a fishbowl margarita, but it’s actually an ancient method of divination based on heating a pearl until it jumps or shatters. The ancients saw pearls as magical; they are the only gems produced by living beings. Still, the cost of the materials meant that they probably didn’t get to try this very often.

One common method was to place a pearl in a cast-iron pot, which was set over a fire. Then the diviner read aloud a list of names of people suspected of thievery. The person whose name was being read when the pearl began to move was the guilty party. Another version claims that the heated pearl would only begin to move when a guilty person came near it. 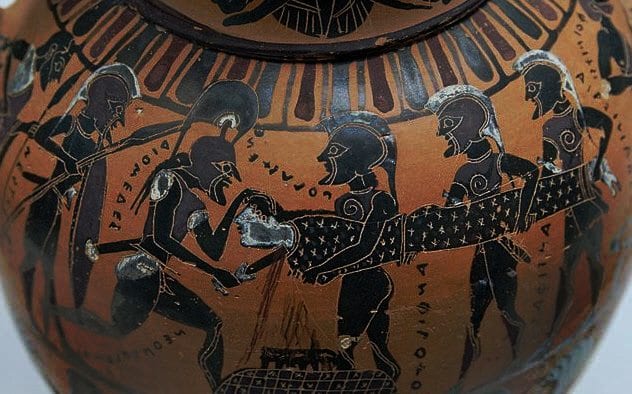 Anthropomancy (aka antinopomancy) is one of the most gruesome forms of divination. Experts have found evidence of human sacrifice in nearly every corner of the world. Human sacrifice was often seen as a way to appease the gods, but it may also have been a way to get answers from them.

Although this practice was linked to and often included extispicy—studying the organs of animal and human sacrifices—anthropomancy was more concerned with the moment of death. Predictions were made based upon death throes, number and volume of screams, direction of blood flow, or the direction in which the victim’s body fell to the floor.

One of the most famous predictions in Western history was the result of this grim form of fortune-telling. According to Roman writer Suetonius, the seer Spurinna performed anthropomancy before she warned Julius Caesar to beware the Ides of March. 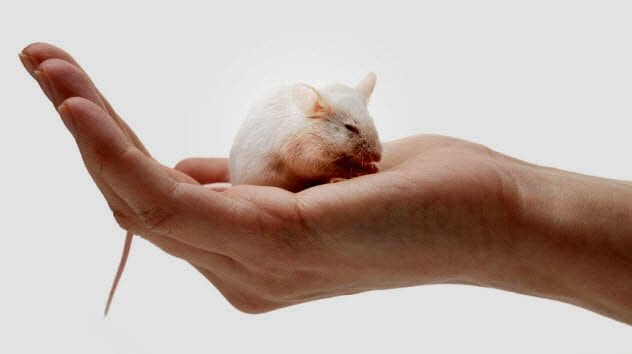 In many ancient cultures, mice and rats were signs of misfortune and disaster. Besides being obvious signs that your grain stores were in trouble, mice could predict trouble of all kinds.

Myomancy could be based on the movements of mice in a defined area or by the sound of their squeaks. Having your doom pronounced in the high-pitched voice of a tiny mouse sounds kind of adorable, but the ancients took it seriously. Mice gnawing at treasures in a Roman temple were thought to predict the first Roman civil war, and dictator Fabius Maximus retired early after the squeak of a mouse predicted his doom. 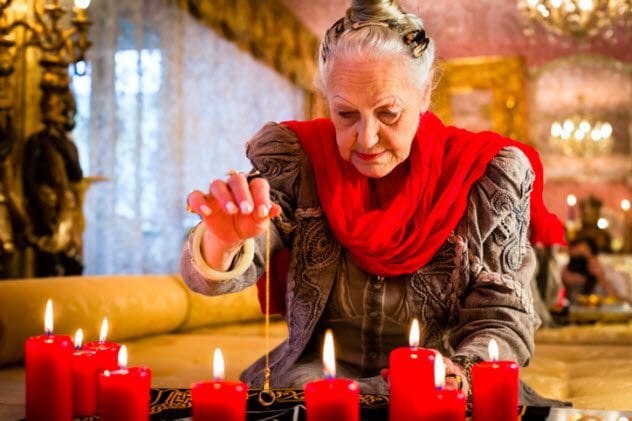 The stereotypical image of a fortune-teller covered in glittery shawls and tons of jewelry might have some truth to it if the fortune-teller practiced dactylomancy, the most blinging of all divinations.

There are many versions of dactylomancy. One popular form comes from the Middle Ages in Europe. It required a set of seven rings. Each was made of a different material that corresponded to a different day of the week.

It’s unclear how these rings were used, but it is likely that the correct ring was rolled across or suspended above a table marked with letters of the alphabet. The letters touched by the ring were seen as part of a message.

Today, modern seers perform a simple form of dactylomancy through dowsing by using a plain ring or other small object suspended from a string. Answers are gained based on the direction in which the ring starts swinging. 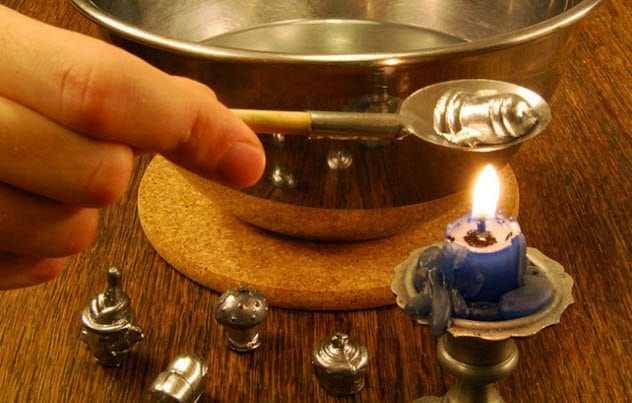 Molybdomancy is a form of divination that was first recorded in the Greek and Roman Empires, but it spread to Germany and the Nordic countries by way of Imperial invasion. An easily melted metal such as lead or tin is liquefied over a fire before being poured into cold water. The metal instantly hardens into bizarre shapes, which are then interpreted.

This practice is still a New Year’s tradition in Finland, where each family member is given a small piece of tin in the shape of a horseshoe to melt down. The melted and cooled pieces are held up to a candle flame, and the shadows they cast suggest things that will happen to their owners in the coming year. 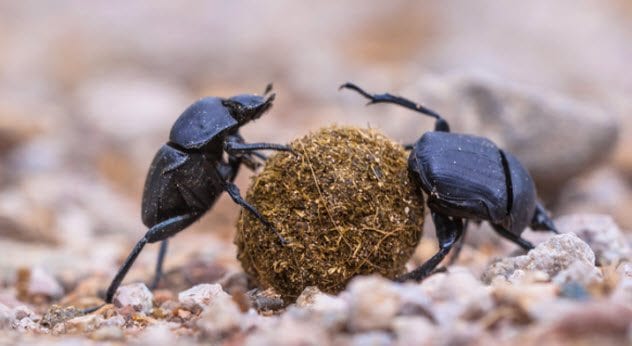 Yep. Seers and magic users from several ancient cultures were known to tell a person’s fortune by the look of their excrement. The Egyptians took scatomancy a step further by studying not only the feces but also the behavior of dung beetles, which roll the stuff into balls as part of their mating display. Speed and movement of the beetles as well as the marks left by their rolling were all taken into account for the final prediction.

Staring at poop to gain secret knowledge might sound like something only an ancient barbarian would do. But modern doctors still practice scatology, or the examination of a patient’s stool samples, to learn about their health. Gross but effective.

Mia is a freelance writer and editor who loves to tackle projects that are funny, spooky, or just plain weird.