The year 2016 will almost certainly go down in history as quite the doozy. Britain exited the European Union, Donald Trump was elected president of the United States, and an unfolding refugee crisis spanned the world. In addition, we could be edging ever closer to a global calamity as tensions rise and long-standing agreements are broken.

But on the Internet, none of those events compared to a gorilla that got killed in May 2016. Today, we’ll be looking back on 10 minor things that the Internet blew out of proportion. 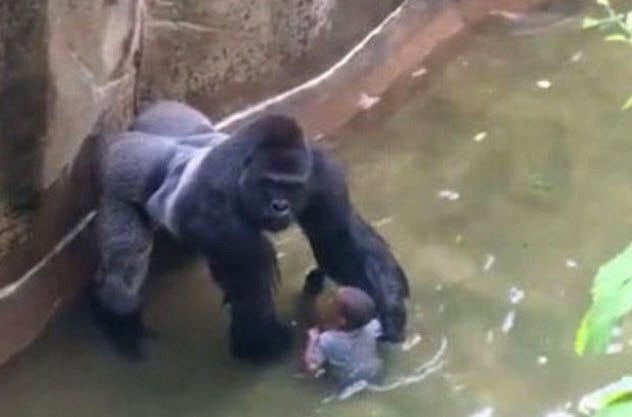 In May 2016, a young boy fell into the gorilla enclosure at the Cincinnati Zoo, forcing a zookeeper to take the life of Harambe, a 17-year-old gorilla that had grabbed the boy. While the gorilla’s death was still fresh, more than 500,000 people signed a petition and created a Facebook page to get the child’s parents charged in connection with the events surrounding the gorilla’s death.

Things quickly spiraled out of control when the parent’s personal information leaked online. They and their three-year-old son began receiving death threats. Even three months later, the zoo felt they had to make a statement asking people to stop making light of the event and end the harassment.

Of course, their plea didn’t work. Harambe actually saw a resurgence during the 2016 election as a false Internet rumor came out that over 11,000 voters had written in the gorilla’s name when voting for the next US president. 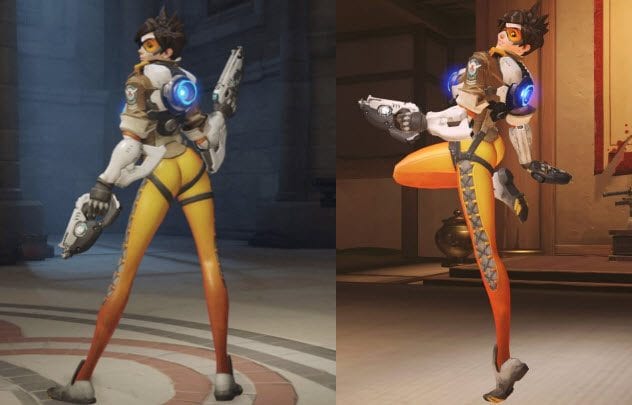 Before Overwatch became a smash hit with over 10 million players globally, an open beta let players around the world voice their concerns directly with the game creators about gameplay choices and bugs.

In a now-deleted thread on the forums, one tester posted that he didn’t like how one female character posed with her buttocks facing the camera. The poster felt that it didn’t fit the character. He got a direct response from the development team that it was just a placeholder pose and they were planning to change it.

Then the new pose came out, and it was still completely focused on the female character’s butt. Both sides looked like fools for jumping to such extreme conclusions from one message.

8 Man Makes Headline News For Not Watching The New Ghostbusters

James Rolfe of Cinemassacre has been making movies and reviewing others online since there was a platform that let him. Being a well-known lover of the Ghostbusters series, he was getting messages online asking if he would be watching and reviewing the new all-female Ghostbusters when it was released in theaters.

Rolfe released a video online explaining that he would not be watching the new Ghostbusters as he felt that it was just cashing in by piggybacking off the name of the original. He was then attacked by a multitude of news websites, bloggers, and even a few celebrities for weeks on end. He was accused of being a misogynist, a man-child, and even the poster child of the alt-right simply for telling his fans why he wouldn’t watch the new movie.

Instead of taking the bait and trying to defend himself, Rolfe held an auction and raised $20,000 for charity.

7 Microsoft Makes A Bot That Learns And Promptly Kills It 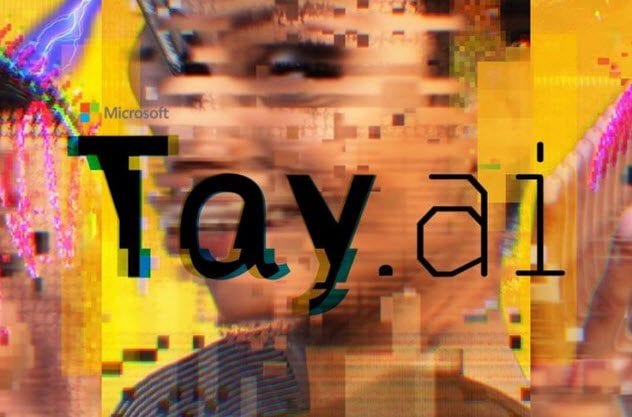 In March 2016, Microsoft released Tay, an “AI” that took the form of a 19-year-old girl who could talk with Twitter users online and learn from her chats. Sixteen hours later, Microsoft killed Tay as she insisted that the Holocaust didn’t happen and said other things that simply cannot be repeated. Tay could certainly learn things from her conversations, but Microsoft neglected to put any sort of filter on the AI.

Unprepared for what the Internet might do, Microsoft included a way for people to ask Tay to repeat whatever they wanted without anything to censor the program. The company essentially attached its name to an account and gave free access to anyone who wanted to spout whatever horrible things they could think of. Shortly afterward, Tay’s account was forever set to private and Microsoft apologized for their failed experiment. 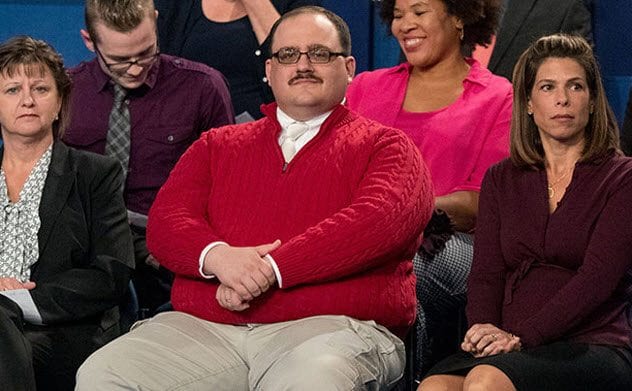 After the presidential town hall debate, the Internet collectively decided to latch onto audience member Ken Bone. They made him out to be some sort of American sweetheart simply because he looked unique. During the height of Bone’s popularity, he decided to do an “Ask Me Anything” (AMA) on Reddit where people could ask him questions.

When doing his AMA, Ken used his own private account to answer questions instead of making a separate account. This allowed people to dig through his post history, learning his fetishes, opinions on national events, and, of course, the fact that he had seen Jennifer Lawrence’s sphincter and enjoyed it.

Although nothing in his post history was actually that terrible, the Internet turned on him, declaring him a monster and trying their best to ruin him. One “news” website even skewed his posts to make him seem like he actively hated rape victims before the site was forced to delete the article. All because he wore a red sweater. 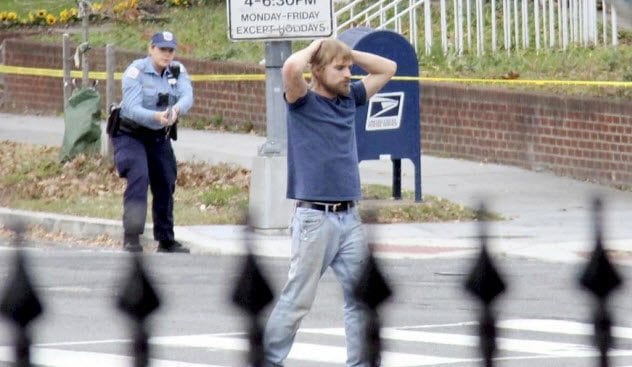 It is hard to believe that the 2016 election in the US could get any stranger than how it ended, but the Internet has found a way. Using leaked emails from WikiLeaks, Internet sleuths came upon an oddity.

There were multiple incidents of people referring to food items in ways that didn’t make sense, most notably an email reminding someone that they had forgotten a handkerchief with a pizza-related map on it. While obviously a code of some sort, there’s no way of knowing what it really meant.

With a lot of circumstantial evidence and a vacuum as to what it could mean, the Internet focused on alleged child sex trafficking at the Comet Ping Pong pizzeria, a place mentioned multiple times in the emails as a great restaurant for fund-raising.

The pizza place took all the usual online harassment—such as bad Yelp reviews and death threats—like normal. Then Edgar Maddison Welch stormed the restaurant with a gun and opened fire. No one was hurt, and Welch told police that he had found no evidence of child sex trafficking.

4 Virtual Reality Gets Censored (Only It Doesn’t) 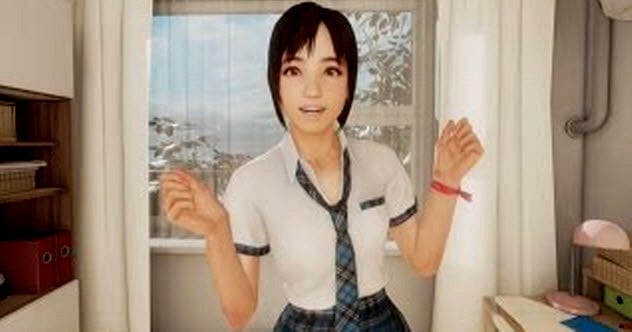 With Japan getting the headset and games first, streamers went to work to see what shenanigans they could get away with. Surprisingly, a black screen with some Japanese text would appear whenever they seemingly got too close to a female character or tried to look up a skirt. The Internet immediately took this as censorship and proclaimed that freedom to look at virtual undies was dead.

In reality, the black screen was just text informing the player that they weren’t in view of the VR camera and couldn’t be properly tracked. No censorship had occurred, yet the news continued to circulate that it had.

In 2014, a video appeared online showing a bear walking on its hind legs. Dubbed “Pedals,” the bear became an Internet sensation and the New Jersey Wildlife Foundation went about trying to figure out why the bear walked that way. When they located the bear, they found that it had suffered injuries to its front paws and walked upright out of necessity.

The Internet sprang into action to get Pedals the help it needed. Amassing $22,000 and 300,000 signatures on a petition, the group attempted to get the bear moved to a wildlife reserve in New York but were told no. Instead, the state of New Jersey used the money to build Pedals his own enclosure and rehabilitate the bear.

Unfortunately, by the time everything fell into place, Pedals had been killed during a 2016 bow hunt. Of course, the Internet wasn’t happy about the news and promptly attacked a random hunter. He received death threats and had his private information posted online, even though the hunter said that he hadn’t killed Pedals.

2 The Fine Brothers Get A Bad Reaction 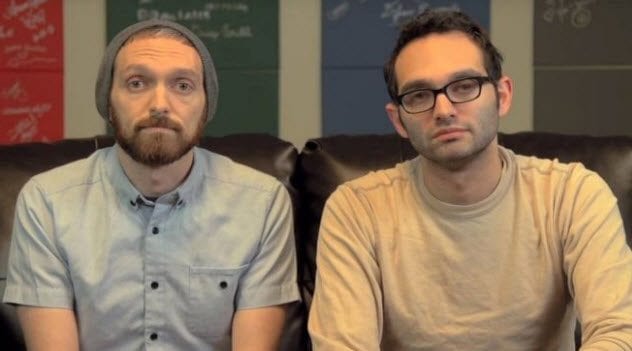 Instead of just arguing against the scummy nature of trying to trademark something like reacting to things, people decided to attack the people behind the program for the way they looked. Others created channels dedicated to live streaming the Fine Brothers’ own YouTube subscription numbers so that thousands could watch in real time as the company lost an insane number of subscribers in a short time.

After about a week of being lambasted by the Internet, the Fine Brothers removed their trademarks, canceled their React World program, and removed the copyright strikes that they hit people with for posting reaction videos online.

When Rudy Pantoja Jr. said his name was “Hugh Mungus” to an activist at his local city hall, he probably wasn’t expecting the woman behind the camera to start screaming and claim that he had sexually harassed her with a “dad joke.” Even more surprising, after the video of him making the dad joke went viral, people on the Internet banded together to help him pay his medical bills and get his work truck running again.

After becoming aware of Rudy’s medical and car issues during an online interview, Ethan Klein of h3h3 took it upon himself to open a GoFundMe in the name of Hugh Mungus to pay Rudy’s medical bills. Ethan’s set goal of $10,000 was quickly smashed as the Internet raised nearly $150,000 for Rudy in one month.

Nice to see that not every overreaction by the Internet leads to something terrible.

Kyle has nothing to mention at the moment. Thanks for reading!