We have all read the stories about serial killers who have eaten parts of their victims. As children, many of us also became fascinated by the notion of cannibals living deep in foreign jungles, thanks to the exploitation films of Hollywood.

The truth about cannibalism and its practice is far more common than you might think. In fact, people have been eating people for centuries without the popular stigma associated with such a huge taboo.

Medical cannibalism and even medical vampirism have been practiced for centuries by those who, you would think, should know better. Royal, religious, and common folk have all practiced medical cannibalism without shame, believing that it was for the greater good. 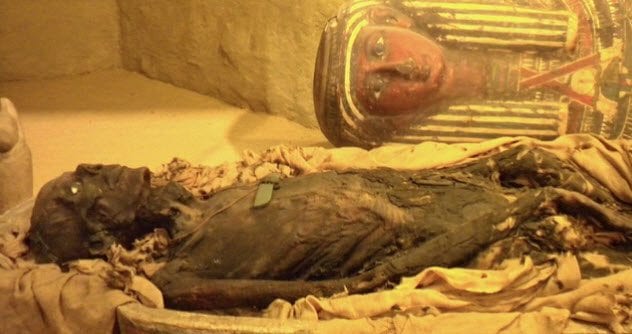 In the Middle Ages, mummy dust was a popular drug throughout Europe. Mummies or mummy dust was imported from Egypt. The dead bodies were crushed into a powder. When eaten, the powder was believed to cure a great number of health issues, such as rashes, constipation, and paralysis.

Groups of people within the Middle East mixed the mummy dust with butter and took it as medicine well into the 1800s. The use of mummies became so prolific that the Egyptian government finally passed laws about selling off mummified relatives to merchants. 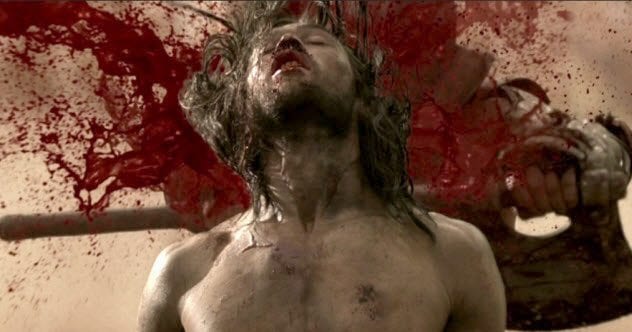 Gladiators in ancient Rome lived brutal, short lives. They fought in the arenas to the jeers and cheers of the crowd, who wanted little more than to see the gladiators’ gruesome deaths.

However, some people who attended the gladiator events were there to capture the blood of the slain gladiators. These spectators believed that if they drank the blood of strong, slain men, they would absorb the gladiators’ vitality and gain some of their strength, similar to the way vampires are said to be renewed after drinking human blood.

8 Moss From A Dead Man’s Skull 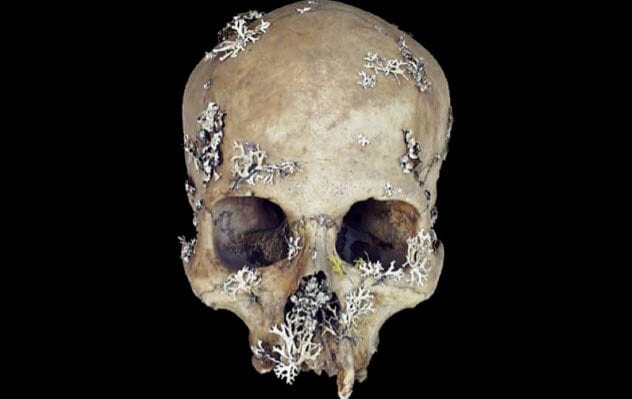 Besides consuming crushed human skulls, the people of medieval times also ate the lichen that grew on the skulls of the dead. According to their lore, you needed to gather the skull lichen, called usnea, from the skulls of dead soldiers. The lichen was scraped off the skulls, dried, and powdered. Then it was made into tinctures and taken as a magical cure for wounds.

Much of the medicine from medieval times relied on sympathetic magic. For example, powdered heart was consumed to fix heart problems. Blood symbolized life and renewal, so it was consumed in the hopes of renewing the body.

In this case, the lichen was taken from soldiers. Although the soldiers may have died from the wounds they received in battle, the lichen from their skulls was believed to magically cure serious wounds. 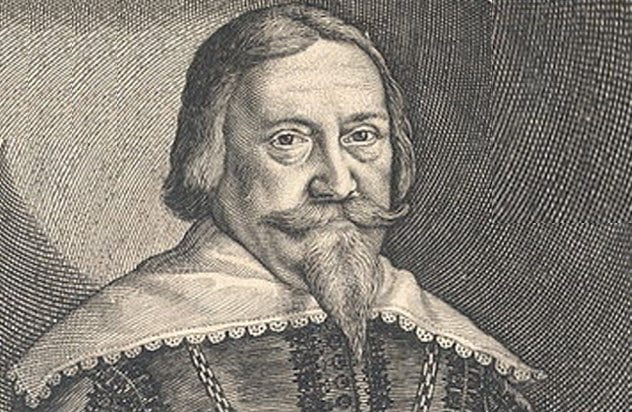 According to a recipe written in the 17th century by Johann Schroder, a German pharmacologist, you need the body of a “reddish man” who died a violent death to cure whatever is ailing you. The body has to lie in the moonlight for one full day and one full night before you cut the meat off the bones.

The man meat was covered in myrrh and aloe and then soaked in wine for a few days. After the man was thoroughly marinaded, the meat strips would be hung up to cure. 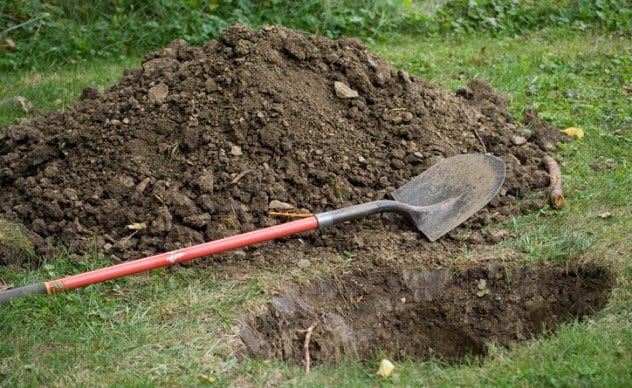 You might think that taking part in cannibalism was something that only the poor and uneducated did, but kings also partook of the practice. You may have heard of an elixir called “the king’s drops.” It was something that Charles II of England took to keep him well.

The recipe cost the king a whopping 6,000 pounds, and it included a process to distill human skulls into a tincture. The skulls used for the tincture came from gravediggers who dug up the bones in Ireland. The skulls were crushed and made into an alcoholic mixture that Charles II frequently drank.

5 Cure For The Elderly 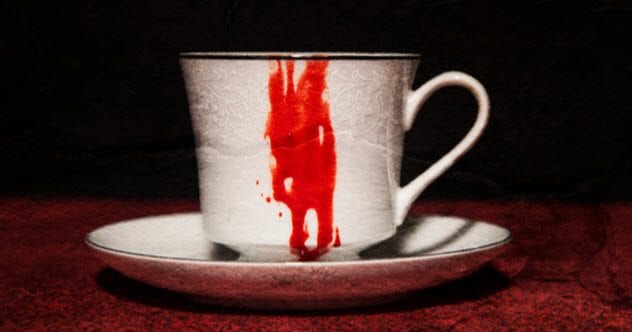 People have always looked for ways to renew their youth. The desire to be young again has led to some crazy remedies throughout history. In the 15th century, Marsilio Ficino, an Italian priest, recommended drinking blood to overcome the effects of old age.

He stated that the elderly could regain their youth by drinking the fresh blood of a young person who died healthy. The young person should have been relatively happy during life and should have lived excessively. The blood had to be harvested from the recent dead and not from a corpse that has been lying about getting ripe. 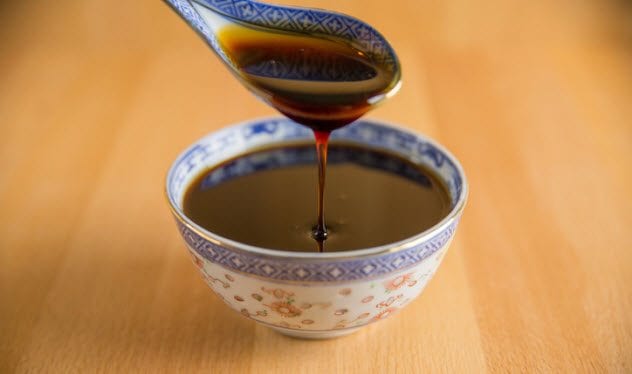 It is understandable that a parent would do almost anything to cure a child of whatever ails her. It is only human nature to want one’s offspring to survive, and for some parents, cannibalism was on the table as a last resort.

Take, for instance, the case where a father was told that if he mixed the crushed human skull of a young woman with molasses and fed it to his epileptic daughter, she would be cured.

The man did as he was told and fed his daughter the gruesome mixture. Ultimately, he reported that it had no effect upon his daughter’s epilepsy. This happened in 1847.

3 Standing At The Scaffold 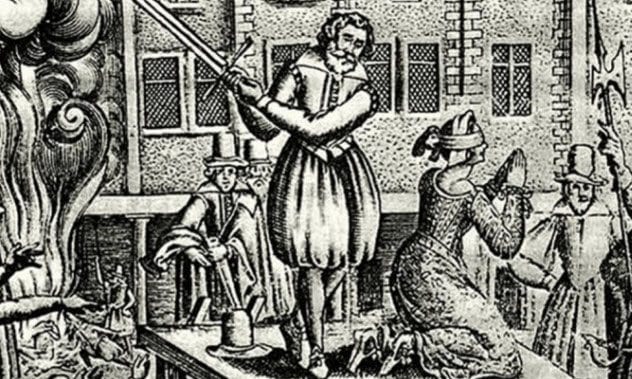 At first glance, it might seem that the people standing closest to the scaffold during a beheading were eager for the gore. However, that was not usually the case in Denmark.

Epileptics often stood at the scaffold with cups in hand, waiting to capture the blood spurting from the condemned. They believed that the blood from a life cut short would cure them of their epilepsy.

2 Harvesting The Remainder Of Their Lives 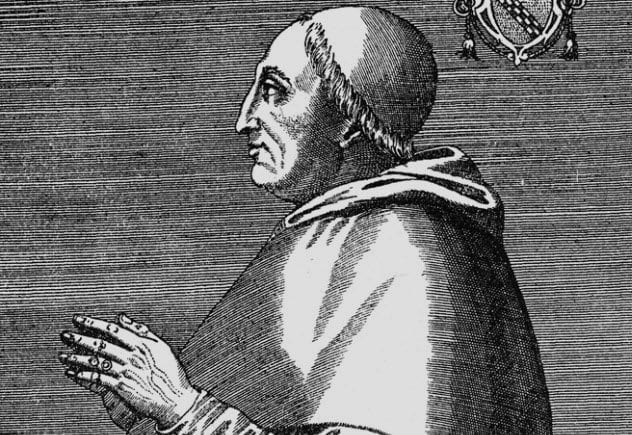 By drinking blood from the young, people in the past believed that they would gain all the years that the young person was deprived of. That is why the blood of the old was worthless in magical medicinal cures. There were not enough years left in the blood of the elderly to make a difference to the person drinking the blood.

Of course, drinking the blood of the young did not make a lick of difference when you were on your deathbed.

Take, for instance, Pope Innocent VIII. As he was dying in 1492, the doctors took three young boys and bled them to death to save the Pope’s life. The Pope drank their blood as medicine and still he died. 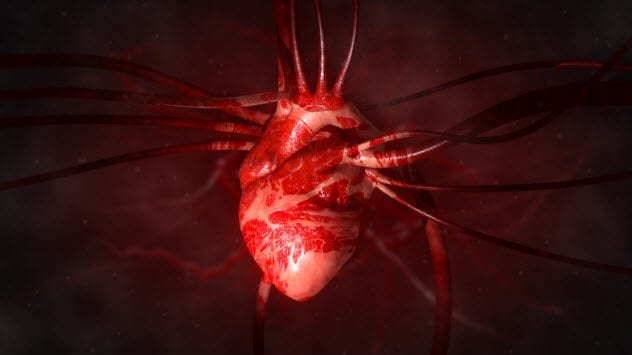 The human heart has around 722 calories—more calories than a 285-gram (10 oz) steak from a cow. For that reason, there are anthropologists who believe that people turned to cannibalism for their bodies’ caloric needs.

Calories and the need to eat did not figure into medical cannibalism. The need to consume certain body parts was based on superstitions. The heart, for example, represented strength in symbology. Therefore, if a patient ate a human heart, he would gain strength from it.

One particular preacher, Briton John Keogh, wrote a recipe for pulverized human heart in the 1700s. The purpose of the medicine was to get rid of dizziness and, therefore, improve the body’s strength. Patients were told to take the heart medicine in the mornings on an empty stomach.