Every year, the world sees numerous technological developments that improve our lives. And every year, people predict how these developments will change our future.

But forecasting the future is a difficult, almost impossible task. Although people from the past managed to guess some things right—driverless cars and advanced communication, for example—some things they predicted have yet to come true. 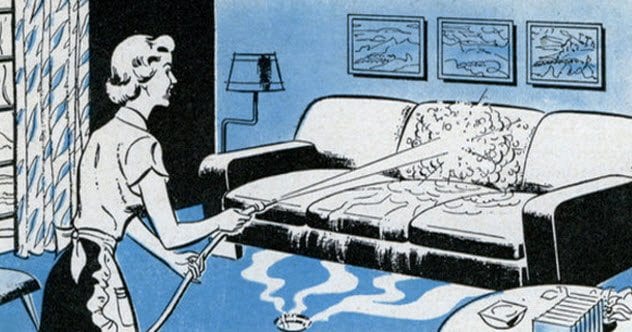 In 1950, Popular Mechanics published an article titled “Miracles You’ll See In The Next Fifty Years.” The article suggested that building materials such as wood, brick, and stone would become too expensive by the year 2000. Instead, houses would be made from metal, sheets of plastic, and aerated clay.

By now, houses were supposed to be cheap (costing only $5,000) and weatherproof. But they were also predicted to last only 25 years because there would be no sense in building houses that could last a century.

Household gadgets were predicted to be minimal. For example, it was believed that dishes would be placed into a sink where they would be dissolved by superheated water at about 121 degrees Celsius (250 °F). 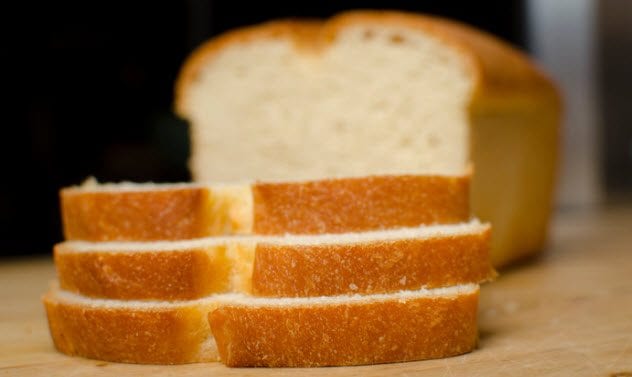 In 1982, a book called The Omni Future Almanac predicted that “by 2000, most Americans will be experiencing a new prosperity.” Rapid developments in computers, genetic engineering, and service industries were predicted to result in lifestyle changes and a boost in the economy.

But the authors of the book also believed that prices for common food items would increase drastically. For example, the book predicted that a loaf of bread would cost $8 and 0.5 kilograms (1 lb) of coffee would cost $25.

8 Russia And Alaska Connected By A Dam 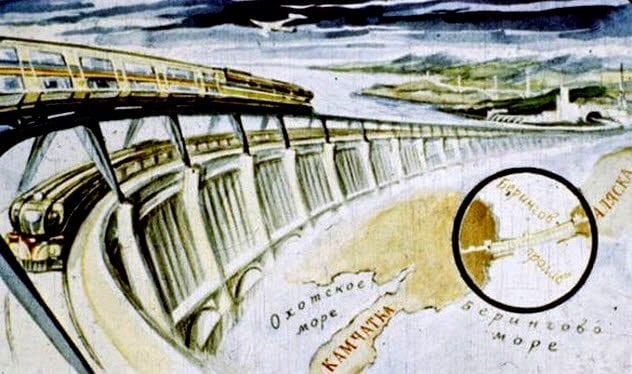 In 1960, the Soviet Union made a filmstrip entitled “In the Year 2017.” It described a day in the life of a boy named Igor and his adventures in futuristic Moscow. In the filmstrip, Russia prepares to celebrate the 100th anniversary of the 1917 Bolshevik Revolution.

In this imaginary world, Western “imperialists” are defeated, the Yenisei River and Ob River are tampered with to make them flow into the Caspian Sea instead of the Arctic Ocean, and a dam is built across the Bering Strait to link Russia to Alaska.

Under-ice cities in the USSR’s polar regions have been built successfully, and the eternal spring makes everyone’s lives more joyful. Heat is obtained from deep within the Earth by “underground boat ‘moles’ ” made from heat-resistant steel which tap into sources of everlasting energy.

7 Underwater Housing As An Option, Especially For Those Who Enjoy Water Sports 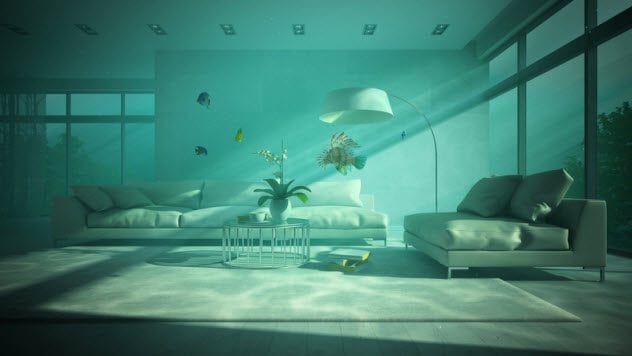 In 1964, Isaac Asimov, one of the 20th century’s best-known science fiction writers, visited the World’s Fair in New York. Inspired by the visit, he published an essay in The New York Times predicting what the world would look like in 50 years time.

Asimov believed that 2014 would mark the beginning of the colonization of continental shelves. Underwater dwellings would be a popular housing option with particular appeal to those who enjoy water sports. Underwater housing would supposedly encourage a more efficient exploitation of ocean resources, both food and mineral.

Asimov also thought that suburban underground houses with “easily controlled temperature, free from the vicissitudes of weather, with air clean and light controlled” would become common. Thankfully, that is not the case.

6 Factories Would Float In Space, And Cancer Would Be Conquered 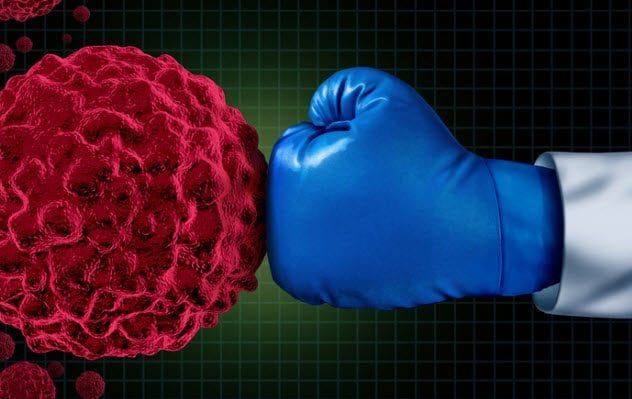 In 1983, the Science and Technology Agency in Tokyo asked 2,000 experts to predict what life would be like “if all the new technologies and innovations actually materialize as planned.” Some predictions they made were accurate, such as ordinary households enjoying all sorts of information due to the development of digital communications networks.

They got other things completely wrong. For example, the experts predicted that factories and experimental laboratories would float around in space by 2010, taking advantage of the absence of gravity and creating pharmaceuticals, alloys, and other substances.

The experts also believed that diseases such as cancer, cerebral apoplexy, and heart ailments would be conquered forever by now. 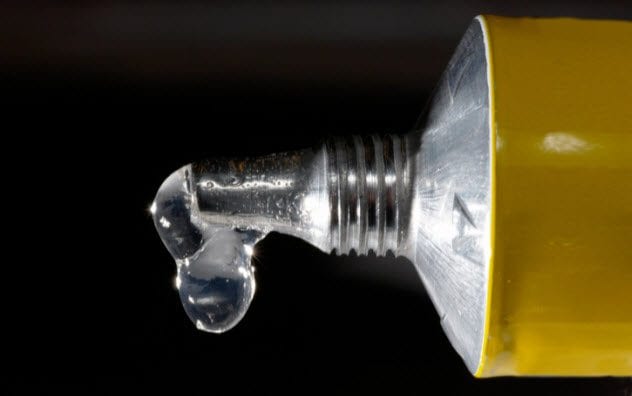 In 1960, The American Weekly magazine ran a feature describing how people imagined life would be in 10 years. Their predictions for future homes were particularly cool, albeit completely wrong.

People thought that houses would have automated color-changing roofs. These roofs would transform from a light color on warm days to a darker color on cold days to regulate the heat inside the house.

It was also believed that nails and hammers would be replaced by superglue but with far-cooler superglue than we have today. A drop of this futuristic glue on a bar of iron would be enough to hold up “a car with four passengers.”

4 Mosquitoes And Flies Will Be Extinct 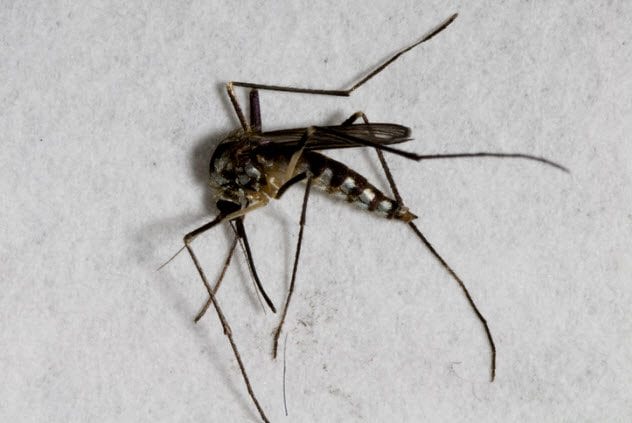 In 1900, The Ladies Home Journal published an article by John Elfreth Watkins Jr. titled “What May Happen In The Next 100 Years.” The article was eerily accurate in some of its predictions, such as mobile phones and pre-prepared meals, and not so accurate in others.

One thing the article got wrong was the prediction that mosquitoes and flies would be practically exterminated. It was believed that boards of health would destroy all mosquito haunts and breeding grounds, drain all stagnant pools, fill in all swamplands, and chemically treat all still-water streams.

Speaking of things that should no longer exist, the article also suggested that the letters “c,” “x,” and “q” would be abandoned because they would be unnecessary.

Interestingly, the author also believed that almost everybody would be able to walk 16 kilometers (10 mi) at a stretch. And anyone who couldn’t would be “regarded as a weakling.”

3 Motorcars Will Be Replaced With Flying Bicycles 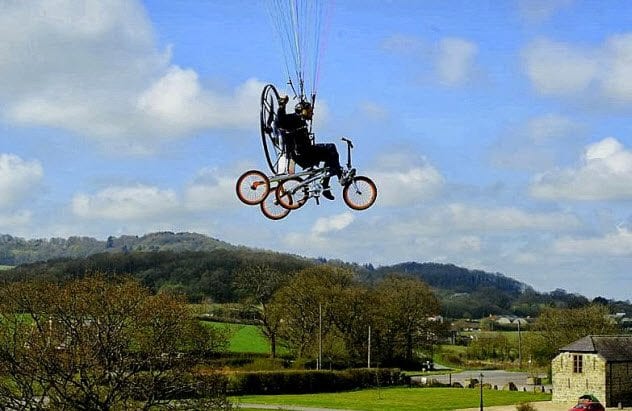 In 1909, The New York Times asked French occultist Henri Antoine Jules-Bois for his vision of the future. The “philosophical prophet” predicted that motorcars would be forgotten in 100 years and completely replaced with flying bicycles which would allow citizens to traverse the air at will.

Bois further went on to say that almost nobody would remain in the cities at night. Cities would become associated with business only. As a result, everyone would opt to live in the countryside or in garden towns.

Bois believed that flying bicycles, flying cars, and pneumatic railways would eventually become so prevalent that the question of transit time would become completely unimportant when choosing one’s home.

2 Highways Will Be Air-Conditioned In Desert Regions

The “Magic Highway, USA” episode of the TV series Disneyland from the 1950s predicted how transportation, and especially highways, would change over the years in America.

It was predicted that a multicolored highway system would be a common sight that would enable drivers to reach their destinations easily by following the correct color strip. Radiant heat would keep highway surfaces dry through rain, ice, and snow. Hot desert wastelands could be traversed through air-conditioned routes.

Tunnels would be made with the help of atomic reactors which would apply high heat to mountains, instantly melting the hard rock. A giant road builder would be able to change rough ground into a wide, finished highway in an instant while insurmountable barriers and cliffs would be scaled by highway escalators.

1 Skyscraper Aerodromes Would Transport Passengers In and Out Of Cities 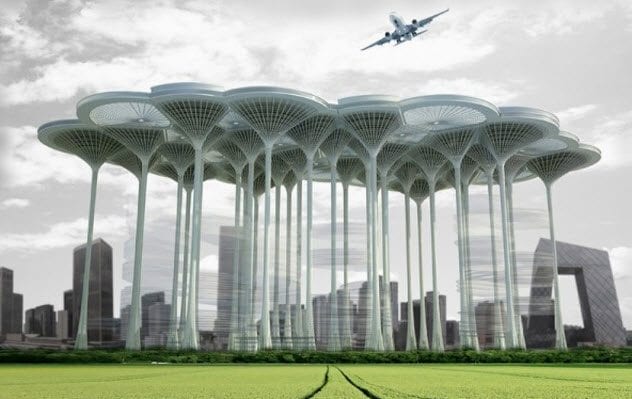 In the 1920s, some people believed that skyscraper aerodromes were a great way of getting passengers into cities. People envisioned runways either cantilevered outward from rooftops or shared between several buildings.

One innovative architect was so inspired by the idea that he proposed the construction of a kind of giant table with skyscrapers as the legs and a landing platform placed on top of them.

The New York Times went even further. They suggested a far more personal approach, saying that “the helicopter and gyroscope will enable a man to land and start from a shelf outside his dwelling window.” And maybe it will, but not just yet.