If you are an avid fan of Listverse, chances are that you love reading. We read and soak up knowledge like sponges because we enjoy it! But there are those in the world who have no such desires. They would rather hug a cactus than snuggle up on the coach with a good book. Luckily, life has a way of educating us all. Every now and then the perfect mind-boggling or bizarre picture surfaces, awakening such curiosity or consternation that even the most uncompromising non-readers take note and open their browsers—finding out things they never thought they would.

SEE ALSO: 10 Pictures That Almost Got Their Photographers Killed 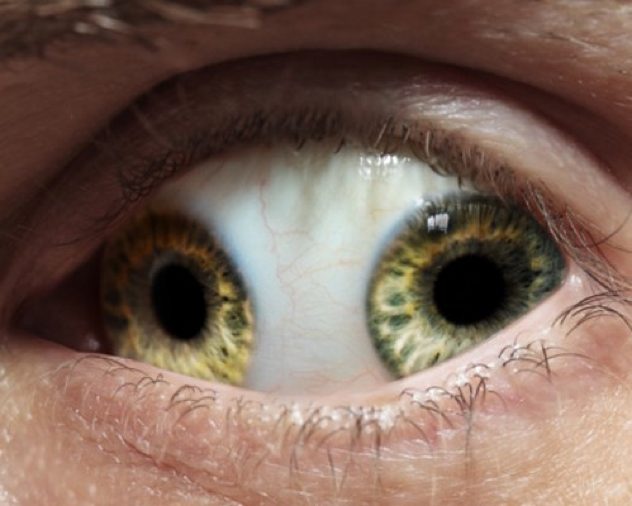 If the day comes that you fall off a building and Superman saves you, try not to look into his eyes because this is exactly what they might look like. A person with two pupils may have improved eyesight in more ways than one. They might be able to escalate the amount of visual information they take in as well as have enhanced focus. As the condition mostly appears in fiction many believe it to be myth—but there is sufficient proof of historical figures, most notably the famous Chinese emperor Liu Ch’ung, who were born with the condition.

9
Cannabis to keep HIV at bay 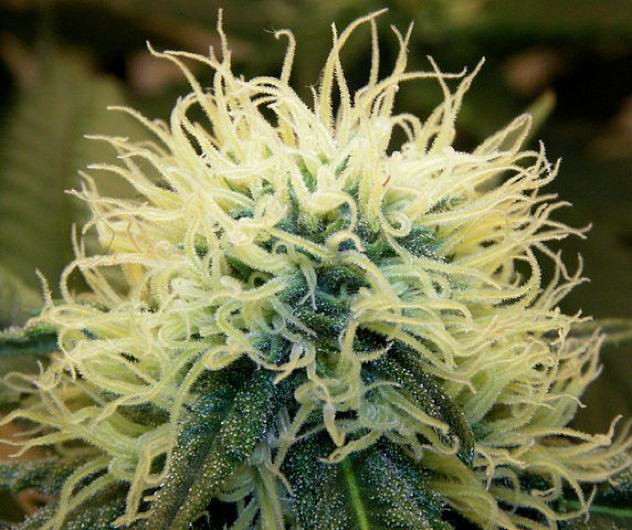 No it’s not a bunch of lively worms, just medical marijuana. In a study that was recently published in “The Journal of Leukocyte Biology” researchers found that THC, the chemical compound in Cannabis that gets the user stoned, impairs and depresses the most common and widely found strain of HIV. The study is very detailed and technical, but what they basically did was to inject the virus into macrophages (the white blood cells that helps to defend your immune system) and then subject them to THC. To everyone’s amazement the cells became stronger at fighting against and keeping the virus out. 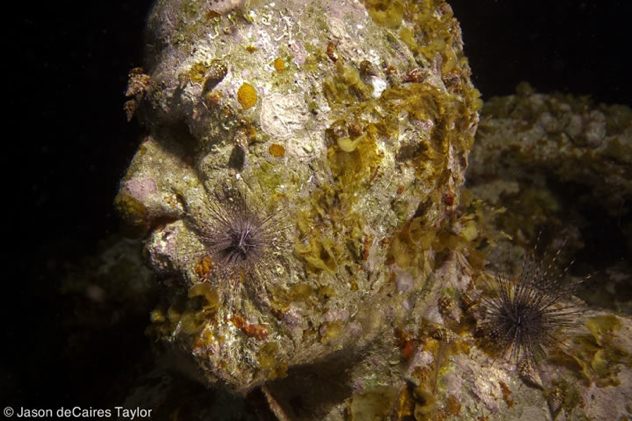 Scientists have predicted that the world’s natural coral reefs will all be gone by 2050 if preventative measures aren’t taken. Jason de Caires Taylor’s underwater sculpture museums were all designed and constructed to boost the growth and habitation of threatened sea life. The sculptures are always strategically placed on the ocean floor from where they start to take on a life of their own—eventually disappearing completely. New coral reefs are formed and the surrounding ecosystems get a chance to recuperate. His first underwater sculpture park founded in 2006 off the coast of Grenada was recently named one of the 25 Wonders of the World by National Geographic. 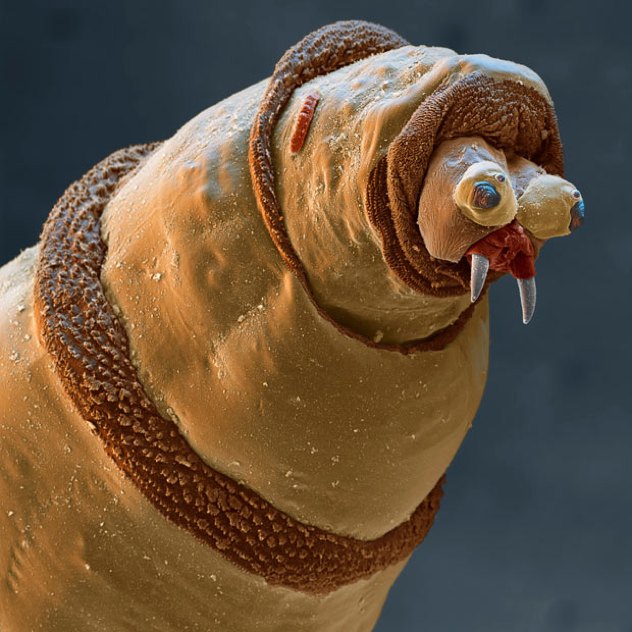 Hopefully you won’t remember this image when you have a very deep wound or ulcer that won’t heal. In many of today’s leading medical practices doctors make use of the maggots (or larva) of bluebottle flies to clean wounds situated away from organs or body cavities. The larva are sterilized and placed inside wounds, where they feed on the dead tissue and so assist the body in producing new cells. As ugly as they are, even their saliva helps to sustain the area’s sterility as it has anti-bacterial chemicals. The maggots are mostly used in the treatment of diabetic ulcers that form on the feet. 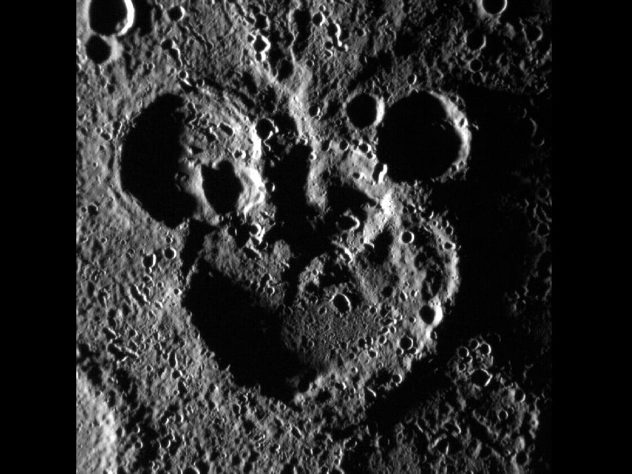 Mercury is the smallest planet in our solar system and the closest to our sun. NASA’s Messenger probe has been circling Mercury since March 2012 taking hundreds upon hundreds of very boring grey images. Imagine the scientists’ childlike joy and delight when this image was discovered! Mercury has almost no atmosphere and as such, can’t stop any impacts. The planet is literally covered with craters. This picture was taken to the northwest of the “Magritte” crater that lies in Mercury’s south. The surprising Mickey Mouse likeness were created by the build-up of craters of Mercury’s past and perfect shadowing at just the right time. 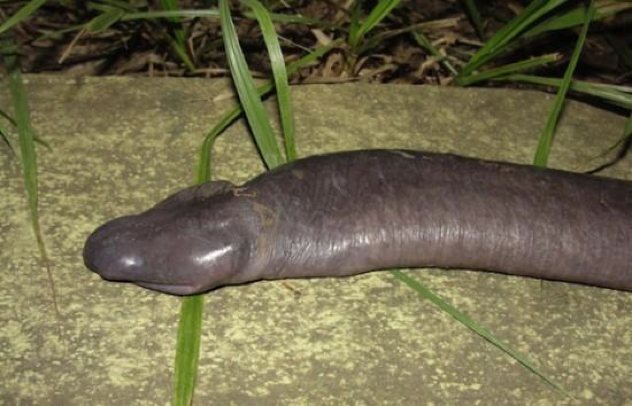 I’m afraid it’s not a hoax. Atretochoana eiselti is one of the most important discoveries of 2011. This particular amphibian (yes, it’s not really a snake) was thought to be extinct until it was rediscovered in 2011 by a team of engineers who were draining the Madeira River in order to build a new dam. After the discovery two of the six snakes removed from the site were taken to laboratories for scientific studies where scientists marveled at the fact that they not only looked like, well, male sex organs, but that these animals also have no lungs. Up to date nobody has figured out how Atretochoana eiselti actually breathes. 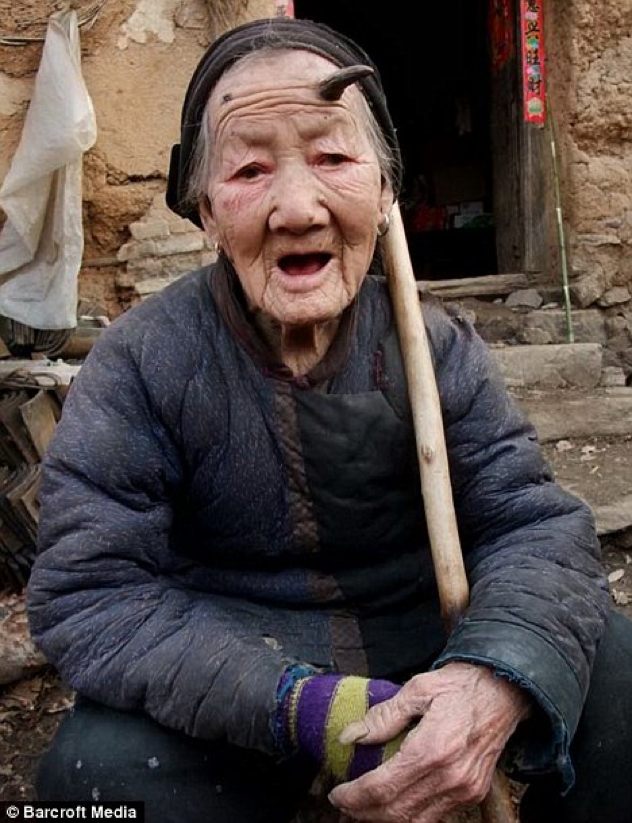 Cutaneous horns are made of the same protein we have in our nails and hair—keratin. It is also the same protein that makes up hooves and feathers. They are quite common in older people and can be cancerous or benign, but it is very seldom that they grow to be as large as Zhang Ruifang’s. The 102-year old grandmother’s growth has already grown to 6cm in length and another is busy forming on the other side of her forehead. These growths can be removed but it doesn’t treat the underlying cause which can be anything from common warts to actinic keratoses. 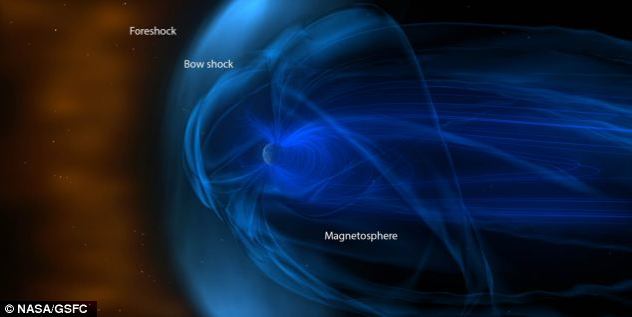 In this awesome image recently released by NASA, earth is seen as it moves through space, surrounded by a huge magnetic cloud. Far from the typical blue planet we normally see, this powerful image illuminates the energy and momentum of the magnetosphere that surrounds our planet as we twirl around the sun. As the earth moves, the magnetosphere forms a bow wave, just like the water in front of a moving ship. Everything that happens to earth’s magnetic field depends on what happens at the front of our bow wave. Scientists are now using the data they obtained to better understand space weather and how external energy affects the earth’s magnetosphere. 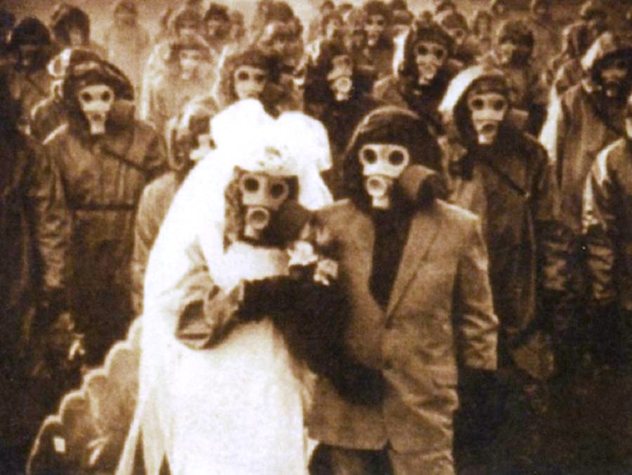 One may be tempted to believe that this picture comes from some post-apocalyptic movie, but fact can sometimes be stranger than fiction. Miyakejima Island lies on an active volcanic chain in the Izu Islands and it has one of the highest concentrations of poisonous gasses (mostly sulphur) in the world. After a series of eruptions in 2000, these levels became so high that mass evacuations were instituted and flights were cancelled over the area for many years. In 2005, the residents of Miyakejima Island were allowed to return to their homes but to this day they are required to carry their gas masks with them at all times. 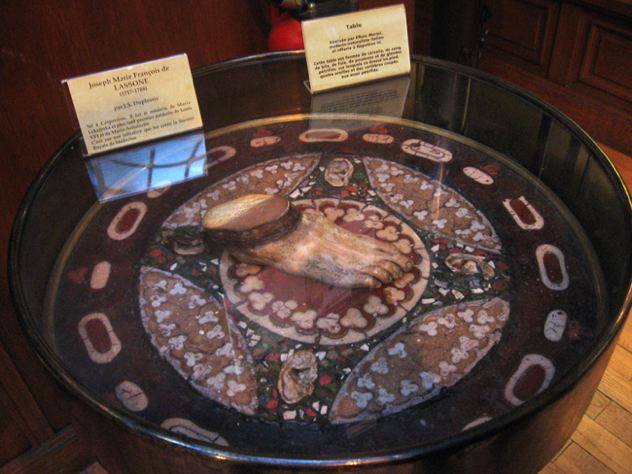 The Museum of the History of Medicine in Paris houses more than 1,500 objects, some of the oldest in Europe. Their fascinating but creepy collections feature a lot of anatomical specimens, medical models, prosthetics and surgery-related art. The item in our picture is a table that is made up entirely of petrified human body parts. The centerpiece is an actual human foot. It is said that this table was given to Napoleon in 1866 by an Italian doctor by the name of Efisio Marini. In a weird twist of fate, it also happens that one of their most prized collections is the authentic autopsy tools that were used on Napoleon himself.

Hestie makes a living in Pretoria, South Africa. She would however, love to visit all the places she writes about.