John F. Kennedy’s father was a major figure in his own right. He was a financial genius and a political power player. He was one of the richest men of the world, a man who had the political and financial power to affect the lives of millions.

He was also, however, a man of questionable ethics. He made dirty deals in his professional life and even dirtier ones in private.

Today, the father is outshined by the son, and we often see Joseph Kennedy as nothing more than a footnote in the story of JFK. Joseph’s decisions, though, shaped the man his son became and the world we live in today.

10He Made A Fortune Through Insider Trading 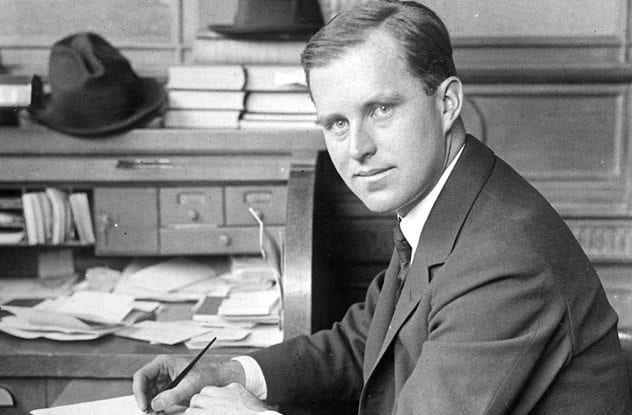 Joseph Kennedy knew how to make money. By the time he’d turned 25, he was already the president of a bank, the youngest in America. He got rich by working hard and making smart decisions, but he turned that wealth into a fortune by cheating on the stock market.

Kennedy turned the stock market into a gold mine by using tricks that, today, are illegal. He used insider trading, created artificial scarcities to drive up stocks, and sold other ones short to drive them down. It was all unethical, but at the time, it wasn’t illegal, and Kennedy’s fortune soared.

He knew what he was doing. Encouraging a classmate to do the same, Kennedy said, “It’s easy to make money in this market. We’d better get in before they pass a law against it.”

Someone did pass a law against it: Joseph Kennedy. In 1934, Franklin Delano Roosevelt made Kennedy the head of the SEC, saying, “It takes a crook to catch a crook.” He was right. Kennedy criminalized insider trading, making it a crime to use the very tricks that made him his fortune.

9He Brought His Mistress On Vacation With His Wife 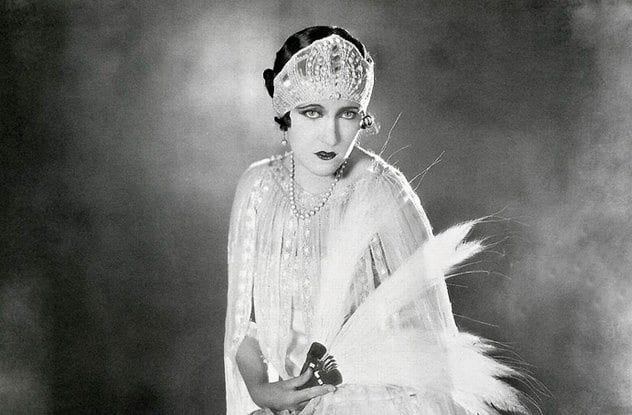 Joseph Kennedy married Rose Fitzgerald in 1914 and, almost immediately, started cheating on her. “Even in the early years of their marriage,” a relative related, “Joe had a reputation for being a ladies’ man.”

His most famous affair was with Gloria Swanson, the star of Sunset Boulevard. The pair ran around together for two years, and it wasn’t always behind Rose’s back. At one point, he took Rose and Gloria both on vacation to Europe and made his wife watch while fooled around with the other woman.

Rose kept a stoic face. “If she suspected me of having relations not quite proper with her husband, or resented me for it, she never once gave any indication of it,” Gloria Swanson said.

This was just Rose’s way. She knew of the affairs. Even her children knew what was happening. Rose’s life, though, had been full of men like Joseph. She’d been taught that a woman’s place was to suffer in silence and spare the men the humiliation of being found out. Through it all, Rose’s secretary would later say, “she never showed any pain.”

8He May Have Been A Bootlegger 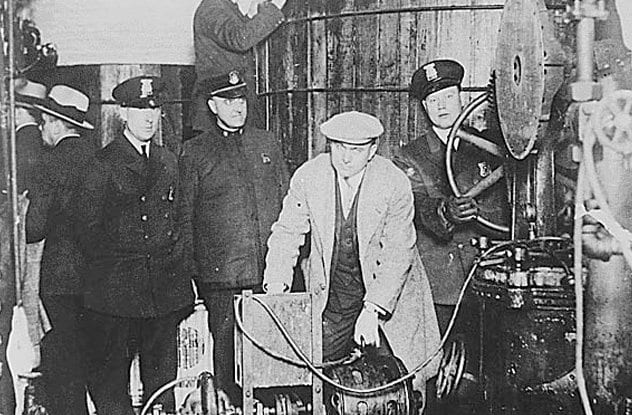 When Prohibition came into effect, rumors that Kennedy was a rum runner spread wildly. Allegations came from everywhere. The gangsters Frank Costello and Meyer Lansky both accused Kennedy of being a bootlegger. Another rumor put him as Sam Giancana’s partner in crime. And a piano tuner working for Al Capone claimed that he saw Kennedy sit down with whiskey baron to talk business.

None of these stories have ever been proven, but we do know some things for sure. In 1922, Kennedy kept the liquor flowing at his Harvard 20th reunion. And, when Prohibition ended, Kennedy already had a whole stock of liquor ready to sell across the country.

Kennedy claims all this liquor was acquired legally, and it’s quite possible that the whole rumor was just a way to run his name through the mud. One way or another, though, Kennedy was a businessman. Whether he started selling liquor during Prohibition or after, he saw a business opportunity and capitalized on it.

7He Was A Vocal Anti-Semite 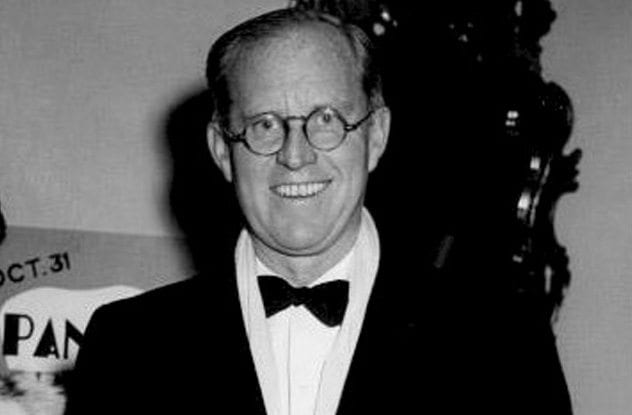 In 1938, Joseph Kennedy became the American ambassador to the United Kingdom. This was during the rise of Nazism, when Hitler was turning his people against the Jews, and Kennedy wasn’t afraid to weigh in.

“They brought in on themselves,” Kennedy said when he heard about German Jews being attacked. To a friend, he added, “As a race they stink. Look what they did to Hollywood.”

He spent a great deal of time talking to the German ambassador, Herbert Von Dirksen. “Kennedy,” Von Dirksen said, “understood our Jewish policy completely.” He tried to get them to change their approach, but not because he was worried about the Jews. He was just worried that too much violence would turn public opinion against Hitler.

Kennedy had his own plan. He tried to set up a program that would have shipped every Jew in Germany to Africa, or, at least, to a British or American colony.

Roosevelt shut his plan down, but it didn’t silence Kennedy. He agreed with Hitler all the way. “Jewish pundits,” he wrote in a letter, were going to “set a match to the fuse of the world.”

6He Was A Nazi Sympathizer 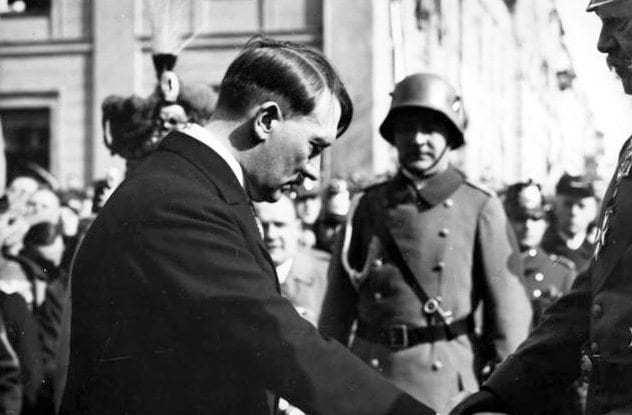 Kennedy’s eldest son, Joseph Jr., saw Hitler speak in 1934. He was impressed. Hitler, Joseph Jr. said, saw Germany’s need of a common enemy. Someone they could toss out to boost morale. “It was too bad that it had to be done to the Jews,” Joseph Jr. wrote. “The dislike of the Jews, however, was well founded.”

Joseph Jr. was often described as the most like his father, and, sure enough, Joseph Sr. shared his views. He called for America to make a peace pact with Hitler. In England, he tried to keep Winston Churchill out of office, hoping Neville Chamberlain would make an alliance with Germany.

He tried to get approval to meet with Hitler personally twice. Kennedy wanted, he said, “to bring about a better understanding between the United States and Germany.” Roosevelt, however, was still in charge. He stopped Kennedy both times. He wasn’t going to let a rich ambassador make an alliance with the Nazis.

5He Said That Democracy Was Finished 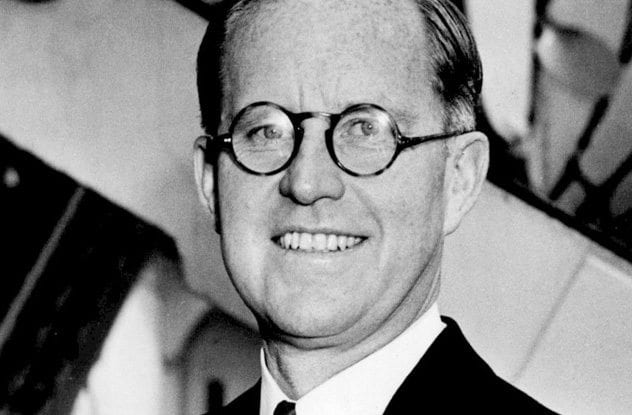 “Democracy is finished in England. It may be here as well,” Joseph Kennedy told a reporter. England, he believed, was only fighting Germany so that they could stay alive. They weren’t fighting the encroach of fascism, and neither was America.

Kennedy told Von Dirksen that Roosevelt was a victim of “Jewish influence” and that he would soon be disposed of. It wasn’t a view he held lightly. Kennedy was sure that America was being run by Jews. In an interview with another reporter, he said that “the Democratic policy of the United States is a Jewish production.”

Roosevelt was furious. Kennedy was supposed to be serving the state. Instead, he was spreading anti-Semitic conspiracy theories and publicly supporting Hitler. In 1940, Kennedy was forced to resign as ambassador. His political career was over.

4He Lobotomized His Daughter 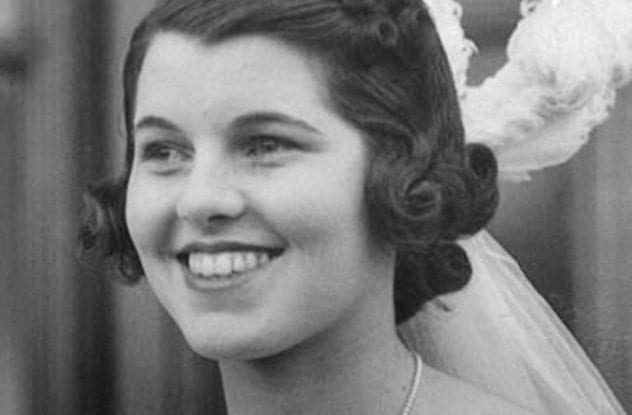 With his own political ambitions smashed, Kennedy turned to his sons. One of them, he was determined, would become president. There was only one liability: his daughter, Rosemary.

Her behavior was unpredictable, and she’d often break into fits of rage. Officially, Rosemary had been diagnosed as mentally handicapped, but modern psychiatrists think she was just depressed. Either way, she had to calm down. “If someone has mental illness in their family,” said psychologist Bertram Brown, “how does he become president?”

While they incised her brain, the surgeons had her sing “God Bless America.” Her surgeon would later describe it, saying, “We made an estimate on how far to cut based on how she responded.” He stopped cutting when she became incoherent. 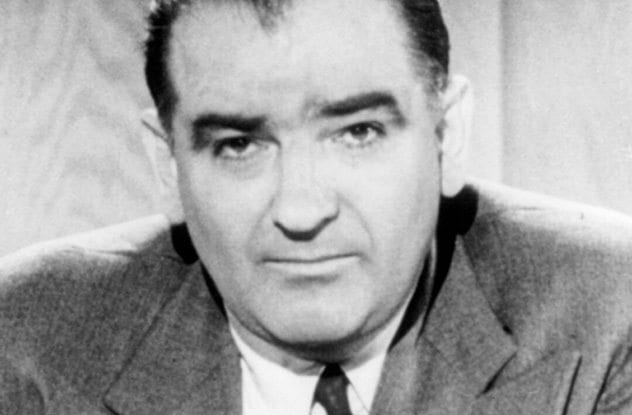 When he ran for president, John F. Kennedy claimed to be against McCarthy’s infamous Un-American Activities Committee. When it was happening, though, he was a bit less critical, because his father was one of McCarthy’s biggest supporters.

Joseph Kennedy contributed to McCarthy’s campaign and supported him every chance he could. He got his son Robert a job counseling McCarthy’s committee, and Robert even made McCarthy his son’s godfather.

It put JFK in a difficult position. When public turned against McCarthy, the Democrats moved to censure McCarthy. JFK didn’t know what to do. He asked, “How could I demand that McCarthy be censured for things he did when my own brother was on staff?”

One senator knocked on JFK’s door, asking him to sign a statement condemning McCarthy. Before JFK could say a word, Joseph cursed the senator out, yelling, “You’re trying to ruin Jack!”

JFK missed the vote to censure McCarthy because of a broken back, but there’s reason to believe he could have participated if he wanted to. JFK told a friend that, if a reporter asked how he felt about McCarthy, “I’m going to reach back for my back and I’m just going to yell ‘Oow’ and then I’m going to pull the sheet over my head and hope we can get out of there.”

2He May Have Rigged An Election 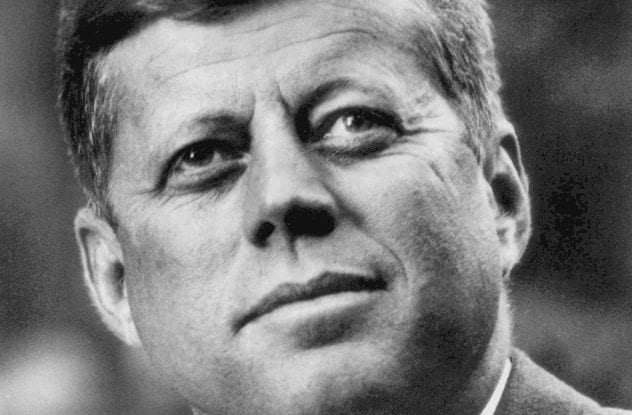 In 1946, John F. Kennedy ran for congress and won. According to his opponent, though, it wasn’t because of a wave of popular support. Joseph Kennedy cheated.

JFK ran against a candidate named Joe Russo, and Russo claims that Joseph Kennedy deliberately split his votes. Allegedly, Kennedy paid a custodian whose name was also Joe Russo to run in the election. Voters, Kennedy hoped, would get confused about which Russo was which, and he’d split his votes in half.

Cheating rumors floated up against when JFK ran for president. Joseph, though, didn’t support his son’s policies. Before his son won the primaries, he visited Richard Nixon and told him, “Dick, if my boy can’t make it, I’m for you.”

JFK made it, and Joseph stayed loyal to family. JFK was more than aware of his father’s reputation. He joked, “I just received the following wire from my generous daddy, ‘Dear Jack, Don’t buy a single vote more than is necessary. I’ll be damned if I’m going to pay for a landslide.’ ”

1 He And His Son Had Affairs With The Same Woman 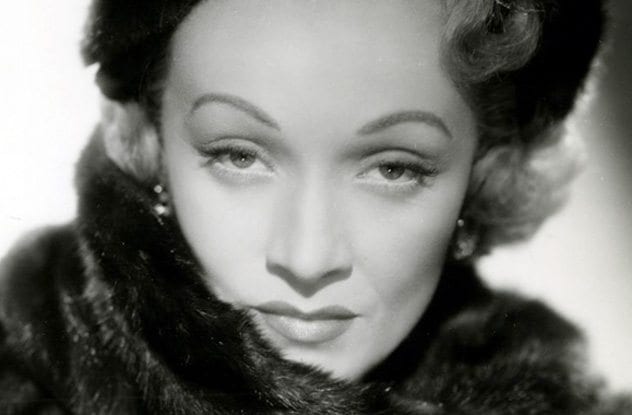 “Dad told all the boys to get laid as often as possible,” John F. Kennedy said. They were words that would shape his character. The younger Kennedy would grow up a notorious playboy, once complaining, “I can’t get to sleep unless I’ve had a lay.”

Joseph encouraged infidelity among his kids. They were open about it. In 1940, JFK wrote a letter to his father, telling him, “An awful lot of people were there, three girls to every man, so I did better than usual.”

His influence came to a head with one woman: Marlene Dietrich. She’d had an affair with Joseph in 1938, who flaunted his affair in front of his son. Years later, in 1963, JFK called Marlene over to the White House and got her alone in a bedroom. Marlene was over 60 years old, but he’d called her over for an affair.

Before she left, JFK asked her, “Did you ever got to bed with my old man?”

She’d wanted to protect him, but his father had openly boasted about it. JFK replied, “I always knew the son of a bitch was lying.”