History rarely tells two sides of a story. We hear about our victories and the brave men and women who won them, but the heroes of the other side are usually scraped off and forgotten.

SEE ALSO: 10 Places That Look Nothing Like You Think

There were good and decent people among our nations’ enemies. Their leaders have may have committed atrocities, but these people led lives of courage of decency and left behind stories of true heroism—stories that history erased because they fought for the wrong side. 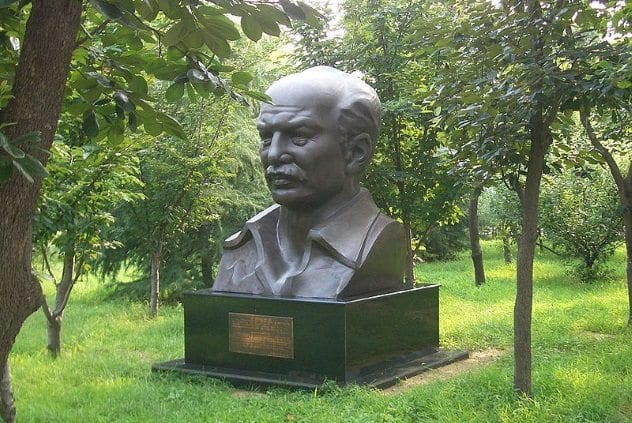 Dr. Norman Bethune is almost completely unknown in his home country of Canada. In China, however, he is a household name.

Dr. Bethune was a lifelong socialist. Before universal health care came to Canada, he ran a free health clinic to ensure that the poor could still get help. But in 1937, when Japan invaded China, he realized where he was needed most. So he flew halfway around the world to meet Mao Tse-tung and offer his services.

In China, Dr. Bethune trained doctors, introducing new, lifesaving medical ideas to a part of the world they’d yet to reach. He went to the front lines to work as a surgeon, saving the lives of countless Chinese soldiers and citizens. By the end, he was one of China’s main medical advisors.

When Dr. Bethune died of an infection, he was a national hero. There are statues in his honor in China, and several hospitals bear his name. Mao himself wrote a tribute to the doctor which, to this day, is still required reading for most Chinese high school students. He wrote that Dr. Bethune was a model for all of humanity, saying, “We must all learn the spirit of absolute selflessness from him.” 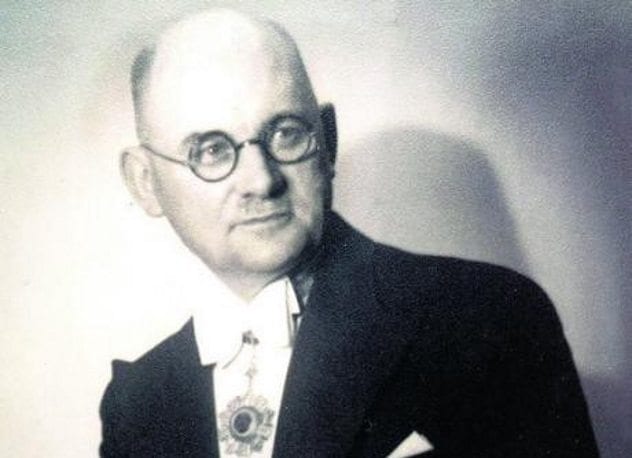 Photo via Notes From a Strange World

John Rabe was a Nazi, through and through. He fully believed in Hitler, declaring of the Nazi war machine: “I am behind the system 100 percent.” But despite it all, he saved 200,000 lives.

Rabe was the leader of the Nazi Party in Nanking when the Japanese invaded. The Japanese urged him to flee when their army rolled in, but Rabe wouldn’t leave. He had already lived in China for 30 years, he explained. His children and grandchildren were born there, and he would stand by the Chinese until the end.

When the atrocities of the Rape Of Nanking began, Rabe set up the International Safety Zone to protect as many Chinese civilians as he could. He sheltered more than 200,000 refugees near his home, saving them from the brutal abuse the Japanese inflicted on Nanking.

Rabe would patrol the streets of Nanking, trying to stop Japanese soldiers from raping Chinese women. He would hold his swastika high, threatening them with his authority as a Nazi to keep them off. He represented an abhorrent party and a dangerous ideology, but to thousands of Chinese survivors, he was a hero. Several boys born in Nanking were given the name “Rabe” in his honor. 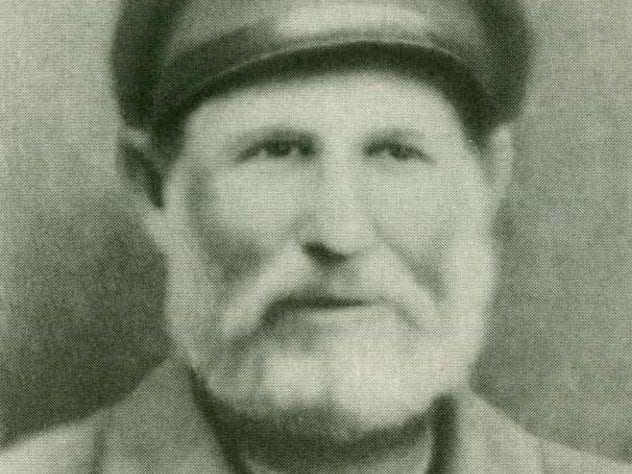 Matvey Kuzmin was 83 years old when the Nazis came to his home. He was nothing more than an aging Russian peasant, but now, he found himself before the barrel of a German gun. The Germans wanted information. Kuzmin, they said, must tell them where the Soviet army was located, or he would die.

Kuzmin told the Nazis he would show them, but he had a plan. He sent his grandson off to warn the Soviets that the Nazis had arrived and to prepare an attack. He then led the Nazis to the town of Malkino. The Nazis followed him, unaware that an ambush was waiting.

When the Soviet army attacked, the Germans realized that they had been duped. A Nazi officer shot Kuzmin on the spot. Kuzmin died, but because of his sacrifice, the German unit was captured, and the Soviet Union won an early battle against the advancing fascist army. 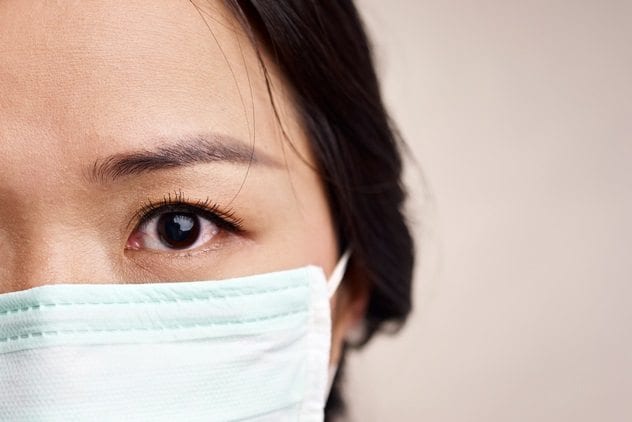 An Yong-ae was a nurse during the Korean War. She tended to wounded North Korean soldiers, patching up and cleaning their wounds from the safety of a military hospital.

When the warning went off that an US air raid was coming her way, she was ordered to take shelter. An, however, refused to run. There were men in the hospital who couldn’t walk and who wouldn’t be able to get away. She helped as many people out as she could and then rushed back in to help more.

When the bombs fell, An was still in the hospital. She died in the devastation. But because of her sacrifice, dozens of injured men made it out alive. 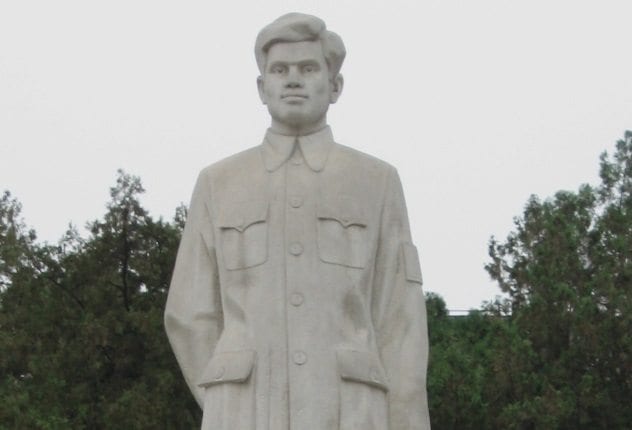 Norman Bethune wasn’t the only doctor who traveled to China. Dr. Dwarkanath Kotnis and a team of four other doctors left their homes in India to join Mao’s communist army as well. The other four went home when their time was up, but Dr. Kotnis stayed in China, determined to help.

Dr. Kotnis worked as a surgeon and treated hundreds of wounded soldiers. He moved up the ranks quickly, and after Dr. Bethune’s death, he became the director of the newly named Dr. Bethune International Peace Hospital.

His most incredible moment came in Yunan in 1940. Wounded soldiers were rushing in faster than the hospital could handle. Dr. Kotnis, determined not to let a man he could save die, performed surgery for 72 hours straight without sleeping.

Dr. Kotnis would die in an epileptic seizure before he saw the end of the war. Today, though, there are statues honoring him in China, commemorating a man who gave his life for the cause of another nation. 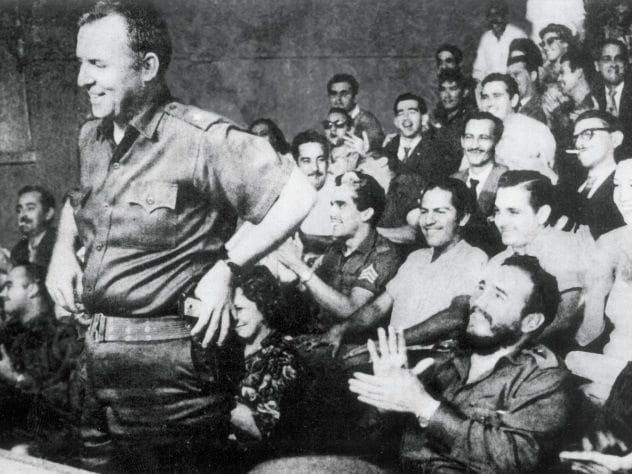 William Morgan was the only American in Fidel Castro’s rebel army. One of his friends, who had been caught smuggling weapons to Castro’s rebels, had been tortured and killed by Fulgencio Batista’s soldiers. Morgan wanted revenge. In 1957, he flew over and joined the rebellion.

Throughout his time fighting in the Cuban Revolution, Morgan was dogged by suspicions that he might be a CIA spy. As the war raged on, though, he proved himself. He trained Cuban soldiers and fought alongside them until he had command of six men of his own. Soon, he had a whole column and then command over a whole territory.

By the end of the war, Morgan had worked his way up to the top rank of comandante. He and Che Guevara were the only foreign soldiers to achieve that rank. The two worked together to capture Santa Clara at the end of the war. Batista fled Cuba 12 hours after their victory.

Morgan believed that Castro was going to turn the country into a capitalist democracy. When that didn’t happen, he was upset—and he didn’t hide it. In 1960, his complaints got him sent in front of a firing squad. The US had taken away his citizenship for helping a foreign army, and he had no way to escape. As payment for his sacrifice, William Morgan was put to death. 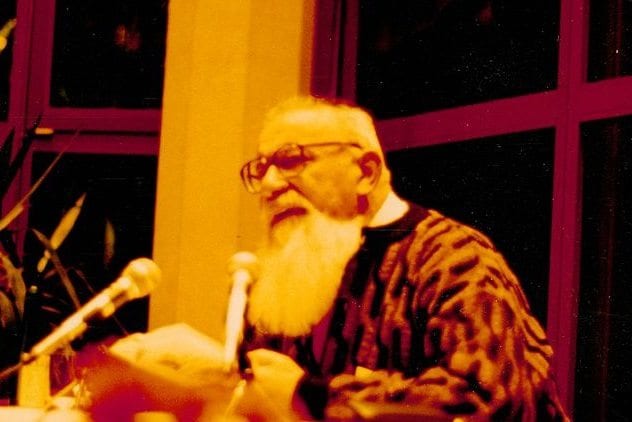 As a Ukranian Jew, Lev Kopelev had every reason to want to see the Nazis suffer. But when he joined the Red Army on their march to Berlin in 1945, he found himself on the other side, protecting German women.

The Soviet army was brutal to women in Berlin. Kopelev saw his men-in-arms violently raping women, attacking the old and young alike, and he couldn’t stand idly by. He started pulling his colleagues off of them.

“Don’t disgrace yourself!” he told one who was assaulting a Polish woman. “Don’t you have a mother, a sister? Have you thought of them?” “Get out of my way!” the soldier yelled back. “I need a woman! I spilled my blood for this!”

Kopelev’s efforts to protect German women soon turned into a full protest. The Soviets didn’t appreciate his moral stance. They arrested him, and he spent nine years in prison on charges of “compassion toward the enemy.” When he was finally released, though, his writing became one of the best records of what had happened. 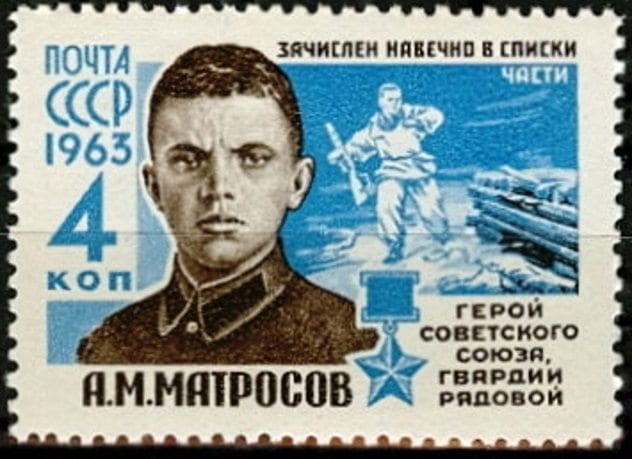 Alexander Matrosov was only 19 years old when he met his end. He was fighting alongside the Soviet army to repel the advancing German army.

In 1943, he and his unit were attacking Germans stationed in a Russian village. Nazi machine gun fire was so heavy that the Soviets couldn’t even move. Instead, they held back, throwing grenades and taking out the machine guns one by one.

Matrosov, according to the story, threw the last grenade. The last gunner stopped firing, and unable to see through the dust, the men assumed he’d got him. The Soviets charged forward—only to find out that Matrosov had missed. The machine gun opened fire.

The young boy, determined to save his comrades, jumped on top of the machine gun and used his own body to clog it. He was riddled with bullets and died, but he saved his comrades and became a legend in the Soviet Union. 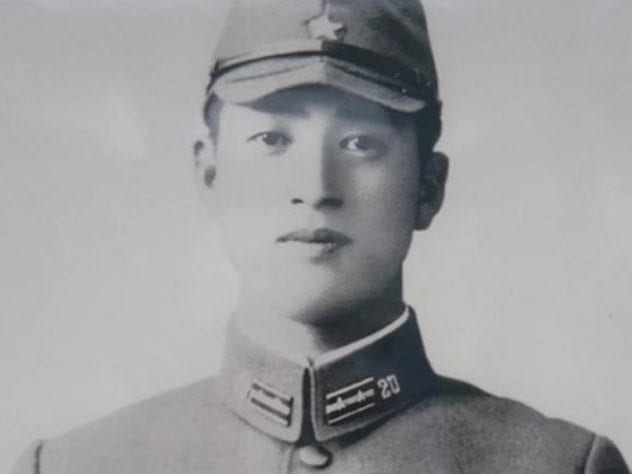 Photo via The World Around Us

Captain Isao Yamasoy (real surname “Yamazoe”) arrived in the town of Dulag in the Philippines in 1943. He was a Japanese soldier, and he was there as an occupying enemy—but he left as a Filipino hero.

Despite Japan’s reputation for brutality in World War II, Captain Yamasoy insisted that his men treat the locals with respect. He did not permit his men to abuse them, not even the prisoners. Instead, he tried to improve relations between the soldiers and the civilians. He set up morning calisthenics activities, athletics, and cultural shows for both Japanese and Filipino alike.

When Captain Yamasoy got word that a Filipino guerrilla unit was planning to attack his garrison, he was worried about civilian casualties. He contacted the guerrilla unit and asked them to meet him outside of town so that no innocents would get hurt in the battle. They agreed but ambushed him on the way, believing they were getting rid of one more tyrant.

After Captain Yamasoy died, though, a new commander took over. All of Yamasoy’s programs were canceled. The commander used torture and forced the civilians, including children, to do slave labor on airfields.

Realizing they’d killed a good man to bring on a bad one, the people of Dulag mourned his death. Today, there is a shrine to his memory in the city, dedicated to the one man from the enemy army who treated them like human beings. 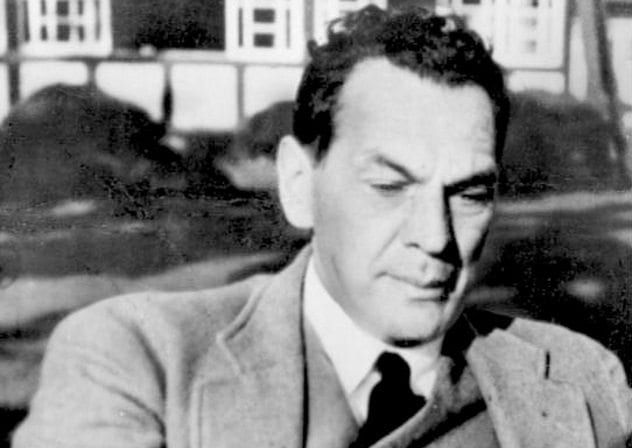 Without Richard Sorge, the Allies very well might have lost World War II. He was a Soviet spy who managed to become Germany’s ambassador to Japan, which put him in an incredible position to collect information.

As early as 1939, Sorge found out that Japan and Germany were plotting an attack against Russia. He reported to Stalin, who acted on the information by sending diplomats to Germany. His information led to a pact that held back the invasion of the USSR for two years.

In 1941, Sorge warned Stalin that Hitler was going to betray him in June. Stalin didn’t believe him until it happened. When the Nazis rolled into Russia, though, he realized Sorge’s value.

Stalin ordered Sorge to find out if Japan was going to join the assault. They wouldn’t, Sorge reported, unless the Nazis made major gains early on. The information gave Stalin the confidence to move his whole army against the Nazis and leave himself vulnerable to Japanese attack.