The classic shows mentioned in this list not only bring back nostalgia for many but are often regarded as being some of the most iconic programs in television history. The following focuses on the lesser-known facts of these beloved sitcoms, all the while integrating history and the changing of times. 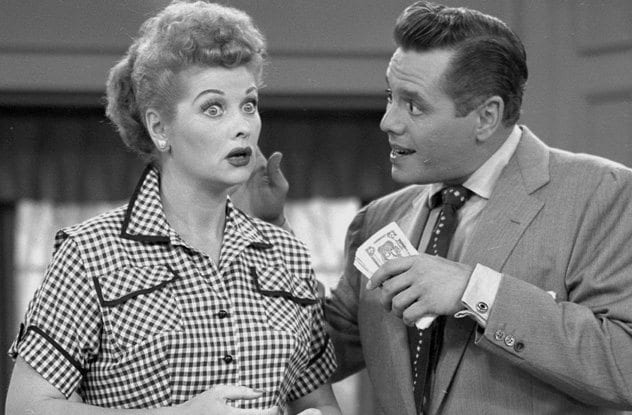 Long before I Love Lucy made television history, the decision of moving forward with the production of the show’s pilot was faced with considerable dilemmas that could have potentially led to career suicide for both Lucille Ball and Desi Arnaz. Everything they had worked up until that moment came down to one decision: Play it safe, or take a chance on the untried medium of television. The answer that would ultimately cement Ball as television royalty was manifested in a dream she had in which her deceased friend appeared to her. Ball recounts that in her dream, Hollywood actress Carole Lombard appeared in a “very smart suit and she said, ‘Go on, honey. Give it a whirl!’ ”

I Love Lucy became not only one of the most syndicated shows to date but is credited for the invention of the rerun, an idea Arnaz formulated following the pregnancy of his wife. 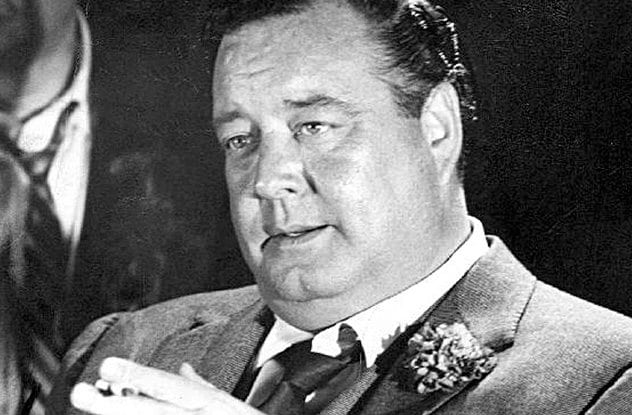 The popular 1960s cartoon The Flintstones became a hit around the world but was not well received by one of television’s most iconic actors of all time, Jackie Gleason. According to Alan Reed Jr. (son of Alan Reed, who voiced Fred Flintstone), The Flintstones was inspired by The Honeymooners, taking on the short-tempered and overbearing characteristics of Gleason’s vociferous Ralph Kramden.

Gleason was none too pleased that the modern stone-age family was patterned after his beloved show and contemplated suing the creators of the cartoon. Although Gleason’s lawyers informed the actor that he could have The Flintstones canceled, they cautioned him that he would be known as “the guy who yanked Fred Flintstone off the air.” Understanding that many children and parents would be saddened, Gleason ultimately decided to let bygones be bygones. 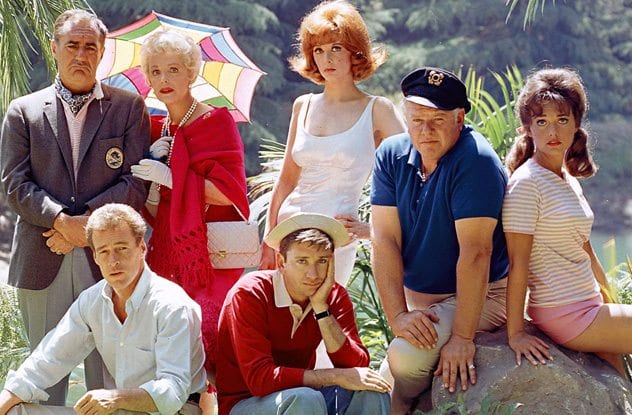 328 Chauncey St., Apartment 3-A is the Brooklyn address that Ralph Kramden lived with his wife, Alice, in The Honeymooners. Unfortunately for Shurleen Conway (who shared the same address as the fictitious couple), die-hard fans of the classic show continued showing up at her residence well into the ’80s hoping to catch a glimpse of Gleason’s alter ego.

However, this was not the first time fans couldn’t seem to separate real life from television. Shortly after Gilligan’s Island first aired in 1964, producer Sherwood Schwartz began receiving forwarded telegrams from the Coast Guard written by concerned viewers pleading for the rescue of the stranded castaways. Apparently, the number of delusional TV-watching adults who could not distinguish fact from fiction was more than Schwartz could have ever imagined. Schwartz said, “There was even a laugh track on the show. Who did they think was laughing at the survivors of the wreck of the USS Minnow? It boggled my mind.” 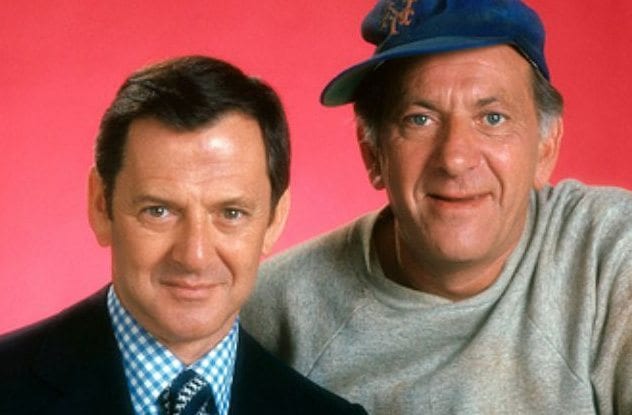 When The Odd Couple first premiered in 1970, viewers questioned the sexuality of Felix and Oscar, two men living as roommates in New York City. The character of Felix (played by Tony Randall) raised the most eyebrows, given his flamboyant mannerisms and interest in the arts. Worried that viewers would be turned off due to the continuous speculation, ABC executives made it a point in the show’s intro to state that the roommates were “divorced men.”

Actors Jack Klugman and Tony Randall laughed at the expense of those who thought the show was about gay men. In addition, they tested the patience of anxious producers and executives by improvising many scenes of Oscar and Felix hugging and kissing, much to the studio’s displeasure. 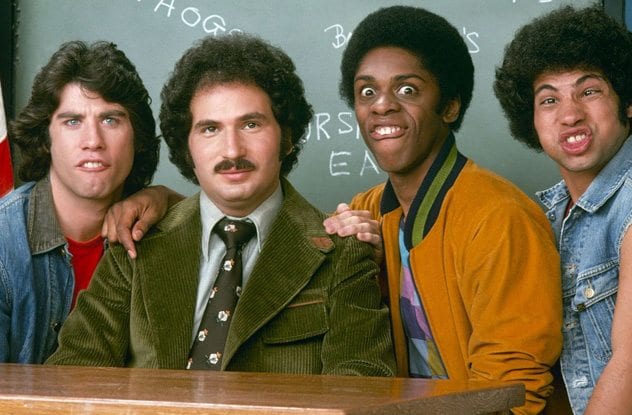 In 1974, a federal District Court Judge ruled that the Boston School Committee had unconstitutionally and deliberately segregated city schools. Therefore, a racial balance was called to order via “busing” students outside of their neighborhood to other districts in an attempt to achieve a racial balance in the classrooms. What followed was a citywide pandemonium shrouded in violent protests, riots, and anti-police sentiment.

Welcome Back, Kotter, a new hit show on ABC that focused on a racially mixed group of underachievers at an inner-city high school, felt the resentment of Boston officials. The National Education Association viewed the show’s theme as dangerous, ultimately leading to the program being temporarily banned from being aired in Boston. Four years later, the once-popular show was officially canceled following power struggles between the writers and the producers. 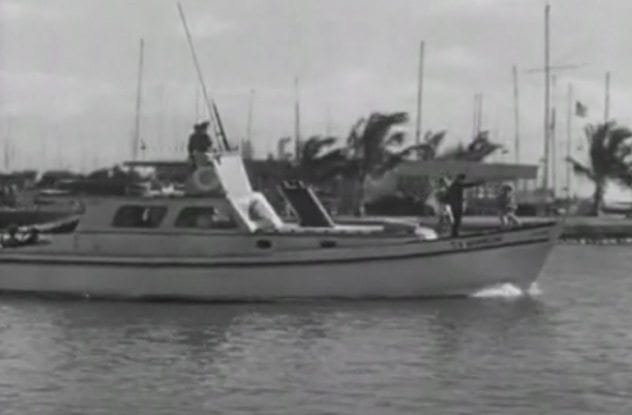 Like the rest of the nation, the entire Hollywood industry came to a standstill in the wake of President Kennedy’s assassination on November 22, 1963. Those in the performing arts felt close ties with Kennedy, and following his death, theaters closed, sitcoms and dramas were pulled, and production shoots were called off.

Vaughn Meader, a popular comedian known for his impersonations of the president, found his career in ruins after Verve Records halted the production of 100,000 copies of the comic’s upcoming album. The very first episode of Bewitched was slated to be filmed on that fateful November day, ultimately being postponed for a later date. Perhaps the most poignant reminder of the tragedy can be seen in the opening credits of Gilligan’s Island. As the SS Minnow sails out of the harbor, countless flags can be seen in the background flying at half-staff given that the filming of the show’s pilot took place the week of the assassination. 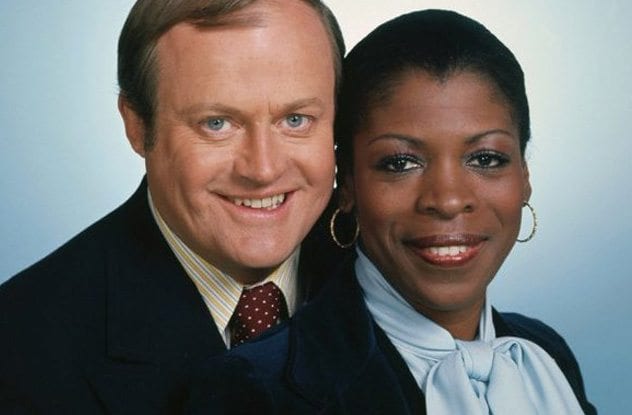 Television producer Norman Lear was always striving to take his shows a step further, testing the limits of his viewers as well as studio executives when it came to the provocative nature of his programs. He did just that in 1975 when, for the first time in television history, two regular cast members were partners in an interracial marriage. Although a white and black marriage was far from shocking in the 1970s, an interracial embrace between Roxie Roker and Frank Cover (neighbors of the Jeffersons) was certainly out of the norm for TV viewers.

In fact, studio executives at CBS were so concerned how viewers would react, they tried to have the kiss between Helen and Tom Willis edited out but to no avail given the persistent lobbying by executive producer, Fred Silverman. 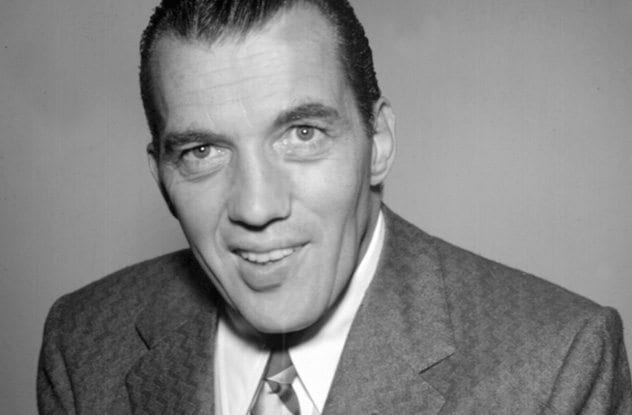 One of Ed Sullivan’s proudest moments of his iconic show that spanned well over two decades came in 1953 when Broadway director Joshua Logan asked to speak about his struggles with mental illness. Terrified of CBS’s reaction, Sullivan hesitantly allowed Logan to abruptly change the show’s running order to address his mental breakdown, subsequent recovery, and the stigma surrounding mental illness. Logan’s address with the audience was met with momentary silence followed by an exuberant applause.

In the weeks that followed, CBS received countless letters of appreciation, including one from a Pennsylvania judge who claimed that the show positively influenced one of his recent court decisions. In addition, funding for psychiatric hospitals increased due to Logan’s appearance, solidifying Sullivan’s opinion that “The Josh Logan Story” was the shows “peak” moment. 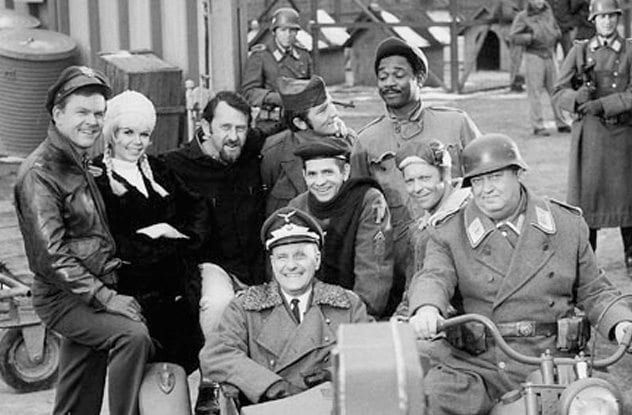 Hogan’s Heroes, which ran on CBS from 1965 to 1971 was set in a German POW camp during World War II. Although successful, the sitcom was heavily criticized, given the actual atrocities that were committed during the war.

Surprisingly, many of the actors portraying the dimwitted German Nazis were Jewish and all too familiar with the horrors of the war. Austrian actor Leon Askin, who played Gen. Albert Burkhalter, escaped persecution fleeing to France but lost his parents in a concentration camp, as did John Banner, who played the befuddled Sgt. Schultz. Parisian-born actor Robert Clary, who played master chef and French patriot Cpl. LeBeau, survived three years in a concentration camp. The death of Clary’s parents forever haunted him. As he put it, “Once in a while, I think how my parents died. They went to Auschwitz and directly to the gas chambers. Sometimes I see their last minute and it absolutely kills me.”

1Nixon Vs All In The Family 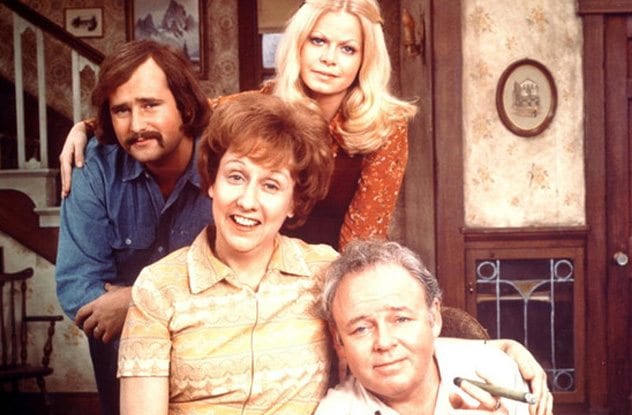 White House audiotapes seized by the FBI following the Watergate scandal reveals a paranoid and delusional president who believed homosexuals and Jews were destroying the country. However, nothing wound Richard Nixon up more than the hit show All in the Family. For reasons unknown, Nixon believed Archie Bunker’s hippie son-in-law, “Meathead,” was bisexual and the program was glorifying homosexuality.

Although there is no reference or any hidden innuendos that Rob Reiner’s character—who was married to Archie’s daughter—was gay, Nixon held strong resentment toward the show he felt was supported by communists and left-wingers in an attempt to ruin America. Nixon even went as far as to say that Aristotle and Socrates’s gay lifestyles contributed to the fall of Greece. 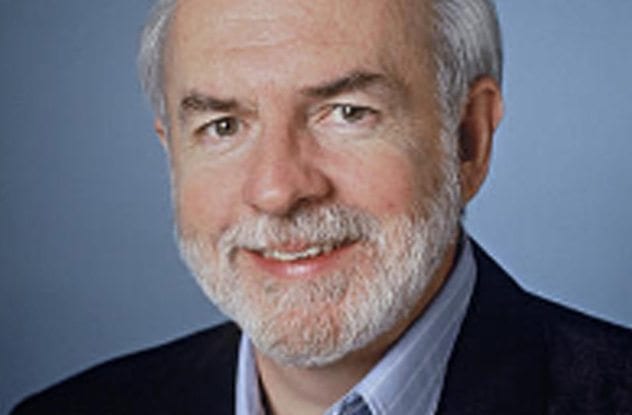 David Angell, creator, writer, and producer of classic shows such as Frasier, Wings, and Cheers, died along with his wife when their airplane—American Airlines Flight 11—crashed into the north tower of the World Trade Center on September 11, 2001.