Death is difficult for some to take. There are countless cases of people living with the remains of their loved ones months or even years after death. Often, these are tragic tales of the elderly and mentally ill who fear that reporting a death will have terrible repercussions. Sometimes, they are unaware of the presence of putrescence. Religious conviction, loneliness, and homicidal tendencies can all lead to cohabitation with corpses. 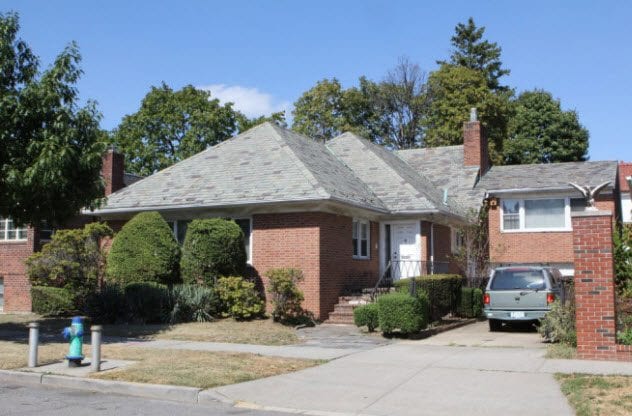 In September 2016, an elderly Brooklyn woman was found living with the corpse of her son, whom she had not seen in 20 years. Legally blind hoarder Rita Wolfensohn did not notice the remains among piles of trash.

Wolfensohn’s sister-in-law, Josette Buchman, discovered a “completely intact” skeleton on the second floor. Still clad in jeans, sneakers, and shirt, the corpse was lying on its back on a thin mattress. Authorities believe Wolfensohn was unaware that she was living with her son’s remains.

Garbage and cobwebs filled the second-floor bedroom where the body was discovered. As one officer said, “It looked like a garbage truck dumped its load.” According to police on the scene, the room stunk of rotten food—but not festering flesh.

Police believe that the remains are Louis Wolfensohn. Rita believed that Louis had moved out and cut off contact with her 20 years ago. As of early 2017, he would have been almost 50 years old.

On May 3, 2014, police discovered 88-year-old Gerald Gavan’s corpse under a tarp on the floor of his living room in Lafayette, Indiana. His wife, 55-year-old Ila Solomon, said that he had died five days earlier. However, the coroner’s report indicated that Gavan had been dead for over nine months.

For nearly a year, friends had asked about Gavan’s whereabouts. Solomon said that he was golfing or visiting the Grand Canyon. The stories grew more unbelievable, and an out-of-state friend contacted police to ask for an investigation.

Police arrested Solomon and charged her with welfare fraud, theft, and failure to report a body. Solomon indicated that she was keeping her husband’s body around because of his desire for a “sky burial”—a Tibetan funerary rite where scavenging birds devour the deceased.

According to Solomon, “He wanted me to open the door so the birds could come in, but the birds only got as far as the air conditioner.” 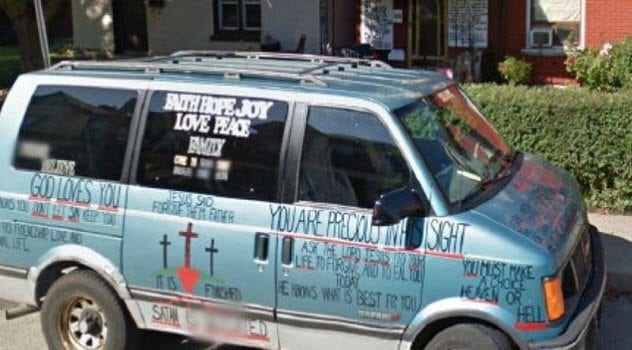 In 2014, a Canadian woman pleaded guilty to failing to notify authorities that her husband had died. Kaling Wald, 50, left her deceased husband’s corpse to fester in their Hamilton, Ontario, home for six months while she prayed for resurrection.

On September 17, 2013, a sheriff discovered the remains of Peter Wald when the sheriff arrived to evict the family after they defaulted on their mortgage. Peter Wald had died around March 2013 from diabetes complications. He had refused to go to the hospital, believing that God would cure him.

When Kaling’s husband died, she covered him in blankets, padlocked the door, and sealed the vents and door with duct tape. Kaling expected the eviction and packed Peter’s belongings, ready to move him to their next residence.

However, when they opened the sealed room, they discovered that the corpse had attracted rodents. Peter Wald’s remains were so badly decomposed that his body couldn’t be identified by a photograph. 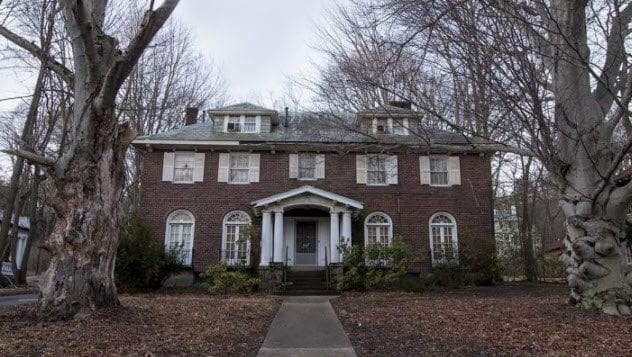 On December 14, 2016, police discovered the remains of a 67-year-old woman under the kitchen table in a $1.2 million Brookline, Massachusetts, home that she shared with her sister. An autopsy revealed that Hope Wheaton had died in July 2015. Her older sister, Lynda Waldman, had been living with the corpse for over a year.

Wheaton would occasionally fall and not be able to get up. Her 74-year-old sibling would “give her water and Fudgsicles until she was better.” This time, Wheaton never got better and Waldman had no idea what to do.

Massachusetts authorities described the Brookline residence as a “hoarding situation.” A neighbor noticed a foul smell emanating from the home and alerted her daughter-in-law, who investigated.

Over the past year, neighbors would ask about Wheaton but her sister would just ignore them. Police and senior services visited the home on multiple occasions for welfare checks. However, Waldman refused their help.

6 Ex-Pats Who ‘Lost Their Sense Of Reality’ 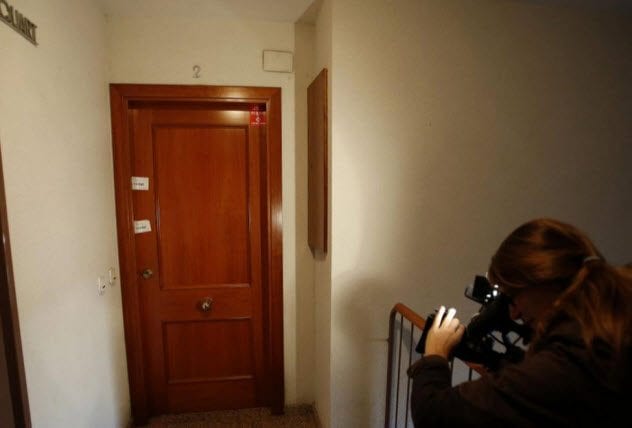 In January 2016, Spanish authorities discovered that an American ex-pat couple had been living with the corpse of their seven-year-old son for months in Girona, Spain. The revelation came after the landlord visited in search of unpaid rent.

Bruce and Shrell Hopkins had hidden their son Caleb’s death from authorities for over two months. Caleb had suffered from asthma. Following his death, the couple “lost their sense of reality.” According to prosecutors, “They could not accept that the child was dead.”

The couple has been charged with negligent homicide. The decision came after a judge discovered that they had refused to take Caleb to the hospital because they did not believe in conventional medicine.

The exact time of Caleb’s death remains a mystery. He was last seen alive at a birthday party on November 15, 2015. The couple, who are originally from Detroit, have two other children aged 12 and 14. Those children were taken into state care. 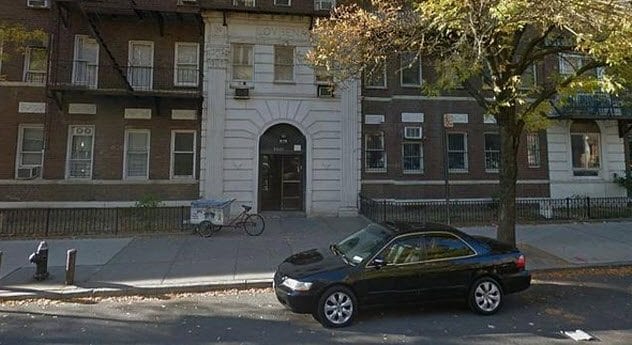 In July 2014, authorities discovered that a Brooklyn woman had been living with her dead mother’s corpse for over two years. A superintendent visited the apartment to check on a leak. Chava Stirn, 28, refused to open the door, so an emergency crew knocked it down. Workers discovered Stirn sitting in a chair surrounded by garbage piled waist-high. She claimed that her mom “left her there to die.”

A law enforcement source revealed that Stirn had set her mother’s skeleton on a pile of trash bags in the kitchen. Stirn would sleep beside the corpse, prop it up at the table, and dress the two of them in matching outfits.

Susie Rosenthal, 61, may have been dead for as long as three years. Stirn never left the cramped apartment and refused to let anyone enter. According to neighbor Malka Lerner, 41, they often heard strange noises inside, like Stirn repeatedly shouting, “I kill myself!”

4 ‘I Feel Differently About Death’ 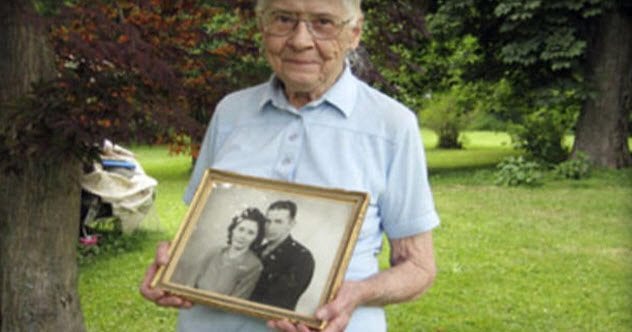 “Death is very hard for me to take,” explained Jean Stevens when Pennsylvania authorities found that she had been living with the corpses of her husband and twin sister for over a decade.

In 2010, authorities discovered that the 91-year-old had dug up the embalmed bodies of her loved ones and stored them at her house in Wyalusing. James Stevens, her husband of nearly 60 years, had passed away in 1999. Her twin sister, June, had died in October 2009.

“I feel differently about death,” said Jean, who had no compunction about applying makeup to or dressing up her twin in “her best housecoat.” According to the bereaved, putting glasses on June “made all the difference.”

She kept her husband on a couch in the detached garage, where he was dressed in a dark suit, white shirt, and blue knit tie. She found it comforting to have her loved ones there to touch, look at, and talk to.

3 Watching TV With A Skeleton 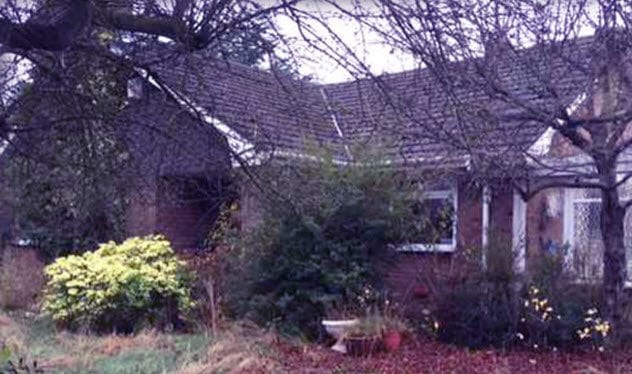 In 2015, a British man in Stafford was discovered living with his father’s corpse after a neighbor spotted the man watching TV with a skeleton. Kenneth Brown, 94, had died after a bad fall. His son, Timothy, 59, found him the next day. Rather than alerting authorities, Timothy placed his father in his favorite armchair. Kenneth was last seen alive in April 2014. His body was discovered in October 2014.

Timothy revealed that Kenneth had fallen during a fire in his bedroom. Timothy had placed his injured father in the armchair. Kenneth ate soup to regain his strength and appeared to be on the mend. However, when Timothy visited the next day, his father was dead.

After Timothy failed to report the death, it became more difficult to alert authorities as time went by. The advanced state of decay prevented coroners from determining the cause of death. However, they do not suspect foul play.

2 Everyone Thought He Was Strange 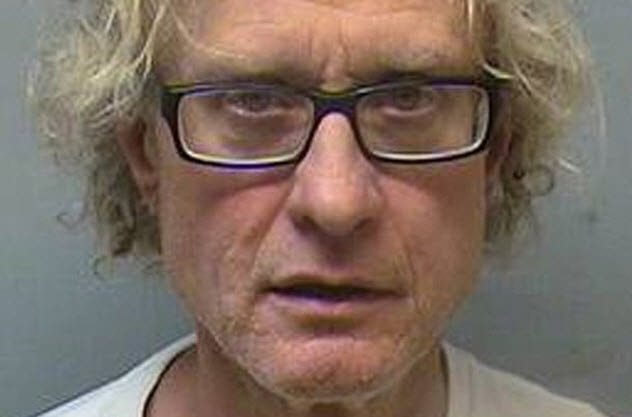 In 2014, authorities charged a Connecticut man with murder when they discovered that he had been living with his mother’s festering corpse for months. John Waszynski, 59, was found cohabiting with a badly decomposed corpse that took days to positively identify.

The autopsy ruled that 86-year-old Krystyna Waszynski’s death was a homicide from “neck compression and blunt trauma to the upper extremity.” Police became aware that something might be wrong due to a tip from Waszynski’s brother, who was prevented from entering the home.

John Waszynski inherited the Wethersfield ranch-style house from his Auschwitz survivor father in 2006. According to Waszynski’s neighbors of 10 years, no one even knew a woman lived there. Neighbor Kimberly Robinson said, “Everyone thought he was strange. You just got a creepy feeling from him.”

Police had previously been called to the residence after reports of a man wandering around outside naked. But no arrests were made at that time. 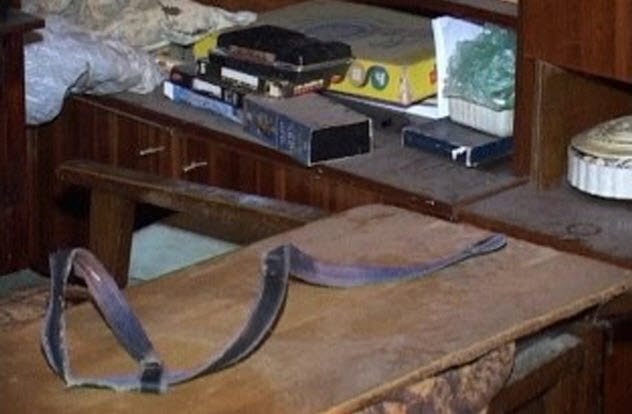 In late 2016, Kiev police discovered that a Ukrainian man had committed suicide after living with his mother’s mummified corpse for five years. Authorities entered the residence of the unnamed 46-year-old after neighbors complained about a water leak.

Upon arrival, police had to break down the door. They discovered that the man had hanged himself from the chandelier. They also found the desiccated remains of his mother hidden under a rug. The advanced state of mummification suggested that she had been dead for at least five years. Her remains showed no evidence of violence or trauma.

According to locals, the man was a quiet and unremarkable loner. Neighbors had been suspicious since his mother seemingly vanished half a decade ago. Initially, he said that she had moved to the country. He subsequently changed his story, indicating that she was living abroad with family. Investigations into the cause of the woman’s death are ongoing.

Dubbed the “Indiana Jones of folk music,” Geordie McElroy has hunted spell songs, incantations, and arcane melodies for the Smithsonian, Sony Music Group, and private collectors. A leading authority on occult music, he is also the singer of LA-based band Blackwater Jukebox.