Jobs. There are a million of them out there, and most have one thing in common: boredom. Turning human beings into mindless cogs in the machine, the soul-crushing tedium of modern occupations can be scary for sure.

But that’s nothing compared to the horrors endured by the workforces of yesteryear. Thumb though a history book, and suddenly, even the most run-of-the-mill job springs to truly terrifying life. Keep these vicious vocations in mind the next time you find yourself praying for five o’clock. 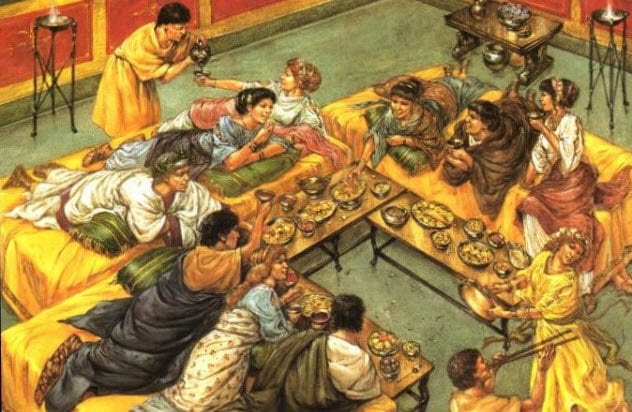 Waiting tables has long been the domain of struggling actors and those working on their screenplays; it’s sort of a holding-pattern profession, not something you aspire to. But the ancient world somehow found a way to make this most humble of professions even less profitable and even more degrading.

The wealthy of ancient Rome were fond of a good feast. They would attend lavish banquets and gorge themselves on wine and various delicacies, all served by slaves, until they simply couldn’t eat another bite. But what was a Roman aristocrat to do when a full belly came a little too early in the evening? They made some room.

Excusing themselves from the party, diners would occasionally force themselves to vomit in order to rejoin the feast (in a not-too-dissimilar manner to some of our own size 0 models and actresses). The downtrodden waitstaff—slaves—would then mop up the last course before returning to serve up the next. And they didn’t even get a tip. Incidentally, contrary to popular belief, the Romans did not purge themselves in rooms called vomitoria or vomitoriums—those were simply passages in an amphitheater. 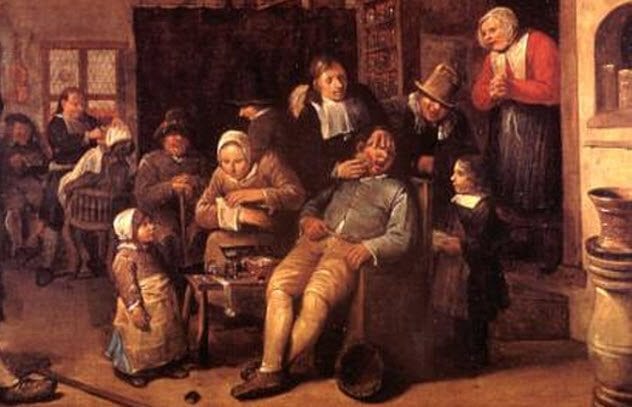 Between sweeping up other people’s hair and forcing boring small talk, the duties of a modern barber aren’t exactly glamorous. But luckily for those aspiring stylists out there, the last few centuries have done a great job filtering the unbridled horror out of a job that once left our ancestors scarred in more ways than one.

In addition to trimming hair, the barbers of medieval Europe held a host of other job titles. They dabbled in dentistry by extracting the rotten teeth of their clients. They played doctor by selling various primitive medicines, performing bloodletting, and even giving enemas. Though most shocking were the duties of the notorious barber-surgeons.

As the terrifying title suggests, these barbers made a living hacking open their customers. Barely trained and almost never literate, these maniacs’ attempts at medicine were little more than butchery.

It was common for bloodstained rags to be seen hanging from the walls of the barbershop, inspiring the iconic red-and-white poles we still see today. Luckily, barbers were forbidden to do anything but cut hair by King George II in 1745. 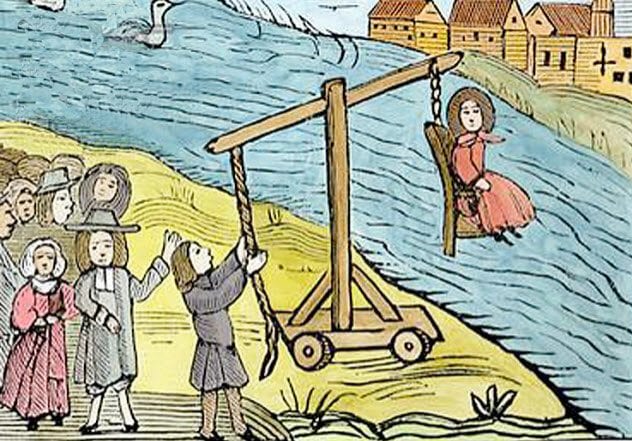 The gravest dangers facing barkeeps today are bad tips and the occasional drunken brawl. Other than that, it’s pretty cut-and-dried. Even if a mistake is made, the worst that can be expected is a demanded refund. But that wasn’t the case in 17th-century Europe.

During the Tudor era, it was common for brewers to sell their products directly to the alcohol-crazed masses. The ale went bad in a matter of days, so alehouses—or taverns—brewed their ale on-site to serve it as quickly as possible. This was a pretty efficient system, but the fact that nonprofessionals were handling the brewing often led to bad batches. People didn’t like bad batches.

Punishments for inferior ale were swift and bizarrely severe. In addition to fines, the offending brewer, which was traditionally a woman, would have her entire stock confiscated and distributed for free to the poor.

But strangest of all was the use of the “ducking-stool.” The “alewife” in question would be tied to a chair on the end of a long pole and submerged in dirty water. This primitive waterboarding was used on countless women whose only crimes were making a few bad drinks. 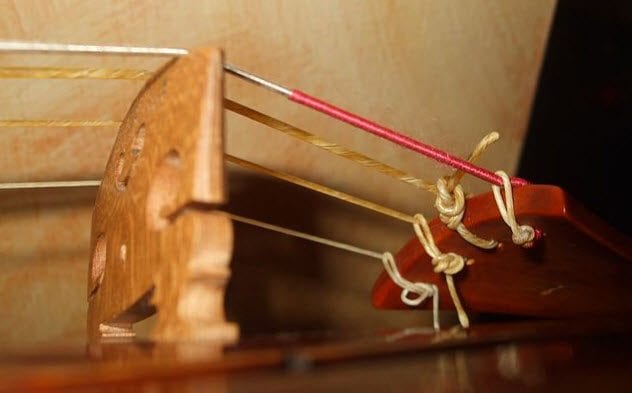 Modern instrument manufacturing is typically carried out like any other kind of modern manufacturing—on a cold, monotonous assembly line. Workers are essentially soulless living machinery, but the experience still beats the methods used in ages past.

Violin strings were, and occasionally still are, made of only the finest sheep intestines. Violin manufacturers would often set up shop right next door to the local slaughterhouse to get their hands on the grisly guts the moment they were cut from the sheep.

Then the manufacturers would cart their haul back to the factory and set about scraping out the feces, blood, fat, and slime. This would all be done by hand as the intestines were too delicate for machinery to handle.

After cleaning, the guts were wound up and dried to produce the violin strings. Ironically, this gruesome process was said to result in the most beautiful-sounding strings. If they were cleaned properly, that is. If not, they were known to begin rotting on the violin. 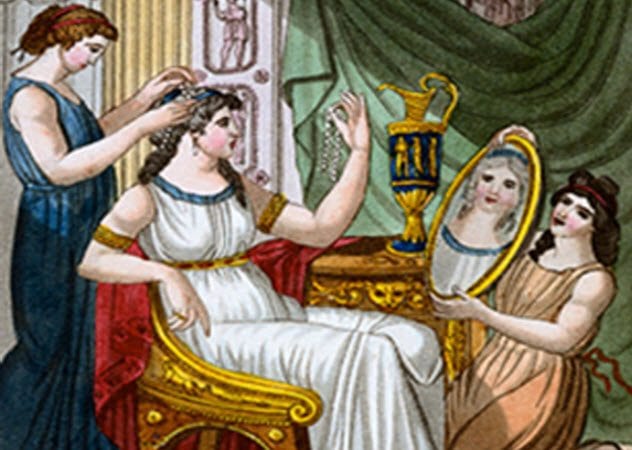 Modern hairdressing may be looked down upon by some, but the stylists of the ancient world were the targets of almost universal disgust. Far from their chatty, hairspray-blasted modern counterparts, hairdressers in ancient Rome were slaves who reeked of several less pleasant substances.

Called ornatrixes, these pitiable professionals spent their lives catering to the whims of the ultra-vain elite. The pressure was intense as a mistake meant a brutal whipping, but that still wasn’t the worst part of the job.

There were no hair products back in the day, forcing the dedicated ornatrix to improvise. Bile, cuttlefish ink, and even decomposed leeches were mixed to produce dark hair dye, but bleaching was even worse. Pigeon droppings and ash were slathered onto the scalp and then rinsed out with human urine.

However, the ornatrix’s worst days came from dandruff sufferers as the Romans believed that a flaky scalp could be cured with human feces. 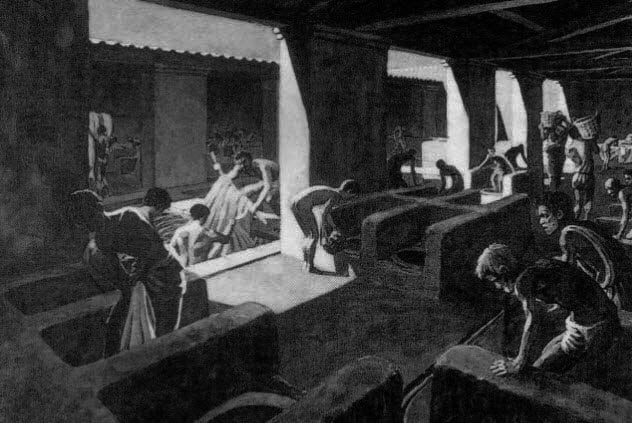 Aside from dry cleaners, you would be hard-pressed to find a laundry washing professional in modern society. Washing machines and detergents have made the task so easy that there really isn’t a need for a dedicated laundry person. But there used to be, and his job was truly disgusting.

Again, ancient Rome is to blame for the foulness of what should be a squeaky-clean profession. Large vats were a common sight on Roman streets, which acted as primitive public restrooms. Citizens would wander by, urinate into them, and go about their business. When the vats were full, they were hauled off to the local fullonica.

This building was the ancient equivalent of a laundromat. Workers would pour the massive jugs of strangers’ urine into large tubs with the dirty laundry. But that was only step one.

Next, they would stand knee-deep in the urine-filled tubs and stomp around to agitate the clothes. Ironically, the ammonia in urine is great for breaking down dirt and grease, making this a surprisingly effective process. 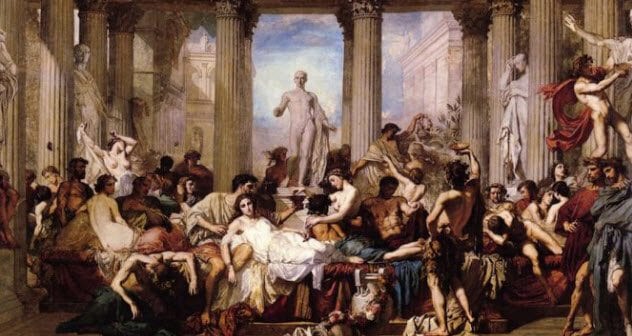 Whether it’s a graduation party, wedding reception, or just a weekend house party, a lot goes into crafting the perfect get-together—so much that many people choose to make their living coordinating such events. But odds are that none of them have ever been asked to plan a night of group sex.

3 Working In A Carnival 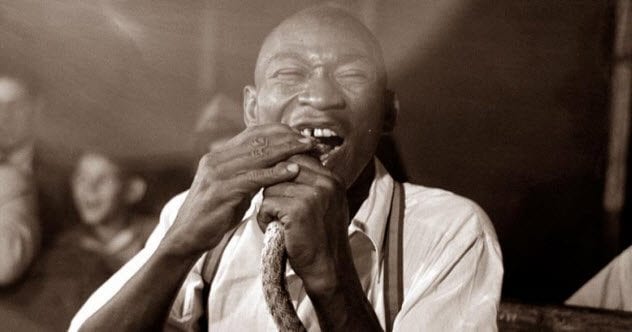 Working in a carnival is by no means a pleasant experience. Sitting outside, listening to screaming kids, and huffing fumes from the Tilt-A-Whirl isn’t exactly paradise. Luckily, today’s carnival goer is a bit more squeamish than his early-20th-century counterpart or it would be so much worse.

The word “geek” is usually used to describe the socially awkward, but it began as the title for a carnival performer. This performer did only one thing: He bit the heads off things, including snakes and rats but usually live chickens. Playing the role of a savage “wild man,” the carny shocked crowds with his gruesome and bloody displays.

But it gets worse. Obviously, very few would volunteer for this position, so carnival owners were notorious for finding homeless drug addicts for the part. The owners would simply offer the addicts their fix in exchange for a performance.

The addict was given a razor blade to sneakily cut the neck of the animal, making his job easier—at first. Once the “performer” was completely dependent on the owner, the razor was taken away, leaving the carnival with a brand-new geek. 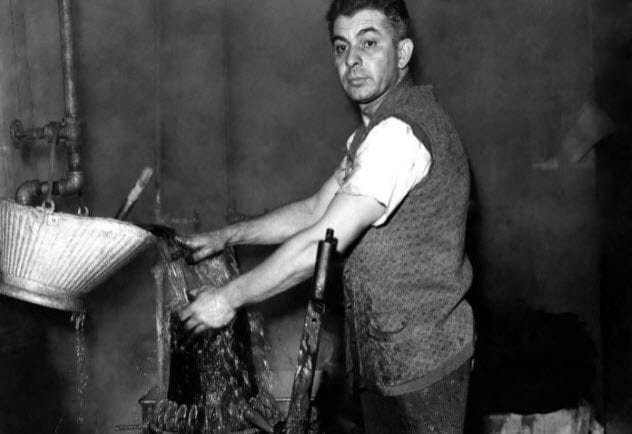 Like so many professions, the job of hatmaking has been simplified to the point of being phased out. Machines have replaced most of the workers, making modern hatters little more than glorified factory equipment. But that may not be such a bad thing.

The 17th century gave us one of the worst manufacturing innovations in history. “Carroting” was a hatmaking shortcut that allowed hatters to work their stiff materials into complex shapes more easily. By simply washing the fabric with mercury nitrate—which temporarily turned it orange, hence the name—the fabric was much more workable, cutting down production time. It seemed like a miracle—until hatters started losing their minds.

As it turns out, holding a mercury-soaked wad of cloth inches from your face for years isn’t the healthiest pastime. Breathing mercury fumes allows the deadly metal to build up in the body and attack the nervous system as well as the teeth and gums.

This led to a rash of “mad hatters.” Their poisoning led them to drool, lose teeth, shake uncontrollably, and eventually suffer permanent brain damage. This is actually where we get the phrase “mad as a hatter.” 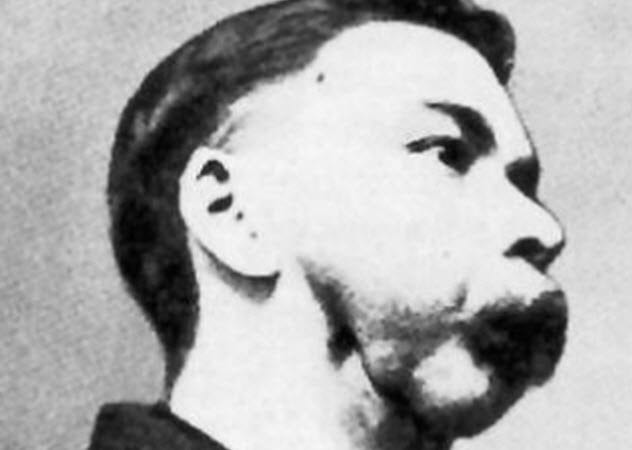 No one would argue that matches are dangerous. But barring a freak fire, how could making the tiny, innocuous sticks possibly be harmful? Just dip a few pieces of wood into some incendiary sludge, and call it a day. Sure, it would be tedious, but it’s easy money. Right?

Well, no. It turns out that one of the most gruesome workplace epidemics of the 19th and 20th centuries was suffered by workers producing “strike anywhere” matches. Yellow phosphorus—which we now call white phosphorus—was needed to produce these matches, and factory workers spent 10–15 hours a day handling the dangerous substance. However, its danger came not from the potential for burns but from the fumes it produced.

In 1838, the first case of “phossy jaw” was recorded. After breathing poisonous phosphorus fumes in a matchstick factory, workers began to experience intense pain and swelling in their lower faces. They started to lose teeth, and large, open sores appeared along their jawlines.

Both skin and bone rotted and fell away, leaving the hapless employee permanently disfigured. The only course of action was a complete removal of the jaw. Luckily, the early 20th century saw strict regulations, if not outright bans, placed on phosphorus match production.

Ian is a struggling writer who suddenly doesn’t feel so bad about that.