Urine is hardly something you’d call interesting or useful, other than for expelling waste from the body. In fact, you probably don’t give urine or urination much of a thought, other than when you’re doing it. And why should you? There’s obviously nothing interesting about it . . . or is there? In this list, we will be exploring ten facts about urine, some wonderful and some plain odd. We will be traveling through the past, present, and future to discover what makes this bodily excrement so special!

10 The Main Ingredient In Urine Is Used To Flavor Cigarettes 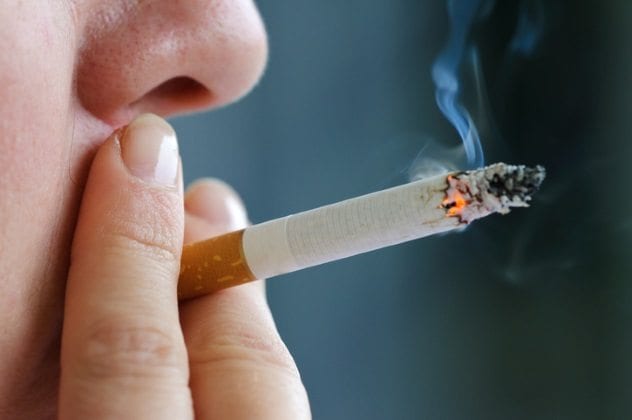 There are many reasons why you might not smoke cigarettes, some of the most obvious being that it’s highly addictive and gives you bad breath and yellow teeth, not to mention a long list of negative and possibly deadly effects to your health. But if that wasn’t enough, here’s one more:

Urea (aka carbamide), the main ingredient in urine, is used to enhance the flavor of cigarettes. Now don’t worry; it’s not as if the cigarette companies are having their employees simply wee into the tobacco mixture and then send it off to the consumer to be smoked. The organic compound urea is simply used in the production of cigarettes and can be synthetically created in labs.

Urea is a highly versatile compound used for things such as fertilizers, plastics, animal feed, and even explosives. It is also used throughout the human body and is involved in nitrogen excretion. Urea is the main nitrogen-containing substance in mammal urine.

So although you’re not actually smoking urine, the next time you go to light that cigarette, this might just make you think twice about what’s actually in it. 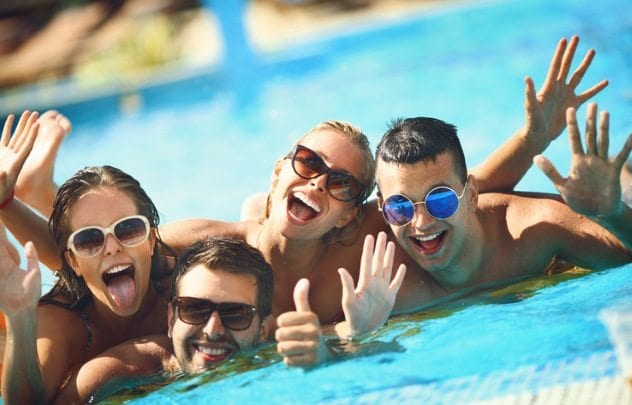 Everyone’s been to the local swimming pool, and everyone knows that some people pee in the pool, but it’s okay because the chlorine just cleans the urine away instantly. It’s better than going in the cold, salty sea. Well . . . not quite.

According to a survey, 20 percent of people who use swimming pools admit to urinating in them. Also, it’s a common misconception that the chlorine in the water turns your eyes red. It’s actually a mix of chlorine and urine, and that strong smell of chlorine you get when walking into a swimming pool area is from reactions between chlorine and all the bodily fluids people leave behind at the pool, e.g. sweat, urine, saliva, and perhaps even tears, after learning this information.

So the next time you think you’re playing it safe by swimming in a nice, man-made, sanitized pool: Think again.

8 Urine Was Once Thought To Be Sterile 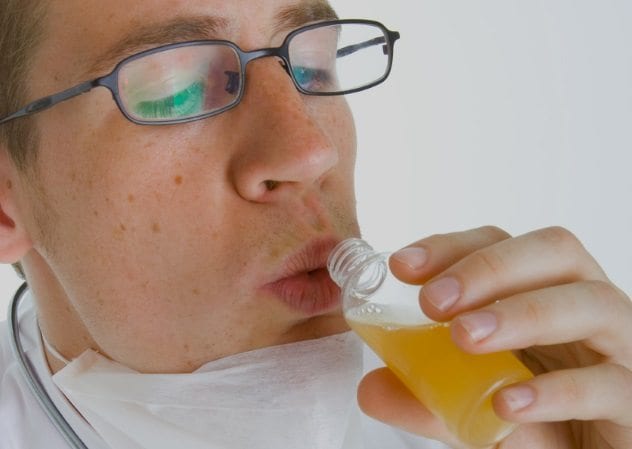 As hard as it may seem to believe, it’s quite a common belief that urine is sterile, and many health nuts swear by it and even drink it daily to detox their bodies.

Doctors even used to believe that because urine is sterile, they could easily diagnose someone with a urinary tract infection (UTI) simply by finding bacteria in their urine. However, new research has shown bacteria is actually present in most urine. This was found through a technique called expanded quantitative urine culture, which picks up bacteria not usually detected by other methods. This means that doctors will be able to find and identify UTIs much more quickly than before.

Oh, it also means those health nuts are drinking their own wee for nothing! 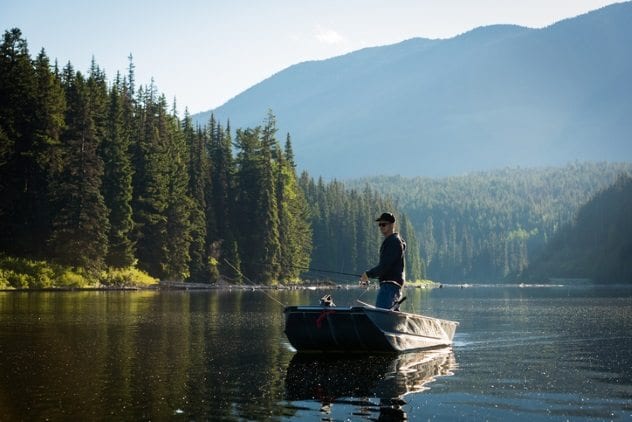 Anyone can die while urinating, but it seems to be a particular problem in Canada, and here’s why:

Canada is surrounded by three oceans and strewn with vast lakes and rivers, and its residents love the water. Most of them live close to some kind of body of water, and many take part in recreational activities, such as swimming, boating, and fishing. But it is with fishing that the act of urinating can become deadly.

So remember: When fishing, always take a bucket, and stick to coffee.

6 Rats Use Urine To Mark Food As Edible 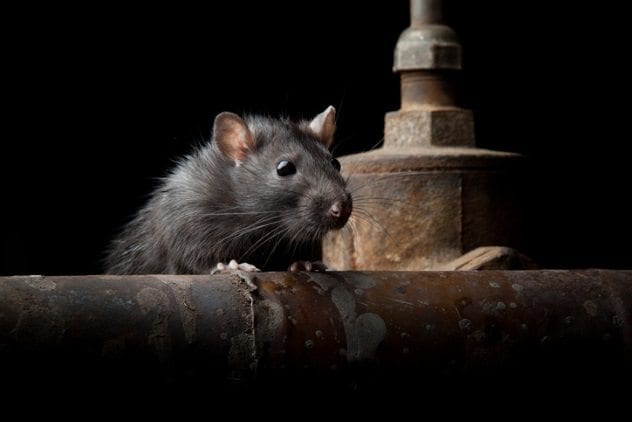 Rats are remarkable creatures found all over the globe, and they use their urine for many different purposes, from leaving a personal ad to attracting a mate to urinating on each other to pick a mate and mark territory. They also use it to mark food as safe.

This is especially true of rats that have a massively varied diet. Rats don’t have the ability to throw up, so they really have to be careful that what they’re eating isn’t poisonous, and one method for doing this is urinating on or near food that is edible. The urine contains an attractant that tells other rats, “I’ve eaten this, and it’s safe.” Other rats, mostly young ones, pick up on the attractant. Their affinity for the attractant wanes as they get older.

So it may seem pretty gross, but it’s better than being poisoned.

5 Urine Can Be Used To Whiten Teeth 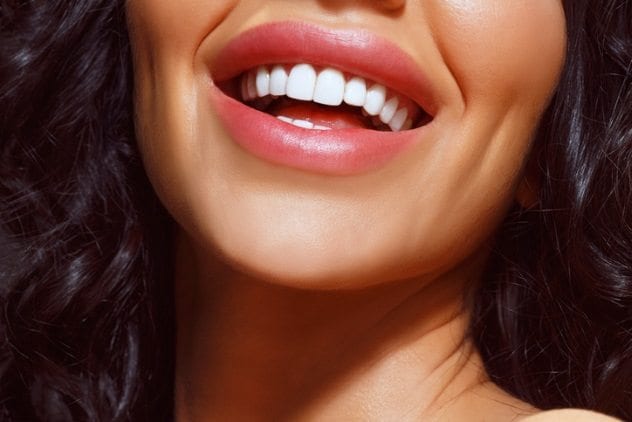 Ever wonder how celebrities get those pearly whites? Well, it’s probably bleach, but if you want a much cheaper alternative, look no further than your own urine, specifically the urea in it.

Urea really is a useful human waste product. When it breaks down, it creates ammonia, and when boiled and bottled, it develops a very high ammonia content. (You might want a gas mask for that.) Ammonia is popularly used in many antibacterial and household cleaning products as well as bleaching agents. You probably know its pungent smell (found in urinals worldwide). Urine was most famously used as a tooth whitener by the ancient Romans, but people still use this method today.

If you do decide to go with this rustic, cheap alternative, just remember to use some chewing gum afterward.

4 Using Urine To Fuel Your Car In The Future 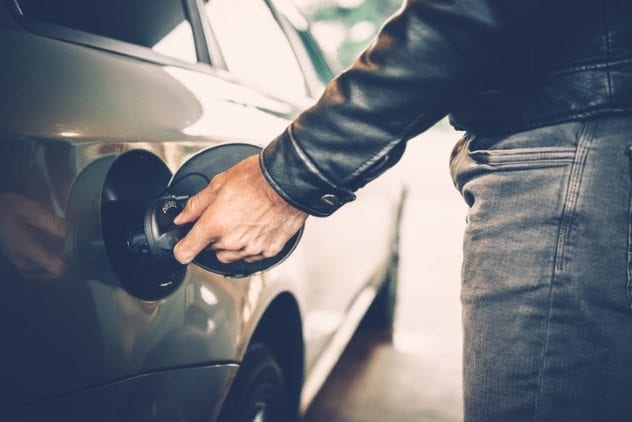 As you can probably already tell from this list, urine has a lot of uses. In the future, it could possibly revolutionize the way we fuel our cars and source renewable energies.

This ingenious idea comes from a scientist in Ohio named Gerardine Botte. Gerardine has developed a device called an electrolyzer, which uses less than half the energy of an AA battery to extract hydrogen from urea. The problem with using hydrogen as a renewable source of energy in the past was that it took a lot of energy to produce it. While it takes 1.23 volts to extract hydrogen from water, it takes only a mere 0.37 volts to extract it from urea. This is because the hydrogen is more tightly bound to the oxygen in water than it is to the nitrogen in urea.

The other problem was distributing the hydrogen, but with this new device installed in your car, you can simply wee into the tank, and the electrolyzer does the rest. And it’s really not that far off. “I believe we could have pee-powered cars capable of 60 miles per gallon on the road within a year,” says Gerardine Botte.

Imagine never having to pay those astronomical petrol prices anymore (although you may have to spend a bit more on bottled water).

3 Urine Can Be Used To Make Gunpowder 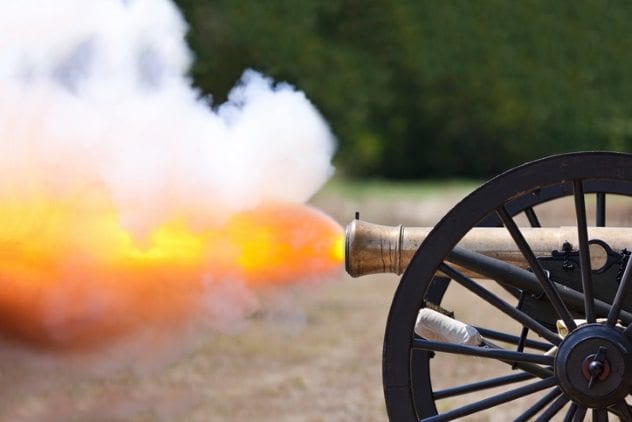 War—what is it good for? Apparently, finding a productive use for human waste is what it’s good for.

As guns became more and more ubiquitous in war, there was an increasing need for gunpowder, and making the gunpowder required the key ingredients. Gunpowder is 15 percent charcoal (which can be easily obtained from wood), 10 percent sulfur (which can be dug from around volcanoes), and 75 percent potassium nitrate (which is not as commonly found in nature).

While early gun enthusiasts had to scrape bat poo mixed with cave minerals off of cave walls to obtain their potassium nitrate, soldiers in the US Civil War needed a much larger and more efficient means of producing potassium nitrate. The answer to their problem lay in two processes involving urine, known as the French method and the Swiss method. The French method involved mixing manure with urine, ashes, and straw and tending it for up to a year, then filtering it through yet more ashes and some water. The Swiss method was much the same as the French, only the urine was filtered through stable floors into a sandpit underneath. It was then harvested and filtered in the same way as the French method.

So to add insult to injury, if you were shot in the Civil War, the bullet that hit you had essentially been propelled from a urine explosion. 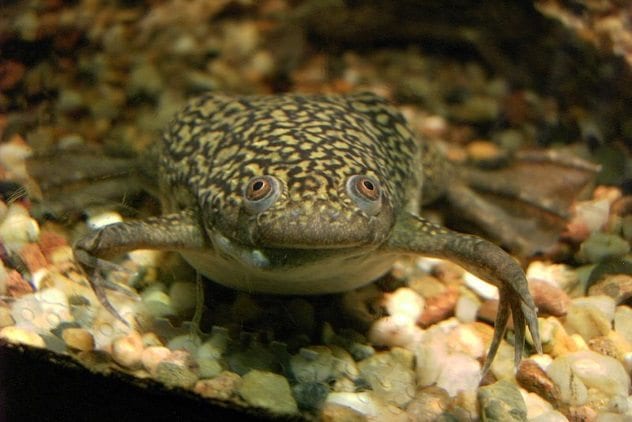 It may seem a little unorthodox, maybe even a little crazy, but until the 1960s, the only reliable pregnancy test was to take urine from a woman and inject it into a female African clawed frog.

It all started in the 1930s, with a scientist named Lancelot Hogben, who found that he could control ovulation in the frogs by using ox hormones. Tests like this had been done before but involved dissecting mice and rabbits and checking their ovaries, which was a lengthy process and hardly efficient. Amphibians had also been used before, but the significance of the African clawed frog was that it produced eggs all year round, unlike other amphibians, which were seasonal egg-layers and meant long waits for the scientists between experiments.

So these unlucky but special frogs were shipped around the globe to frog labs. Doctors would then also send their subjects’ urine to these labs. The scientists in these labs would then inject the urine into the frogs’ dorsal lymph sacs and wait for 12 hours. If the frog showed signs of ovulation and frog spawn was present, it meant that human chorionic gonadotropin was present in the woman’s urine and that she was pregnant. This procedure was known as the Hogben test.

1 Urinating On A Jellyfish Sting Will Not Help It 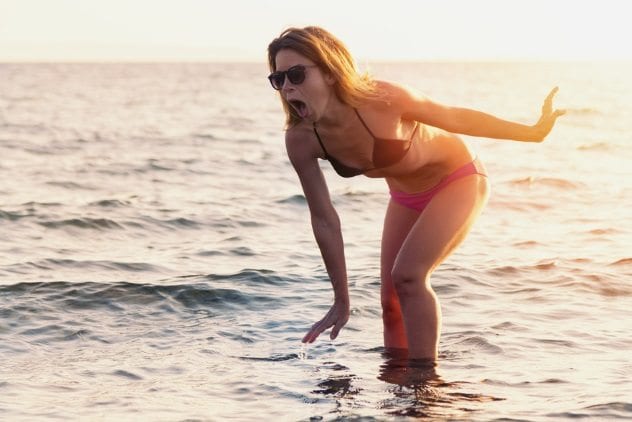 So you’re on a nice day out at the beach with friends, laughing in the sun and frolicking in the water. Then you get stung by one of those annoying, strange, and often scary creatures: a jellyfish. “Quick, someone pee on it!” may be your first reaction. This is probably the one time you can make such a request in public without raising too many eyebrows because everyone knows the antidote to a jellyfish sting is pee, right? Wrong.

The story goes that the acid in your urine will break down the jellyfish toxins and reduce the pain. This simply isn’t true. The fact is that your urine, even at its most acidic levels (depending on what you’ve ingested that day) is still not enough to neutralize the powerful, alkaline toxins. The only relief you may get from being urinated on is from the warmth of the urine having a soothing effect or perhaps the fact that someone urinating on you on a public beach is likely to divert your attention away from the pain of the sting.

My name is Jonathan Billington. I live in Scarborough on the East Coast of England. I love music, reading, and writing and have a general love for all things unusual and bizarre. I hope you enjoyed reading my list.