Anyone who has ever taken an English class or left a comment on a Web page knows the annoyance of having their grammar corrected. It’s an unpleasant experience for sure, but it turns out those grammar Nazis may be on to something. No, the world won’t come to a screeching halt if a kitten video commenter forgets an apostrophe, but every so often, a situation arises in which proper spelling and grammar are everything. For one brief moment, the fate of a reputation, a company, or even an entire nation can rest on one properly structured sentence. Unfortunately, we rarely know when we’ve encountered such moments until we’re cleaning up the aftermath. Take the following grammatical gaffes as proof that sometimes, proofreading really does matter. 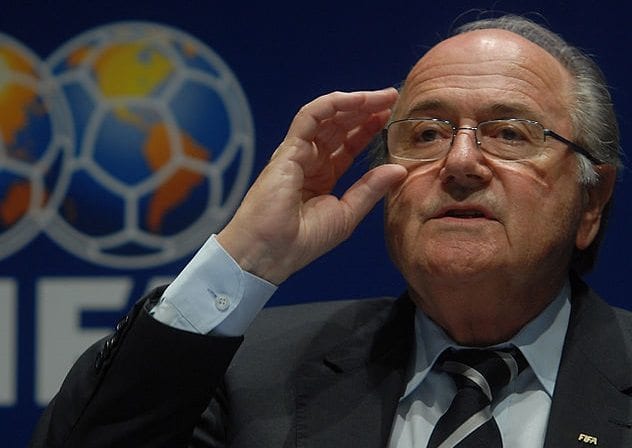 After FIFA president Joseph “Sepp” Blatter awarded South Africa the honor of hosting the 2010 World Cup, they decided to return the favor. The South African government bestowed an award known as the “Order of the Companions of O R Tambo” to Blatter for his kindness. However, when they announced that they were honoring him with the award, the world erupted into giggles rather than applause.

Apparently, Blatter’s leadership style had earned him a few enemies of the passive-aggressive kind. At some point, Internet vandals had taken to Wikipedia to take a few artistic liberties with his page. Then, with surprisingly little information about the man they were honoring, officials copied and pasted his name directly from the site for use on the award. That’s how the South African government ended up bestowing a prestigious award to Joseph “Sepp” Bellend Blatter. “Bellend” is a slang term for “penis” in many parts of the world and is most definitely not the FIFA president’s middle name. 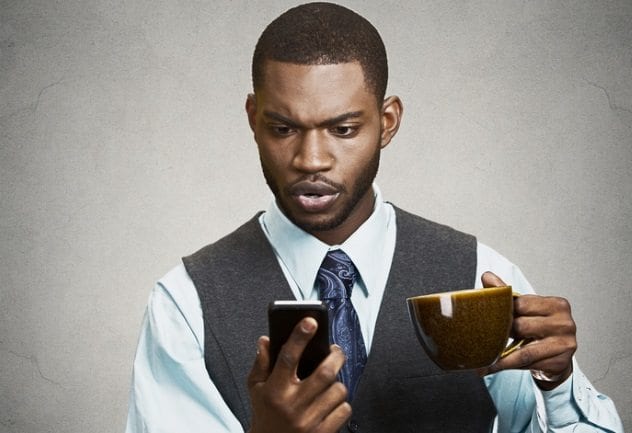 Social media is a blessing and a curse. Sure, people are now connected in ways that our grandparents would have found completely unimaginable, but that also means that every single thing we do has the potential to be seen by millions—including cringeworthy typos.

On October 8, 2013, President Obama’s senior advisor for strategy and communications, Dan Pfeiffer, was discussing politics with a few of his Twitter followers. After a few tweets back and forth about political polarization, Pfeiffer intended to respond with “also a much bigger factor on the right.” Unfortunately, his errant finger found not the “b” key, but its neighbor “n,” as he spelled “bigger.” He didn’t catch the blunder until after he’d sent it to his many followers, but he was quick to point out that it was “obviously a horrendous typo.” Still, it’s not the brightest moment in the career of the communications advisor to the first black US president.

If you have ever attended school and/or speak English, you’re probably familiar with Webster’s Dictionary. This behemoth of a book has been around in some form for centuries, and when it comes to writing, we literally take its word. Many take for granted that a word is only “real” if it’s in the dictionary, but the story of one bizarre little noun may shake that faith.

“Dord,” first published in Webster’s New International Dictionary (second edition) in 1934, is a scientific noun meaning “density.” Or at least, that’s what the folks at Webster’s would have had people believe. It turns out that during the research phase, a small index card marked “D or d, cont/ density.” was mishandled and misunderstood by pretty much everyone involved. The elaborate system meant to mark this as an abbreviation for “density” failed spectacularly, especially when it came to print spacing. In the end, “D or d” was crammed together and lumped in with the dictionary’s actual words. It was a nugget of utter nonsense in an otherwise respected book, and it stayed there for the better part of a decade before anyone noticed.

7 Japanese Executives Accidentally Give Away Their Own Company 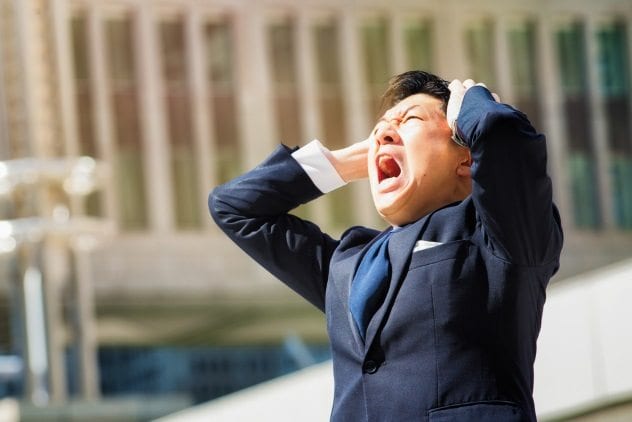 The world of stock trading is admittedly confusing. There are a lot of numbers flying around, people buying and selling, and fortunes being won and lost. In other words, it is the kind of place where you want to quadruple-check every single thing you write. Unfortunately, Japanese firm Mizuho Securities had to learn that the hard way.

When going public with their new company J-Com Co. on December 15, 2005, Mizuho executives intended to sell each share for 610,000 yen. However, due to a potentially suicide-inducing typo, they accidentally sold 610,000 shares (41 times what they actually had) for 1 yen each. Realizing their error, they tried to cancel several times but were basically told that in the stock exchange, “all sales were final.” So they were forced to sit and watch as they gave away their brand-new company, and then some, for pocket change. To add insult to injury, they had to pay customers for the nonexistent extra shares, an amount totaling $225 million. 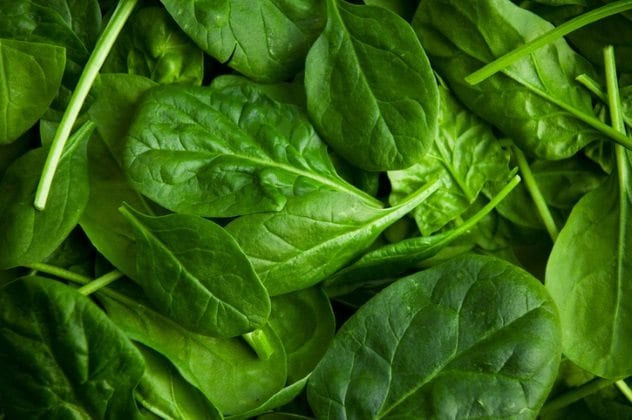 Everyone knows how incredibly healthy spinach is. From the moment we’re born, we have our parents, teachers, and doctors telling us that it’s a miracle food. Popeye, one of the most recognizable animated faces in the world, uses it to give himself full-on superpowers. Our society very nearly worships the leafy green vegetable.

But it’s a fraud, an ordinary food wearing an ultra-healthy mask. The misconception that spinach is the holiest of the vegetables comes to us from German chemist Erich von Wolf. In 1870, Wolf was researching the nutritional benefits of different foods, including spinach. While testing for iron content, he mistakenly placed the decimal point for spinach one spot too far to the right. This meant that the vegetable’s humble 3.5 grams was inflated to a staggering 35 grams.

Wolf’s fumble was taken as fact until 1937, when the mistake was discovered, and attempts were made to correct public opinion. But by then, the popularity of spinach-munching Popeye had solidified the vegetable’s undeserved reputation, and the rest is dinner-destroying history. 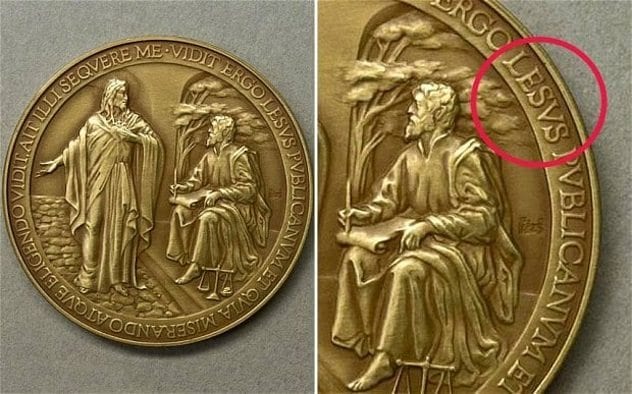 In 2013, the Vatican wanted to commemorate the beginning of Pope Francis’s papacy with a big, bold gesture. So, they commissioned a series of gold, silver, and bronze medals from the Italian Mint. These small tokens featured an image of Jesus with a Latin phrase that the new Pope found particularly inspirational. They were sold at the Vatican Publishing House in St Peter’s Square . . . for about five minutes.

It seems that a few people were asleep at the switch at the Italian Mint. Despite the many bizarre words in the medals’ incredibly complex Latin phrase, the only one that tripped them up was “Jesus.” Thousands of holy tokens rolled off the line with Christianity’s most revered figure’s name spelled “Lesus.” Even more bizarre is the fact that almost no one at the Vatican noticed. They went on sale with the glaring typo on full display, and four were purchased before the batch was yanked. Those four are now predicted to explode in value.

4 Google Accidentally Shuts Down the Internet 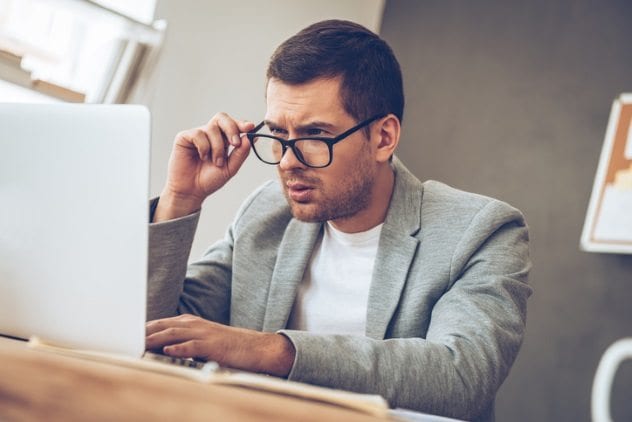 Google is pretty great; it connects us to the billions of Web pages out there quickly and efficiently and protects us from the malicious ones. That level of security is one of the reasons that Google is the mega-service it is, but it still isn’t perfect. Sometimes, the work required to police the flood of new content on the Internet means that programmer attention is spread just a little too thin.

Case in point—the morning of January 31, 2009. While updating the list of harmful sites, one Google employee accidentally listed “/” as a malicious site, which would be blocked by Google. If you have any experience online whatsoever, you will realize that pretty much every web address in existence contains a slash. What that means is that for about an hour, the entire Internet came to a screeching halt as Google prevented access to every single website. Visitors were turned away with a warning screen—and a complete block page if they continued anyway. Google soon corrected the issue, but for one brief moment, communication was set back decades. 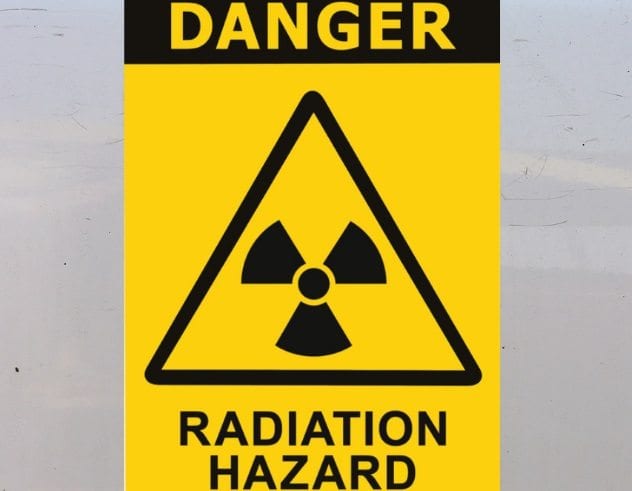 When it comes to advanced medical equipment, the last thing you want is a failure to communicate. Some of the contraptions we dream up to heal the sick can, if used improperly, make them much sicker. That includes contraptions like, say, a giant radiation gun.

The Therac-25 was a device from the 1980s that was designed to treat cancer patients with controlled bursts of radiation. Radiation is obviously extremely dangerous, so the machine came with a program to keep exposure strictly limited. This program came with a manual to ensure that the operator knew how to handle any issues.

But unfortunately, said manual was apparently written by someone with no knowledge of how communication works. The nonsensical word salad was completely confusing to doctors, so they more or less ignored it. When error messages popped up on the Therac-25, they just did what they thought was best. They ended up blasting patients with up to 100 times more radiation than is considered safe. Three died, leaving us with a sobering tale about the importance of writing skills. 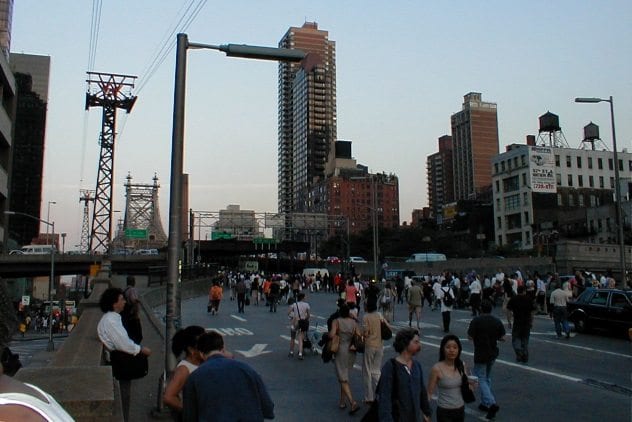 Life in a computer-controlled society is a double-edged sword. Sure, things are a lot easier with machines handling the monotony, but giving them too much responsibility can be devastating. All it takes is one typo in a computer’s millions of lines of code to completely cripple whatever system it’s handling.

And on August 14, 2003, that system happened to be the North American East Coast’s power grid. A misplaced character buried deep in an Ohio power plant’s XA-21 energy management system began a cascade of glitches that rippled across the Northeast US and into Canada. Within hours, other power stations were failing, and entire cities were going dark, including New York City. In the end, over 50 million people were left without power, communication, and infrastructure for roughly seven hours.

To make matters worse, the whole thing could have been avoided if one power plant employee hadn’t turned off an alarm. When the initial glitch appeared, the error alarm was disabled while it was “fixed.” The alarm was never turned back on, meaning when the bug acted up again, it remained hidden until it was far too late. 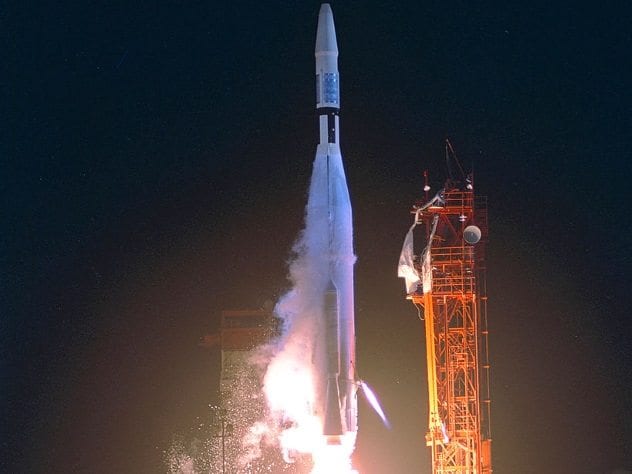 When someone wants to call something simple, they usually say something like, “Well, it isn’t rocket science.” There’s a reason for that: Rocket science is extremely complicated. There are a lot of complex calculations to be done and a million disasters just waiting to happen. Something as harmless as a symbol in an equation can wreck everything.

This is exactly what happened on July 22, 1962. The Mariner 1 space probe had just launched from Cape Canaveral for its journey to Venus. Shortly after liftoff, however, it became clear that something was wrong. The rocket carrying the probe began to veer off course, putting it into a path that would carry it not only to a crash landing, but one in a populated area. With no other choice, NASA officials sent a self-destruct signal, destroying the probe and spreading debris across several states.

So what went wrong? While coding the spacecraft’s guidance system, an inattentive programmer forgot something: a hyphen. A single missing “-” caused an $80 million dollar space project to literally go up in flames before it ever even left the atmosphere.