April 1 marks the day when pranksters come out of the woodwork for an annual joke fest. Young and old join in the fun, coming up with pranks to fool or embarrass their friends, family, and colleagues. Some Aprils Fools’ jokes have become a bit stale; others miss the mark. Some have even been known to land the pranksters in hot water.

However, even prominent and media organizations enjoy a good April Fools’ joke. Wealthy businessmen have also partaken in a little hilarity and reaped the publicity that followed. Probably because of the high standing of the pranksters, many people fell for their jokes. Some of them were so silly, though, that it is hard to understand how anyone believed them.

Does spaghetti really grow on trees? A BBC “documentary” in 1957 actually managed to fool some viewers into believing it actually did in an April Fools’ Day spoof. The respected UK broadcaster aired footage of a Swiss family harvesting their “spaghetti crop” from trees during a segment in a popular documentary series. The video showed the women carefully plucking strands of spaghetti from the “spaghetti trees” and then carefully laying them in the sun to dry. From here, they would be carefully packaged and sent out to supermarkets around the world.

The commentator then went on to explain the years of research and cultivation which had gone into ensuring that each strand of spaghetti grew to exactly the same length. Frost was apparently a major threat to European spaghetti farmers, as it could “impair” the spaghetti’s flavor.

The current affairs segment received mixed reactions. More serious viewers were annoyed at an obvious prank airing on a respected show. Others, however, were taken in by the joke, wanting to know where they could purchase their own spaghetti plant.[1]

9 The Aliens Have Landed 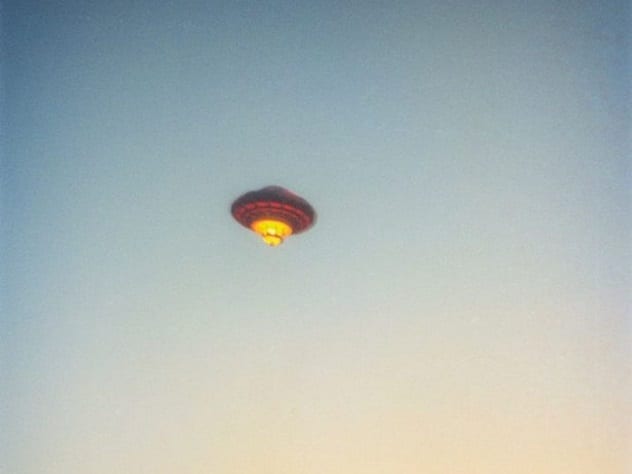 Virgin Group boss Richard Branson initially fooled even the police, who were called to investigate his 1989 April Fools’ prank.

The billionaire prankster collaborated with a hot-air balloon manufacturer to construct a balloon resembling a UFO. Early-morning London highway traffic stopped to witness the “UFO” flying overhead with lights flashing every ten seconds. Emergency services, the army, and national media were alerted to an impending alien invasion.

Landing in a Surrey field, the occupants alighted wearing elaborate space costumes. This reportedly frightened a policeman into a hasty retreat before he realized that he (and many others) had been the unwitting victims of an elaborate April Fools’ Day prank.[2]

8 Floating An Iceberg From Antarctica 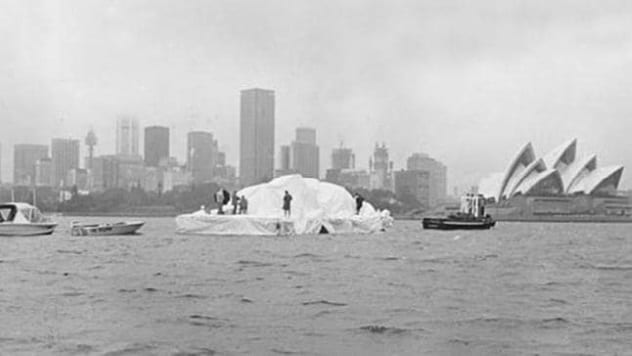 An Australian entrepreneur staged an elaborate April Fools’ prank in 1978 which initially sent the local media into a frenzy. Early-morning commuters were astounded to see a massive iceberg floating across Sydney Harbor. Crowds gathered to watch the spectacle, both on and off the water, while radio listeners tuned in to hear the drama unfold.

Young electronics entrepreneur Dick Smith had been briefing media in the lead-up to his stunt, ostensibly a scheme to aid drought-stricken farmers by floating an iceberg from Antarctica. Using fire-retardant foam and shaving cream sprayed over a white sheet, Smith floated the drought-saving “iceberg” through Sydney Harbor to much fanfare on April Fools’ Day.

The hoax was revealed when rain “melted” the iceberg.[3] 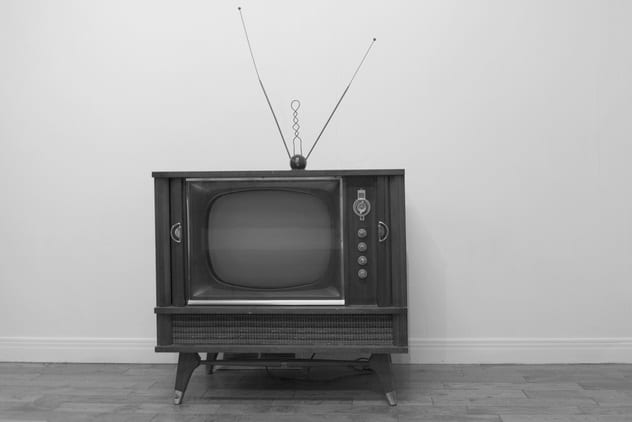 Color television was a long way off for Swedes in 1962. In fact, at the time, Sweden had only one black-and-white television station. However, on April Fools’ Day, a “technician” from the local TV station had viewers rushing for the lingerie drawer in a bid to watch their favorite programs in living color.

The broadcaster showed how simply placing a pair of ladies’ stockings over the TV screen would unlock the technology to magically turn the black-and-white TV sets into color. Once the pantyhose were in place, you needed only to move your head from side to side to make the color appear.

His use of elaborate technical jargon obviously fooled many, who were reportedly taken in by the simple yet funny April Fools’ hoax. It would be eight years before Sweden could actually enjoy real color TV technology.[4] 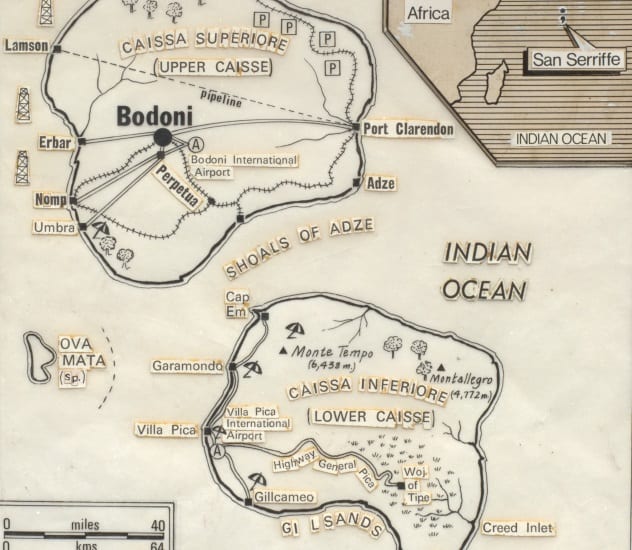 We are always on the lookout for new vacation destinations. So in 1977, when the UK’s Guardian newspaper ran a story on the islands of San Seriffe, their phones rang hot with readers wanting to know more about this exotic travel destination.

A seven-page supplement detailed the islands in the Indian Ocean. Maps showed the two islands of “Upper Caisse” and “Lower Caisse.” The article described the capital city “Bodoni,” home of the leader “General Pica.” Of course, anyone with any printing knowledge should have smelled a rat, as every single name in the elaborate hoax was a printing term. The islands were also shaped like a semicolon.[5] 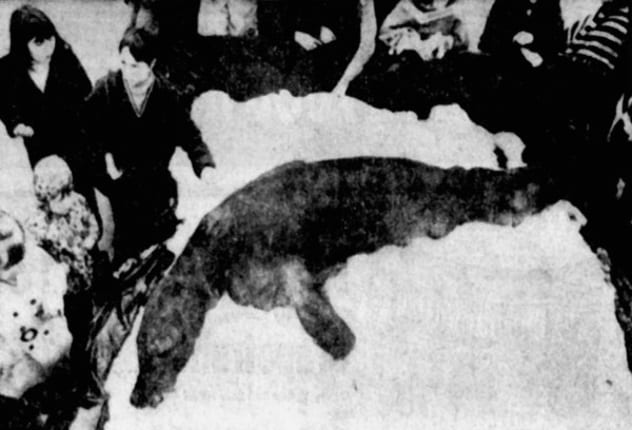 Photo credit: The Museum of Hoaxes

In 1972, newspapers around the world reported that the dead body of the Loch Ness Monster had been found. A team of scientists from a Yorkshire zoo had been on a research expedition when they came across the tragic find. However, it turned out to be an elaborate prank pulled by one of their colleagues, which gained a lot more attention than he had initially planned.

A large bull elephant seal had died at the zoo some weeks earlier. The zookeeper had seen the opportunity for a prank, shaving the seal’s whiskers and padding its mouth to make it look more “Nessie-like.”

The animal was then frozen and smuggled up to Loch Ness, to be thrown into the loch for his colleagues to find. The prank gained more attention than the joker intended when police chased down the English team’s truck so that they could retrieve Nessie’s body.[6] 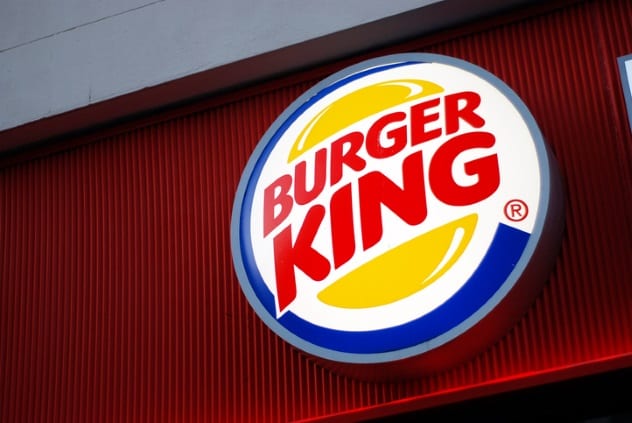 There are many items which left-handers struggle to use on a daily basis—scissors, can openers, and fountain pens, to name a few. But hamburgers? A well-known US fast food chain managed to dupe many burger-lovers in 1998 with their new “Left-Handed Whopper,” which would be much easier for left-handed patrons to eat.

Burger King placed a full-page newspaper add, showing how while the main ingredients of their popular burger remained the same, the condiments were placed on the other side of the burger to make it easier to eat left-handed. The joke seems so silly that it’s surprising how many patrons actually went into the restaurants asking for the new left-handed burger.[7]

In 2008, the BBC once again pranked their viewers with video footage showing a new evolution of penguins. Supposedly filmed on King George’s Island, the Adelie penguins were shown flying.

Presenters explained that the bitterly cold Antarctic conditions had caused the penguins to evolve. Rather than hibernating, they were now able to fly north to more tropical climates to enjoy winter in the sun.

A video clip of the “flying penguins” fooled many Internet viewers, who failed to discern the special effects used in the video. The British tabloid press seized upon the flying penguin story before the April Fools’ prank was revealed.[8] 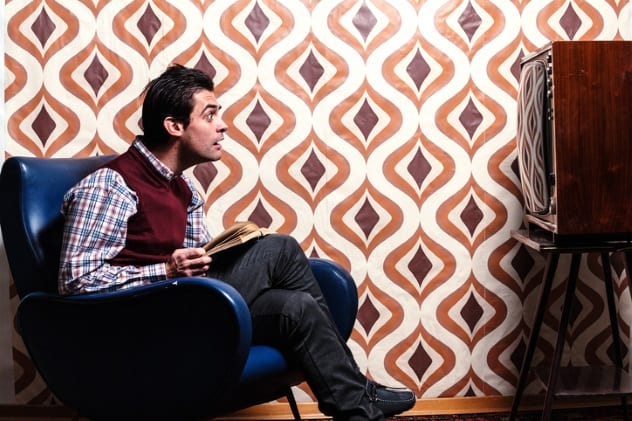 Another great April Fools’ joke which drew on the public’s general lack of understanding of television technology is “Smellovision.”

In 1965, the BBC interviewed a university professor who had reportedly made a breakthrough in TV technology which would provide viewers with a more interactive experience: By simply placing coffee beans and onions in his machine, the chemical reaction with the electronics would enable viewers to smell the aromas on their televisions at home.

This prank was incredibly far-fetched. Nevertheless, many viewers called the station to report that they had successfully smelled the scents on their TV sets.

1 Bringing Back The Woolly Mammoth 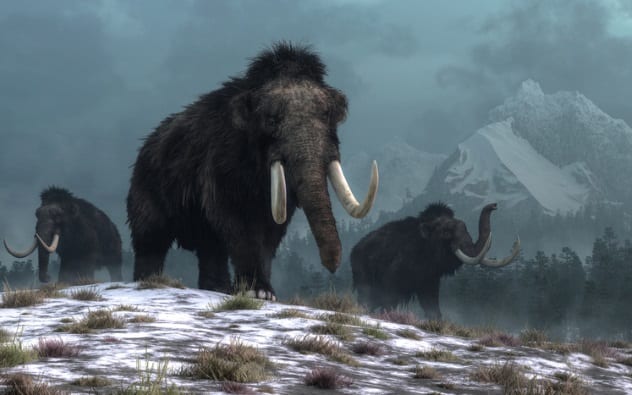 Readers of the MIT Technology Review in 1984 were sucked in by reports that scientists had brought a prehistoric animal back from extinction.

In “Retrobreeding the Woolly Mammoth,” the publication outlined Soviet scientists working with frozen mammoth DNA and elephant cells. The experiment was able to yield live mammoths, which gestated in elephant surrogate mothers.[10]

Several news organizations failed to identify the joke, going into great detail on the research facilities, future research plans, and the history of the prehistoric creatures.

Lesley Connor is a retired Australian newspaper editor who now provides travel articles for online publications and her own blog.