Suicide is an action that is hard to understand because, for most, all of our efforts and basic instincts aim to preserve and enhance the lives we live. A tragic choice, suicide not only ends the lives of those under intense mental and physical strains, but it also causes lasting trauma to the loved ones left behind. The ten people in this list felt so strongly that their lives were over that they chose incredibly thorough and often shocking methods of killing themselves. 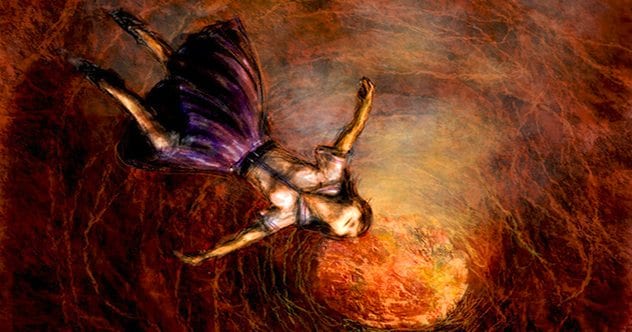 On February 11, 1933, student Kiyoko Matsumoto took her life by jumping into the Mount Mihara crater, Japan, from the platform that allowed viewing of the molten lava below. She died from a combination of the fall and the lava itself, which ranged in temperature from 1,450°F to 2,200°F (800°C to 1,200°C). Matsumoto had fallen for a fellow female student at Tokyo’s Jissan College, which was forbidden.

Although a few suicides had taken place from the observation platform over the Mihara crater, Kiyoko Matsumoto’s death captured the attention of the public, and 944 similar suicides occurred over the following year. A fence was erected to stem these deaths, but after 619 people still managed to take their lives, a larger barrier topped with barbed wire was constructed. 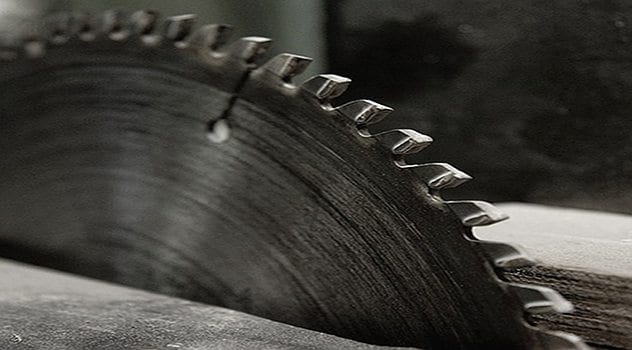 In 2014, a 30-year-old carpenter was overdue to return home to his family after the day’s work. His brother went to look for him at the carpentry shop where they both worked and found that the young man had killed himself with a router saw. He had removed the safety cover from the router saw and rammed his head into the spinning router blade, twice, causing two deep parallel cuts.

Both of the head wounds were deep enough to remove sections of the skull and brain tissue from the parietal and occipital lobes. He had no previous mental or medical history indicating previous thoughts or attempts at suicide, but he had been reported as unusually pensive during his last few days.

8Suicide by Shotgun and Forest Fire 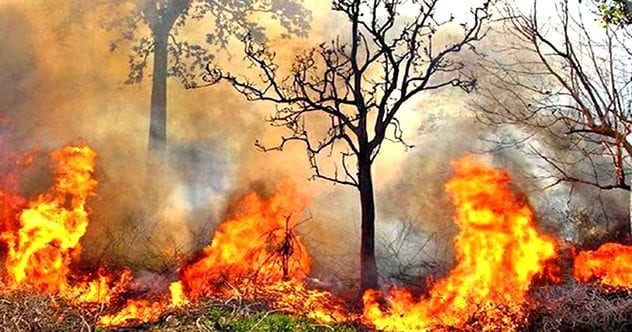 The night of March 8, 2010, in Kingston, Tennessee, Victor Gordon left his home and walked a quarter of a mile (400 m) into the woods. He rigged up a set of bungee cords to a fallen tree, securing a shotgun at his head level and enabling him to trigger it when he was ready. He then arranged a bag full of fire starter logs around the tree. Gordon got into position after igniting the starter logs, and as the fire grew around him, he triggered the shotgun.

Police and firefighters were called when Gordon’s wife spotted the spreading forest fire behind the house and discovered the grisly scene. Based on the findings, the death was ruled a suicide, but it is unclear why Victor Gordon chose to die.

7Suicide by Chloroform and Razor 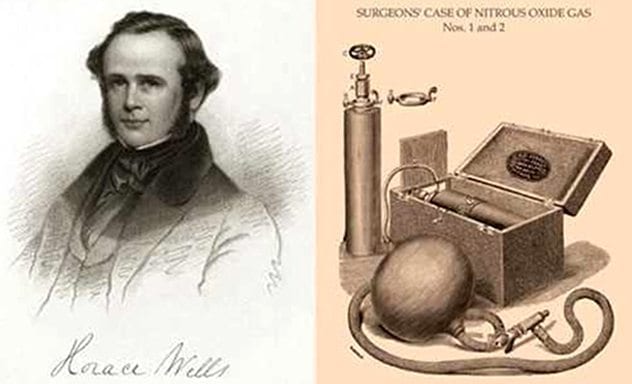 Horace Wells was a dentist in the 1840s who wanted to help people suffering the pain and decay of rotting teeth. However, he was on the edge of quitting after inflicting even greater pain from tooth extractions, which in those days were conducted without anesthetic. After witnessing an acquaintance who was high on nitrous oxide, or “laughing gas,” cut his leg and react with curiosity rather than pain, Wells saw a way out of his dilemma.

Volunteering as a test subject to have a troublesome wisdom tooth removed, Wells took nitrous oxide from a pig’s bladder and had a friend conduct the procedure. Feeling minimal pain, Horace Wells celebrated. He continued to use the nitrous oxide method, and once he mastered the dosage, Wells demonstrated his method to dental peers in 1845. But the mixture was off, and the demonstration was only partially successful. This failure led to many dentists gaining an interest in alternative methods, using chloroform or ether, which had more side effects but appeared more effective.

Horace Wells continued experimenting on himself and ended up addicted to chloroform. Celebrating overly hard on the night of his 33rd birthday, he got high on chloroform. His view of reality highly distorted, Wells grew paranoid and ended up throwing sulfuric acid on the faces and arms of two women on the streets of New York. Sent to prison, Wells requested his shaving kit, which also contained chloroform. On January 24, 1848, Wells breathed deeply of his chloroform stash and then used his straight razor to sever the femoral artery in his left thigh. 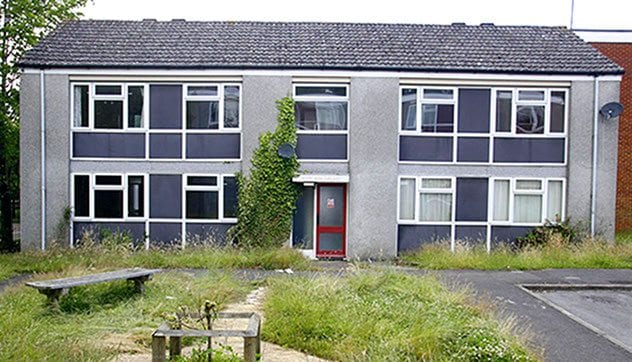 David Phyall nearly succeeded in completely beheading himself with a chainsaw on the night of July 5, 2008. He rigged up an electric Black & Decker chainsaw to the leg of a table in his home, taped the trigger in the on position, and then plugged it into a timer that he used for his lights. Consuming a small volume of alcohol, Phyall lay down under the table, covered his throat with a thin piece of cardboard to protect from nicks before the saw activating, and placed the blade of the chainsaw on the cardboard. Then he waited. Once the timer tripped, the chainsaw came to life and carved ¾ of the way through Phyall’s neck before becoming too clogged with material from his t-shirt.

David Phyall’s suicide was in protest to pressure to leave his home, which was slated to be demolished. His entire block on Bodmin Road, in Bishopstoke, England, had been emptied of all other residents who had accepted payment to leave their houses to make way for future construction. Phyall had refused 11 previous offers of payment and alternative living arrangements from his housing association. Despite his actions, Phyall’s block was still demolished after his death. 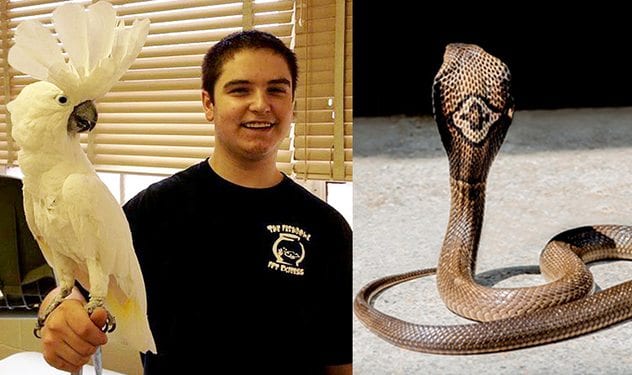 In a parking lot in North Austin, Texas, on July 14, 2015, Grant Thompson was discovered in a state of cardiac arrest. An employee of a pet store with a lifelong love of animals, Thompson was found with multiple bites from a monocle cobra that he had taken from the store. The young man showed no typical defensive wounds common in snake attacks, nor any indication he had pulled away from the striking cobra. The venom of a monocle cobra causes full-body paralysis, then the cessation of the lungs’ ability to function within just 30 minutes.

The cobra escaped the car from a door Thompson had left open for that purpose, but rescue workers still had to contend with a viper and numerous tarantulas inside the vehicle. The cobra was found dead on a nearby street days later, after being run over by a car. The young man had driven more than 70 miles (110 km) from his home before stopping in the parking lot, where he removed the snakes and tarantulas from their cages and enacted his plan. 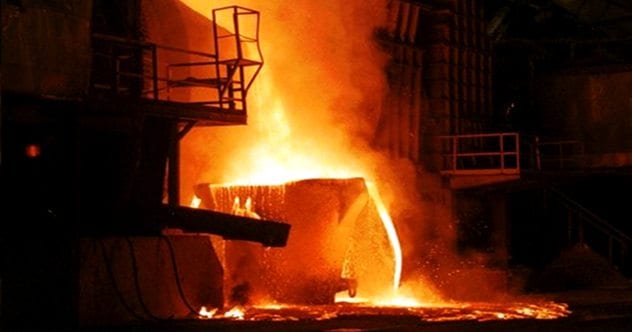 On November 6, 1854, 28-year-old George Towler, who worked at the Farnley Iron Company, chose a rather thorough and stunning method of suicide. Standing near a furnace filled with 50 tonnes (55 tons) of molten iron, Towler took a last look around the workplace then calmly jumped into the liquid metal.

For iron to melt, it has to reach temperatures above 2800°F (1538°C). It was said that all that was able to be recovered from the orange-hot iron was a portion of charred bone. This was all that remained of Towler to be buried at the church of St. Michael in the Farnley district of West Yorkshire, England. 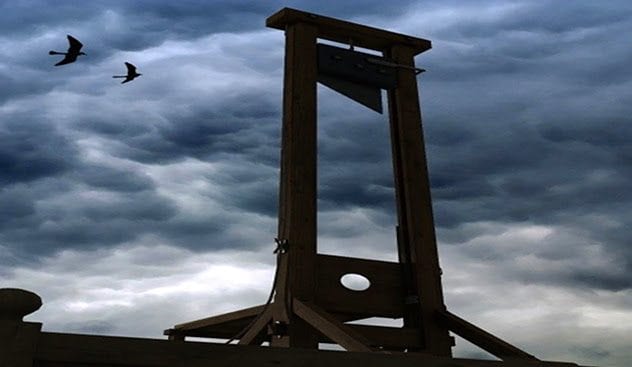 After months of dedicated construction work, Boyd Taylor committed suicide with an eight by three-foot (2.44 m x 0.91 m) homemade guillotine. Taylor had weighted the angled blade of his guillotine with a paving slab to ensure its lethality. The blade was raised and tied in place with a wire. An electric jigsaw was connected to a timer that, when activated, would cut the wire, allowing the blade to fall. A second string was hung in the path of the guillotine blade. This string was connected to a hammer, which would swing down and hit the switch on the timer, turning off the jigsaw after the guillotine had completed its grisly work.

On January 8, 2003, Boyd Taylor took 12 sleeping pills to ensure he was deeply unconscious and would not move out of position. He then activated the timer and laid down on his bed for the final time. At 3:30 a.m., the guillotine dropped and ended Taylor’s life. 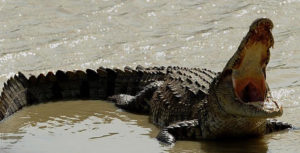 A Thailand woman chose to end her life by jumping into the jaws of a crocodile. Witnesses of the horrific suicide saw Wanpen Inyai jumping into a pond at Samut Prakarn Crocodile Farm and Zoo. According to reports, she took off her shoes before jumping into the middle of a pond said to be up to 3m deep that contained hundreds of adult crocodiles.

Staff tried to use long sticks to stop the crocodiles from attacking her. They, unfortunately, were unable to rescue her. Due to the lax safety rules of many Tahi tourist attractions, the woman was easily able to climb into the enclosure.

Apparently, Wanpen’s family had tried to file a missing persons report earlier that day after they discovered her disappearance, but they were reportedly told to wait for 24 hours.

Her death mirrored that of a woman who killed herself in 2002 the same way at the same farm, and another suicide reportedly took place a decade before that. 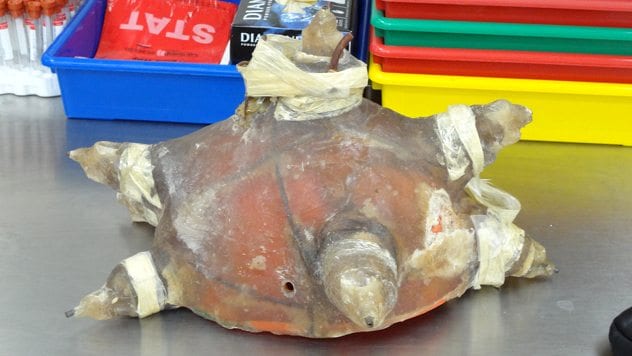 The full details are difficult to track down, but sometime in the 1970s, a troubled young man dedicated substantial time and ingenuity to build a helmet that would fire eight #00 shotgun shells, each containing eight .330″ (8.38 mm) lead balls, into his skull. The helmet was reinforced with a fibreglass and epoxy resin mixture. Wires, constructed from metal clothes hangers, led from an arc welder to nails set against the primers of the shotgun shells. When the arc welder was activated, the eight shotgun shells would fire simultaneously. The design even included the option to manually fire one of the shells if they all failed to fire electrically.

The arrangement of the shotgun shells was designed to ensure complete destruction of the brain and avoid the suffering of failed suicide attempts that can sometimes occur with shotguns. Three shotgun shells were positioned in the front of the helmet to fire through the frontal lobes. Two were situated opposite of each other, diagonally on the sides of the head, to fire through the temporal lobes. One was located at the rear of the helmet to destroy the occipital lobe. Finally, two shotgun shells fired down from the top of the helmet to penetrate the parietal lobes, down into the cerebellum and brainstem. The ingenious and terrible helmet functioned seamlessly just one single time, but that was all that was required.

Talk to Someone and Get Help
While such morbid topics catch our attention, suicide is a permanent choice, and there are better alternatives. If you or a loved one feel that they need to talk to someone due to suicidal thoughts or actions, here are resources dedicated to helping you:
• United States—National Suicide Prevention Lifeline—1 (800) 273-8255
• United Kingdom—Samaritans Helpline—08457 90 90 90
• European Union—Suicide Prevention Lifeline and Veterans Crisis Line—00800-1273-TALK (8255)

10 Studies That Prove You’re A Bigot