When we think of lawsuits, many of us picture attorneys in expensive power suits trying their cases in solemn courtrooms. It all seems so serious, with dramatic issues of justice on the line.

Then there are the less serious cases. We’ve all heard about the ridiculous incident where a man tried to sue Red Bull for false marketing after he discovered that the energy drink did not give him wings. Not surprisingly, he claimed that the drink had not enhanced his physical or intellectual prowess, either, even after a decade of gulping it down.

Here are 10 more ridiculous cases that have clogged the justice system over the years. 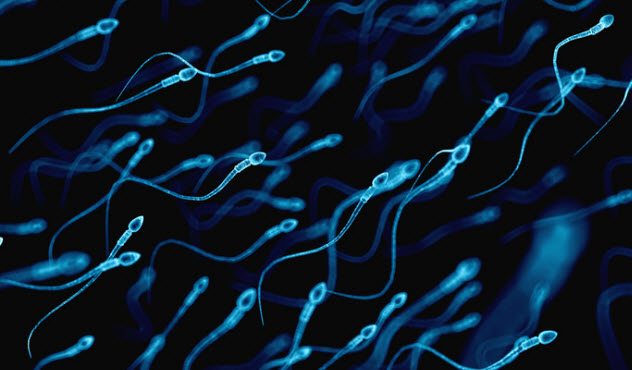 In 1998, a man from Albuquerque filed a lawsuit against his former girlfriend for impregnating herself without his consent. Plaintiff Peter Wallis accused defendant Kellie Smith of fraud and breach of contract for “intentionally acquiring and misusing his sperm.”

According to Wallis, Smith had given her word that she would use the Pill. Then she intentionally stopped taking it to have his baby. This resulted in Wallis being the father of a baby without his knowledge or consent to the plan. His plea for money was based on the grounds that he would have to pay the expenses to support a child whom he did not want.

On the defendant’s side, lawyers argued that Smith could not have “stolen” the sperm because it was transferred during a voluntary act. Therefore, it should be legally classed as a gift and Wallis no longer had any right of possession.

Upon hearing of the pregnancy, Wallis proposed to Smith and requested that she get an abortion.[1] However, Smith declined both offers and moved in with her parents instead. Contrary to Wallis’s argument that women have all the choices and that it wasn’t fair for him to have to pay up, Smith was within her rights with both rejections and therefore won the case. 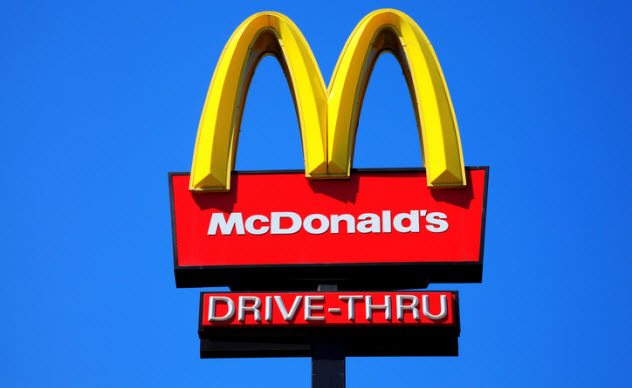 In 1992, 79-year-old Albuquerque resident Stella Liebeck was a passenger in her grandson’s car when they ordered coffee at a local McDonald’s drive-through window. The coffee was served in a Styrofoam cup with a plastic lid. Liebeck attempted to remove the lid so that she could add cream and sugar to her beverage.

She placed the coffee cup between her knees and peeled at the lid, which resulted in the contents of the cup being spilled on her lap. Unfortunately, the situation was made worse by her attire as her sweatpants absorbed the boiling hot coffee, held it against her skin, and worsened the burns. She suffered third-degree burns on her inner thighs and was hospitalized for eight days while she underwent skin graft procedures.

Upon filing the lawsuit against McDonald’s, Liebeck wished to settle for $20,000 to cover her medical expenses and lost income for her daughter (who took time off from work to care for Liebeck). However, McDonald’s refused the offer. The case unveiled a previous 700 claims over burns from the coffee between 1982 and 1992, some of which also included third-degree burns.[2]

Liebeck’s lawyers used this to prove that the organization was aware of the risks of the temperature of their coffee and tried to sue further for negligence. At the conclusion of the case, the jury awarded Liebeck $160,000 in compensatory damages and $2.7 million in punitive damages. The punitive damages were later reduced to $480,000 after information was given that the temperature of the coffee had been recorded wrong.

8 Defying The Laws Of Physics 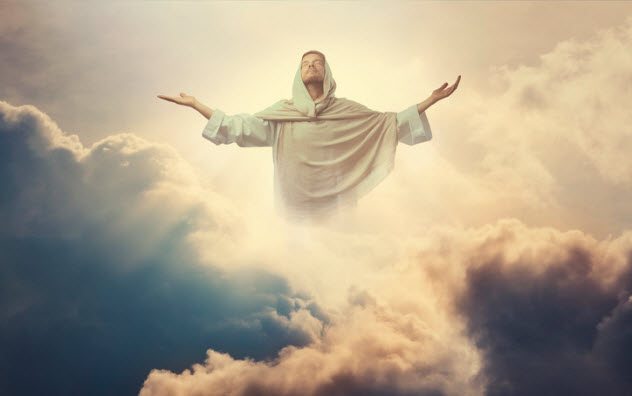 In 2005, Minnesota resident Christopher Roller sued illusionist David Copperfield for $50 million. Roller was convinced that he was God, and the acts of several magicians led him to honestly believe that they were stealing his powers and improperly using them to perform magic.

During the dispute, Roller addressed reporters to inform them that he would withdraw the lawsuit if Copperfield could prove how he performed his magic without using the powers of God.[3]

Following the dismissal of his lawsuit, Roller applied for a patent for exclusive rights to the use of godly powers on Earth. He argued that he is a god entity and that others have been receiving unethical financial gains from the use of his powers.

The former US Navy nuclear engineer stated in his application that he realized the potential of his supernatural gift when he noticed millions of spirits entering his soul in 1999. Obviously, the patent application was rejected. 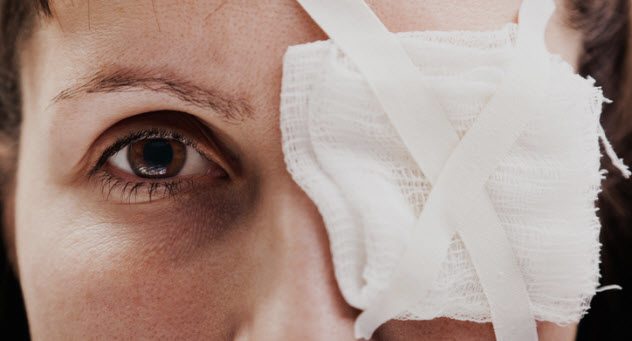 In 2008, 52-year-old Macrida Patterson, who was employed by the Los Angeles Department of Transportation, filed a lawsuit against retail giant Victoria’s Secret. The story behind her case is that she suffered damage to her eye after a metal fastener snapped off a thong and scratched her cornea, causing an injury that did not require surgery.

The plaintiff argued that she was using the product as intended by the defendants. However, there was debate about a sizing issue and the fact that the product had been worn and laundered several times.[4]

Patterson’s attorney said that the injury would affect his client for the rest of her life. Although Patterson sought compensation of at least $25,000 for lost wages, medical expenses, and damages, her lawyer stated that the case was not about money but about making retailers aware that they are accountable for the products they sell.

6 The Work Is Too Boring 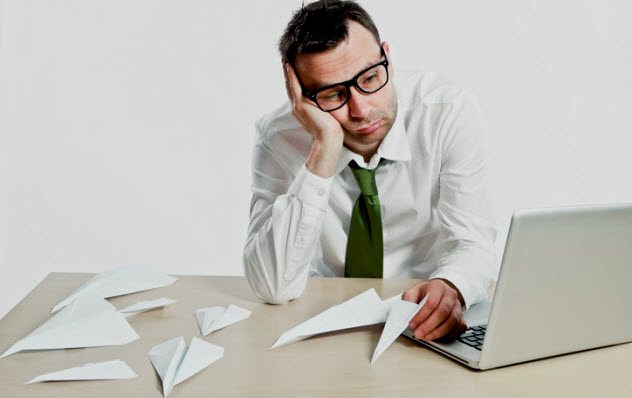 In a 2016 case, Frenchman Frederic Desnard filed a case against his former employer for 360,000 euros after using the phrases “descent into hell” and “nightmare” to describe his boredom levels at work. The defendant was French perfumer Interparfums where Desnard was an employee for eight years before apparently being forced out of his job by increased levels of boredom.

He believes that the company intentionally cast him aside after losing a major contract. Then, after seven months’ sick leave for health issues like epilepsy and ulcers, he was fired.[5]

The case went on to include workplace harassment by Desnard’s superiors, including name-calling and insulting duties like picking up their kids from school. Desnard’s lawyer stated that “bore-out” is considered harassment and that the company should be required to pay for any mental torment caused to their employee.

The case was finally considered by a labor tribunal in Paris. Although they were supposed to issue a decision on July 27, 2016, they set the case for a new hearing instead. 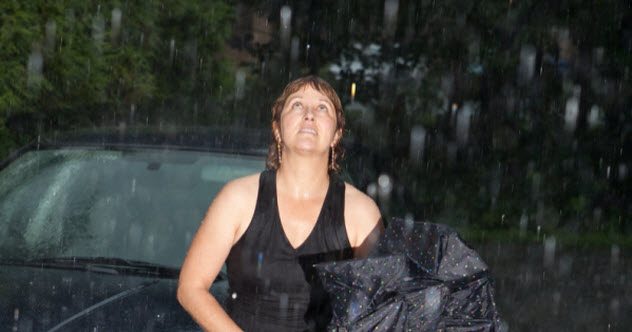 Ever been in one of those situations where you’re really looking forward to a day off that has been forecast to be sunny—and then it rains? An Israeli woman had this unfortunate experience, too.

However, instead of moving on with her day, she filed a lawsuit against the TV weatherman for malpractice. After hearing the weather prediction of a sunny day, the plaintiff dressed lightly. She got caught in a storm, contracted the flu, missed four days of work, and forked out $38 on medication.

For compensation, she sued for $1,000 dollars due to added stress. She also demanded an apology from weatherman Danny Rup. The TV station settled out of court and paid the woman $1,000. Oh, and Rup apologized.[6] 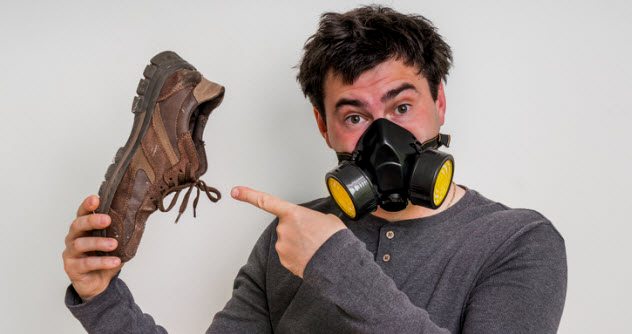 In 1999, Netherlands student Teunis Tenbrook was expelled from Erasmus University due to the smell of his feet. No joke. He was removed from the institution on the grounds that the smell of his feet prevented students and teachers from focusing and they could no longer be around him.[7]

Tenbrook, who had been studying philosophy at the time of the incident, filed a lawsuit against the learning institution so that he could be reinstated. After a 10-year fight in court, the judge ruled that the university had to reinstate the student and learn to deal with the issue of his smelly feet. No word on whether he ever graduated. 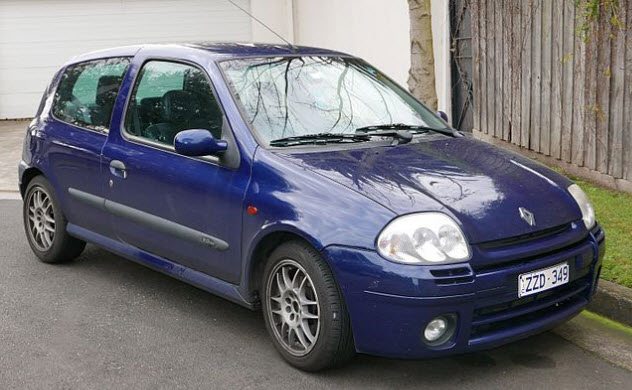 In 2000, Catherine McGowan, single mother and manager of a local video shop, called up a radio station to enter a contest that offered a brand-new Renault Clio as a prize. Little did she know that her prize was actually a toy model of the car, which left her infuriated and humiliated. So McGowan sued the radio station.

As a result of the lawsuit, Chris Constantine, the radio DJ behind the stunt, was sacked for breaching the station’s governing rules that competitions should be conducted ethically. The station manager then contacted reporters to admit that McGowan had been incorrectly led to believe that the competition was legit.

Luckily for McGowan, she won the case and was awarded enough money to buy a real, brand-new Renault Clio.[8] 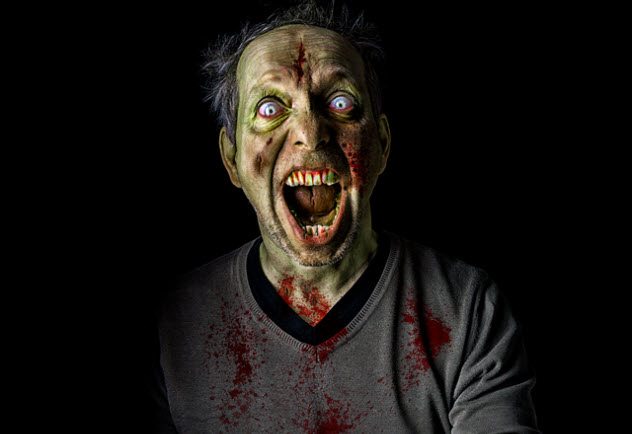 Every year, thousands of people cross the world to attend Universal Studios’ famous Halloween Horror Night. They expect fear, thrills, and excitement to be thrown their way. In 1998, Cleanthi Peters, however, was not ready for the fright she received, later claiming that she was assaulted by a chainsaw-wielding maniac.

She filed a lawsuit against Universal Studios for emotional and physical damage caused by one of their haunted houses, which she had attended with her 10-year-old granddaughter. After receiving a fright from the chainsaw-wielding man, the duo fled to the exit. Both slipped on the floor, which was moist from a mist used by Universal to cool visitors after their trip though the horror house.[9]

The suit demanded over $15,000 dollars for unspecified injuries and mental trauma. Universal settled out of court. 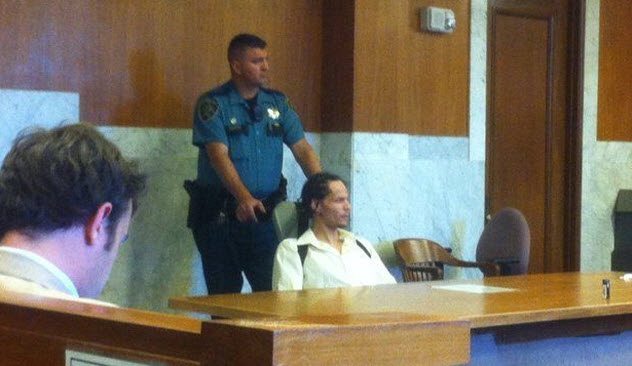 A judge was made to formally dismiss a $100 million lawsuit in which convict Sirgiorgio Sanford Clardy claimed that Nike should have warned him that his Air Jordans were a dangerous weapon in disguise. Clardy was given a 100-year prison sentence after stomping on the face of a man outside a Portland motel. The victim required stitches and plastic surgery on his nose as a result of the incident.

Clardy then made international headlines when he filed a suit to shift the responsibility for his attack on Nike for their alleged failure to warn him of the shoes’ dangers. The 24-minute hearing included a short response from Nike’s attorneys. They explained that there was no defect in the shoes and no danger of causing such grievous bodily harm if the sneakers were used as intended.

The judge denied Clardy a free attorney because it was a civil lawsuit. Eventually, the judge also had to ask Clardy to be quiet so that he could make a judgment. Although Nike obviously won the case, records show that they spent over $1,400 in court fees.[10]

Read about more crazy lawsuits on 10 Silliest Lawsuits Ever Heard In Court and 10 Bizarre Feuds That Should Have Been Laughed Out Of Court.