Few people choose to live in the Arctic, but those who do stay close to communities and shelters that can keep them warm and safe. There are a few unlucky souls, though, who have found themselves stranded alone in the barren wilderness of the Arctic. Many of them die, but some have struggled through incredible hardships—and survived.

In 1757, Bruce Gordon was thrown overboard when his ship was smashed between two icebergs. He landed on a sheet of ice and watched as his crewmates disappeared into the ice floe.

When he found his ship, it was floating upside down. Polar bears were feeding on the corpses of his shipmates. Gordon sneaked aboard and lived on the upside-down ship, collecting supplies and feeding off the rations.

Polar bears harassed him regularly. After Gordon killed an adult bear with a carving knife, a baby bear stumbled aboard. Gordon took it in as a pet. He taught the polar bear to fish for him and to scare away other attacking bears.

In time, Gordon’s ice floe drifted all the way to Greenland. There, he found a group of natives, the first people he’d seen in years. They saw an excited, haggard man rush over to them—with his pet polar bear following behind.

9 Gareth Wood Was Attacked By A Killer Seal 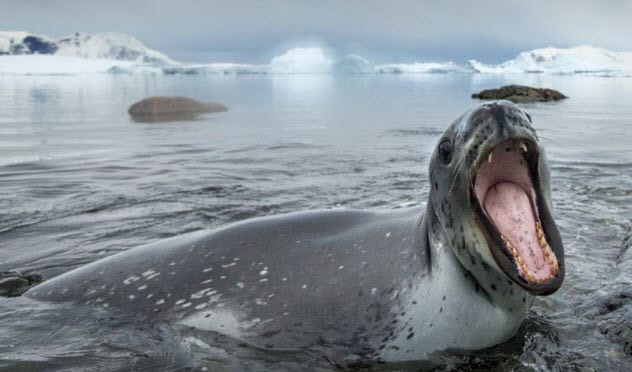 In 1985, Gareth Wood and his group of polar explorers were forced to make their way across a thin layer of ice. They were terrified that the ice would crack under their feet. Instead, the ice erupted and a massive leopard seal came crashing through.

The animal closed its jaws around Gareth’s right leg and tried to drag him underwater. Gareth’s companions started kicking the seal in the eyeball with their spiked boots. Eventually, the seal released its grip and dove back under the ice. But the second Gareth got up, the seal jumped out and attacked again.

When Gareth finally got away, he had to hobble his way back to the hut using his ice axe as a cane. There, he got medical help—and survived.

8 Peter Freuchen Made A Knife From His Own Feces 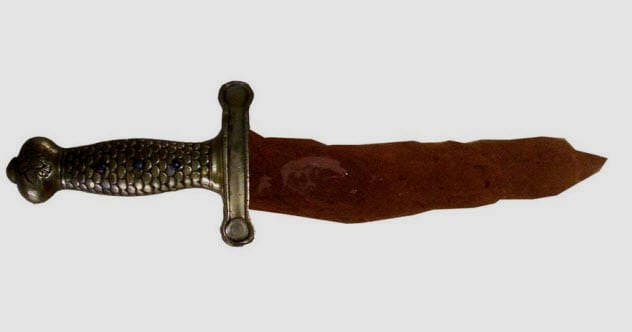 While traveling through Greenland in 1926, explorer Peter Freuchen was caught in a terrible blizzard. Unable to move through the heavy winds and blinding snow, he ducked for cover under a dogsled and waited for the storm to calm.

When he tried to move, he found he was buried under a thick layer of snow and ice. For 30 hours, he tried to claw and punch his way through. But it didn’t work. Desperate, Freuchen whittled his own frozen feces into a knife and used it to chisel his way through.

Freuchen then had to crawl for three long hours back to the base. His toes had already developed gangrene. So Freuchen amputated them using a pair of pliers and a hammer—and without anesthesia.

7 Bob Bartlett Walked Across The Ocean 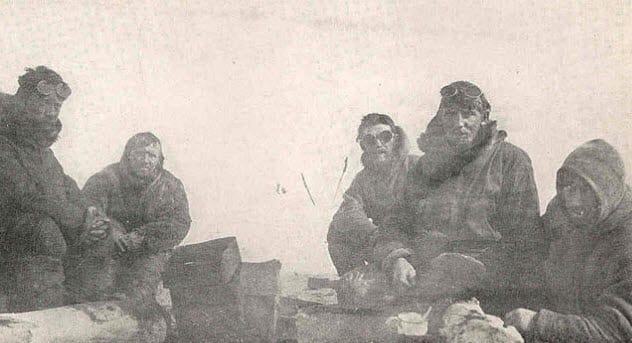 In early 1914, the Karluk had already spent five months trapped in an ice floe when an iceberg crashed into the ship and cut a 3-meter (10 ft) gash into the hull. Forced to abandon ship, the crew found themselves trapped on ice, unsure where they were or how to get home.

Captain Bob Bartlett sent out search parties, but they never returned. In time, Bartlett led the remaining group 128 kilometers (80 mi) to a nearby island for help. With his men too injured to go farther, Bartlett went the rest of the way himself.

Accompanied only by an Inuit hunter named Kataktovik, Bartlett spent 37 days walking 1,100 kilometers (680 mi) across frozen waters to Siberia. There, he found a Russian official who helped to arrange a rescue. By the time they found his crew, though, more than half had died. 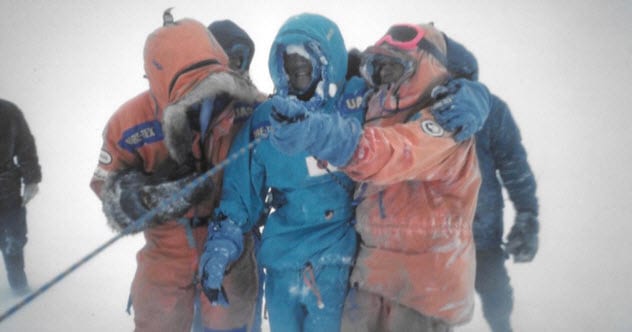 Wearing only a light wind parka, Keizo Funatsu stepped outside his camp for a second in March 1990 to feed the sled dogs. While he was out, the wind became so heavy that he couldn’t see anything but white. There was a very real chance that he could freeze to death.

Funatsu tried to call for help but could barely hear his own voice. So he dug a ditch and hid inside, hoping it would keep him warm. Meanwhile, his colleagues had tied themselves together with a rope 105 meters (340 ft) long and walked in a circle, hoping Funatsu would see the rope. With Funatsu in his hole unaware, the rope passed right over his head.

In time, the storm calmed enough for him to hear someone yelling his name. Crying with joy because he had survived, Funatsu climbed out and rushed toward his colleagues. 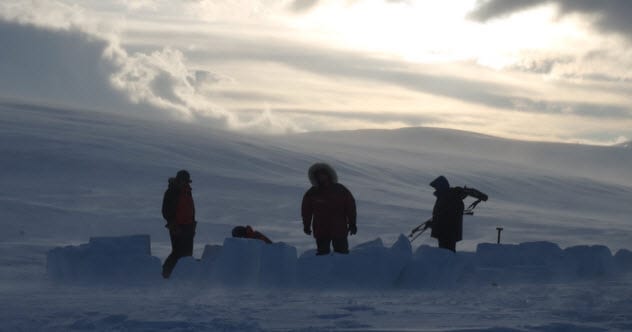 In early 2016, Pauloosie Keyootak and two family members had planned a snowmobile trip from Iqaluit to the neighboring town of Pangnirtung. This was the closest town to their home, and it was separated by 300 kilometers (190 mi) of frozen wilderness.

A snowstorm threw them offtrack. When they realized that they were lost, they had already burned through too much fuel to turn back. All they had with them was tea, sugar, one sleeping bag, and a knife.

The family made a shelter out of ice. Then they tried to survive by moving to keep warm and hunting caribou with their knife.

Eight days later, a rescue party found them after covering an area of 9,000 square kilometers (3,500 mi2). Keyootak had accepted that he would die out there, so he broke into tears when he was rescued. 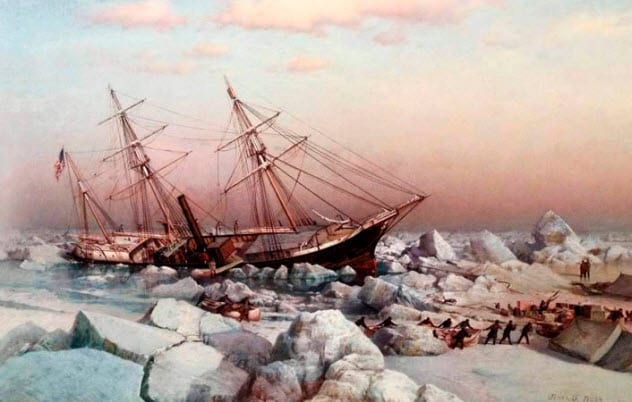 In the late 1800s, the USS Jeannette had spent nearly two years trapped in ice before the ice finally broke through the hull. The men evacuated the ship while it sank. Captain George W. De Long led his men to Siberia by walking across the great expanses of frozen sea.

They lost men along the way. But once in Siberia, De Long and his engineer, Melville, split the group into two parties to look for help. Melville and his group found Russian travelers who helped them reach civilization. Then they sent rescue parties to find De Long.

All they found was De Long’s journal, which listed the names of the men in his party and the dates on which they had died. None of De Long’s party made it. Of the 33 men who had started the journey, only 13 survived. 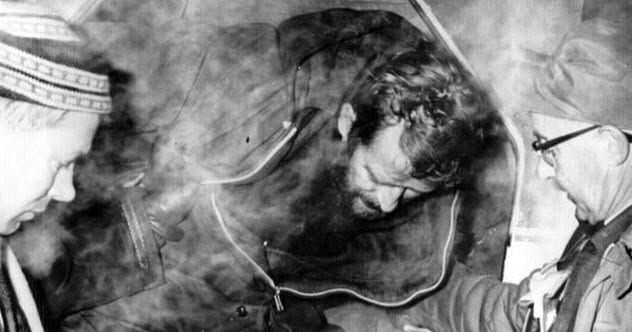 In 1967, Bob Gauchie was flying to Yellowknife when he got lost in a storm. With his plane running on empty, he had to land on a frozen lake miles away from civilization.

Gauchie survived alone in weather of -51 degrees Celsius (-60 °F), living off nothing but a box of frozen fish. At night, he and his plane were circled by wolves and ravens, which waited for him to die so they could peck at his meat.

When the wolves howled, Gauchie howled back. Slowly, he began to see them as the only company he had. In time, though, they moved on and Gauchie was hit with a horrible loneliness that he called the worst pain inflicted by the Arctic.

After Gauchie spent 58 days alone, a plane rescued him. 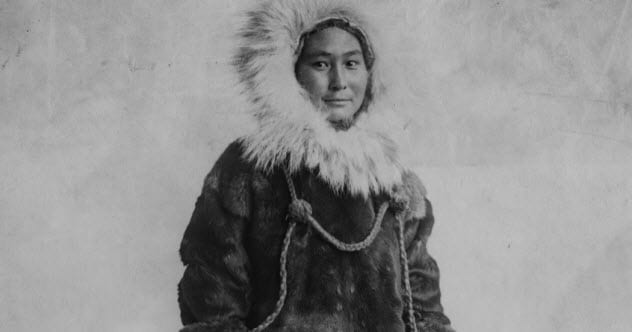 Ada Blackjack was a young, inexperienced Inupiat woman. She had never left her home, learned to hunt, or built an igloo. Still, in 1921, she and four white men were chosen by explorer Vilhjalmur Stefansson to set up camp on an Arctic island that Stefansson wanted to claim for Great Britain.

The group believed they could survive by hunting. But when winter set in, they began to starve. Three of the men went to get help, leaving Ada behind to care for a sick man. The men never returned, and the sick man died—leaving Ada alone in the wilderness.

Ada had to teach herself how to hunt to survive. She lived through harrowing experiences, such as having to flee from attacking polar bears. When she was rescued two years later, Ada was harshly criticized for letting the white man die. 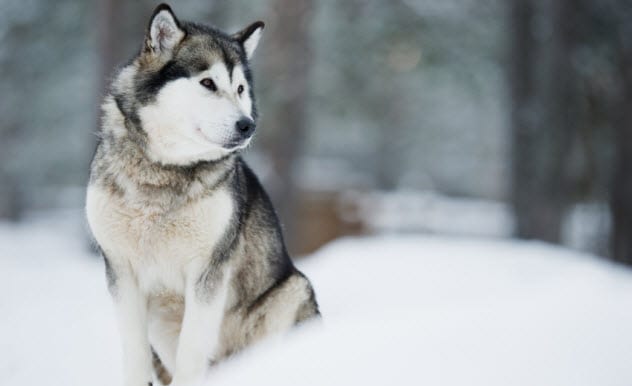 In the 1950s, the Canadian government forced the Inuit people to live in settlements. But some refused to go. One man was particularly insistent that he would live off the land as his people had before him. His family was worried that he’d get himself killed. They took away his tools to force him to come along.

Instead, the man made his own tools. Like Freuchen, he fashioned a knife from his own feces. This man, though, used it to butcher and skin a dog. He made a sled from the dog’s rib cage and a harness from its skin. Then the man tied his makeshift sled to a living dog.

His family watched in awe as he rode off into the wilderness on a rib cage sled with a feces knife tucked into his belt. For the rest of his days, the man lived in the wild. 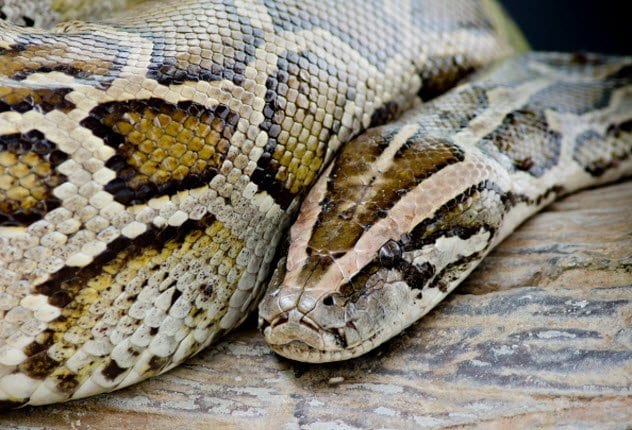 Read on for more tales of survival from the Listverse archives!

10 Reasons To Believe We Have Aquatic Ape Ancestors