The afterlife is a subject that both fascinates and terrifies. Where do people’s souls go when they die? Do some really die, see heaven or hell, then wake up to spend the rest of their lives telling others about what they saw, and what is waiting on the other side? Can those who are left behind communicate with the spirits of those who have passed away? Can the deceased leave messages or reach out and make their presence known to those still living? 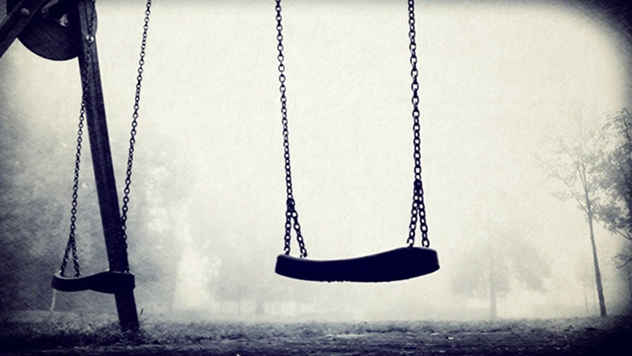 Jacie O’Brien was just four years old when her father lost his life during the 9/11 attacks. Not long after this tragedy, her mother Lisa found Jacie having a conversation, seemingly by herself, in an empty room in their family home. When she asked about it, Lisa was astonished to hear her daughter say that she had been “talking to Daddy” and that he was telling her knock-knock jokes.[1]

To confirm what her daughter was saying, Lisa showed the little girl a picture of her dad and his co-workers (all of whom also lost their lives that day) and Jacie was able to recite their full names, despite never meeting several of them. Jacie also told her mother that she often saw her dad on the swings in the playground when she was out playing with her friends. 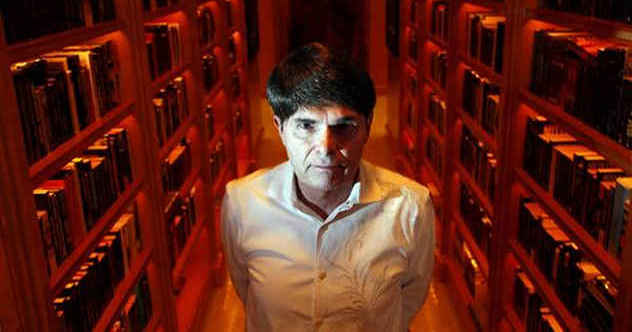 Author Dean Koontz is well known for his creepy horror novels. Back in September 1988, Koontz came very close to being a protagonist in his own real-life horror story. Sitting at work, he received a phone call from a woman. She sounded far away, like the connection was very bad, but he could hear her say “Please, be careful.”[2]

He demanded to know who was speaking, but the female voice just repeated the words three more times, her voice fading with each sentence. Koontz reflected on the phone call, certain that the voice sounded just like his mother’s. However, he knew it could not have been her since she had been dead for almost 20 years.

Two days later, Koontz visited his father at a care facility to try to talk some sense into him. His father had been displaying violent behavior, such as punching another patient, and Koontz was to have a talk with him.

As soon as Koontz entered his father’s room at the facility, the man grabbed a fishing knife and attempted to stab his son with it. Managing to wrestle the knife away from his father, Koontz left the room and walked straight into a group of policemen. The officers saw the knife in his hand and immediately aimed their weapons at him. Realizing the policemen would shoot him if he did not drop the knife; he did so, and then managed to convince them that his father was the one they were looking for.

Koontz remembered the eerie phone call and became convinced that whoever was looking out for him did a good job in keeping him safe by making him more vigilant. He never received a similar phone call again. 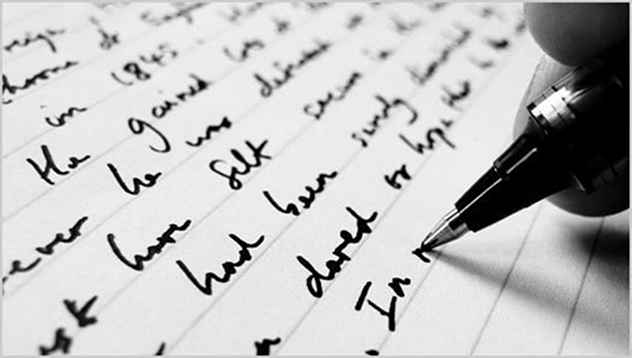 Twenty-year-old Tony Woodmansee was in a horrific car accident in October 2010 that saw him being thrown right through the windshield of his vehicle. He died in hospital a week later. At his funeral, two of his friends related something to his mother, Sally. They told her that they had made an appointment to see a medium before Tony had died, and the date of the session turned out to be the same day as the young man’s funeral.

According to Sally, the two friends told her that Tony was trying to make contact with her. Being a skeptic, she did not think much of what they were telling her. That is until kitchen utensils in her home started moving by themselves, and her TV and car radio started turning on and off randomly.[3]

Spooked, Sally went to see the medium who told her that a blond haired young man wanted to get in touch with her, and she should give automatic spiritual writing a try. Early the following morning, Sally sat down with a pen and paper and started speaking to Tony in the dark. She felt something grip her hand and move it over the paper. When she turned on the light, the word “Tony” was written on the paper.

Four years after this incident, Sally had 20 A4 notebooks full of writings from Tony. Even though most people are skeptical of what the grieving mother has to say about her deceased son, Sally is adamant that it is her son writing on the papers with the help of her physical arm.

7Texting from the Grave 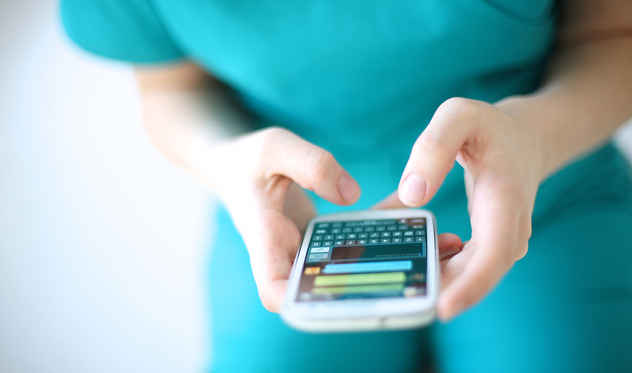 In 1988, Frank Jones and his family were terrorized by what seemed to be a malevolent ghost or poltergeist in their home in Blackpool. Unseen hands pulled the covers off the beds while the children were sleeping, slammed doors, and turned on taps while no one was looking. It got so bad that Frank called in the help of a church and had his home spiritually cleansed.[4]

Five years passed and the spirit stayed away. But then tragedy struck. Frank’s son passed away, followed by his wife, Sadie, three months later. Sadie was buried with her cellphone (because she loved it so much).

Not long after his wife’s funeral, Frank received a missed call on his phone, but the phone did not ring. When he checked the number, it was from his landline inside his home. But this was impossible, there was no one else in the house at the time his cell number was called. Frank then smelled Sadie’s perfume and favorite brand of cigarettes wafting through the house.

As if that was not strange enough, Frank also claims to have received text messages from Sadie’s cell phone. The messages contained phrases Sadie often said in life, but the number would not show up on the screen. 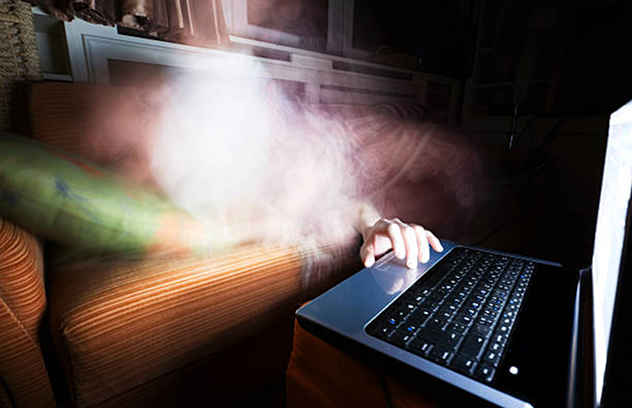 Pennsylvania resident Jack Froese suffered a heart arrhythmia in June 2011 and died at the age of 32. His family and friends were devastated.

Five months later, Jack’s best friend, Tim Hart, was going through his emails on his phone when one popped up from Jack’s email account. The subject line said, “I’m watching.” The body of the email contained only three sentences: “Did you hear me? I’m at your house. Clean your f-ing attic!!!”

Tim was flabbergasted, as he and Jack were the only ones up in the attic shortly before Jack’s death, and they had spoken about what Tim should do with the extra space.[5]

Jack’s cousin Jimmy McGraw also claimed to have received an email from Jack after he passed. In the message, Jack stated that he knew Jimmy would break his ankle, and he had tried to warn him to be careful. Jimmy had broken his ankle just a week before receiving the eerie email. 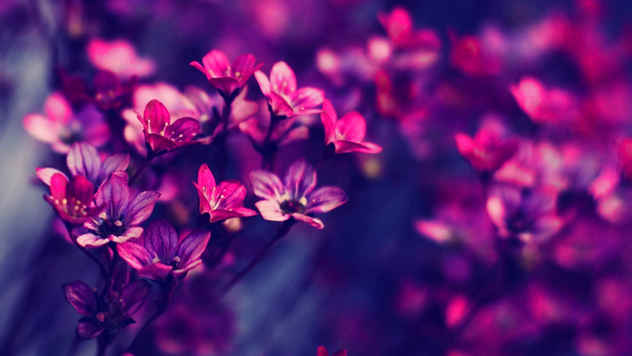 Vinto Scarabello lost his wife in August 2014 after almost 64 years of marriage. The grieving widower made up his mind to visit her grave as often as he could, mainly every Sunday. He took flowers from their garden, other times flowers from a shop. And every single time he went back to replace the old flowers with new ones, the old ones would be purple.[6]

Vinto bought several different colored flowers, but without fail he would return to find purple ones at his wife’s graveside. Purple was her favorite color, and even though florists have given a rational explanation for the phenomenon (flowers turn purple with age), Vinto believes it to be a miracle brought about by his wife from wherever she is. He has even returned to church because of it. 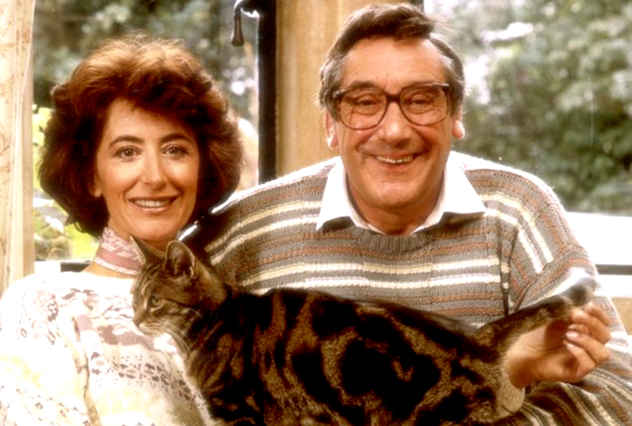 Stage and screen actress Maureen Lipman finished her husband’s autobiography after he passed away in 2004, and she played herself in the adaptation titled Jack Rosenthal’s Last Act in 2006.

Years later, she was reading the first draft of a novel her son Adam had been working on and was criticizing it quite harshly. The novel contained a character named Enk, and Maureen gave her son some advice on how to fix up the not-so-great parts of the story. A little while after this, Maureen was playing around on her mobile phone and was astonished to see a message pop up on the screen from her late husband. The message read: “The lad’s done well—Enk.”[7]

While Maureen acknowledges that the message could have been an old one that somehow ended up getting through to her years later, she believes that Jack sent the message to get her to ease up on their son because he was doing fine. 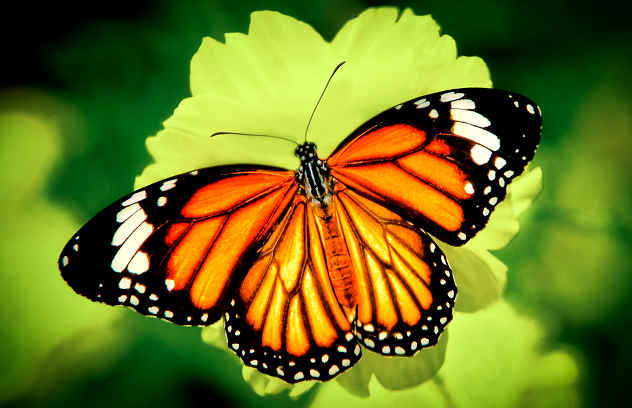 Amanda lost her six-year-old daughter to cancer in 2013. Azalee missed out on meeting her mom’s new husband, Chip, whom she married in 2015. Wanting the memory of her little girl to be incorporated in her wedding, Amanda asked a photographer friend to include images of Azalee in her wedding photos. The grieving mother also planned to release a set of butterflies in honor of her daughter.[8]

As the butterflies were released and flew off, one beautiful butterfly stayed behind and landed on Amanda’s dress. The bride and groom were moved to tears, as were all the guests. Amanda firmly believes the butterfly was a sign from her little girl that she was happy for her mom, and she could move on to the new chapter of her life. 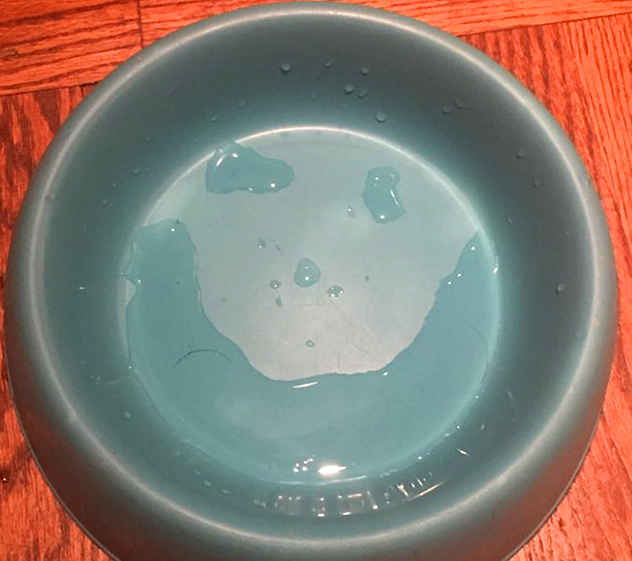 Dog lovers all agree that their furry pets are more than just animals. They are like family members. The Callaghan family felt this way about Bandit, a rescue dog that they took into their home. Bandit had many health issues and had to undergo several surgeries, sadly passing away after the last one. Bandit was 15 years old when he died, and his passing left a huge hole in the hearts of his family.

Two days after losing Bandit, Catie Callaghan (mom of the family) went outside to the backyard and saw Bandit’s water bowl was still sitting there. Bending down to pick it up, she saw something amazing. The remaining water inside the bowl had formed a smiley face. Catie believed that Bandit had left them a message saying that he was all right and they did not have to worry about him anymore, in spite of many brushing off the incident saying it was just the natural settling of the water drops.[9] 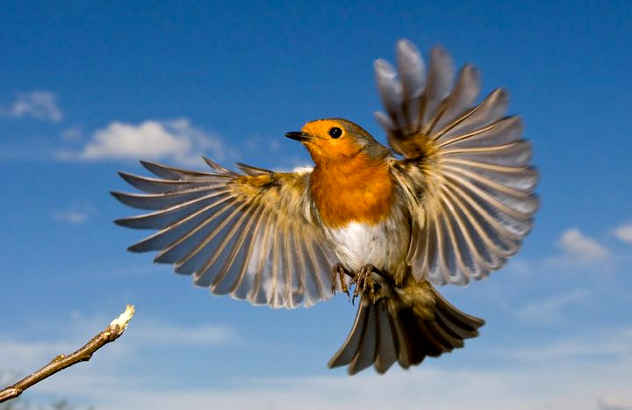 Four-year-old Jack Robinson died of a brain tumor in 2014, leaving behind his parents, as well as his identical twin brother and three sisters. His mother, Marie, visits his grave often, but something very unexpected happened when she visited on April 1, 2017, to mark the anniversary of Jack’s death.[10]

Feeling sad and emotional, Marie asked her beloved little boy to send her a sign that he was okay. Then, as she sat down by his grave, a robin swept down from the sky and landed on her foot. The bird flew off again, landed on a nearby gravestone and watched her. Taking out her phone to film the moment, Marie was astonished when the robin flew back to her and sat on her hand. The robin kept looking at her and at one point even sat on her shoulder.

Marie believed that this was without a doubt the sign she had been asking for. Interestingly, the robin has for hundreds of years been associated with death, and myths and legends have turned the little bird into a symbol of the hereafter.