Some people, despite all the black cats and broken mirrors in the world, seem to have all the luck. These 10 people take that luck to the extreme, making fate seem more than just a philosophy. 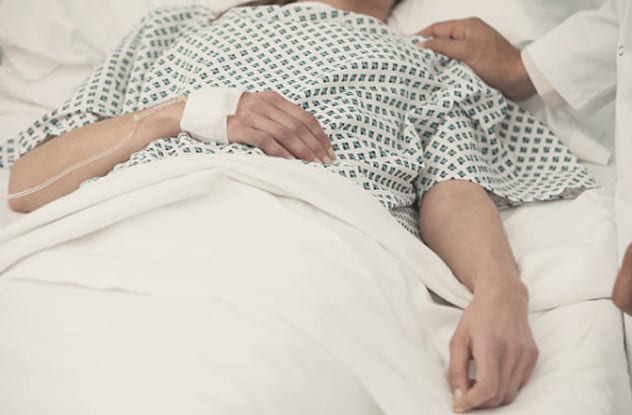 When his car collided with a truck and he was crushed under the impact, everyone thought it was the end of the line for Australian Bill Morgan, even the doctors. Declared legally dead for more than 14 minutes, he was somehow revived and managed to survive after only 12 days in a coma, even after family removed life support.[1]

But his luck doesn’t end there. To celebrate his survival, he bought a “Scratch It” card and won a car worth AUS$17,000 (now worth about AUS$25,000). When the local news station heard about him and all his good fortune, they were so impressed, they did a segment about him on the show. They asked him to reenact the scene by scratching off another card, only for him to win a whopping further $250,000 again during the live show. Maybe it was Death going “my bad, dude.” 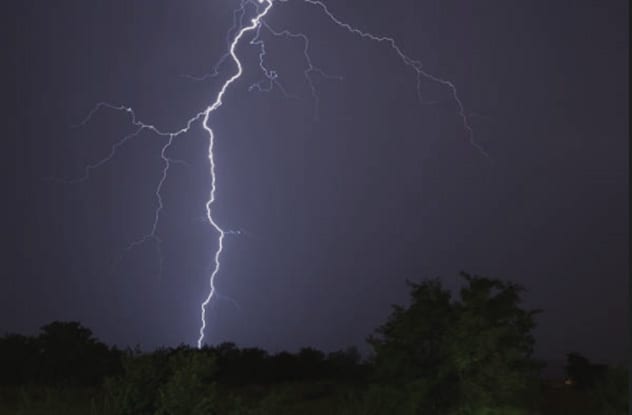 Robinson wandering around outside in the field near his house (apparently looking for his chicken), swinging around his aluminum cane, and then taking shelter under the only tree when it began to rain was evidently too tempting for the lightning, which struck him to the ground. For 20 minutes, he lay unconscious, before waking up and stumbling back to his house, going to bed for a very well-deserved nap (getting struck by lightning can tire you out quite a bit, you know). But when he woke up in the evening, he discovered he could see and hear once again.[2] He was later examined by his doctor, who confirmed he had regained both his sight and his hearing, and probably survived the blast due to the rubber-soled shoes he had been wearing. 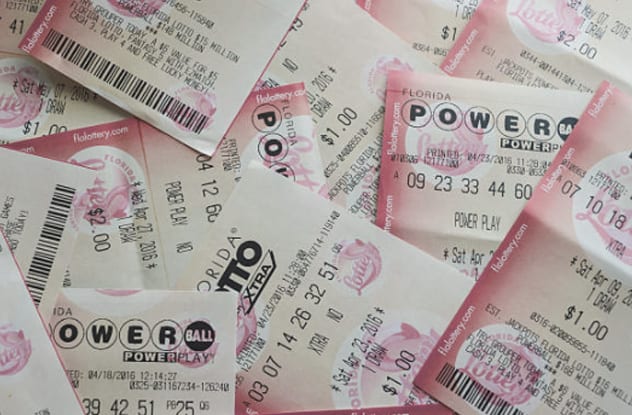 Did you know you’re more likely to get struck by an asteroid than win the lottery? But that didn’t stop Joan Ginther. Over the course of her life, she won the lottery an astonishing four times, baffling scientists everywhere. And it wasn’t just measly $20 or $50 wins, either—each time, she won multi-million dollar payouts.[3]

It all started when she first won $5.4 million, only to win $2 million more a decade later. Two years later, she won a cool $3 million, followed by a staggering $10 million in 2008. 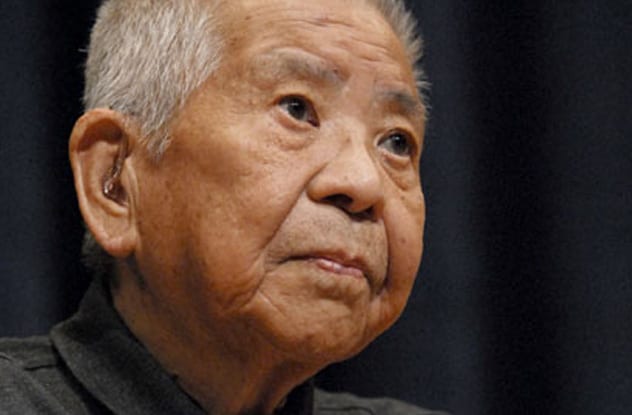 During World War II, Tsutomu Yamaguchi was an employee at Mistubishi Heavy Industries, which required him to travel all over the country. It was during his business trip to Hiroshima in 1945 that the first nuclear bomb was dropped. Miraculously, though injured, he survived the blast. Afterward, he quickly returned to his family and home in Nagasaki, returning to work the day the second nuclear attack occurred.[4] You might say this made him the world’s unluckiest man, but he survived this second blast as well, which is truly amazing.

Throughout the rest of his life, Yamaguchi became a vocal protestor against nuclear weapons and technology. In an interview, Yamaguchi said, “The reason that I hate the atomic bomb is because of what it does to the dignity of human beings.” And then in a telephone interview, “I can’t understand why the world cannot understand the agony of the nuclear bombs. How can they keep developing these weapons?” 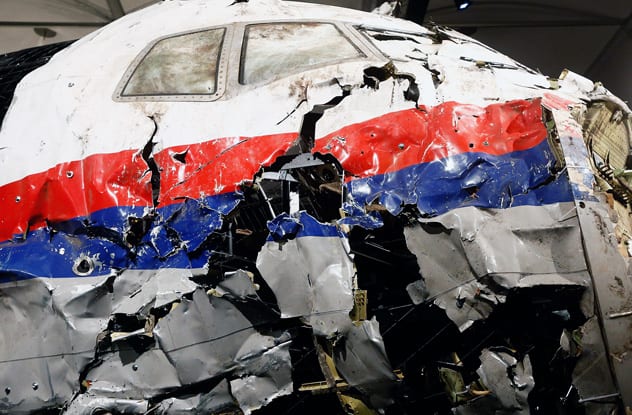 Sometimes, people survive solely because they avoid the situation that would’ve put them in danger. Many of these people never consciously do so, however. They chalk it up to circumstances like they were sick or had to do something else at the time, and others say they got a strange feeling not to go.

In just four months, Dutch cyclist Maarten de Jonge cheated death by airplane twice. He booked a seat in the MH17 flight but found a cheaper flight and changed his ticket while the doomed flight he was originally intending to go on crashed midway. He was also scheduled to be on MH370, the flight that went missing in 2014 and was never found, only to reschedule it at the last moment.[5] 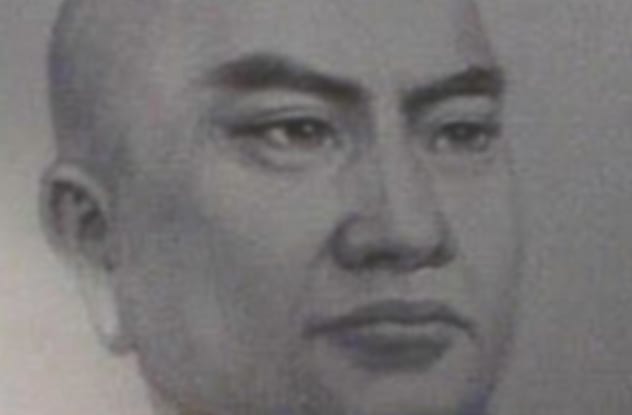 During the 12th century, Nichiren was a prominent Japanese monk who significantly influenced the Japanese adaptation of Buddhism. However, his life was one of controversy and turmoil. He was sentenced to death by beheading, and the authorities felt his writings were subversive and would undermine their power if it was allowed to spread.

However, with a literal stroke of good luck, Nichiren managed to escape his doom when the executioner was struck and killed by lightning when he raised his sword to kill Nichiren.[6] Nichiren was later released due to the strange circumstances, though he was still exiled and would later live the rest of his life out until old age. He amassed a following and became a prominent religious figure in the country, showing success can come even in the face of perceived doom with a little bit of fate to lend a hand. 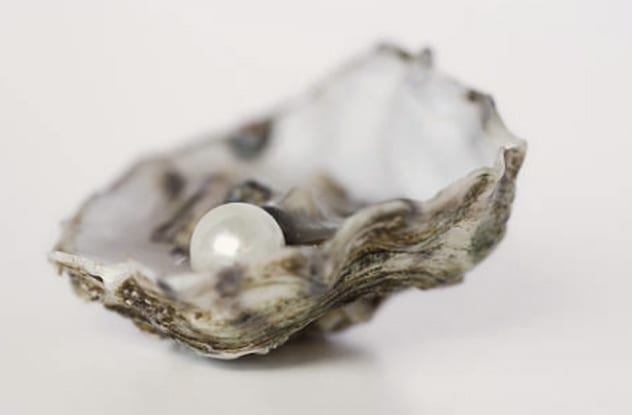 Oysters are a beloved fine-dining food, highly sought after in restaurants and by cooks at home for their flavor, texture, and sometimes even price. They’re thought by some to be an aphrodisiac, and Terri Preece is more than in love with them, now that she found a pearl in one.[7]

With the simple act of getting a few 49-pence oysters from Tesco, much like most other customers do, Terri Preece managed to beat the million-to-one odds to find one of the pale treasures inside. She’s about to move to Spain, and her colleagues at the homeless shelter she worked at made the pearl into a ring worth 500 pounds as a going-away present, to always serve as a little reminder of her great luck.

When you go skydiving, you expect a relative amount of danger to be involved. You are jumping out of a plane and hurtling toward the earth at terminal velocity, right? There’s no way there’s something more dangerous than just that. Except for Norwegian Anders Helstrup, who ran into one complication: A meteorite hurtling down after him. And this wasn’t just a story to tell his friends and have them question his sanity: this encounter was all captured on camera.

Uploaded to the Internet, it attracted the attention of the science community. It was later confirmed by a geologist that a meteorid had exploded about 20 kilometers above Helstrup, and the video taken was the first ever video of a meteorite traveling through the air after its flame has gone out. Helstrup spent the summer looking for the famed space rock in the surrounding area, but as of 2014, has not found it. Guess you can’t win them all.[8] 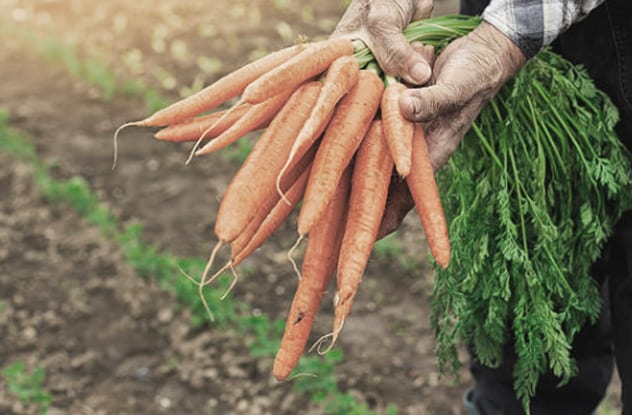 In 1995, Swedish woman Lena Pahlsson set aside her wedding ring to do some Christmas baking. But when she went to return it to its rightful place on her finger, she discovered it was gone. After years of searching, she and her husband came to the conclusion that the ring was lost forever. That is, until 2012, nearly 16 years later, when Lena found something waiting for her in her garden.

While pulling up carrots, Pahlsson was shocked to find her long-lost ring around one of the carrots, an event so amazing it caused her to let out a scream that her daughter could hear all the way inside the house. Though the family has been gardening for years, there had been no sign of the ring. Apparently, this was the first time they’d planted carrots by simply throwing out the seeds at random across the garden, instead of in rows like they’d done before. The chance that one of the seeds had landed inside the ring is like winning some sort of mini bottle-ring toss at the carnival. But Lena couldn’t care less about the astronomical odds of how she got back her ring; she’s just glad to have it back at all.[9] 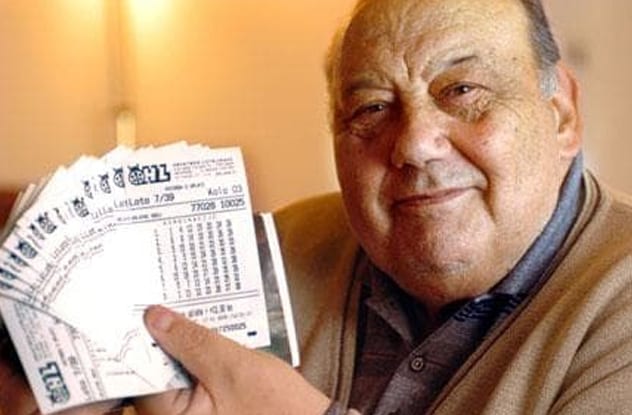 Called “The Luckiest Unluckiest Man in the World,” Croatian Frane Selak has cheated death, not once, not twice, but an amazing seven times.[10]

His first brush with death was in 1962 while traveling in a train in January. The train flipped off the tracks and fell into a freezing river. Bystanders pulled him to shore and safety, with only a broken arm and hypothermia, while 17 other passengers drowned. Then, only a year later in 1963, during his first and last plane ride, the plane lost altitude and plummeted to the earth. Frane was blown out of a malfunctioning plane door and somehow managed to land on a haystack, unharmed, while the plane crashed, killing 19 people.

Three years after that, in 1966, a bus he was riding in skid off the road into a river, drowning four of the passengers. Selak, however, swam safely to the shore and only sustained a few cuts and bruises. Two years later, in what was arguably one of his weirdest reasons for almost dying, while trying to teach his son how to hold a gun, he hadn’t realized the safety was off and ended up shooting himself in the testicles. He lived, though his testicles did not. Then, in 1970 and 1973, he got into accidents where the car ended up catching fire. Aside from a few singed hairs, he managed to get out of both predicaments absolutely unharmed, again.

But his dance with death wasn’t over yet. Later, in 1995, he was hit by a bus in Zagreb but only suffered minor injuries, and a year later, he managed to avoid a head-on collision with a United Nations truck on a mountain road by swerving into a guardrail. The guardrail broke under the force of the car hitting it, and Frane, not wearing a seat belt, was ejected out of the car when the door flew open. He watched as the car fell 300 feet into the ravine below. And to top his luck off, in 2003, two days after he turned 73, Frane Selak won $1.1 million from the Croatian National Lottery. What a birthday present!

Hannah Javens is an American-born currently residing in Texas, where she attends school, after living for multiple years in Singapore and Brazil. She loves writing poetry and making art, participating in gallery shows.