Oftentimes, conspiracy theories are outright dismissed as paranoia or the ramblings of fringe dwellers or quacks. Perhaps, this is usually the case. But some theories were frighteningly correct. 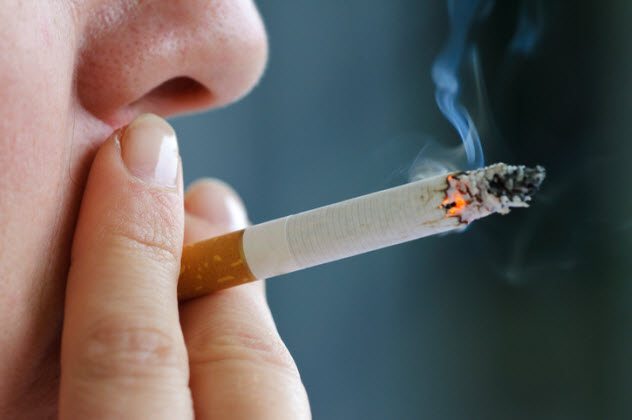 Today, it’s common knowledge that tobacco products are deadly. For many, it seems outlandish that there was ever a time that cigarettes were not considered extremely hazardous to the health of smokers and those around them or that smoking was actually thought to be good for you.

Tobacco companies began to truly grasp the scale of the problem in the 1950s. Researchers had suggested the possibility for decades but were more or less dismissed. “Big Tobacco,” as the largest tobacco companies would come to be known, launched a cover-up that would go on for nearly half a century.

The four biggest tobacco companies would finally apparently admit defeat in 1998 with the Tobacco Master Settlement Agreement—a legal settlement between the companies and 46 US states.[1] The other four states were involved in separate settlements.

9 The Department Of Defense Paid For Patriotic Acts 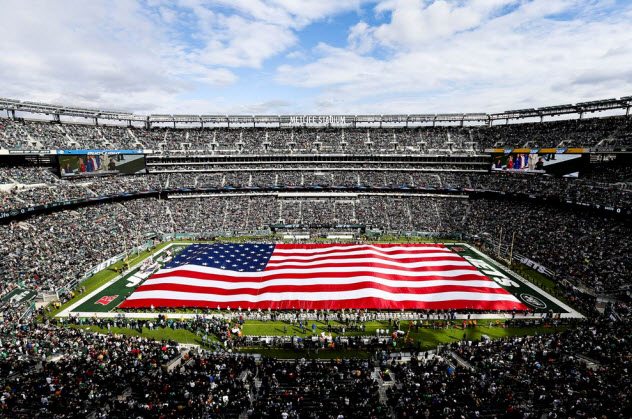 Depending on the country, many, if not most, acts of patriotism in nations around the world are genuine. People are proud of their countries and like to show their support. However, many people have also found some of the more organized and epic displays to be forced, possibly even fake. In 2015, Arizona Senators John McCain and Jeff Flake published a report saying that these worries may be well-founded in the US.

Their report concluded that the Department of Defense had spent millions of dollars to have various sports organizations put on enormous shows of love of country at times. This included several teams in the National Football League, Major League Baseball, the National Basketball Association, the National Hockey League, and Major League Soccer. NASCAR and the athletic departments of several universities also participated.

In theory, these overwhelming displays of American pride would drive up military recruiting. But nothing has definitely shown that this worked. The NFL also agreed to refund much of the money used for activities unrelated to recruiting.[2] 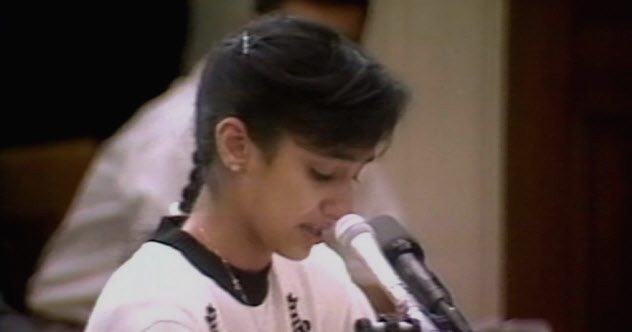 One of the most iconic events leading up to the Gulf War was the testimony by a girl identified simply as “Nayirah” before the Congressional Human Rights Caucus in 1990. The stories she told about the treatment of Kuwaitis by the invading Iraqis horrified members of Congress and many Americans in general. This included the terrible deaths of newborn babies.

Although many people (including newborn babies) did die horrifically following Iraq’s invasion of Kuwait, Nayirah’s testimony, which was not given under oath, was made up. In fact, the young girl was really the daughter of the Kuwaiti ambassador to the United States. The event was set up as part of a public relations campaign called Citizens for a Free Kuwait that was run by an American consulting company then known as Hill & Knowlton.[3] 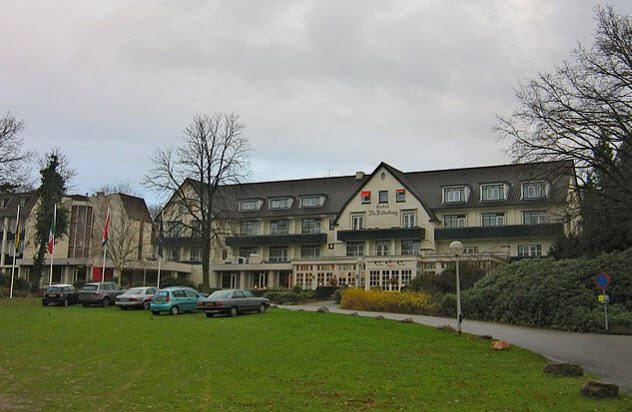 The idea of world power players gathering together behind closed doors to discuss how to run the world is perhaps considered the most outrageous of all conspiracy theories. Except that it really happens every year, at least among American and European leaders. Known as the Bilderberg meetings, the event actually has an official website.[4]

The first event of this kind took place in 1954 at the Hotel de Bilderberg in The Netherlands. Although the guest lists for these meetings are typically not a secret, the discussions that take place are. Past guests have included monarchs, high-ranking politicians, senior military officials, economic leaders, and powerful journalists.

6 The CIA Controlled Journalists And The Media 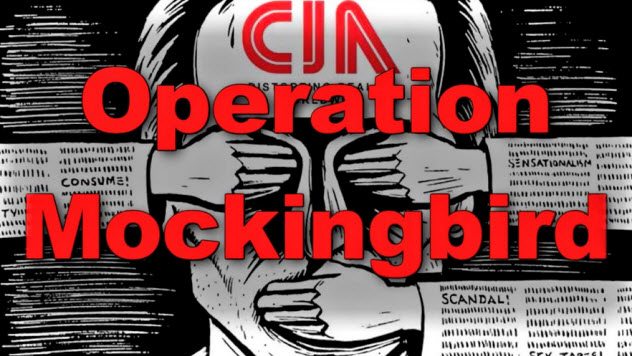 Nowadays, there are few things quite so polarizing as the media and the possibility of “fake news.” Journalists are often seen as either dedicated truth seekers or partisans trying to push an agenda with little to no room in-between. There seems to be no question, however, that the media was controlled as a tool by political operatives at one time (at least).

The first account of a Central Intelligence Agency initiative called “Operation Mockingbird” was a claim in a 1979 biography of Washington Post owner Katharine Graham. Allegedly, the program paid or threatened movers and shakers of many, if not all, of the most popular news outlets in America as a response to the Soviet Union engaging in similar practices with the European media.

While the specific existence of Operation Mockingbird[5] remains a mystery, it has been confirmed that the CIA did (and possibly still does) engage in these types of activities.

5 The CIA Experimented With Mind Control 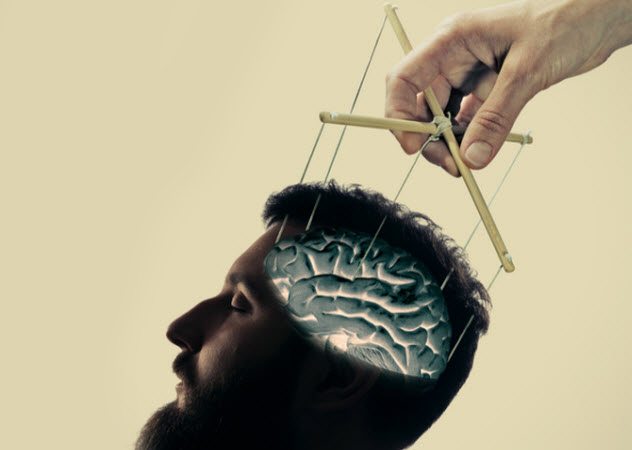 Possibly after coordinated world domination, mind control may be considered one of the most outrageous conspiracy theories. However, the CIA, along with the US Army Chemical Corps, made attempts to do just that.[6]

Called Project MKUltra, the program began in the 1950s. Efforts to get average people to do the agency’s bidding often crossed moral and legal boundaries and may have inadvertently led to the horrible illegal drug crisis facing the world today. 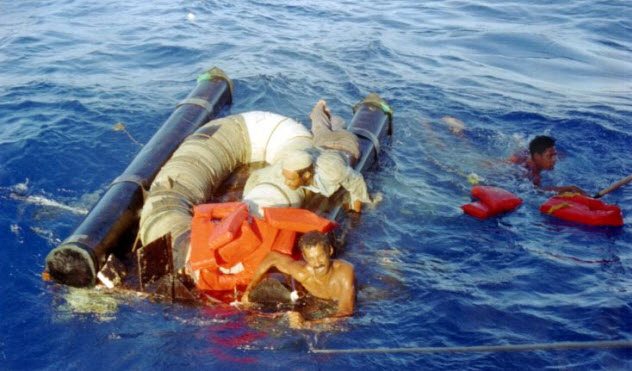 Another supposedly fringe theory is that a government would do terrible things to its own people to frame an enemy. Horrifyingly, it seems that the Department of Defense, the Joint Chiefs of Staff, and the CIA (yes, them again) would have been willing to do just that.[7]

Designated as Operation Northwoods, the proposed plan would have seen US operatives committing atrocities such as sinking boats containing Cuban refugees and hijacking planes. The idea was that the American public would be so outraged that most would be very willing to support going to war with Cuba.

3 A Fake Attack Was Used To Justify Invading North Vietnam 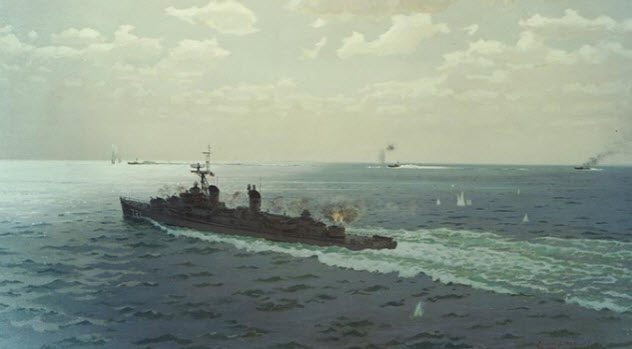 The Vietnam War has been a source of heated debate for decades. This occurred before it became public knowledge that the “incident” used by US President Lyndon B. Johnson to gain the authority to deploy American forces to North Vietnam never happened.

It centers around the USS Maddox and the USS Turner Joy, two US Navy destroyers that were performing patrol duty by South Vietnam. A confrontation that actually did take place between the Maddox (later joined by the Turner Joy) and the North Vietnamese happened on August 2, 1964, and resulted in the deaths of four North Vietnamese sailors.

Two days later, the Maddox and the Turner Joy (along with planes that had taken off from the famed aircraft carrier USS Ticonderoga) began opening fire on apparent enemy targets that had been detected via sonar, radar, and radio signals.

Later, it appeared that there were no enemy vessels and that the signals were false alarms. However, it was this supposed second battle that prompted President Johnson to go on television, looking for the authority to launch a military response. He eventually got it.[8] 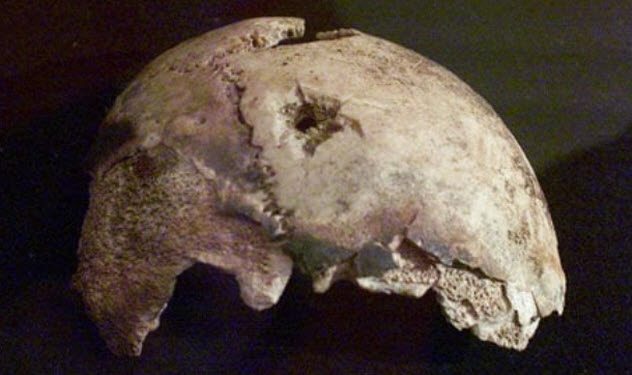 The horrid acts committed by Adolf Hitler are too many to list here. For decades, it has been widely understood that the final one was the taking of his own life. Not surprisingly, there were also many who believed that it was a setup and that the evil dictator actually sneaked away.

These theories were generally thought to be unfounded. However, those promoting the idea suddenly looked more credible beginning in 2009. This is because tests performed on a skull in the custody of the Russian government produced some surprising results.

Long purported to be Hitler’s skull, the tests revealed that the skull was actually that of a young woman. Ironically, the tests were done to lessen the credibility of the conspiracy theorists.[9]

1 The State Department Was Infiltrated By Communists 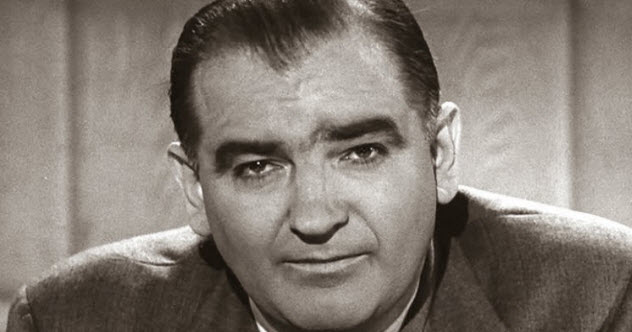 Although the great state of Wisconsin has produced many fine citizens, its residents tend to view one-time US Senator Joseph McCarthy with much less enthusiasm. McCarthy became a prominent member of the US Senate during the Cold War, using tactics that are now looked upon with shame. (However, many acts mistakenly assigned to him were actually done by the House Un-American Activities Committee.)

He eventually chaired the powerful Committee on Government Operations. It is now known as the Committee on Homeland Security and Governmental Affairs and is now chaired by Wisconsin Republican Ron Johnson.

Although McCarthy’s claims of widespread Soviet infiltration in the US government were generally viewed as discredited after his popularity declined, evidence has been made public over the following decades that seem to prove his ideas.[10]

Perhaps the most famous example would be the files of the Venona project, made public in 1995. Among those implicated in the files was prominent State Department official Alger Hiss.

I’ve written for a number of websites, most recently InfoBarrel under the name SamanthaDS, and I have many, many interests.