Elizabeth II has been a queen since 1952. In that time, she has made that title utterly her own. (Very few people hear “The Queen” and think of Margrethe II of Denmark.)

Elizabeth II is also 91 years old at the time of this writing, so there’s a very high chance within the next decade that she won’t be with us anymore. It might surprise you that we already know exactly what happens next. The world’s governments and media have been preparing for it for decades. 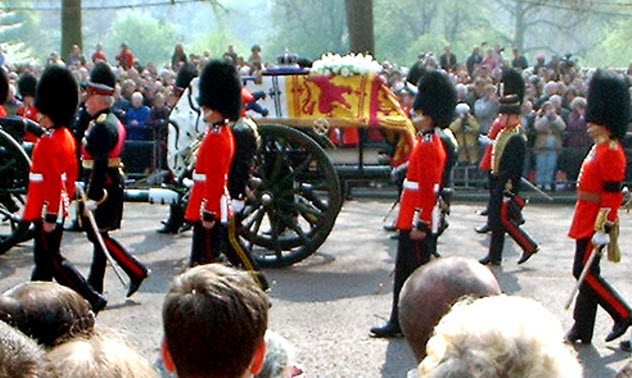 Despite a reputation for pomp and circumstance, previous royal funerals and ceremonies have been disasters. At the funeral of Princess Charlotte, the undertakers were drunk. George IV needed to hire prize fighters at his coronation to stop the “distinguished but belligerent guests” from hitting each other.[1]

It was so cold when the duke of York was buried in 1827 that the foreign secretary got rheumatic fever and the bishop of London died. Even Queen Victoria’s coronation was unimpressive. The clergy forgot their words, and the coronation ring didn’t fit.

Even as recently as 2002, there have been significant blunders in royal ceremonies. When the Queen Mother died, over 250 commercial radio stations were unable to announce the news. The plan was to send an automated “obit” signal immediately after the official announcement. This would allow them to be some of the first broadcasters to break the news.

However, in what one insider succinctly described as “an enormous cock-up,” someone pressed the wrong button and the announcement was not sent. As a result, 258 radio stations were left completely in the dark about one of the biggest news events of the year.

9 The Planning Is Like Something From A Spy Film 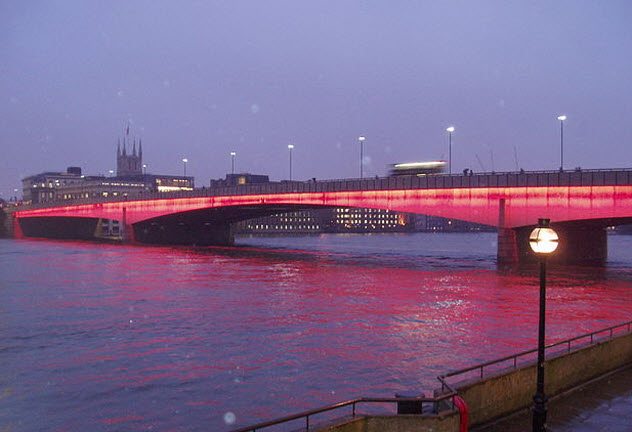 The last time that a British monarch died, which was in 1952, the news was conveyed using the code words “Hyde Park Corner.” This was to prevent switchboard operators from finding out and leaking the news early.

The Queen Mother’s funeral plans were similarly referred to under the code name “Operation Tay Bridge.” For Elizabeth II, the plans for her passing are named “Operation London Bridge” and read like a manual for a secret military operation.

The prime minister will be awakened (if asleep) and told by civil servants that “London Bridge is down.”[2] This cryptic code phrase signifies that the queen is dead, although we wonder what they’ll say if the actual London Bridge collapses. Things could get pretty confusing if the queen dies in a bridge collapse.

Next, the Foreign Office’s Global Response Center will send the news from a secret location via closed channels to the 15 foreign governments where the queen is a head of state. The news will also be sent to the 36 nations of the Commonwealth where the queen serves as a symbolic figurehead.

For all this secrecy, chances are the rest of the world will find out only moments later. The Press Association will receive the news of her death within an hour of the prime minister.

8 It Will Be The Biggest Funeral In Human History 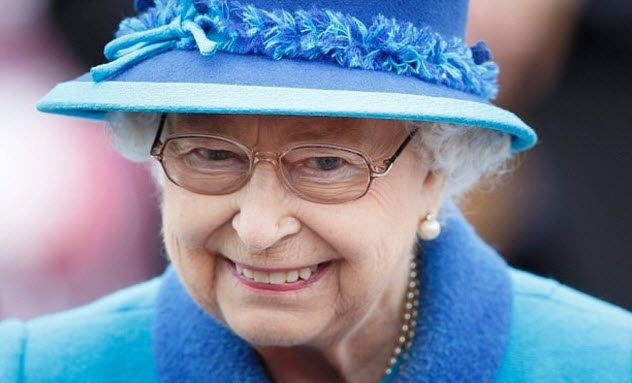 When the queen “joins the great majority,” it will be the largest funeral of all time, if not the most viewed event in human history. Diana’s death had more than a million people turning out in person to watch the funeral procession. Worldwide, there were as many as 2.5 billion people watching on TV.

By all estimates, the queen’s funeral is expected to absolutely dwarf these figures. George VI had 305,000 subjects visit his coffin to pay their respects, creating a line that was 6.4 kilometers (4 mi) long. Current predictions for the queen’s funeral estimate at least half a million mourners. That’s 500,000 people queuing up to enter a single room.

An entire nation will alter its appearance as the royal bureaucracy kicks into gear. Public TV screens will be erected across the country so that people can watch the funeral. Almost all flags will be lowered to half-mast, and almost all businesses and shops will close. Foreign dignitaries from around the world will abandon their plans so that they can visit a tiny, wet island in the North Atlantic instead.[3]

Britain will use all the tradition, pomp, and ceremony it can muster, essentially turning back time by 200 years. Horses, carriages, cannons, and traditional military uniforms will flood the streets of London, while the air will fill with the sound of tolling church bells.

Old systems, traditions, and ceremonies will be revived.[4] Some have not been seen in over six decades, if at all. Even the official announcement will be made by a royal footman pinning a notice on the palace gates, informing passersby of the monarch’s death.

The media is no exception to this revival of old customs, as the BBC will activate RATS. This stands for “radio alert transmission system,” or “royal about to snuff it” as it’s sometimes jokingly called in the BBC offices.

Designed during the Cold War to withstand an attack on Britain’s communications network, RATS has become legendary among the BBC staff. Most employees have only seen it during tests, and many have never seen it work at all.

Bear in mind, this is a nation which recently had to delay the opening of parliament by several days because the ink hadn’t dried on the goatskin parchment from which the opening speech would be read. The UK is not afraid to look old-fashioned for the sake of a good show.

The queen herself understands the importance of old-fashioned theatrics. “I have to be seen to be believed” is supposedly one of her catchphrases, which amusingly implies that the queen has many catchphrases.

6 Everything Is Already Planned Out To The Last Minute

Sabres of Paradise – Haunted Dancehall (In the Nursery Mix)

Operation London Bridge is meticulously planned out, often down to the minute. For instance, Prince Charles will be officially proclaimed king at 11:00 AM the day after the queen’s death. On the day of the funeral, Big Ben will strike at 9:00 AM, and the coffin will reach Westminster Abbey’s doors at 11:00 AM.

Outside of Britain, other governments have their secretive arrangements. Ottawa’s federal government refuses to reveal their plan for the queen’s death, reserving it for cabinet ministers and senior advisers.

Almost every media outlet also has drills and systems in place to prepare in case the reigning monarch “assumes room temperature.” Radio stations have prearranged playlists of appropriately somber music. Chris Price of BBC Radio 1 has claimed that if you ever hear the song “Haunted Dancehall (Nursery Remix)” by Sabres of Paradise (in the video above), then some horrific event or major death has just occurred.

TV schedules can be changed at a moment’s notice to remove any risque humor on the fateful day. Comedy will still be broadcast, but most satirical or dark humor will be taken off the air.

Media organizations the world over are ready to go. For example, CNN has a number of prerecorded “packages” on the queen’s life, which can be broadcast immediately after they’re notified of Elizabeth’s death. British newspapers like The Times are rumored to have up to 11 days’ worth of articles prepared.

Broadcasters Sky News and ITN have regular rehearsals and drills, referring to the queen as “Mrs. Robinson,” and many channels already have contracts with royal experts for exclusive interviews.[5]

5 Everyone Will Be Judged For Every Tiny Mistake 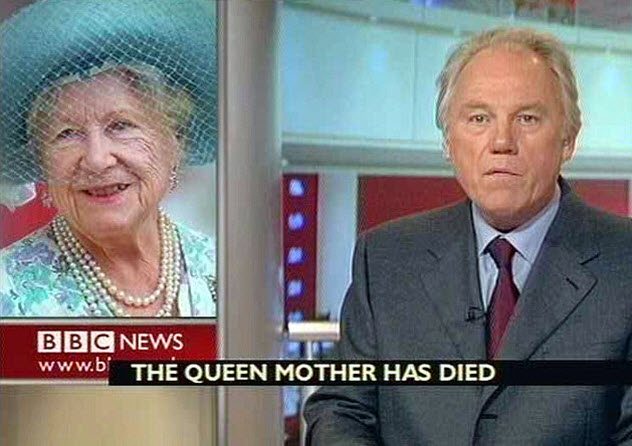 Every broadcaster needs to be prepared because they know they’ll be under incredible scrutiny. When the Queen Mother died, newsreader Peter Sissons happened to be wearing a red tie and was promptly hounded by the national media for his apparent disrespect.

He was caught red-handed or at least red-tied. Sissons and the BBC in general were also accused of not providing enough information and treating it as “just another news story.”[6] This incident was hugely influential in how the British media present celebrity deaths.

Now, in the age of social media, the judgment will be even harsher. Most news channels have black formal wear on hand 24/7 in case of a sudden death. Programs will stop, networks will merge, and prewritten scripts will be read aloud. Then the Royal Standard will be shown, and the national anthem will play. All commentary and discussion will be saved for later so that the networks can’t be accused of being disrespectful. 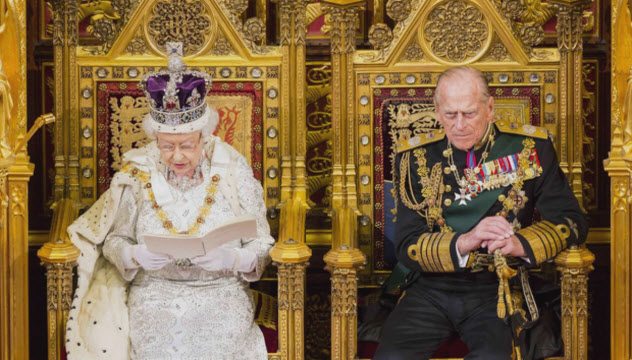 Huge swaths of British culture rely upon Queen Elizabeth’s identity. She became queen while Truman was president of the United States and Stalin was leader of the Soviet Union.

Her face adorns British currency, while her insignia sits on the uniforms of the police and the military. The British national anthem is literally named after her (“God Save The Queen”). All this will have to change.

New currency will be printed immediately, the national anthem will change to “God Save the King,” passports will be replaced, military insignia will be updated, new stamps will be printed, and even minor things like mailboxes will have to be altered.[7]

When Elizabeth II became queen, mailboxes in Scotland were vandalized. This is because Scotland never had a Queen Elizabeth I, as England and Scotland were independent at the time. Scottish people were angry that English history was seen as more important than theirs.

3 It Will Cost The Economy Billions 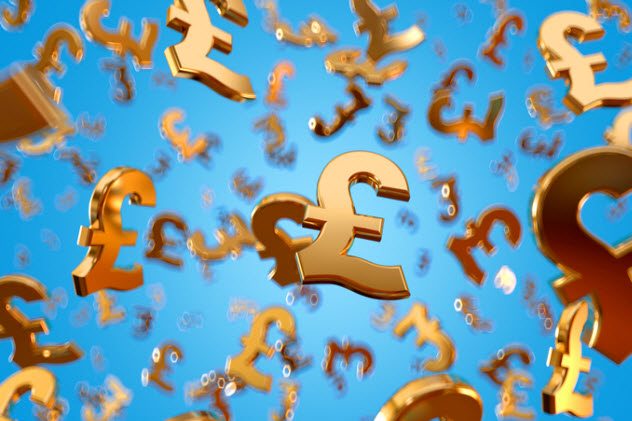 The immediate cost of the queen’s death will be huge. The UK economy will lose billions from lost working hours, not to mention the costs of the funeral and the next coronation. In the 12 days after Elizabeth’s passing, shops and banks across the country will close as an act of mourning and respect.

Both the queen’s funeral and Prince Charles’s coronation will become national holidays, each costing the economy between £1.2 billion and £6 billion.[8]

While the predicted influx of tourists may offset some of these costs, Britain’s economy will be worse off than before. Every mention of Brexit causes the pound to lose value, so the death of a world-famous national figurehead is sure to cause some economic uncertainty. 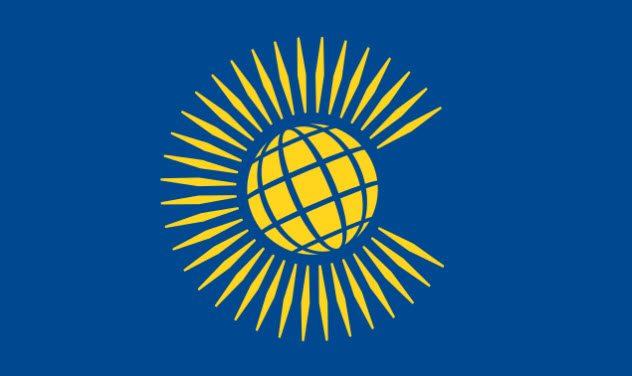 The queen is not just the monarch of the UK but also of Canada, Australia, Jamaica, and a dozen other countries. She is head of the Commonwealth, too, which includes nations such as India and South Africa.

Her image and influence unite roughly one-third of the world’s population, and her death may well spell the end of that unity. Australia has long had a powerful republican movement. Perhaps, a new, less popular monarch could push it over the edge.[9] 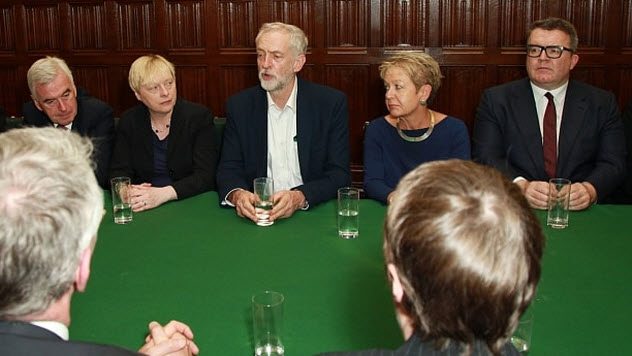 Although most surveys suggest that the monarchy remains popular with the British public, a new king without the same history, stability, or recognition might change that. Historian Greg Jenner has claimed that “public admiration for Queen Elizabeth is a massive factor in current support for the monarchy. She’s truly remarkable.”[10]

Few believe that the monarchy will immediately fall apart without her, although there is speculation that public support will slowly drop off. Jeremy Corbyn, the current left-wing leader of the opposition, is a republican after all. That is, he wants the UK to be a republic. We doubt that he’s a GOP supporter.

James is an aspiring writer, former history student, and all-round generic stereotype. You can follow him on Twitter.

Read more intriguing facts about the British monarchy on 10 Unexpected Perks To Becoming The Queen Of England and Top 10 Embarrassing Incidents Involving The British Monarchy.