It’s Halloween. You might be a bit old to don a mask and bum candy off your neighbors, but that’s no reason not to enjoy the day. Halloween parties are a classic pastime, and if nothing else, a good horror movie or scary story might be in order.

Scary stories, be they films, TV shows, or books, are enjoyed by many and can provide a fun dose of fear without the actual danger. At the end of the day, they’re works of fiction, right? Well . . . not always.

The following ten creepy reads are based on “true stories” and are guaranteed to get you in the Halloween spirit. 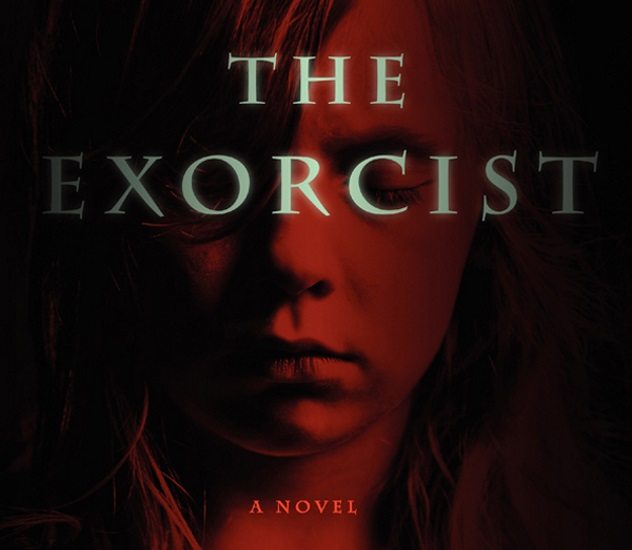 It’s not surprising that William Peter Blatty’s The Exorcist would appear on a list of Halloween stories, but it may surprise you that it’s based on an actual event.

In the late 1940s, “Robbie Mannheim,” also called “Roland Doe,” was a 14-year-old boy from Cottage City, Maryland. Plagued by demonic activity after trying to contact his aunt Harriet (herself a spiritualist) with an Ouija board, he began speaking in tongues. Strange noises, moving furniture, and flying objects were regular occurrences when young Robbie was around, to the terror of everyone else.

Robbie is said to have undergone multiple exorcisms at the hands of various priests. He reportedly stopped one by slashing a priest’s arm with a bedspring. Eventually, however, Robbie finally broke free from his demonic hold.

Robbie’s story would certainly make me think twice before using a Ouija board. It’s just a game, though, right?


9 The Demon Of Brownsville Road: A Pittsburgh Family’s Battle With Evil In Their Home
Bob Cranmer 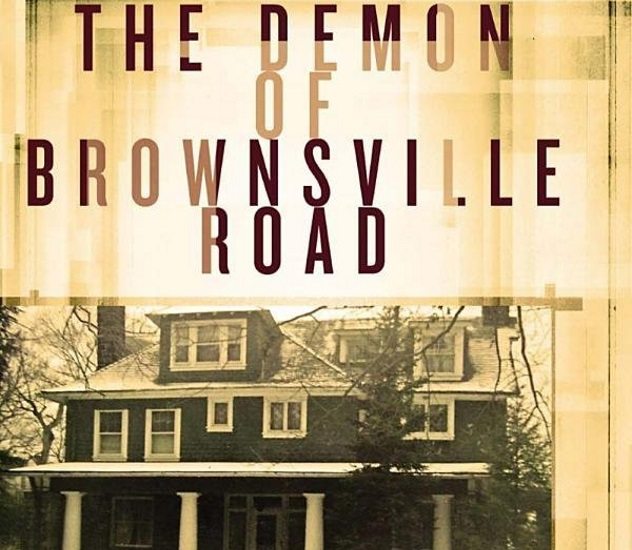 Written by Bob Cranmer himself, The Demon of Brownsville Road offers a firsthand account of his family’s paranormal experiences while living at 3406 Brownsville Road in Brentwood, Pennsylvania, a suburb of Pittsburgh. Like the legends of so many horror stories, Cranmer claims his property was the site of a horrific event in 1792 that resulted in the deaths of a mother and her three children at the hands of marauding Native Americans trying to discourage the increasing pioneer settlement in Western Pennsylvania and Ohio.

Despite the criticism surrounding the book—mostly from the family that lived there before the Cranmers—it’s a compelling read that is at times terrifying. The Pittsburgh Post-Gazette did an investigative article on the Cranmers’ experiences and confirmed all of Bob’s claims with the people he cited in his book, including Fr. Ron Lengwin, who affirmed the official involvement of the Catholic Church.

Chronic illness, extreme behavior, and a family on a downward spiral into their own personal hell make this story perfect for Halloween chills.

8 In A Dark Place: The Story Of A True Haunting
Ray Garton 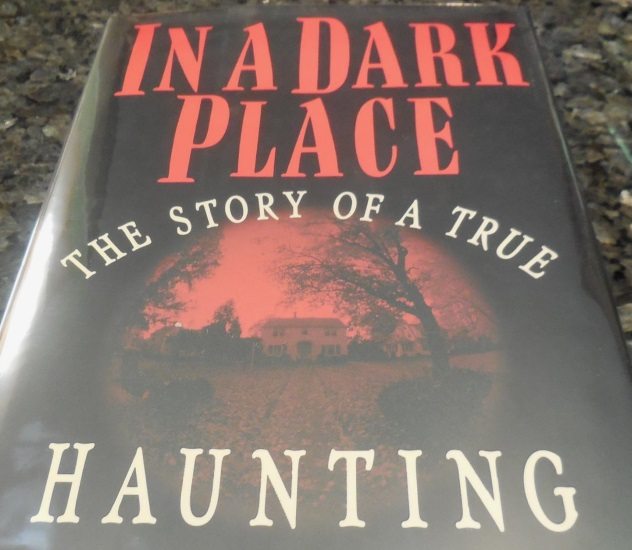 Long before Peter Cornwell’s film, I had witnessed the horrific retelling of The Haunting in Connecticut on the Discovery Channel’s A Haunting. Very few TV shows make me nervous, but this one did—especially after what happened to the famed Haunted Collector, John Zaffis, who refused to return to the home that had terrified him.

In 1986, Carmen Snedeker and her family moved into an old Connecticut home that, unbeknownst to them, used to be a funeral home. Their teenage son Paul’s cancer treatments have taken their toll on the family, both financially and emotionally. It’s not long before near-death Paul begins seeing the evil apparitions of four dark men and the “Man in the Suit”—the demon that would later scare Zaffis from ever returning to the home.

Paul’s behavior in the home becomes so erratic that his parents have him committed to a mental hospital. Once removed from the house, the evil that threatened to possess Paul turns its focus onto the rest of the family, eventually forcing them to call on the help of investigators Ed and Lorraine Warren. (This won’t be the only time the Warrens appear on this list, by the way.)

While it’s worth noting that Ray Garton went on to publicly distance himself from the depiction of the events in the book, it’s a chilling read regardless.

7 Hostage To The Devil: The Possession And Exorcism Of Five Contemporary Americans
Malachi Martin 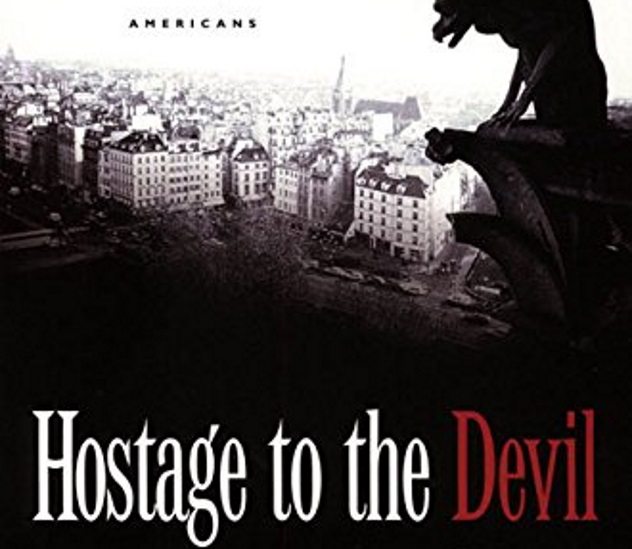 The is probably one of the scariest books I’ve ever read, primarily because the five stories told here are well-known and documented cases.

Malachi Martin, a Catholic priest and writer on the Catholic Church, recounts five terrifying tales of Satanism, demonic possession, and exorcism. Also known for The Scribal Character of the Dead Sea Scrolls (1958), Malachi’s Hostage to the Devil remains one of his most controversial reads about exorcism to date and deserves a spot on your nightstand, right next to your head, just in time for Halloween. 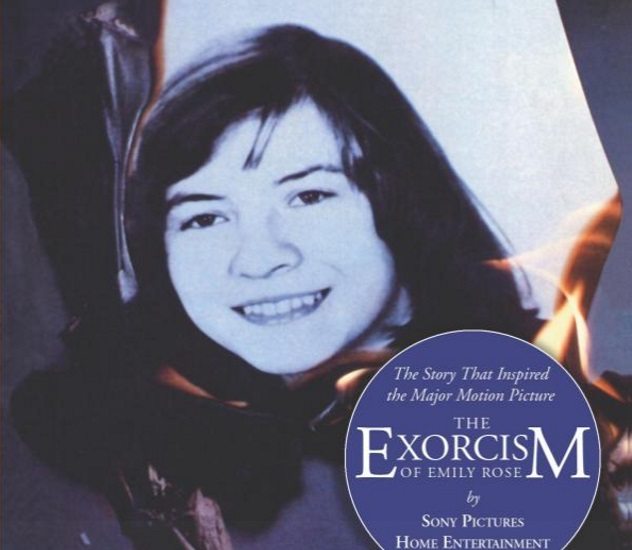 Anna Elisabeth Michel, born September 21, 1952, was a German woman who suffered demonic possession and numerous Catholic exorcism rites just before her death in July 1976. To her parents and those around her, her death was at the hands of the Devil, but a later investigation would determine that she was malnourished and dehydrated. This would eventually lead to her parents and the priests involved being charged with negligent homicide.

By all (diagnostic) accounts, Michel suffered epileptic psychosis, complete with a history of psychiatric treatment that proved ineffective. As her condition worsened, her family became obsessed with the idea that she was possessed by demons, attracting media and public attention when they decided to have a rite of exorcism to cure her. The case has been called a misidentified mental disorder that was ripe with religious hysteria.

Scott Derrickson’s The Exorcism of Emily Rose, a film loosely based on Michel’s story, would later go in to scare up over $140 million at the global box office. The movie, in typical Hollywood fashion, is quick to play up the horrific scenes of demonic possession and leaves little doubt about what was going on.

Was this a case of misdiagnosis and religious hysteria, or was something more diabolical at play? Give it a read and then let yourself decide. 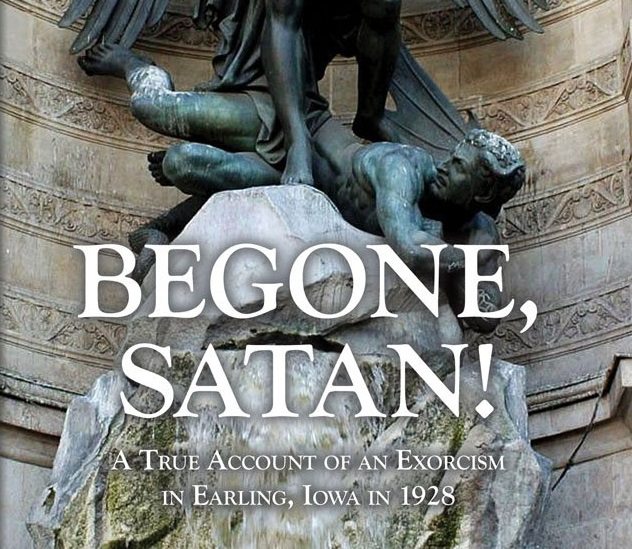 A quick jaunt over to Amazon, and you’ll find that Vogl’s book is touted to be about “the most famous exorcism ever performed in the U.S.”

The story follows Father Theophilus Riesinger (aka Francis Xavier Riesinger), a man who had moved to the US from Germany to join the Capuchin Order. No stranger to exorcism, Riesinger tasked himself with conducting the rite of exorcism for an Earling, Iowa, resident believed to be suffering from possession by multiple demons. Emma Schmidt (not her real name,) a 40-year-old woman, had begun showing signs of demonic influence at the tender age of 14.

It took Riesinger 23 days of exhausting exorcism, and just two days before Christmas, Emma was finally free from her demonic captors.

One of the more interesting notes in Vogl’s book is his recounting of one demon’s revelation that they had possessed Emma because her father had “cursed” the spirits into her. Thanks, dad.

4 The Demonologist: The Extraordinary Career Of Ed And Lorraine Warren
Gerald Brittle A New York Times Best Seller, this is one book I couldn’t put down, and when I did, it was usually late, and it left me on edge. For over five decades, Ed and Loraine Warren have been considered America’s foremost experts on demonology and exorcism. They have thousands of investigations to their credit, all of which make for terrific reading. You’ll find a few familiar stories in here, too, like Annabelle the possessed doll and the Enfield poltergeist.

In November 2016, Gerald Brittle filed a $900 million lawsuit against Warner Bros. in what amounted to copyright infringement. In August 2017, district court judge John Gibney Jr. rejected the studio’s bid to dismiss the case, citing misrepresentations in the advertising of The Conjuring and lack of personal jurisdiction.

If the stories here don’t scare you, then perhaps the thought of having to foot a $900 million bill will.

3 The Black Hope Horror: The True Story Of A Haunting
Ben, Jean Williams And John Shoemaker 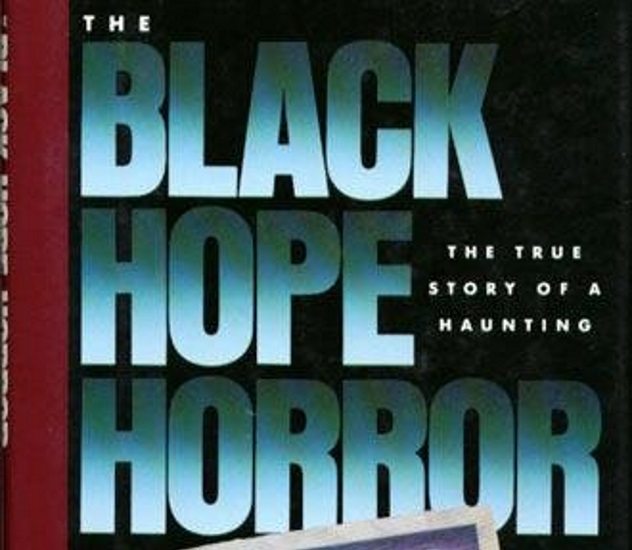 John Patterson’s 1992 movie, Grave Secrets: The Legacy of Hilltop Drive, starred Patty Duke as Jean Williams and David Selby as Shag Williams. Patterson’s film did for cemeteries what Jaws did for oceans. It cast just enough doubt when passing a graveyard to get you moving a little faster.

In 1980, Ben and Jean Williams purchased property to build a home in the Newport subdivision of Houston. Soon after work completed, they moved in. Odd things began to happen almost immediately. During their stay at the foreboding home, toilets flushed on their own, items went missing or were moved, strange noises echoed down halls and in rooms, and five family members died.

The interesting thing here is that unlike most scary stories, where the paranormal victimizes a single person or family, all the neighbors had similar experiences. After discovering their homes sat over an old cemetery, they became outraged, and some sued the developer, only to lose in court.

Does this story sound familiar? It should. While you may not have seen Grave Secrets or read The Black Hope Horror, I’m willing to bet you’ve watched the Spielberg/Hooper collaboration Poltergeist. This book reads like a step-by-step blueprint for one of the most successful films of the 1980s.

2 The Haunted: The True Story Of One Family’s Nightmare
Robert Curran This one left me rattled. If only half of the Smurls’ experience turned out to be true, I wouldn’t wish it on my worst enemy. Paranormal occurrences included disembodied voices, demons charging down dark hallways, sheets pulled from their beds while they slept, and a strange woman appearing from nowhere and attacking Jack.

Jack and Janet Smurl moved into their Pennsylvania home, only to find out they weren’t alone. Disturbed by numerous supernatural phenomena, sounds, nasty smells, and horrifying apparitions, they reached out to Ed and Lorraine Warren for help. (I told you they’d be back.) Anyway, the Warrens, after their initial investigation, claimed the Smurl home to be occupied by three spirits and a demon, one that allegedly sexually assaulted both Jack and Janet.

The Smurls’ story was the subject of the 1991 made-for-TV movie The Haunted, and it terrified me. I’ll never forget the scene with the neighbors gathered outside the Smurl home while lights flickered, shades shook violently, and bloodcurdling screams echoed out into the night—all while the Smurls were away camping. I wish I could find this one on DVD.

If you only read one book from this list, The Haunted should be it. 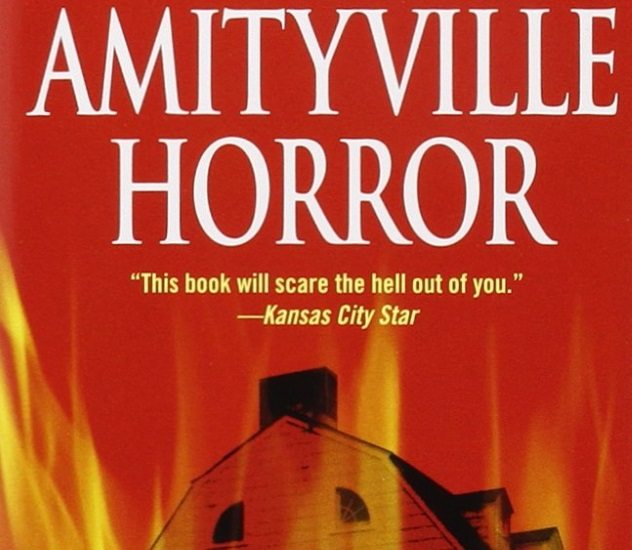 It might seem odd having Jay Anson’s The Amityville Horror listed as my number one, having just said The Haunted is the must-read, but this is the one book I read every Halloween. Call it a tradition.

A young New York couple, George and Kathy Lutz, move into the new home they just scored for a cool $80,000. 28 days later, the entire family flees the property, leaving behind all their belongings, claiming that a violent demonic presence haunts the home. Jay Anson’s novel detailing the Lutz’s four weeks of hell was a smashing success, thrilling readers everywhere, including yours truly.

In 1979, the same year Stuart Rosenberg’s feature film of the infamous home debuted, lawyer William Weber reportedly stated that he, Jay Anson, and the occupants “invented” the horror story “over many bottles of wine.” Whatever the case may be, Jay Anson’s The Amityville Horror always gets me into the Halloween spirit.

DANIEL BOUCHER grew up in Southern Maine where he developed an extreme dislike of snow and became heavily influenced by the writings of Stephen King. He now happily lives with his wife in the Pacific Northwest.