Facial hair can be considered a nuisance or a stylish accessory, depending on who you ask, but to the following ten people, it’s a competitive event that they work toward every year. “International bearding,” as it is referred to, has been around since the late 1900s, but the exact origin is often up for debate. The World Beard and Moustache Championships have been held every odd year since 1995, but in 2014, this streak was broken in an attempt to allow the American competitors unable to travel to Europe to still be able to showcase their potentially award-winning facial hair. Since its odd-year inception in 1995, the international competition has been held in Germany, Norway, or the US. The contest mainly rotates between German and American locations, as these seem to be the countries with the highest number of entrants.

As we move through the month of November, men all over the world participate in the globally recognized tradition of “No-Shave November,” in which they continue to grow out their facial hair for the entire month. Originally created to raise money for cancer prevention and research and to raise overall awareness for the cause, many have adopted this tradition to just grow their facial hair for an entire month and see how good (or mostly bad) it looks. This year’s World Beard and Moustache Championship was held in Austin, Texas, and while simultaneously running a perfect marketing strategy, it was held well before the “No-Shave November” craze.

Taking place September 1–3, the competition consists of three overlying categories—mustaches, partial beards, and full beards—that are further broken down into more niche divisions that people may participate in. For example, the mustache category is divided into natural mustaches, Dali mustaches, English mustaches, imperial mustaches, Hungarian mustaches, and freestyle mustaches.[1] The same goes for the other two main categories but obviously with different division titles. Taking the top prize in these various divisions can be a huge point of pride for the past and present champions, and this year’s competition certainly did not disappoint. Without further ado, here are ten of the 2017 World Beard and Moustache Championship division winners. 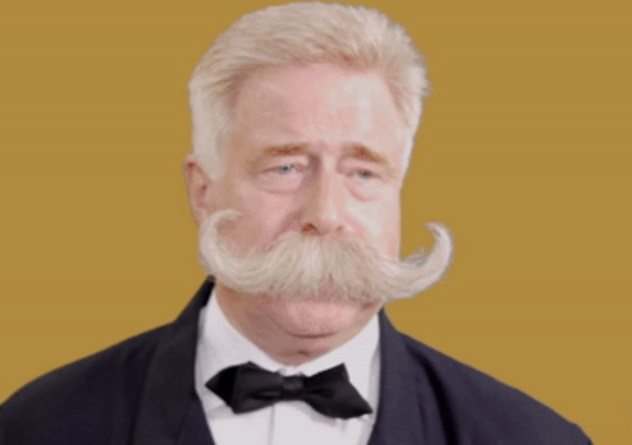 We begin with the original, the classic: the natural mustache. Of course, anyone can just let the fuzz on their upper lip grow out and call it a natural mustache, but the men participating in this competition might just laugh you out of the county. They work year-round to cultivate magnificent natural mustaches in the hopes of taking home the First Place trophy every couple years.

Obviously a part of the mustache category, there are still a few stipulations regarding entrance into this division. These men must possess mustaches that can be styled without the aid of any product, and the hairs of the mustache are allowed to start growing from up to a maximum of 1.5 centimeters (0.6 in) beyond the end of the upper lip.

Taking the top prize this past September in Austin was Wolfgang Schneider, an IT engineer who traveled to the States all the way from Germany to compete. He topped the competition with a score of 49.8, edging out the second-place mustache by 1.6 points.[2] 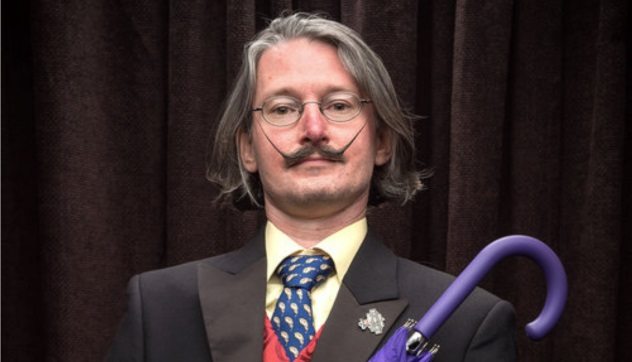 Salvador Dali, debated to be the most famed surrealist painters in history, was most known for his incredible pieces of art but also managed to leave another legacy behind. In the first half of the 1900s, Dali decided to grow a mustache, and little did he know that it would become an iconic staple for his life’s work. Dali’s flamboyant mustache began much like a standard one, but after beginning under the nose, the mustache was styled to point upward, defying gravity and looking unique. Described as having a “10-past-10 position,” the mustache would look as though it were two hands of a clock which read 10:10.

In June 2017, Dali’s remains were exhumed in order to attain DNA for a paternity test. The Spanish officials noted that when they unearthed Dali’s body, his iconic mustache remained well intact and at its standard “10-past-10” position.

For the Dali mustache category, entrants must possess a mustache that is slender with long tips directed straight up or arching. Without the use of aids, these mustaches are only allowed to start growing up to the end of the upper lip. This year’s champion was a data architect living in Virginia named Nathan Wilson. With a score of 48.3, Wilson defeated the second-place contender by 0.8 points.[3] 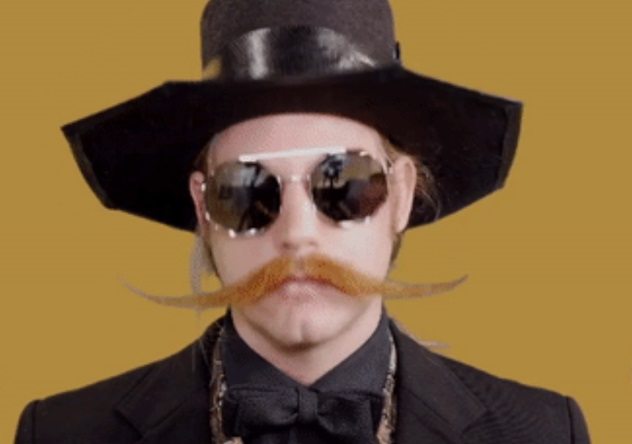 With easily the most fitting name for this competition, Jeffrey Moustache took this year’s prize for the top Hungarian mustache. The Hungarian mustache evidently is derived from the country of Hungary and its historical figures who possessed these types of mustaches.

Described by the World Beard and Moustache Competition, a proper Hungarian mustache is big and bushy, beginning from the middle of the upper lip and then pulled to the side. The hairs of the mustache are allowed to start growing from up to a maximum of 1.5 centimeters (0.6 in) beyond the end of the upper lip. Unlike some of the more “pure” mustache divisions, entrants into this contest are actually permitted to use aids to assist in holding the mustache out further.

Mr. Moustache took the championship this year, but it was no landslide. He managed to beat out Tyson Burlile by only 0.3 points, with a winning score of 48.9.[4] 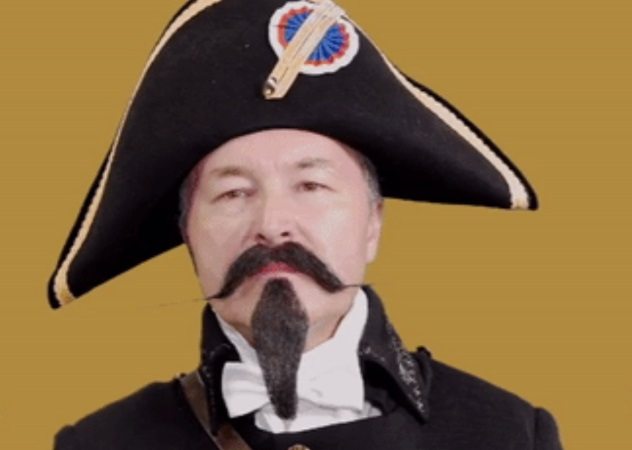 The Three Musketeers are best known from their movies, in which they fight to stop evil forces from taking over the French throne and ultimately the entire European continent. It is a classic story that has been told and retold through the generations and has left a legacy in the form of a mustache known as the Musketeer. The style is described by the World Beard and Moustache Championships as a mustache that is long, slender, and allowed to start growing from up to a maximum of 1.5 centimeters (0.6 in) beyond the upper lip area.

Separating from strictly mustaches, the Musketeer division resides in the partial beard category, and as such, it permits aids to be used to construct a pointed beard to accompany the mustache. Similar to the mustache category, the partial beard category has a multitude of divisions for entrants to compete in. In this year’s competition, Erwin Butsch was named champion of the Musketeer division, taking it home over his opponent by a whole point with a score of 49.6.[5] 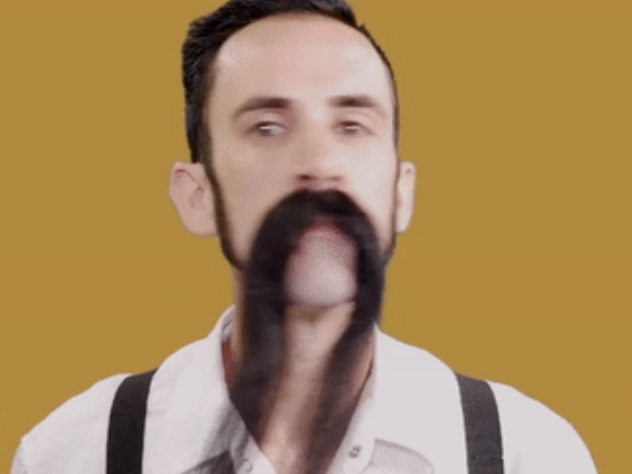 The Fu Manchu is described by the World Beard and Moustache Championships as a clean-shaven chin with the mustache beginning to grow a maximum of 2 centimeters (0.8 in) below the end of the upper lip. Aids are permitted to be used to assist in shaping the tips of the mustaches as far as they can go downward.

Taking first place this year was Sean Raiger, former president of The Moustache and Beard Social Club. Though he took the prize, it was no easy feat. With a near-perfect winning score of 49.9, he beat the second-place competitor by only 0.4 points and the third-place competitor by 0.9 points.[6] 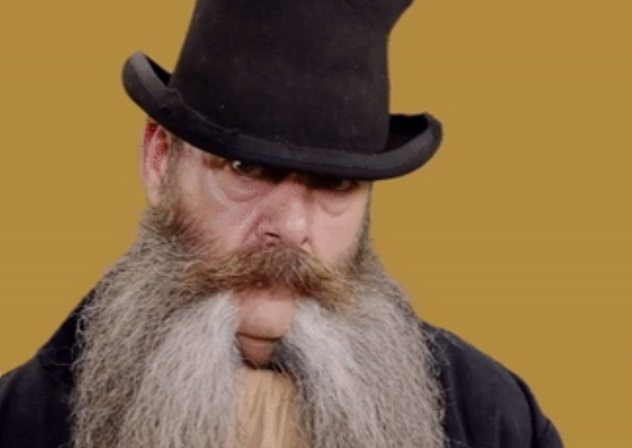 While most people try to avoid the point in their hair cycle where their sideburns are overgrown and fraying like the bottom of a pair of jeans, these men steer into it and embrace the bushy style that extrudes from their sideburns.

The Natural Sideburns division of the partial beard category is home to these men and their fascinating sideburns. Entrants aren’t permitted to use any aids and must possess a beard growing from everywhere but the chin. So, basically, they must have a big beard connecting overly bushy sideburns and a big mustache.

This year’s champ was Michael Wallage, with a score of 49.3, who narrowly snuck his victory out by defeating the second-place competitor, Patrick Quinn, by only 0.1 points.[7] 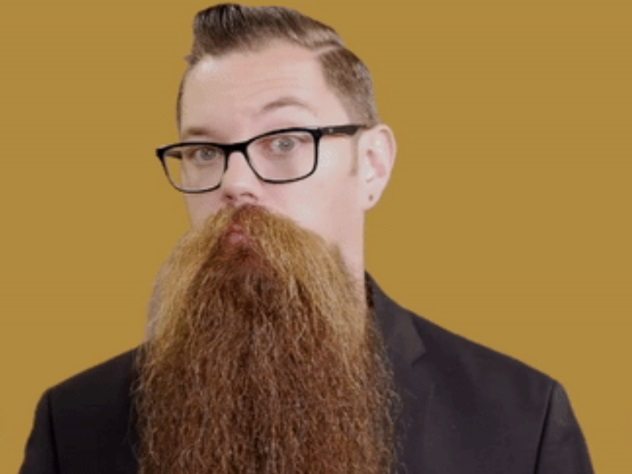 The natural goatee, residing in the partial beard category, is achieved by possessing facial hair only in the chin and upper and lower lip portions of the face. The look must be styled without the use of any aids and must also have a clean-shaven section at least 4 centimeters (1.6 in) wide between the onset of the head hair and the beard hair. Although a mustache is not technically required for this division, most entrants choose to incorporate one into their styling, anyway.

Aaron Johnston edged out his competitor, Patrick Dawson, by 0.1 points to take first prize and had a winning score of 49.8.[8] 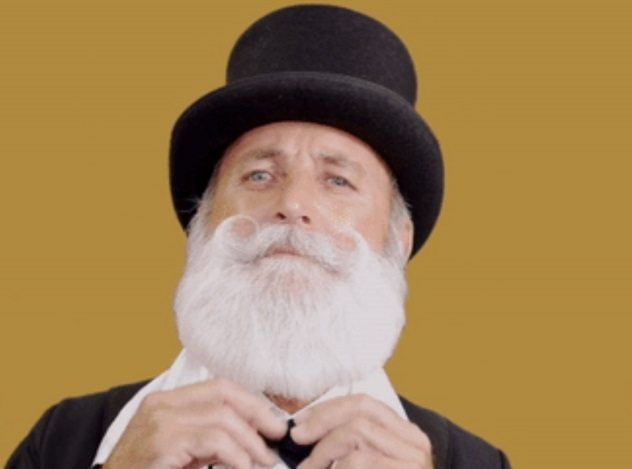 The full beard category is where it starts to get really hairy. (I apologize, but I couldn’t resist.) The Verdi division is the first of the full beard category, and as such, it has the most stringent maximum length stipulations. Beards entered into this division must be short and not to exceed a length of 10 centimeters (4 in). Accompanying this short beard must be a styled mustache, which is why they are allowed to use aids.

Karl Roos managed to hold on by 0.1 points to take the championship in this division, with a winning score of 49.4.[9] 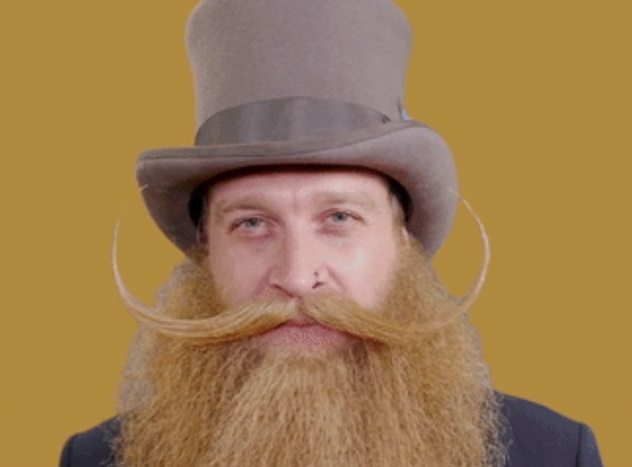 Some men are just blessed with the ability to grow facial hair, and many of them find themselves entering the Full Beard with Styled Moustache division. Similar to the Verdi division, the entrants must possess a beard with a styled mustache, but unlike the Verdi division, there are no maximum length regulations. These beards must be grown naturally, and the use of aids is only permitted to shape the mustache.

With a winning score of 49.3, Scott Metts was able to take home the top prize and rationalize his weeks of handwork and itchy beard.[10] 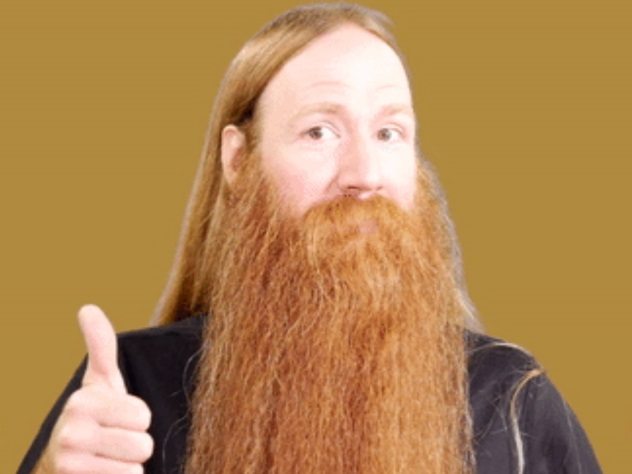 Last, but certainly not least, is the division made for men who just want to grow a beard and grow it as big as they can. The largest full natural beard division is the 45.1–60+ centimeters division. That means these beards will range anywhere from 18 inches to over 24 inches! No styling of mustaches, no aids, just long beards on hairy men.

Taking home the division title this year was Michael Wollin, with a winning score of 49.5.[11]

An accountant trying to be a writer . . . bear with me.