If the week has got you down, this list is the solution. It serves as a counter to all the gloomy, serious, and weird happenings in the world by focusing only on stories that are cheerful and inspiring.

There were quite a few positive things to talk about this week. We have a couple of promising new medical procedures that give hope to people who are paralyzed or in a vegetative state. We’ll also sprinkle in heartwarming animal stories, archaeologists who get excited over a shipwreck, and a stirring tale of survival. 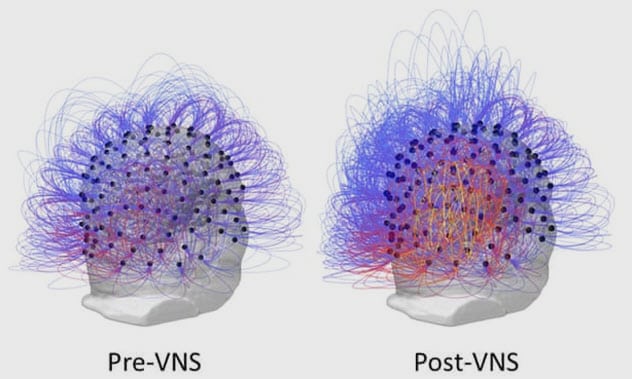 A man who has been in a persistent vegetative state (PVS) for 15 years showed signs of consciousness following a revolutionary new medical therapy involving nerve stimulation.

The treatment targets the vagus nerve which runs from the brain stem to both sides of the neck and connects the brain to many vital organs throughout the body. A 20-minute surgery saw a small electrical device implanted in the neck which regularly stimulated the vagus nerve. A month later, the patient showed improvements in movement, attention, and brain activity and was upgraded to a state of minimal consciousness.[1]

The man is still paralyzed and cannot talk, but he does track objects with his eyes and stays awake while hearing stories. He can even turn his head upon request, although it is rather laborious and time-consuming.

Team leader Angela Sirigu with the Institut des Sciences Cognitives Marc Jeannerod in Lyon, France, is hopeful that the therapy could prove even more effective when dealing with patients with less severe injuries. It could be particularly useful for patients with damaged brain stems but intact cortices.

The treatment challenges the current view that there’s no coming back once a patient has been in PVS for more than 12 months.

9 The Young Man And The Sea 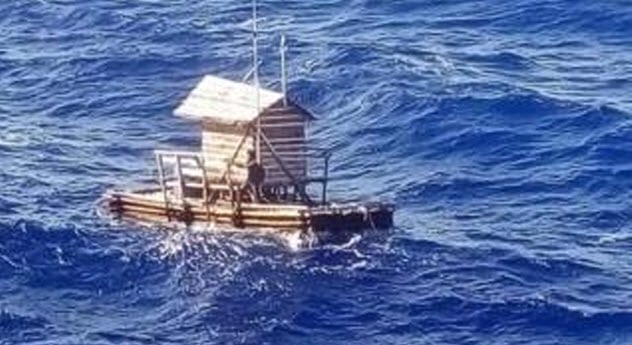 A teenager from the Indonesian island of Sulawesi survived for 49 days at sea after his fishing hut drifted into open water.

In mid-July, 18-year-old Aldi Novel Adilang was fishing 125 kilometers (77 mi) off the coast of Indonesia. He was in a rompong—a wooden hut with no engine which acts as a fish trap and is anchored to the seabed with a rope. Sometimes, these structures are unmanned and someone regularly comes to collect the fish.

However, in this case, Aldi was employed to stay on the rompong and someone brought him fresh water and food. On July 14, strong winds knocked off his moorings and Aldi was adrift. He managed to survive by rationing his supplies and catching fish which he cooked by burning the wooden fences from the rompong.[2]

Over 10 ships sailed by Aldi and didn’t see him. Finally, on August 31, he was picked up by the Panamanian vessel MV Arpeggio. By then, the teenager had drifted for thousands of kilometers and reached the waters of Guam. They took him to their destination, which was Japan.

The Indonesian consulate flew him back home, and Aldi was reunited with his family on September 8. He later revealed that this was the third time he had gone adrift, although the other two occasions were much shorter. 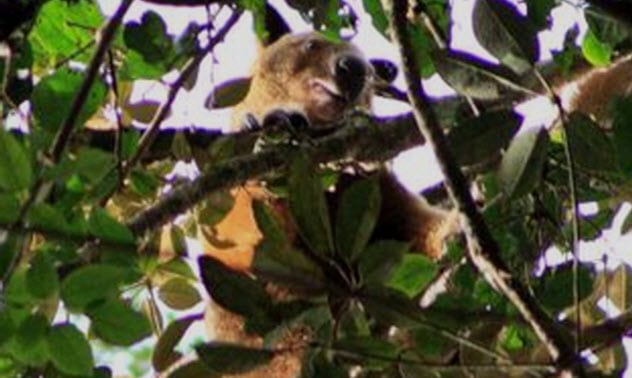 A lost species of tree kangaroo has been seen and even photographed for the first time in 90 years.

The recent sighting was made by Michael Smith, an amateur botanist from Farnham, England. He likes to take vacations to remote parts of the world to look for rare flowers. He had heard of the Wondiwoi last year and decided to put together an expedition and try his luck.

His efforts were rewarded when he was able to see the elusive creature and take the first photograph of it. Smith came out of the Indonesian forests in late July and consulted with animal experts to confirm his find before going public.[3]

The Wondiwoi has managed to stay hidden for decades because it lives in nigh-impenetrable bamboo forests high up in the mountains. The numerous scratch marks and piles of dung attributed to the tree kangaroo give naturalists hope that the species might have thrived all this time. 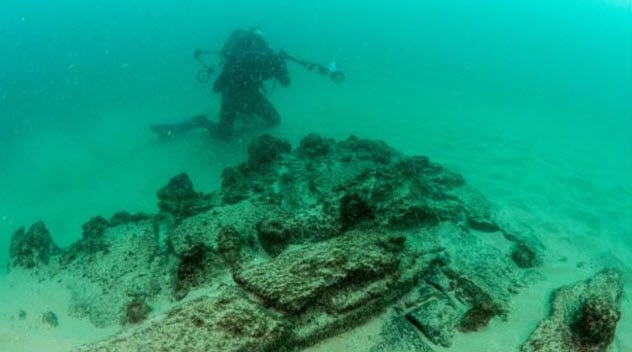 Archaeologists are excited after discovering a 400-year-old shipwreck near Cascais off the coast of Portugal.

At the moment, the identity of the vessel is still a mystery, but the well-preserved contents have led some specialists to hail it as the “discovery of the decade.” Chinese porcelain and bronze cannons engraved with the Portuguese coat of arms have been found around the wreck. Cowry shells, which were used as currency throughout parts of Asia, have also been located.[4]

The clues seem to indicate that the ship was a spice trader that sank sometime between 1575 and 1625 on its way home from India. The porcelain belonged to the short-lived Wanli period.

Marine archaeologists are confident that closer study of the recovered artifacts will reveal information about the maritime history and culture of Cascais and perhaps even help to identify the ship.

6 A Place To Park My Bike 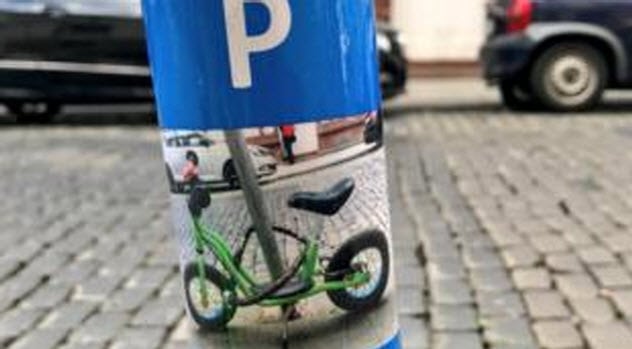 Random acts of kindness aren’t meant to change the world, but they can make someone’s day. If the right person also snaps a picture, it has a good chance of going viral. That is what happened this week when a four-year-old got his own “parking space.”

Over the last year, food and travel writer Christie Dietz has brought her son almost every day to her workplace in Wiesbaden, Germany. Every time, he parks and secures his stylish green-and-blue bicycle to the same lamppost outside.

Clearly, the neighbors have taken notice. One of them placed a parking sticker with an image of the bicycle on the lamppost, ensuring that everyone else knows that spot is reserved.

Dietz took a picture of the random act of kindness which was shared and liked hundreds of thousands of times on social media. She also mentioned that her son was delighted with his “parking space” and that she placed a thank you note next to the sticker for her son’s kindhearted anonymous benefactor.[5]

5 Hero In A Half Shell 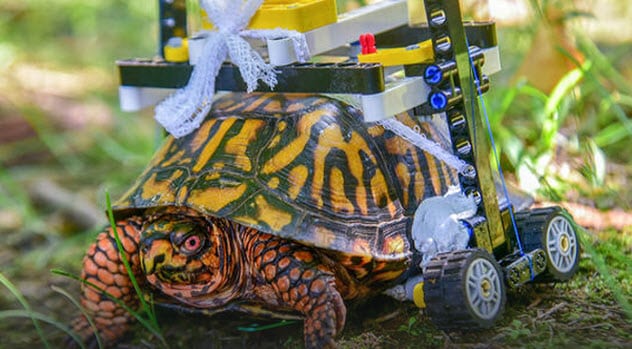 An injured turtle from the Maryland Zoo can now cruise in style with the help of a wheelchair made from LEGO bricks.

The reptile was found in a park in Baltimore by a zoo employee. It had multiple fractures on its plastron, the underside of the shell. Vets used metal bone plates, surgical wire, and sewing clasps to piece it back together. While the turtle could make a full recovery, it was important to keep the shell off the ground so that it could heal.

This presented a conundrum. Although various harnesses and wheelchairs for animals do exist, they don’t really come in tiny turtle size. Fortunately, one of the vets had a friend who was a skilled LEGO builder. After a quick brainstorming session, the prototype was ready a few weeks later.[6]

The turtle took to its LEGO wheelchair immediately and was able to move without any noticeable hindrance. 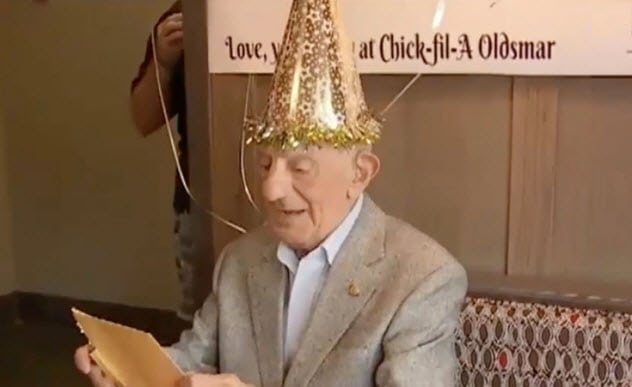 Fast-food chain Chick-fil-A decided to reward one of its most loyal customers with a surprise party and free food for life to celebrate his 100th birthday.

For the past two decades, Stephen Bellissimo has visited his local Chick-fil-A restaurant in Oldsmar, Florida, several times a week. He quickly became a favorite patron as he always took the time to chat with everyone who served him. He was known as “Mr. Steve” to the employees and even received a 50 percent discount.

This week, Mr. Steve turned 100 years old. When he went for his usual meal at the fast-food joint, staffers were on hand to throw him a party. The big surprise came at the end as Stephen was offered free food for life at his favorite restaurant. He described it as “the best gift I could ever receive” and intends to eat there every day for the rest of his life.[7] 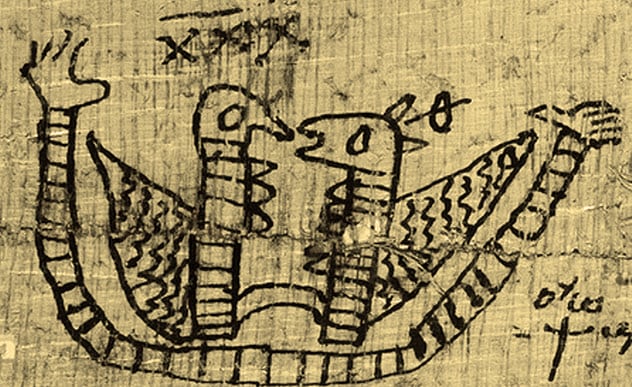 Macquarie University in Sydney, Australia, has a collection of roughly 900 papyri and papyrus fragments. One of them was recently deciphered and turned out to be an ancient love spell.

The papyrus features two birdlike creatures facing each other and surrounded by text written in Coptic. Parts of the text are missing, but it makes several references to characters and events from the Bible. The parchment was analyzed and decoded by Korshi Dosoo from the University of Strasbourg. He believes that the papyrus is 1,300 years old because it matches the style and content of other documents dated to that time period.

According to Dosoo’s interpretation, the two creatures depicted on the parchment feature slight differences to suggest that they are male and female. The fact that they are facing each other indicates that the magical recipe is a love spell.

There is also mention of deer musk perfume, a common ingredient in such incantations, and talk of avoiding Ahitophel, a biblical character who deserted King David and is meant to symbolize bad influences.

Dosoo believes that the goal of the spell may be to aid star-crossed lovers. Similar texts from that time often imply that the problem isn’t love but that the girl’s family forbids the relationship. At the same time, the researcher admits that other interpretations of the magic spell are possible, such as the two creatures actually being demons looking to manipulate someone.[8] 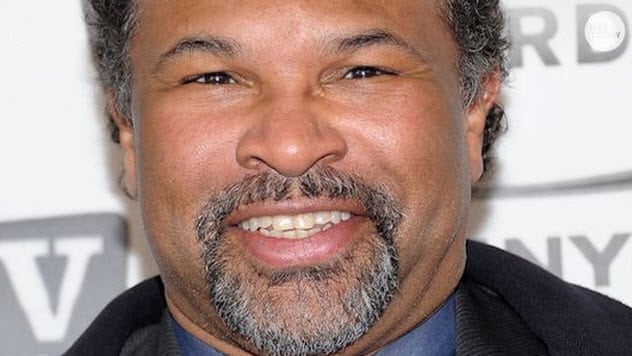 Actor Geoffrey Owens donated the money gifted to him by Nicki Minaj following his “job shaming.”

Owens is primarily known for playing Elvin Tibideaux on The Cosby Show. Afterward, he had only a few guest roles on various TV shows and needed ways to supplement his income. This became a pressing issue in recent years after The Cosby Show reruns were taken off the air due to the trial of Bill Cosby. Owens took work where he could find it, which meant a recent position as a cashier at Trader Joe’s.

Earlier this month, someone recognized him at his workplace and took a picture of him which went viral. A few publications ran with the story in a derisive tone, taking shots at Owens for where he ended up working after being on a hit TV show. This led to accusations of “job shaming.”

Many people, including other celebrities, rallied behind Geoffrey Owens. Tyler Perry offered him a 10-episode role on his soap opera The Haves and the Have Nots. Rapper Nicky Minaj pledged a gift of $25,000.

Although Owens was grateful for the money, he announced that he will donate it to the Actor’s Fund in memory of fellow The Cosby Show actor Earle Hyman.[9] 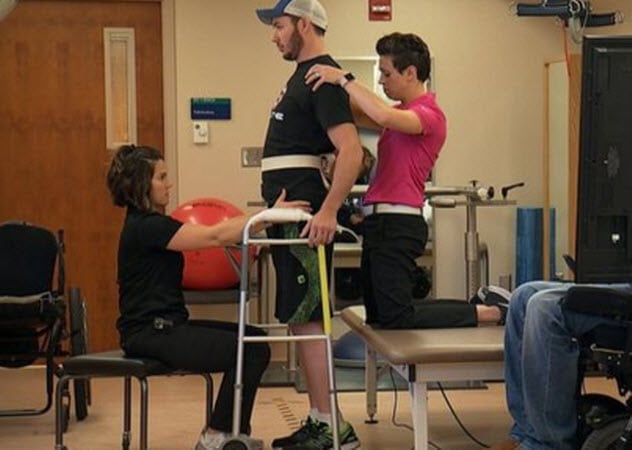 Three patients who were paralyzed from the waist down have been able to walk again following a revolutionary electrical implant.

Research teams from the Mayo Clinic and the University of Louisville talked about the technique in papers published in Nature Medicine and The New England Journal of Medicine. The implant consists of an electrical patch fitted to the spinal cord and placed below the injury. It acts as an intermediary between the brain and leg muscles, helping signals that get lost on the way.[10]

It should be noted that the operation still requires months of rehab therapy to work. Also, the patch does not repair the damage but rather bypasses the injury. If it is turned off, then the patient can no longer perform conscious movements of his legs. Mayo Clinic neurosurgeon Dr. Kendall Lee described the new technology as “very exciting” but still in its research stage.