Scientific data can be mind-numbing. Just ask any student who could not care less about the periodic table. But science also extends beyond the dry textbooks with worthy finds and mysteries.

Recently, the men and women in laboratory coats have traced the new history of the cosmos, viewed a strange light in the sky, and saw some amazing things for the first time—in space, inside Earth, and in the human body. 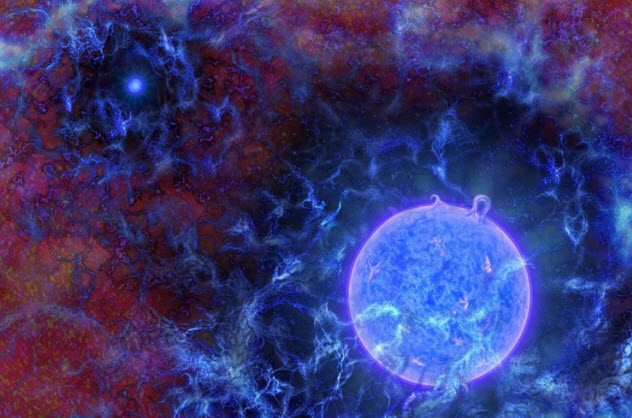 When the universe was still young (almost half a million years old), there were no stars. Some hydrogen gas hung around as well as the cosmic microwave background, a type of radiation still found throughout space. Scientists have long searched for the first stars, but it was like looking for a single note playing between blaring stereos.

Recently, refined technology detected the oldest hydrogen gas yet identified. Hydrogen is a star maker, so it piqued scientific interest. The faint signals are now viewed as coming from the oldest-known stars.

Scientists may never be able to view these wonders because they are too far away. However, their existence rewrites the history of the cosmos as far as the birthing of stars is concerned.[1]

Initially, the oldest galaxy detected by the Hubble telescope formed when the universe was 400 million years old. The new signals come from a corner that unfolded 180 million years after the big bang. Apart from having found the first stars, the study also showed that the universe was colder than expected. The physics behind this is not fully understood. 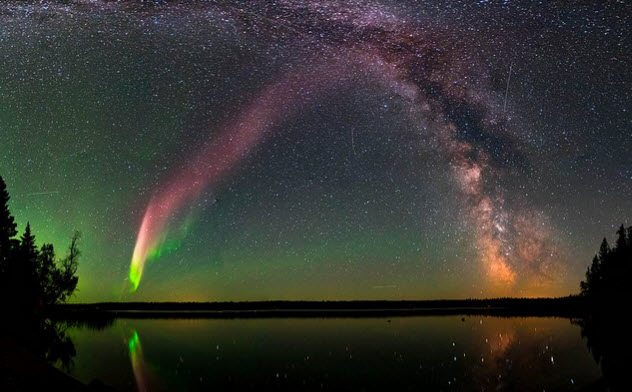 There is such an unusual thing in the sky that NASA launched a partnership with civilians to track and study it. Called “Steve,” it appeared with the green aurora borealis as a mesmerizing purple light. It has a trademark shape—a thin line curving for thousands of miles from east to west.

Sometimes, the unusual glow accompanies a normal green aurora and lasts for about an hour. At other times, the aurora borealis appears and there is no sign of “Steve.”[2]

The name was not a quick pick for a phenomenon first seen in 2018. The acronym stands for “strong thermal emission velocity enhancement.” The glowing arc first appeared in Canada but also put up an appearance later in Scotland.

When citizens initially noticed the light and took their photographs to scientists, the latter were stumped. All they know about Steve is that it is ionized gas traveling at 6.4 kilometers (4 mi) a second and that it does not form the same way as the northern lights, which are proton auroras born when atmospheric electrons collide. 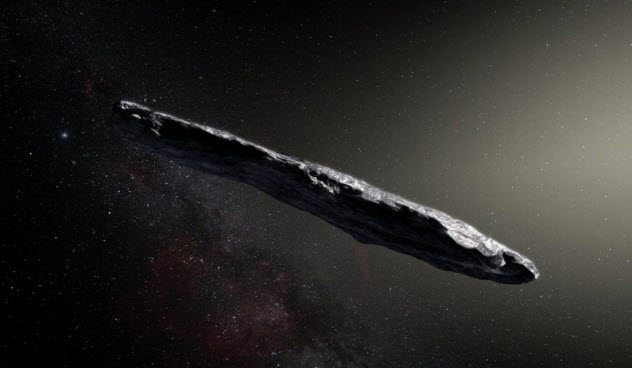 In 2017, the solar system welcomed its first visitor from another star system. The cigar-shaped asteroid, named ‘Oumuamua, is unusual in several ways.

First, it was an asteroid. These space rocks are usually locked in an orbit, and solar systems tend to eject comets more than asteroids. For some reason, the 400-meter (1,300 ft) asteroid got kicked out of its own solar system—which is believed to be unlike our own.

A binary system has two suns instead of one. The forces wrestling between a pair of suns are believed to be more effective at knocking asteroids from an orbit. ‘Oumuamua likely hailed from a two-star system which, during its own early formation process, bumped the asteroid into space.

The exact location of ‘Oumuamua’s home or how long it has been a free-range asteroid remains unknown. Astronomers could only study it for a week before the asteroid disappeared into space. Interestingly, the asphalt-colored rock had no ice. Instead, ‘Oumuamua carried organic molecules, the type believed to be the building blocks of life.[3] 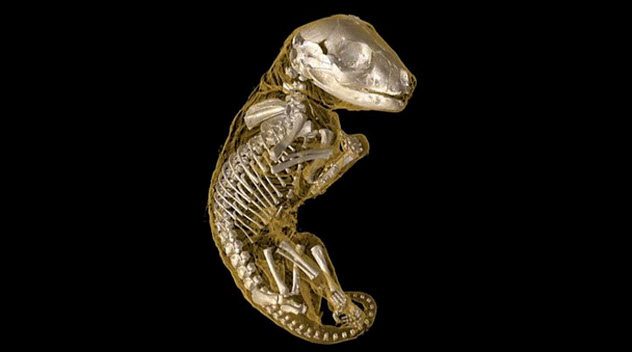 The latest studies investigating the extinct Tasmanian tiger revealed unknown facts and oddities. In 2018, all preserved baby thylacines were scanned. There are only 13 in the world, but they represent several stages of growth.

Very little was known about how the tigers developed, and the virtual autopsies showed that the “joeys” started out resembling most other marsupials. They were born with strong forelimbs and jaws to crawl into their mother’s pouch and latch onto a teat. Surprisingly, it was not until they were almost full-term (around three months) that they fully developed their hind legs and took on a doglike appearance.

Their resemblance to the canine family is another mystery. Thylacine skulls are nearly identical to those of the gray wolf and red fox. One of the most complete genetic profiles comes from a century-old tiger at Museums Victoria. It showed that a common ancestor has not linked thylacines with wolves and foxes for millions of years.

More sadly, it revealed that the striped marsupials had a dangerously small gene pool even before people began killing them. If they had not gone extinct in 1936 or seen a single hunter, thylacines would be fragile and sickly today.[4] 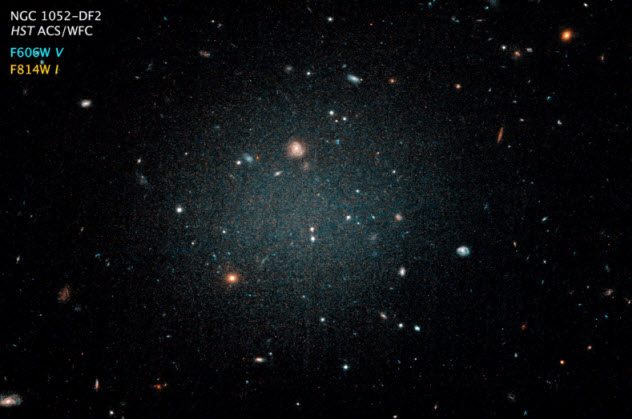 A galaxy bearing the dull name of NGC 1052-DF2 (DF2) is anything but boring. It defies a respected theory that dark matter is critical to the formation of galaxies. Even though it cannot be seen, dark matter is considered to be the scaffolding upon which the universe is built. Its interaction with normal matter was thought to spawn star clusters.

A study released in 2018 revealed that DF2 is empty of dark matter. This means that the mysterious material is not a key ingredient needed to bake a galaxy. While dark matter undoubtedly whipped up others, researchers are uncertain what went into DF2’s formation.

It even looks unusual. DF2 is so threadbare that distant galaxies can be seen behind it. Ironically, it makes the argument against the existence of dark matter obsolete. Such theories suggest that instead of being real, dark matter is an illusion born from a lack of understanding how gravity works in space. However, to be true, every galaxy must show this illusion. The very lack of dark matter in DF2 proves that these theories are not true.[5] 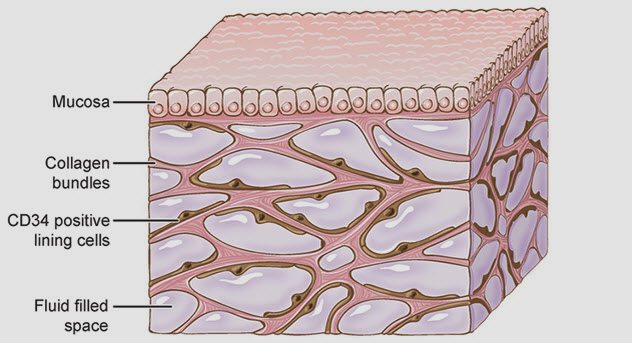 Considering how detailed the study of anatomy is, one would not expect the discovery of a new human organ. Yet, one was recently identified. Forget a single mass at one location in the body. Called the interstitium, it shows up wherever there is connective tissue. This includes the digestive tract’s lining as well as beneath the skin, lungs, and urinary systems. It also surrounds our muscles.

The interstitium is a network of fluid-filled spaces and appears to be the body’s own shock absorber. Scientists did not miss the body-wide organ all this time—they just failed to realize what they were looking at. The interstitium resembled what doctors thought was pure collagen, a supportive substance in connective tissues.

For decades, the standard process of preparing tissue for microscopic studies destroyed the organ. Cutting thin slices drained the fluid, and the whole thing collapsed.[6]

The truth emerged when doctors viewed microscopic tissue with new imaging technology. Even then, it happened by accident. Doctors examined a sample to determine if a patient’s cancer had spread when they noticed the network that holds about a third of the body’s water. 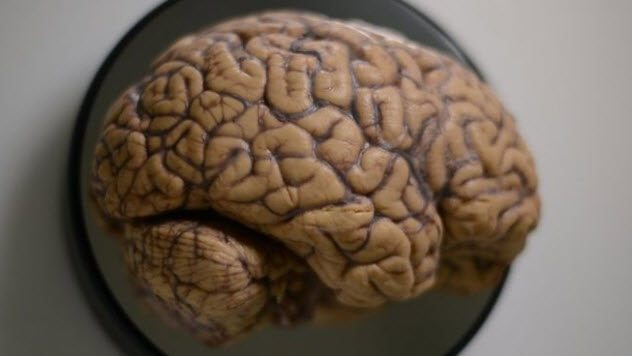 In 2017, brain researchers found something that destroyed the belief about how memories are made. Previously, it was thought that after something happened in the present, the event was stored in the hippocampus as a short-term memory. The “file” was eventually archived in the cortex and only then became a long-term memory.

In 2017, tests on mice uncovered the real process and it surprised even the experts. The brain does not create memories in the above manner. Instead, it makes two identical memories. They form immediately and together—one in the hippocampus and a copy in the cortex.[7]

However, the memory in the long-term cortex appears to be dormant for the first few days. If something damages the connection between the two brain areas before the cortex can activate the memory, long-term recall of the event is also lost. The surprising discovery that the cortex already holds memories but interference blocks them may one day help with the treatment of Alzheimer’s and memory loss. 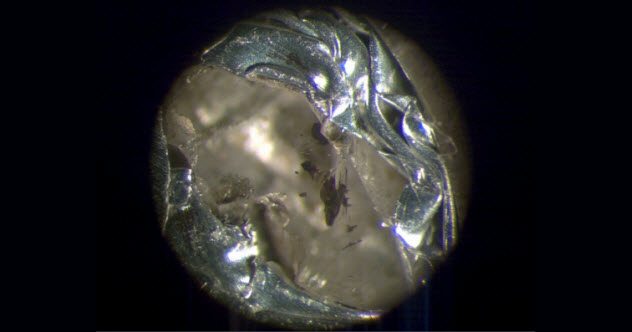 South Africa’s Cullinan mine is famous as the source of the diamond now divided among the British crown jewels. Recently, the mine produced another. But unlike the massive Cullinan Diamond, the new stone was 3 millimeters (0.12 in) across.

Scientifically, it was more valuable than any other diamond. Inside its depths sat a mineral never before seen in nature. Called calcium silicate perovskite (CaSiO3), it cannot remain stable at the surface. Trapped inside a diamond, however, the mineral remained intact and visible.

The gemstone was extracted from a shallow depth of 1 kilometer (0.6 mi) but was forged 700 kilometers (435 mi) deep. This is exactly where CaSiO3 was theorized to exist as the world’s fourth most abundant deep mineral.

Analysis of the perovskite’s composition also showed that it came from an oceanic crust pushed deeper into the Earth. This provided irrefutable proof that plates are recycled back into the mantle.[8] 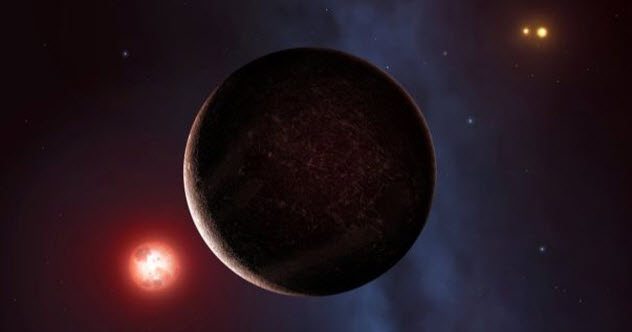 Exoplanets are worlds outside our solar system. Understandably, the biggest hurdle to studying them is the great distances involved. To make things easier, scientists recreated the atmospheres of nine alien worlds in the laboratory. This feat had never been achieved before.

Gas blends enriched with hydrogen, water, or carbon dioxide were mixed with a cold plasma discharge. The resulting chemical processes were colorful, akin almost to the northern lights. One world even produced an olive green shroud.[9]

For three days afterward, the artificial skies produced haze particles. It may sound like scientists are wasting time making strange puffs, but this is a huge step in exoplanet exploration. Under the right conditions, these hazes have the potential to support life. If such atmospheres can be identified in the laboratory, it will narrow down where to look in space. 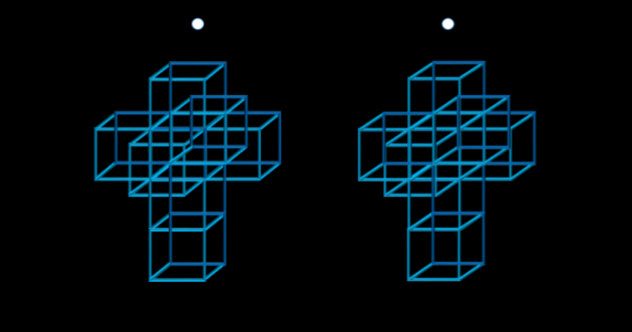 In Edwin Abbott’s novel Flatland, the main character was a square living in a two-dimensional world. Since it viewed everything in 2-D, the square perceived other flat geometric shapes only as lines. It was not until a sphere from the 3-D world visited the square that the latter understood its reality.

Similarly, researchers have always theorized about an extra spatial dimension beyond width, depth, and height that would make humans Flatlanders to a 4-D world. This additional “layer” would be beyond the perception of three-dimensional existence. Thus, staring directly into the fourth dimension is impossible.

In 2018, however, researchers announced that they had confirmed the existence of another dimension. They snared ultracold atoms in a 2-D netting and observed something called the quantum hall effect, a behavior seen in electrons trapped in a 2-D environment.[10]

In this case, the frosty atoms performed in a manner believed to be possible only inside a four-dimensional environment. In effect, similar to how shadows appear 2-D in this reality, scientists observed the 3-D quantum “shadow” of something in the fourth dimension.

Read about more incredible scientific finds on 10 Recent And Surprising Scientific Finds From Around The World and 10 Amazing Scientific Discoveries Of 2016.