Our relationship with gravity takes each of us back to about first grade, when we initially learned about this amazing force. However, gravity is so much more than the force that holds us on Earth.

In school, we learn some basic ideas about gravity. But these give rise to many misconceptions and gaps in our understanding of this important physical force. Here are 10 mind-bending theories and facts that you probably didn’t learn about gravity. 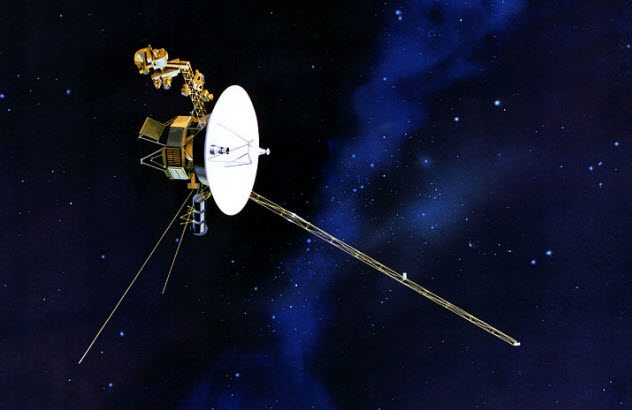 It is a myth that gravity is a scientific law. If you were to do an online search about gravity, you would probably see many articles popping up about the law of gravity. However, in the scientific world, laws and theories are very different. A scientific law is a fact that is based on data and relationships that describe exactly what is happening. In contrast, a theory is an idea that is used to explain why certain phenomena occur.[1]

When we think about gravity using the definitions of scientific laws and theories, it becomes clear why gravity is a theory and not a law. Scientists have not been able to measure gravity for every star, moon, planet, asteroid, or atom in the universe.

Voyager 1 (a man-made space probe) has traveled approximately 21 billion kilometers (13 billion mi) from Earth. This craft has left our solar system but not by much. Just by looking at Voyager 1’s decades-long journey alone, it is obvious why scientists have not been able to study the gravity of every star, moon, planet, asteroid, and atom. Our universe is just so big!

9 There Are Gaps In The Theory of Gravity 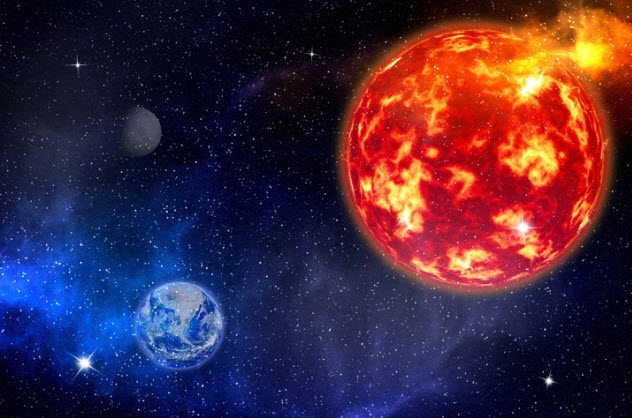 After learning that gravity is just a theory, another curveball is thrown at some of us. Some gaps in the theory of gravity suggest that it is not as believable as we once thought in the first grade. A lot of these gaps have to do with what we can see in our solar system, but some can be seen here on Earth.

In school, we also learned about Isaac Newton, the “discoverer” of gravity who acknowledged a potential gap in the theory. Newton created a new branch of mathematics called fluxions, which he used to develop the theory of gravity. Fluxions may not sound familiar to us, but what it eventually turned into will.

Today, we call it calculus. Although many of us study calculus at some point in our lives, this area of mathematics has also proven to have flaws in it.[2] Thus, there may be flaws in how Newton “proved” his theory of gravity. Albert Einstein’s general theory of relativity (aka Einstein’s theory of gravity) was proposed in 1915. Around the same time, a phenomenon called gravitational waves was also hypothesized. It was not until 1974 that this theory was proven.

Gravitational waves are ripples in the space-time continuum caused by violent happenings in the universe. These happenings can be anything from the collision of black holes to the wobbly rotation of neutron stars to a supernova. When one of these events occurs, gravitational waves ripple from the scene like waves moving away from a rock thrown into water. The waves travel at the speed of light through the universe.

For over 40 years, scientists have been monitoring their first find of gravitational waves, the one that proved they existed. These waves were caused by two dense, heavy stars orbiting each other because of gravitational pull. Over time, it was observed that the stars were orbiting closer and closer to one another at the rate predicted by Einstein’s theory. Thus, it was proven that gravitational waves do exist.[3] 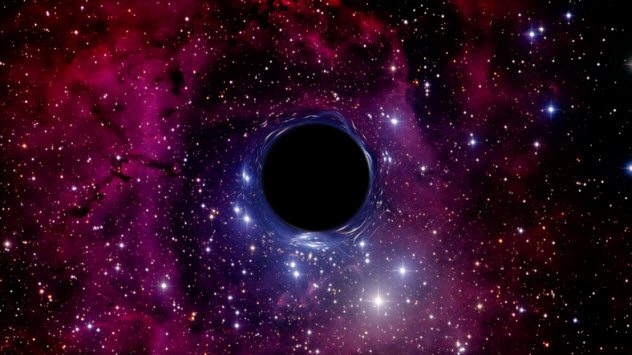 Black holes are one of the greatest mysteries of the universe. They are formed when a star collapses in upon itself, which creates a supernova. This supernova will blast parts of the star out into space and can create a region in space where gravity is so strong that light is not able escape from it—the black hole. Gravity does not form black holes, but it does play a key role in helping us understand and learn about them.

6 The Theory of Dark Matter And Dark Energy 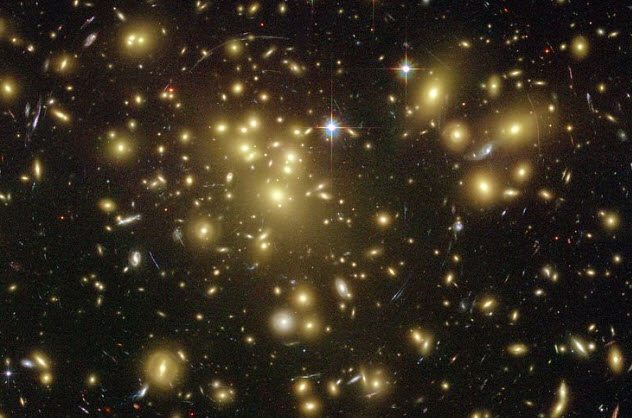 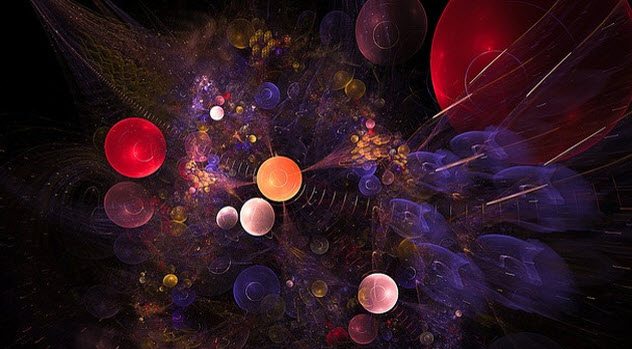 When we learn about gravity in school, we learn that it is a force. But it may be even more than that. Gravity might actually be a particle called a graviton.

Gravitons would be the basic unit of gravity and emit a gravitational force. Physicists have not detected any gravitons, but they have many theories about why they should exist. One of these theories is that gravity is the only force (of the four fundamental forces of nature) in which a basic unit has not been detected.

Although gravitons may exist, it would be extremely hard to identify them. Physicists theorize that gravitational waves are made of gravitons. To search for gravitational waves, we could do a simple experiment in which we bounce light off mirrors to see shifts in their separation.

Unfortunately, this would not work for detecting the minute distance changes caused by gravitons. Physicists would need to use mirrors that are so heavy that they would collapse and form black holes.[6]

So that is not going to happen in the near future. For now, physicists are looking toward the universe (the largest thing they can) to help them detect the effects of gravitons. 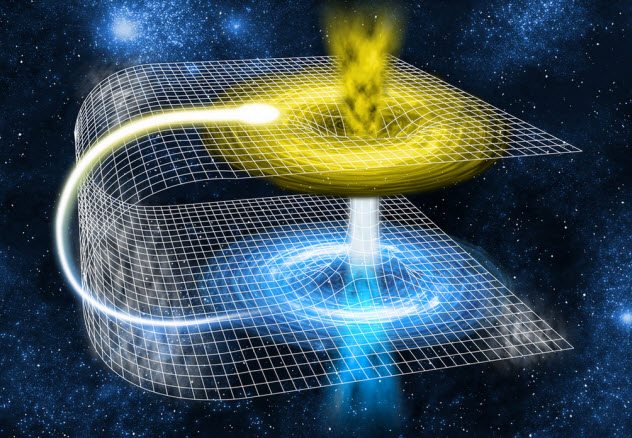 Wormholes are a great mystery in our universe. How cool would it be to go through a space tunnel at the speed of light to travel to another galaxy? Well, if wormholes do exist somewhere in our universe, that might be possible. Right now, there is no proof that they exist, but physicists think one way to create them would be with gravity.[7]

By using Einstein’s general theory of relativity, physicist Ludwig Flamm described how gravity is able to bend space-time, which could theoretically cause wormholes to form. Of course, other theories about the formation of wormholes also exist.

3 Planets Exert A Gravitational Force On The Sun 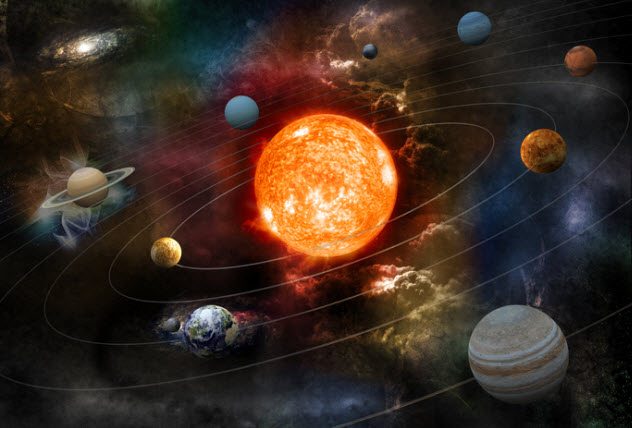 However, each planet or other object with mass in our solar system also exerts a gravitational force on the Sun, other planets, and any other object that has mass. The degree of force exerted depends on the mass of the objects and the distance between them.[8] 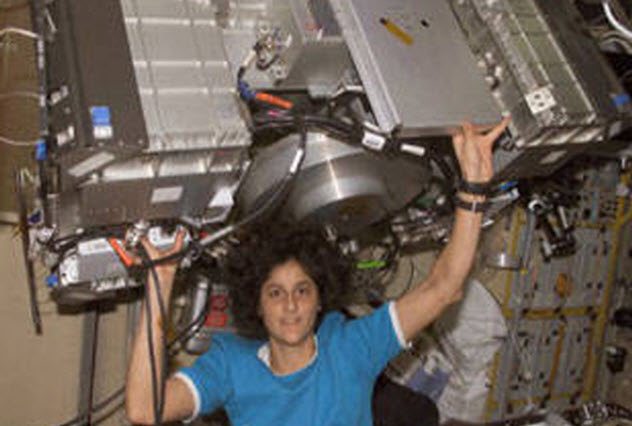 We all have seen pictures or heard stories about astronauts floating around in space because there is no gravity. Even though this is a common portrayal in movies, there actually is gravity in space.[9]

Gravity breaks down and gets weaker with distance. In space, there is microgravity because everything is much farther apart than it is here on Earth, where gravity is stronger.

Gravity also gets weaker at the very small level. Think about the atom. It is so small that it will have a very weak gravitational force associated with it. As atoms combine, their force gets stronger. 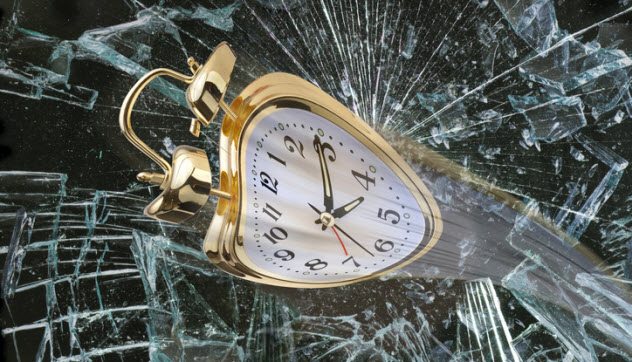 Time travel is mystery that has fascinated us for years. Many theories, including the theory of gravity, could explain why time travel may actually exist. Gravity produces a bend in space-time, which causes objects to move in a curved path. As a result, objects in space move slightly faster relative to those on the ground on Earth. To be exact, the clocks on space satellites gain 38 microseconds a day.[10]

Since gravity in space is causing objects to move faster in space than on Earth, astronauts are considered to be time travelers when they come back to Earth. The effect on astronauts is so small that you would not notice it. But it does raise the question: Could gravity eventually cause the kinds of time travel that we see in the movies?

I am a teacher who enjoys writing in her free time.

For more scientific facts and theories that will fascinate you, check out 10 Common Misconceptions About Space and 10 Strange Earthly Mysteries That We Finally Understand.