The world of genes is as endless and enigmatic as outer space. Only this frontier exists within and rules more behaviors and human history than most are aware of (scientists included).

Recent finds have discovered that genes hold our emotions closely and some are way too friendly with viruses. Sometimes, they are viruses. They allow dreams and addictions and drag trauma through the generations. Besides also causing a few mysteries, genes get dramatic—fighting the final moment of death with a tenacity that gets downright weird. 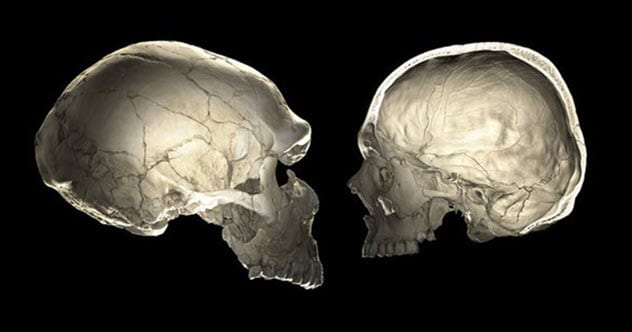 Around 40,000 years ago, Neanderthals bowed out of existence. Thanks to interbreeding, many of their genes live on in people today. In the past, studies found Neanderthal influences in human hair color, immunity, and sleeping behavior.

In 2018, scientists wondered about brains. There is a suspicion that Neanderthals had elongated brains. Their brain cases were football-shaped as opposed to the basketball-shaped heads of Homo sapiens.

As a fossilized Neanderthal brain has never been found, it could have been any shape. The closest anyone came to reverse engineering the extinct organ was to study living Neanderthal DNA carriers.

The team scanned the heads of over 4,500 people with European ancestry and seven Neanderthal skulls. It showed that carriers often had slightly longer brains. Two genes also showed up with the longer heads. UBR4 and PHLPP1 are both linked to brain cells and appear in important parts of the brain responsible for language, planning, motor movement, and memory.[1]

Despite the similarities, it is believed that this pair evolved to work differently and perhaps even mark major behavioral distinctions between the two species. 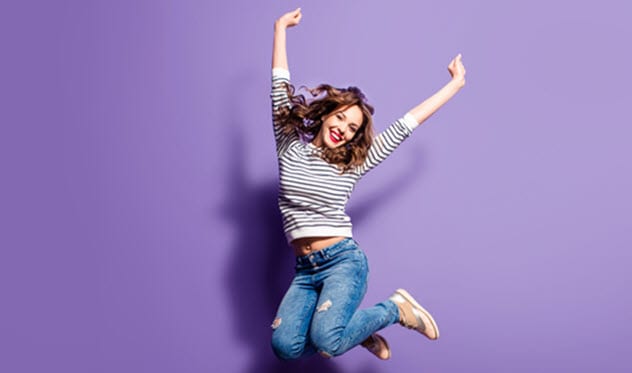 In 2014, a study took a serious look at happy countries. When it comes to fluffy feelings and smiles, Scandinavian countries, especially Denmark, top the list. Many nongenetic factors influence happiness, including quality of sleep, relationships, and personal achievements.

However, researchers were curious about how entire countries could hold so many happy people. The study considered proximity and genes from over 100 countries to see how similar their DNA was to the perky Danes.

Incredibly, the closer a nation was to Denmark, the happier its rank. Countries far away, like Madagascar and Ghana, ranked more in the sad department. One reason could be the mutation of a gene dealing with serotonin, the “happiness chemical.”[2]

A controversial group of studies found that people with the mutation were more prone to report unhappiness. The 2014 study revisited this angle and tested individuals from 30 countries for the gene. Interestingly, Denmark and the nearby Netherlands had the fewest number of the mutated gene. Italy, which had the highest, held the bottom slot (the unhappiest of the 30 countries). 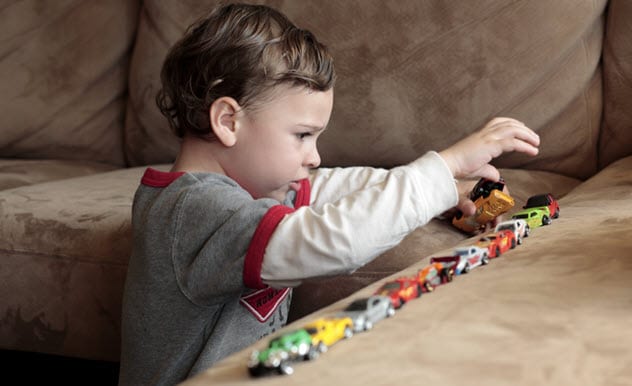 Excelling in empathy, charm, and making friends is largely judged by how well somebody was raised and how much social practice they have had. However, it would appear that these traits are also affected by how many variants of autism risk genes a person has.

This does not mean that everyone is a little autistic. It means that the factors that used to be entirely associated with autism also powerfully influence social communication—and it blurs the line where one can say whether a person is affected or unaffected.[3]

Everyone carries risk because 30 percent of the genome (the entire genetic code) is shared between genetic influences for the spectrum and social communication. 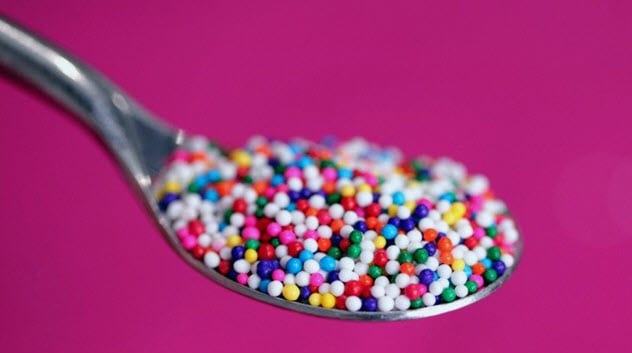 The UK Biobank is a geneticist’s dream. It contains the health information—including saliva, blood, and urine samples—of 500,000 people. In 2018, researchers turned to the Biobank to investigate a gene called FGF21. This bad guy is linked to the desire to consume more sugar and alcohol.

Although the bank provided enough genetic material to get real answers about how FGF21 works, it actually made things more confusing. Surprising even the experts, it soon became clear that FGF21 also played a role in lower body fat despite its habit of encouraging snacks.

At the same time, the gene revealed another nasty side. Certain variations cause high blood pressure, a bigger risk of developing type 2 diabetes, and, ironically a bigger waistline. The FGF21 gene is a perfect example of how complex and contradictory gene studies can be.[4]

At least there is a silver lining. The discovery of the lower body fat link could help develop a new gene-linked line of obesity drugs. 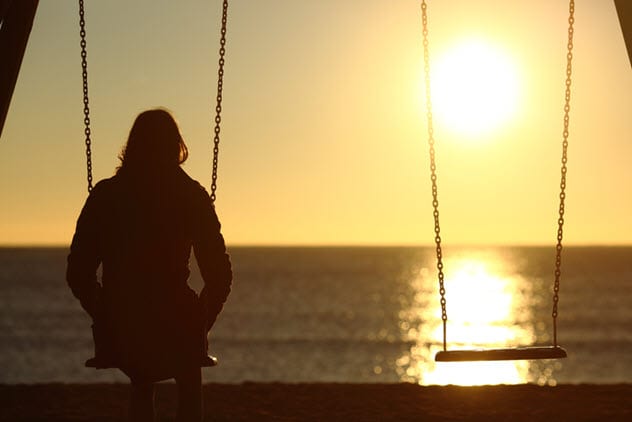 The UK Biobank has a lonely corner, too. In 2018, researchers drew on 487,647 patients’ genes to search for sadness. Indeed, the results showed that genetics influence how often people feel like socializing and how lonely they feel. In fact, the study uncovered 15 gene regions capable of giving someone feelings of isolation and the blues.

Understanding loneliness is not a whimsical hobby for scientists. The condition has been linked to premature death and the 15 regions to obesity. If the latter affects a lonely person, the results suggested that weight might become more manageable when loneliness is also addressed. Of course, sadness could also be caused by environmental factors, such as bereavement, going through a tough time, or not having friends.

But the 2018 study made a strong case that up to 5 percent of loneliness might be an unwelcome genetic inheritance. Such genes could also explain why some people are champion hermits who love a solitary life. They seem to be less affected by a genetic need for socializing.[5] 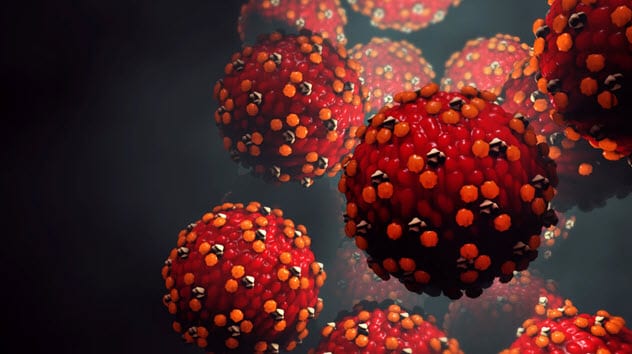 The human body is home to a two-faced gene. Called ADAR1, it has a very important job. ADAR1 protects against autoimmune disorders, which happen when the body attacks itself.

In 2018, a study found that this valuable gene also moonlights as a virus usher. Normally, it behaves like a virus cop and stops large amounts of viruses. But the moment a small number creep closer, ADAR1 does something disturbing. It secretly ushers in the intruders but underneath the radar of the body’s immune system.

When scientists ran some tests, they found that the quirk was thankfully only so strong. Using measles, they infected designer tissue. Cells designed to lack the gene very quickly betrayed the virus’s presence to the immune system. Cells with ADAR1 could sneak 1,000 pieces of double-stranded viral RNA into the body. But any more and the immune system attacks.[6]

It might appear that the landscape is safer without the gene. But without it, the body becomes vulnerable to terrible autoimmune disorders. 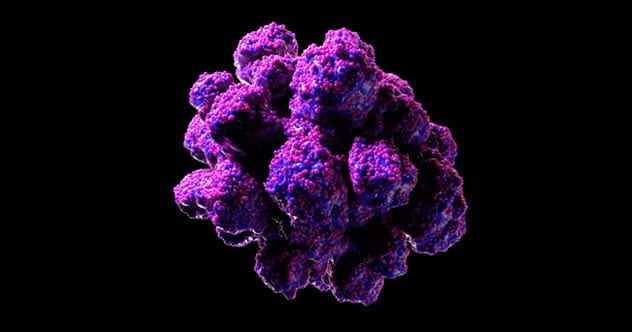 About 5–10 percent of the global population carries an ancient virus. Thousands of years ago, a retrovirus entered the human gene pool and left traces of itself in our DNA. Those who have the HK2 virus face a special risk of addictive behavior.

In 2018, scientists did a wide study involving several countries and patients with HIV or hepatitis C. Interestingly, those who contracted HIV through shared needles were 2.5 times more likely to have HK2 than patients who became HIV-positive through other means, like having unprotected sex. Those who contracted hepatitis C through needles were 3.6 times more likely to carry HK2 than those who were infected in a manner unrelated to drug use.

Previous to this study, it was discovered that the viral traces sat on a gene called RASGRF2. Unfortunately, this booger is crucial in releasing dopamine, a neurotransmitter deeply wired into the brain’s pleasure circuit. HK2 seems to milk the dopamine gene, prompting people to repeat pleasurable and addictive behaviors.[7] 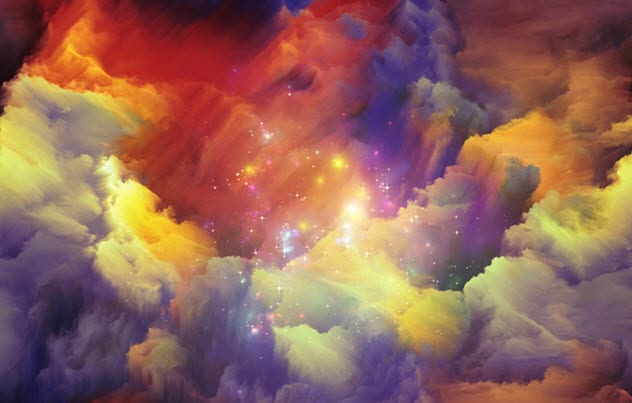 During sleep, most mammals experience different phases. People and mice undergo a stage called rapid eye movement (REM) during which they dream. In 2018, researchers played around with genes to see which were essential to REM and, by extension, for dreams.

To find out which ones were responsible for triggering REM once the acetylcholine connected, researchers removed the genes for each. One by one, they plucked them from the brains of mice and watched what happened.

Some receptors had nothing to do with REM. When they were removed, the mice slept well and had great dreams. Things got interesting when the genes for receptors Chrm1 and Chrm3 were snipped.

The loss of one resulted in shortened sleep and broken REM time. When both were removed, the mice could not enter REM. Interestingly, past belief dictated that a REM-free brain was a fatal condition. The dreamless mice survived.[8] 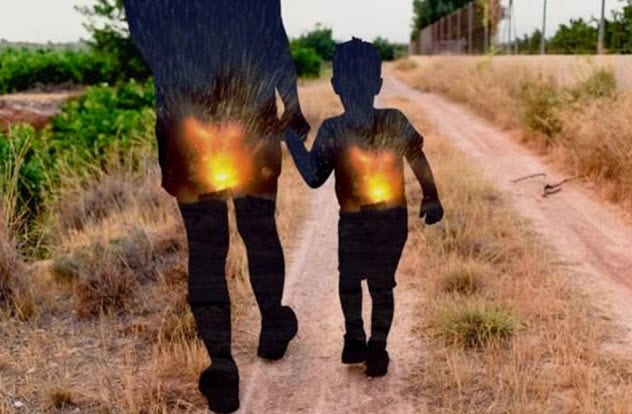 Epigenetics allows chemical tags to appear and disappear from DNA, modifying the genetic code as the environment changes. This makes DNA flexible without permanently altering it. Oddly, it also appears to hand down a man’s trauma to his sons and grandsons.

A good example involved soldiers who survived the Confederate prisoner-of-war camps during the US Civil War. Near the end of the war in 1864, camp conditions were harsh. Any children the prisoners had before the war showed no unusual statistics in relation to the children born to non-prisoners. Any daughters the POWs had before or after the war showed no detrimental effects, either.

However, even though they never suffered like their fathers, sons born after the war to POWs had an 11 percent higher death rate. Specifically, they suffered higher rates of brain hemorrhage and cancer. Clearly, there are some epigenetic changes to the male Y chromosome, but nobody understands the exact process of trauma inheritance.[9]

It is a surprise, really. When a mammal embryo forms, it rapidly loses certain paternal DNA, including the sites relevant to epigenetic-related trauma. 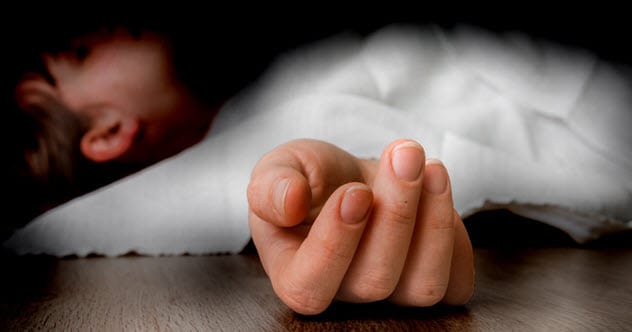 In 2016, one of the most bizarre genetic discoveries came to light. Intrigued by previous studies suggesting that some genes temporarily stayed alive in humans after death, scientists performed an in-depth study. The results were jaw-dropping.

They found over 1,000 living genes in carcasses. Surprisingly, their activity increased once death occurred. For now, the tests were only done on mice and zebrafish, but the outcome was still noteworthy. Over 500 mouse genes worked at full capacity for a full day after death. In zebrafish, 548 genes fully functioned for up to four days.[10]

A closer look revealed something weird. All the genes belonged to a group that kicks things up a notch during an emergency. In other words, during a person’s or animal’s life, the genes would recognize stress and infection as emergencies. Even stranger, some exist purely to build an embryo.

It could be the body’s last attempt to survive, fighting death as an infection and attempting to regenerate itself with the embryo genes. This last stand is flawed. In addition to the fact that death cannot be reversed, the darkest genes of the cluster are known to promote cancer.

Read more fascinating facts about genes on 10 Things Surprisingly Controlled By Our Genes and 10 Mutant Genes That Could Make You Superhuman.