At the end of the week, Listverse is the perfect place to catch up on the bigger stories that you might have missed. You can read about the weird and unconventional stuff on the offbeat list. Here, we’ve got you covered if you are looking for something more upbeat and inspirational.

There are multiple uplifting animal stories this week, including the daring rescue of a drowning dog, a chicken with a 3-D printed leg, and successful brain surgery performed for the first time ever on a kakapo. In other news, a young girl wants to train dragons, a boy marvels at opera, and a veteran looks out for his comrades. 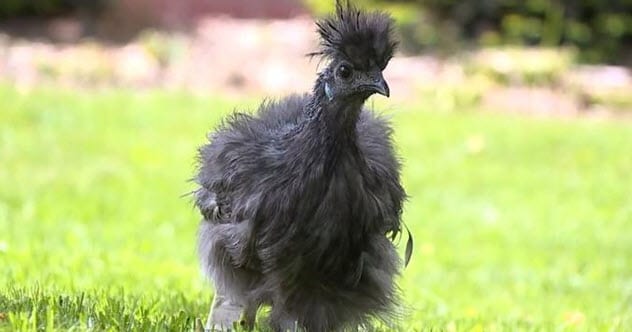 How did the one-legged chicken cross the road? Thanks to a 3-D-printed prosthetic leg made by eighth-graders.

Admittedly, the punch line might need a bit of work, but that does not make it any less true. Briannah Miller, an eighth-grade student from the East Lycoming School District in Pennsylvania, has a pet blue Silkie chicken named “Blue.” Last fall, a raccoon broke into the Millers’ chicken coop and attacked the birds. Although Blue survived, her leg was injured.[1]

Briannah’s STEM class teacher Brandi Dillon heard about the chicken’s predicament and thought that helping Blue would make a good class project. Her students used design software named Tinkercad to create their models of a prosthetic leg for a chicken. They took the best one, brought it to life on a 3-D printer, and fitted it to Blue.

So far, the Silkie chicken has adapted well to her new equipment. Briannah is glad to have her sidekick back, and her STEM group plans to continue adjusting the leg to make it fit even better.

9 How To Train Your Dragon 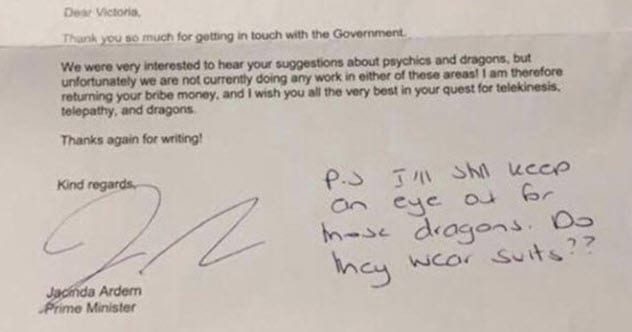 A political scandal has rocked New Zealand as Prime Minister Jacinda Ardern disclosed an attempted bribery to get her government to fund dragon research.

The prime minister revealed a letter exchange with an 11-year-old named Victoria. The young girl wanted to become a dragon trainer, and she considered that she needed telekinetic powers to do that. Victoria was keen to know what progress the New Zealand government was making in those areas. She even included a NZ$5 banknote as “enticement” to speed things along.

Ardern wrote back on official letterhead, informing Victoria that, unfortunately, her administration was not researching either of those fields. She wished the girl good luck on her quest for telekinesis and dragons and returned her bribe money.[2]

A man abandoned his own birthday celebration to jump in New York’s East River and save a drowning dog.

Gabe Castellanos was at a waterfront restaurant with friends when he noticed a dog in the water. She was clearly in peril and struggling to stay afloat. Castellanos forgot all about the festivities. He donned a life jacket and jumped in the river to rescue the pooch.[3]

The dog was a two-year-old female named Harper. She was out for a walk with her pet sitter who got hit by a taxi running through a stop sign. The sitter was all right, but the incident caused Harper to panic and run into the East River.

When Castellanos reached her, the dog was still shaken up and lashed out at her savior out of fear. She bit his hand and scratched his face, also chipping his tooth in the process.

Undeterred, Castellanos grabbed Harper’s collar tight and guided her toward the shore. He had no hard feelings toward the dog and said that he “needed teeth work anyway.”

7 A Night At The Opera 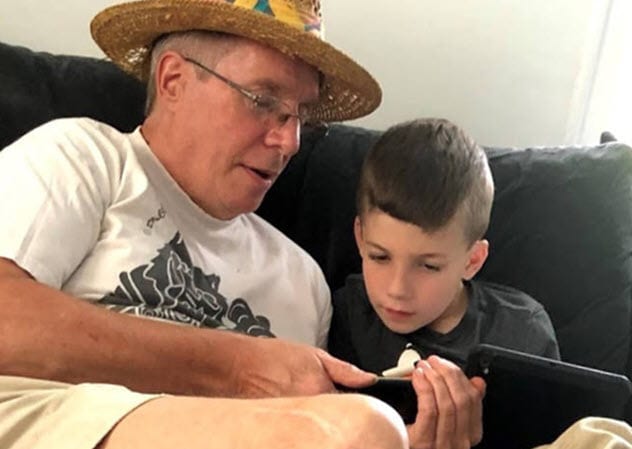 After almost a week of searching, the Handel & Haydn Society found the child who complimented its performance with a loud “wow” following a rendition of Mozart‘s Masonic Funeral Music.

Two Sundays ago, the orchestra played a concert at the Symphony Hall in Boston. The end of the Mozart piece was followed by a few seconds of silence and then an admiring “wow” from an enthralled young concertgoer.[4]

Handel & Haydn Society President David Snead was delighted with the boy’s genuine reaction, as was conductor Harry Christophers. They launched an effort to track him down with the help of several local radio stations.

They identified the boy as Ronan Mattin, a nine-year-old from New Hampshire who attended the performance with his grandfather, Stephen. Ronan has autism and rarely expresses himself verbally. But on that occasion, he was completely captivated with the show.

Snead said that he will organize a Skype meeting between Ronan and Harry Christophers, who is back in England. However, when the 2019–2020 season opens in October, the boy and his family will have front row seats for another Mozart concert and will be able to go backstage to meet the musicians.


6 How A Bird Came Back From The Dead 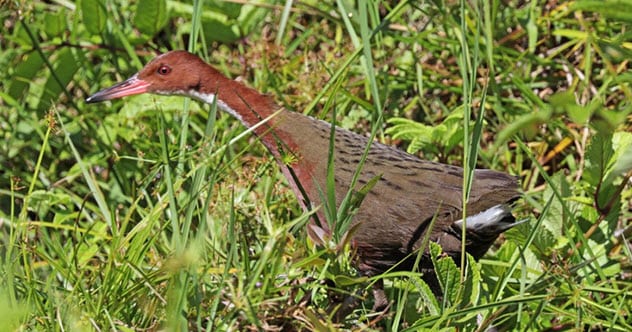 A new study published in the Zoological Journal of the Linnean Society says that an extinct species of bird known as the Aldabra rail came back into existence thanks to a rare case of iterative evolution.

This is not a case of a Lazarus species where an animal thought to be extinct is rediscovered. At one point in history, the Aldabra rail was completely wiped out. However, iterative evolution means that the species evolved again from the same ancestral lineage at a later date.

The bird is a subspecies of the white-throated rail native to Madagascar. The rail is a prolific colonizer and, whenever its numbers swell up, large groups take off for greener pastures.

One flock of rails reached the Aldabra Atoll in the Indian Ocean. Food was plentiful, and there were no predators. So the bird stayed there. Over tens of thousands of years, it evolved to be flightless and became the Aldabra rail. However, 136,000 years ago, the whole island was submerged below the sea and the Aldabra rail went extinct.[5]

Scientists from the University of Portsmouth found similar fossils of the bird from before and after the flood. Thousands of years after the event, conditions were right for the animal to appear once more.

The white-throated rail again set off from Madagascar and landed on the atoll. It became flightless once more and evolved into the Aldabra rail we have today. Coauthor David Martill called this the best demonstration of iterative evolution ever seen in birds. 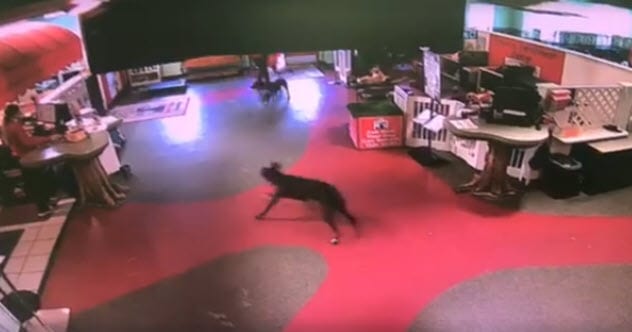 Sometimes, a dog just wants to be with his friends. That was the case with Hugo, a pup who ran away from home and took a trip through town to his doggy daycare to hang out with his pooch pals.

Hugo is a regular boarder at the Happy Tails Pet Hotel and Playland in St. Ann, Missouri. Clearly, he likes it there because he decided it was time for an unscheduled visit last week. He took off from home and ran about 1.6 kilometers (1 mi) to reach the doggy daycare. Fortunately, he made it there safely.[6]

Surveillance footage from Happy Tails caught the moment when an employee opened the door. This allowed an excited Hugo to sprint inside and reunite with his play pals.

The uplifting video of the week goes to Phoenix Swonger, a five-year-old martial arts student who managed to overcome a difficult challenge thanks to overwhelming encouragement from his entire class.

A video of Phoenix’s struggle and success was shared online by his mother, Claudia, and quickly garnered tens of millions of views. In it, the karate kid is taking his test for a yellow belt at Bobby Dixon’s American Martial Arts Academy in Orlando, Florida. Part of this challenge involved Phoenix breaking a board with a heel kick.

A few occasional words of encouragement can be heard as Phoenix makes several unsuccessful attempts to split the board in two. At one point, he breaks down in tears. That is when the other students rally behind him and all start chanting his name.[7]

With renewed resolve, Phoenix kicks the board again and breaks it on another try. The entire class erupts in cheers and excitement. 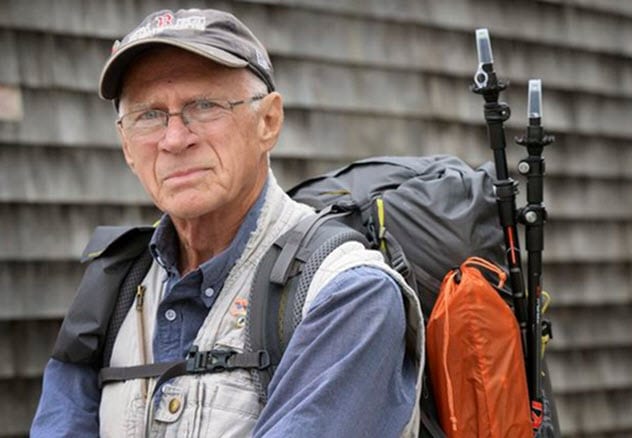 A 71-year-old vet from Massachusetts set off on a 4,830-kilometer (3,000 mi) trek across the United States to raise awareness for the issues that plague the veterans of America.

William Shuttleworth decided he wanted to do this after working in a California park last year. He met a lot of veterans who had to camp out there because they were either homeless or struggling to make ends meet.

Despite being a septuagenarian, Shuttleworth is an experienced hiker and still regularly walks around 32 kilometers (20 mi) each day. He thought that now was the time to take action while he still has his good health.

Shuttleworth took off on the voyage he named “Vets Don’t Forget Vets” from Newburyport, Massachusetts, on May 15. He expects it to take around seven months with the finish line at Vandenberg Air Force Base in Santa Barbara County, California.

On the way, Shuttleworth plans to talk with as many veterans as possible as well as their families and elected officials. He wants to direct attention to issues like better medical care, the election of more veterans to public office, and the elimination of veteran homelessness.[8] 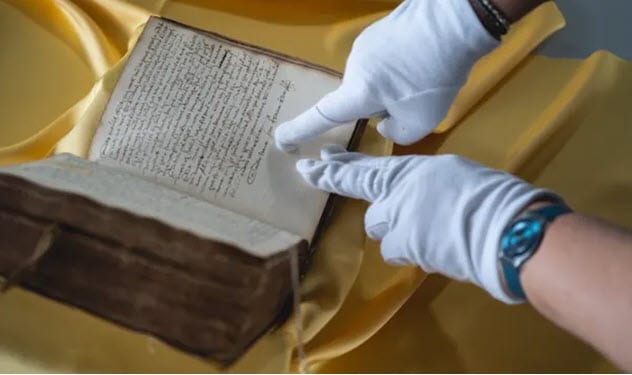 This week, the Netherlands marked the 400th anniversary of the death of Johan van Oldenbarnevelt, one of the country’s most prominent statesmen. In what is being described as a “little miracle,” Dutch scholars have recently found Van Oldenbarnevelt’s diary that was lost 200 years ago.

The statesman played a pivotal role in the Dutch revolt against Spain and the formation of the Dutch Republic. He was arrested after a falling-out with Maurice of Nassau and was executed on May 13, 1619.

During the eight months of his imprisonment, Van Oldenbarnevelt’s movements were restricted. But his loyal servant, Jan Francken, was allowed to visit him. He smuggled in pen and paper and kept a diary of events until his master’s execution.[9]

The 40-page manuscript became a significant historical document. But 200 years later, it simply disappeared. The last record of its existence came in 1825 when a pastor copied it by hand to disseminate it to the public.

Now it seems that the diary has been recovered. It has already been authenticated by the Royal Library in The Hague. Like many artifacts, it had been sitting in a private collection for centuries. The owner did not even know exactly what he possessed.

The diary is currently on display at the Flehite Museum in Van Oldenbarnevelt’s hometown of Amersfoort alongside the sword that beheaded him. 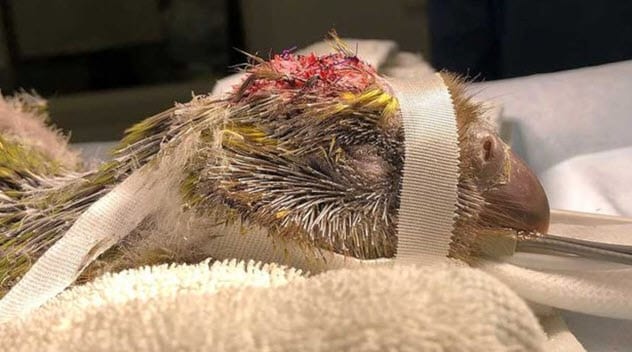 For the first time ever, New Zealand veterinarians performed brain surgery on a kakapo and saved the life of the 56-day-old chick.

Although the world’s fattest parrot is critically endangered, there have been a few pieces of good news in recent times. Last month, we said that the kakapo had its best breeding season ever. Now doctors have managed to save one of those chicks which had a hole in its skull.

The bird is named Espy 1B and was hatched on Codfish Island where it lived under the care of the Kakapo Recovery Team. One day, rangers noticed that Espy 1B had an unusual lump on its head. So they flew it to the Wildbase Hospital at Massey University.[10]

There, vets discovered that only a thin layer of tissue protected the brain where the hole was. The kakapo was at risk of herniating out part of the organ. Brain surgery was needed to correct the issue.

Such a procedure had never been done in avian medicine. Medical professionals adapted techniques used on humans and mammals and successfully carried out the surgery. Wildbase officials say that Espy 1B is making a “remarkable recovery.”