Modern humans have been around for 200,000 years, and we have proved that we can do incredible things with our bodies. We can run, jump, contort, cool ourselves off, wield great strength, and perform so many other functions.

We also have remarkable minds that set us apart from other animals on Earth. That intelligence has enabled us to communicate, build grand civilizations, invent remarkable technologies, and create art in all its forms: music, painting, sculpture, and more.

Combine our amazing, capable bodies with that creative imagination, and one can come up with some rather strange things. Here are 10 weird ways that people use the human body. 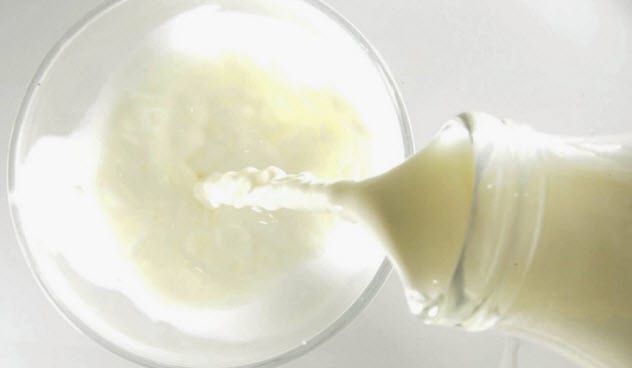 Semen is the male sexual fluid that carries sperm, the cell responsible for fertilizing a female’s egg. For most people, that is its only job—to make a baby. However, this just isn’t enough for some people. They prefer to cook with semen and consume it.

Like it or not, semen has made its way from the bedroom to the kitchen. There are even cookbooks that provide readers with numerous recipes on how to use semen. Their reasoning is that semen is supposedly nutritious, cheap, easy to come by, and has an excellent texture for cooking.

As the description for Natural Harvest: A Collection of Semen-Based Recipes says, “Like fine wine and cheeses, the taste . . . is complex and dynamic.” There are cooking classes as well. In fact, just last year, there was a “Cooking with Semen”[1] class held in London. 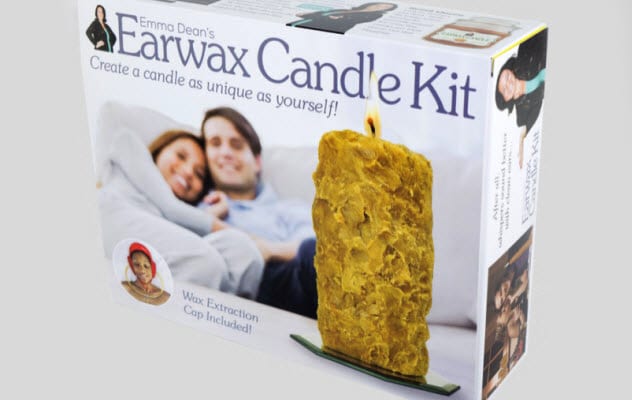 Wax is made by bees to create honeycombs, and it was the first substance used in wick candles in ancient Egypt. Wax is also made by other animals and plants and is similar in composition to beeswax. Although this kind of wax is like fat, it is more solid, breakable, and less greasy.

Human earwax is made of fatty acids and a mixture of other substances. Its purpose is to protect your inner ear by trapping bacteria and dirt. Somewhere along the way, humans (that is, the stars of the Discovery Channel hit television show MythBusters) decided to try to make candles out of their own earwax.[2]

Their inspiration was the animated movie Shrek, where the main character—the lovable green ogre, Shrek—pulled out a wad of his own earwax and lit it like a candle. If an ogre can do it, why can’t humans, too?

The crew of the show put it to the test, and the results were a disappointment or a relief, depending on your perspective. While it is technically possible to create a candle of human earwax, it won’t burn like normal candles made of paraffin or beeswax.

As earwax is composed of so many different substances, it will burn at varying rates and therefore unevenly. Still, despite the failure, it can be said that the human species did create a candle out of its own wax. 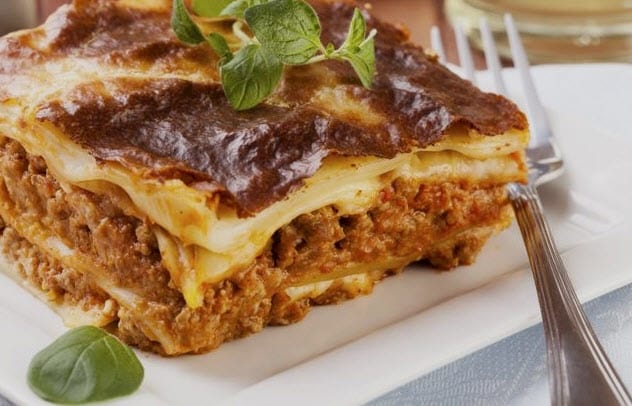 The placenta is a female organ that attaches to the inside of the uterus during pregnancy. It takes care of the developing infant in the womb by providing nutrients and oxygen via the umbilical cord. Once the baby is born, the placenta is delivered as part of the afterbirth.

So once it’s out, what do you with it? Some people, like socialite Kim Kardashian-West, would suggest that you take it home and eat it. To be fair, she had her placenta transformed into a pill, but it isn’t unheard of to literally cook up your afterbirth and chow down.

There are recipes all over the Internet, and there’s even a cookbook that you can purchase when you get that semen cookbook. Some recipes out there include smoothies, desserts, and lasagna.

Many believe that eating the placenta benefits the mother during recovery by increasing energy and fighting off postpartum depression.[3] The Food and Drug Administration has yet to give the activity its full support. Nevertheless, there are believers out there and probably always will be. 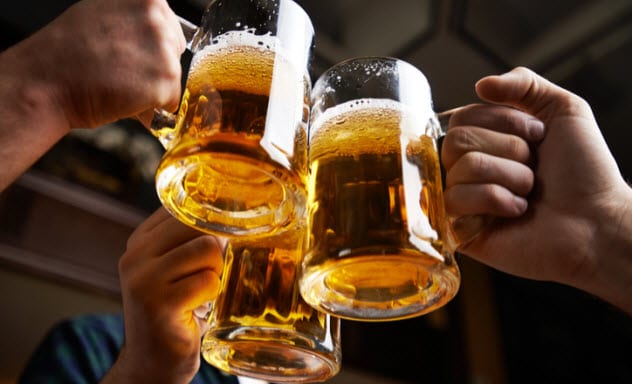 This is the most recent human biological innovation. In 2017, a Danish brewery revealed that their new beer, Pisner, uses human urine in the beer-making process. As we all know, human urine is a liquid produced by the body to remove waste.

Just to be clear, urine isn’t actually in the beer. Instead, the company uses urine to fertilize the barley[4] that will be used later in the brewery.

In the brewing process, the first step is malting barley. This is done by taking barley and soaking it in water (or urine) to soften it, which helps break down the starch in the barley into sugar. This malt is heated and mixed with water to break it down even more, creating a liquid called wort.

Next, it is heated and hops are added to it. After this process, the mixture is cooled. Yeast is added, and it is left to ferment for a couple of weeks. After that, all that’s left to do is a little bit of cleaning and bottling, and in the end, you get beer.

There is nothing to worry about when it comes to drinking Pisner, but that might not make it any less bizarre!

6 Menstrual Blood As A Plant Fertilizer 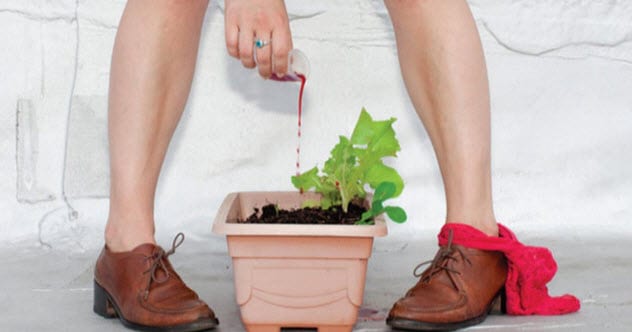 Every month, women between certain ages repeat their menstrual cycles. The body prepares itself for pregnancy, and when that doesn’t happen, it sheds all that preparation by expelling blood from the body.

Menstrual blood is a combination of blood and the uterine lining, called the endometrium. Most of the time, women just catch the contents with a sanitary pad, a tampon, or another feminine product. But there are some women who take it even further.

They pay it forward by fertilizing their gardens with their menstrual blood.[5]

As outrageous as that might seem, it makes sense, at least scientifically. Blood contains nitrogen, which is vital to plants as it plays a critical role in photosynthesis and growth.

This connection has already been made by the gardening community, hence the product blood meal. Using actual blood, specifically menstrual blood, is a bit newer and is a more natural and presumably more cost-effective fertilization method. 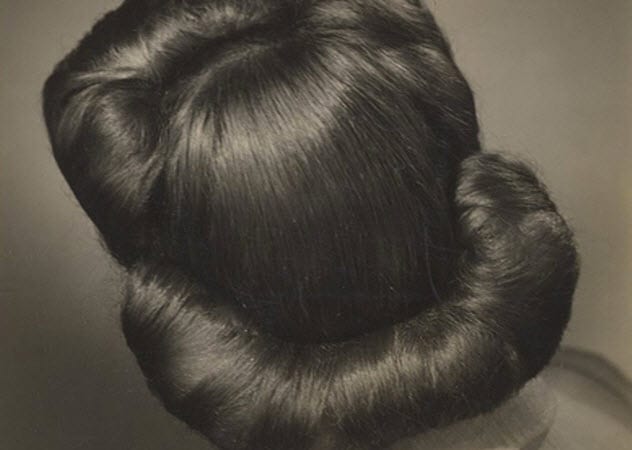 This is probably one of the biggest contradictions in cosmetic history. For many of us, dead hair is useless and gross. But those big wads of hair you vacuum off your rug and frown at in disgust would have been happily salvaged by Victorian women.

Back then, and sometimes still today, women used dead hair wadded up from their brush bristles to add volume[6] to their hairstyles. These days, we have teasing combs, hair spray, hairpieces, wigs, and other styling tools to help with our hairdos. So to us, using dead hair sounds rather appalling.

In those times, though, women didn’t have the kinds of tools and products we do, so they improvised and made hair rats themselves. Women continued to employ this hair tactic well into the 20th century. As a matter of fact, this trick is still used today by DIY enthusiasts. 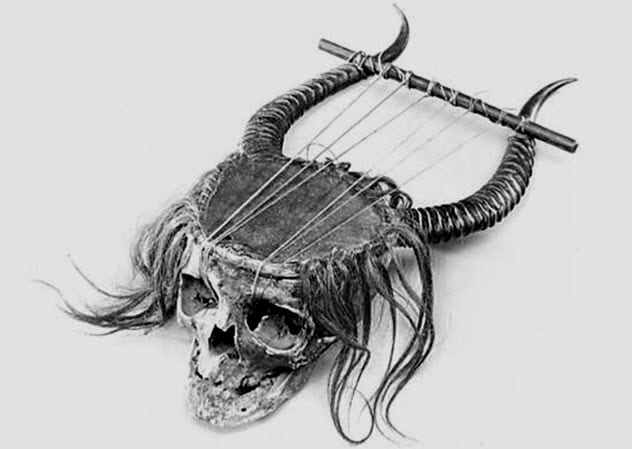 Bones are the most durable part of the human body, so why not put them to use? Interestingly, bones were used as musical instruments throughout history. One of the better-known bone instruments was the kangling (“leg flute”), which was made of a human femur. The kangling was used in Buddhist rituals in Tibet.

Another example is a Central African lyre[7] fashioned from a human skull, which was discovered just over a century ago. As morbid as that sounds, it likely did not have a ritualistic meaning. Instead, it was probably an instrument made by a European contemporary who hoped to trade it for a little cash.

There was also an Aztec instrument called omichicahuatztli that was made from human bone. 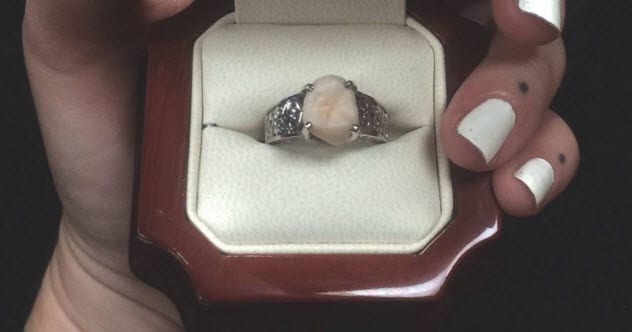 Forget diamonds and gems. Why spend that money when your pearly whites will do just as well on a gold band or silver chain? Yes, using human teeth as jewelry is a popular trend. Some people even make a living selling it.

Human teeth of all kinds are found in jewelry. Some pieces have baby teeth, a sentiment possibly targeted toward mothers whose children have grown up or maybe just for people who like to sport little teeth. Other options are molar earrings, necklaces with random teeth, or just buying bunches of loose teeth to do with as you’d like. A rather romantic idea is using a recently removed wisdom tooth as the “gem” of an engagement ring.

That’s exactly what Canadian Lucas Unger did. In fall 2015, he used a recently removed wisdom tooth for his fiancee Carlee Leifkes’s engagement ring.[8] The couple received a great deal of press and attention, both positive and negative.

Regardless of your opinion, there is no denying how unique that rock is and that’s exactly what the couple was going for. Unger says that they are a quirky couple, so it was only appropriate that they have a quirky engagement. 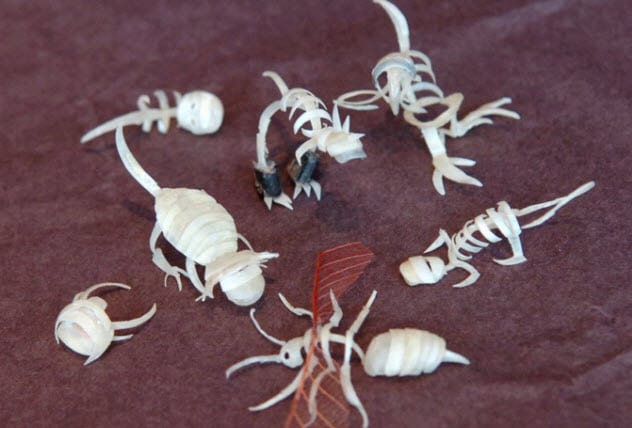 Artist Henri Matisse once said that “creativity takes courage,” and that statement never reigned truer than when artists started using their old nail clippings as their medium.

For most people, nail clippings are just thrown away after they’re cut off. Composting old nail clippings is common, too. Turning them into paperweights or figurines that sell for hundreds of dollars is far from mainstream, though, and could be considered rather bizarre. 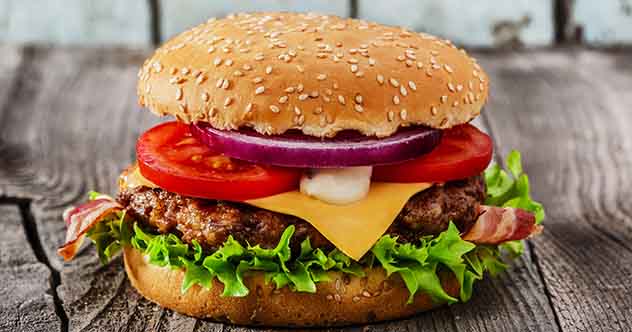 Feces, poop, crap, excrement. Whatever you call it, it’s a part of life, albeit a gross one. So what in the world would people possibly want to make with this gross human waste product?

That’s right. In 2011, it was reported that Japanese scientists had discovered a way to synthesize human feces into meat for people to consume. This crappy idea came about because the dense population in Tokyo had overwhelmed the sewage system with mud made of human feces. That was one problem.

Then there’s the separate issue of feeding all these people. The answer to both problems came with this protein product made from steak sauce, soya (a binding agent), and poop.

There is some doubt about the veracity of this story, though. Some news outlets, like Forbes, question the authenticity[10] of the reports as well as the possibility of even making such a “meat.”

Although the truth of this matter will continue to be debated, we can all agree on this: We’ll definitely think twice the next time we take a bite out of that double-meat bacon burger.