Note: The bonus item at the bottom of this list contains the full audio of the mass-suicide in Jonestown. It is disturbing and discretion is advised.

On November 18, 1978, deep in the jungle of Guyana, the 912 occupants of Jonestown drank a mixture of cyanide and Flavor-Aide. These people did this unthinkable thing because Jim Jones wanted it to happen. Due to the immense tragedy that concluded Peoples Temple, few look back to see beyond the punchline of “Don’t Drink the Kool-Aid” (which may be the greatest marketing coup in history on the part of Flavor-Aide). This list will delve deeper into Peoples Temple and the dark figure at its heart. 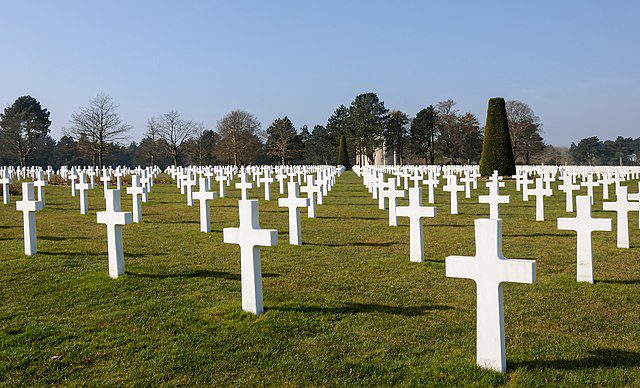 Born on May 13, 1931, Jones grew up poor in Lynn, Indiana, a town with one stoplight and five coffin makers.[1] He had a hard time making friends as a child. This is partly because he was obsessed with sex, religion, and death. Jones would hold mock funerals for roadkill. One neighbor of the Jones family even stated that Jones killed a cat with a knife for one of these funerals.

The role of preacher was one Jones liked to play early. During a high school pep rally, before a basketball game against a rival team, Jim staged a funeral for the other school, playing the preacher to perfection. He had learned the part by going to every church in town and studying their different styles.

9 He Was Always A Leader 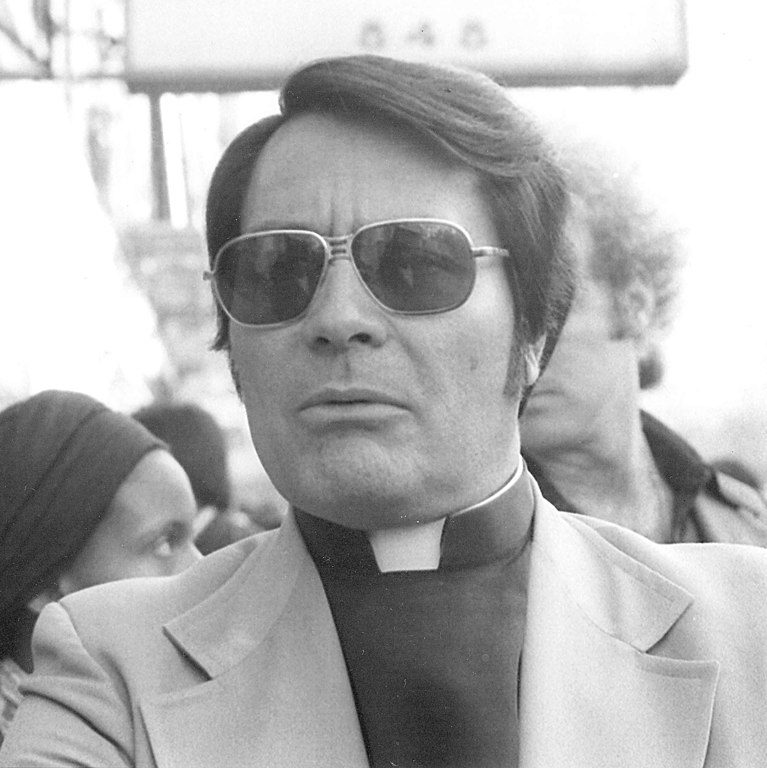 Since childhood, Jones exhibited a knack for gathering followers. Stray dogs would even follow Jones through the streets.[2] An obsessive reader, he would study the lives of leaders such as Mao, Hitler, Stalin, Marx, and Gandhi. When he was 18, Jones would tell his future wife Marceline that Mao Tse-tung was his hero. Despite disliking the ideology of the Nazis, he studied Hitler’s speeches to understand his sway over the masses.

At 14, Jim Jones organized a baseball league. Participants often commented that it was better than anything an adult could have organized. However, things came to an end when, one day, Jones callously murdered a dog in front of players by dropping it from a window.

8 The Followers Were Good, Sane People 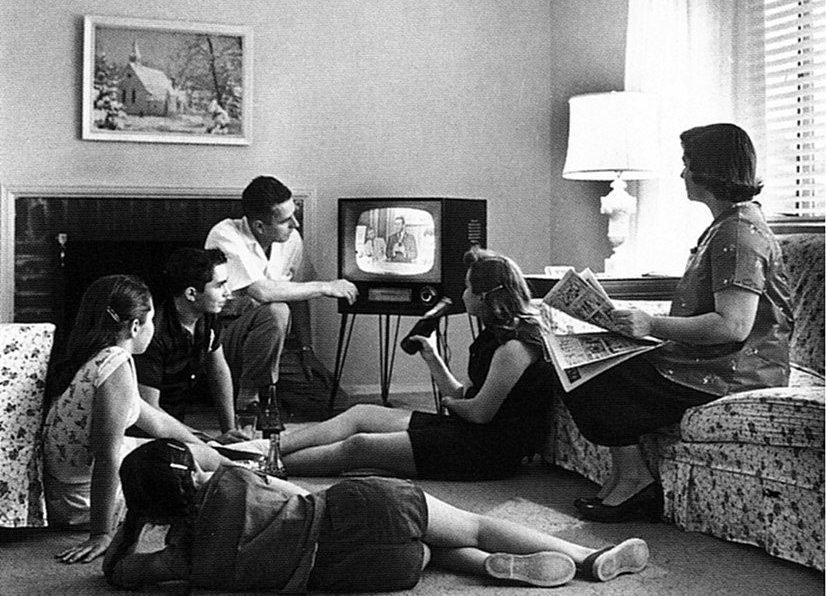 Peoples Temple was filled with good folks who joined to help the unfortunate, spread socialism, or hear what they were told was the word of God. Reverend Jones would preach that they needed to make heaven on earth. Then, he would personally help solve their problems for hours.

Charitable work expanded and formalized with the church itself. Peoples Temple eventually came to run high-quality nursing homes and successful rehab programs, which would be used as recruitment grounds. They clothed the homeless, lobbied the government for funds, and desegregated the state of Indiana.[3] 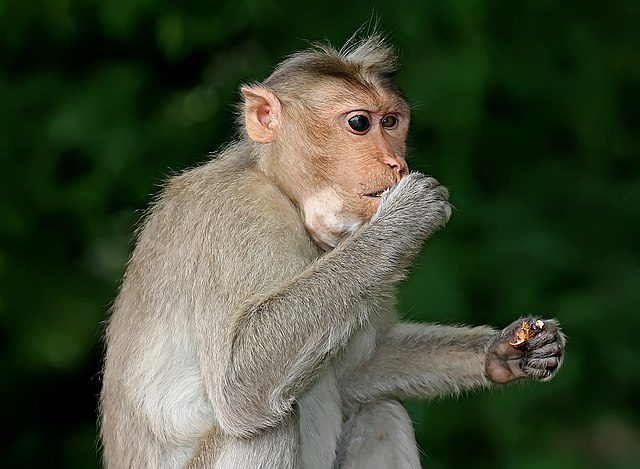 In 1953 at the tender age of 22, Jim Jones established his church. He needed money for its social goals. Later, these funds would come from congregation donations (Jones would tithe 25%-40% of their incomes and properties), as well as various scams (such as selling photos of Jones at $5 a pop that would ”protect” parishioners).[4]

But, at 22, Jones didn’t yet have a congregation to harvest. So, he did what anyone would do. He imported monkeys and sold them door to door. Primates were around for all of Peoples Temple, since the mascot in Jonestown was a chimp named Mr. Muggs. 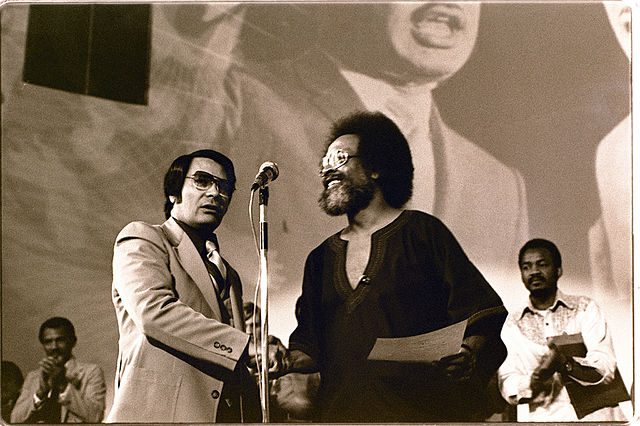 Jim Jones and his wife Marceline wanted a family that represented their racially inclusive beliefs. So, they adopted children of various ethnicities, creating what Jones would call his “Rainbow Family”. This included three Korean-American children, one who was part American Indian, one black child, and one white child. They only had one biological son, named Stephan Gandhi. Jones would eventually force Timothy Stoen, his second-in-command, to sign over his own son to Jones.[5] 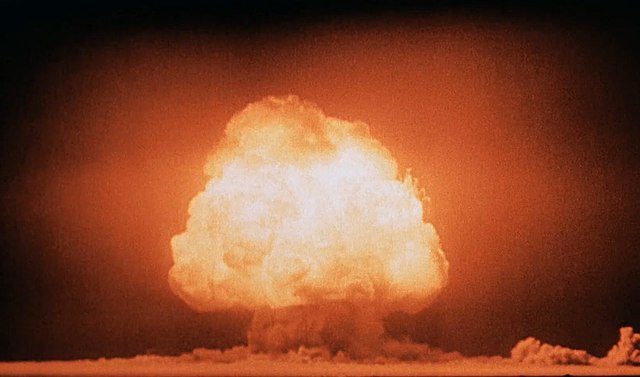 Most cult leaders create a phantom apocalypse to threaten their congregation into submission. For Charles Manson, this was the race war. For Heaven’s Gate, it was the Hale-Bopp comet. For Jim Jones in 1965, at the height of the Cold War, it was an oncoming nuclear apocalypse. His concern was born after purportedly reading a magazine article detailing the best places to survive a nuclear war.[6] He would use this list as a guide for where to move his congregation over the years.

Of course, whether he believed it or not, Jones would turn everything to his benefit if he could. So, he told his congregation that the world would fall into global thermonuclear war on July 15, 1967. To save them from this hell on earth, Jones would move them to Redwood Valley in northern California.

4 Depth of His Addictions 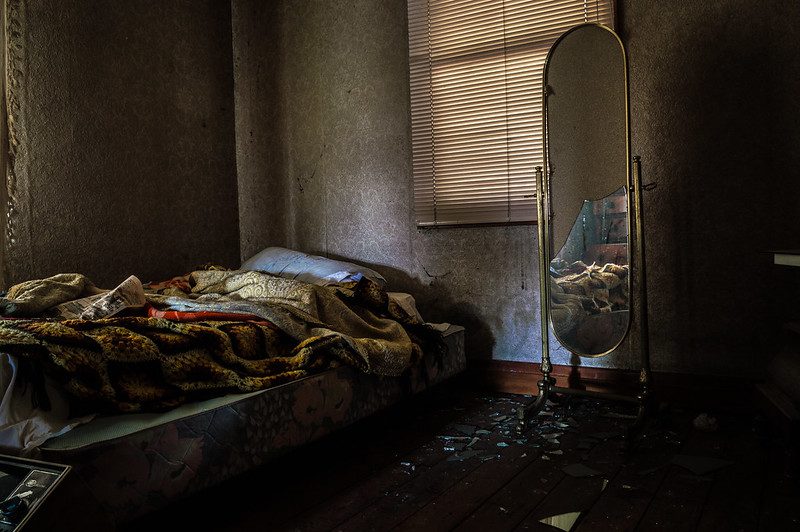 People know that Jim Jones did drugs and had sex with members of his congregation. The mad extent of these vices is less talked about. Jim Jones would take amphetamines to wake up and barbiturates to go to sleep. The drug use was so extensive that the main reason Jones wore his trademark sunglasses was because his eyes were completely bloodshot and watery. Trays of the pills and liquids were scattered all over his house for easy access. Even after his son had attempted suicide by taking some of these barbiturates, Jones did not bother to hide them away.

Jones lust for sex knew no bounds of gender, propriety, or commitment. He would sleep with men and women, forcing himself on some, often enticing others. During his marathon six-hour sermons, he would discuss sex endlessly, claiming that he was incredible in bed. He even urged female congregants to imagine it was him, not their husbands, having sex with them. Patty Cartmell, a devout follower, was ordered to organize a schedule to keep track of Jones’ sexual liaisons. He referred to this as his “F—k Schedule”.[7] 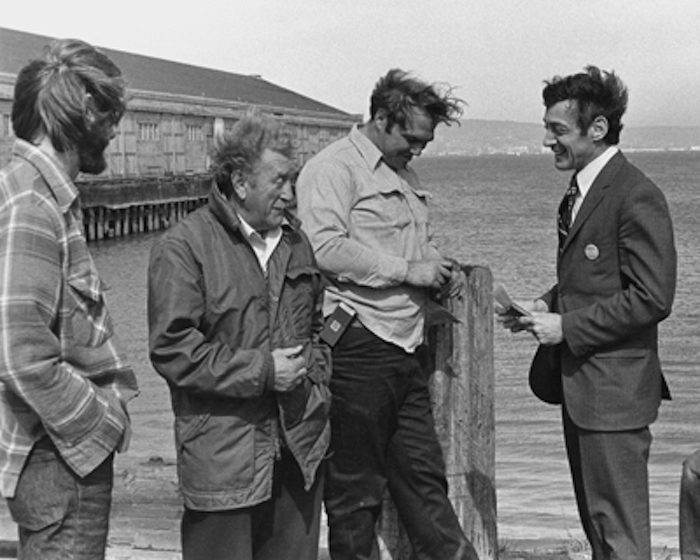 Some of this political success can be attributed to the outwardly admirable image of Jim Jones and the Peoples Temple. A lot more of it is because he could make 2000 respectable-looking people show up anywhere within 6 hours. This was facilitated by a fleet of 13 Greyhound buses Jones had purchased. So, the church was a political machine. Plus, it was staffed with volunteers who were utterly obedient to the orders of an organizational genius.

2 His Use of Multiple Systems of Control 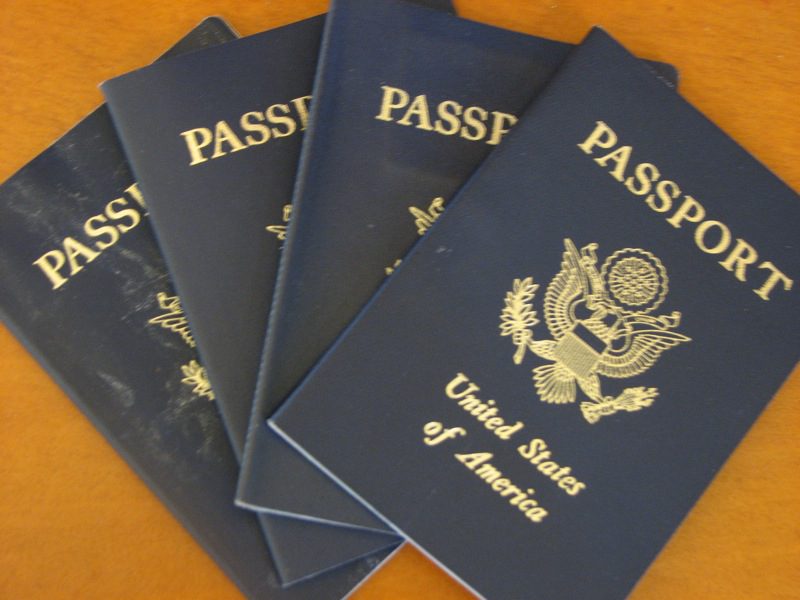 Philip Zimbardo, the creator of the infamous Stanford Prison experiment, believes that Jones took many techniques for enforcing control directly from George Orwell and the study of social psychology. Indeed, Jonestown often looks like something run by Kim Il-Sung or Mao.

Followers submitted written statements disclosing their greatest fears, which would then be used in tailored punishments. Sometimes, they would be made to sign false confessions or suicide notes, which Jones would say could be used to put them in jail or explain their disappearance.[9] To destroy their will to resist, Jones would work them beyond exhaustion. To make sure they could not flee, Jones held onto their passports and property. If all else failed, a group of armed guards called the Red Brigade was ordered to shoot runners.

Information going in or out had to go through Jones. This meant that Jones could read and rewrite letters, lie about current events, and serve as the sole arbitrator of truth. He structured his following into several layers of committees and organizations, compartmentalizing their reality until he was the only one who saw everything. Meanwhile, mass surveillance was turned into a grassroots movement where followers were encouraged to inform on each other. To drown out their thoughts, Jones broadcasted his ramblings on loudspeakers for at least six hours a day.

1 A Love For Cruel and Unusual Punishment 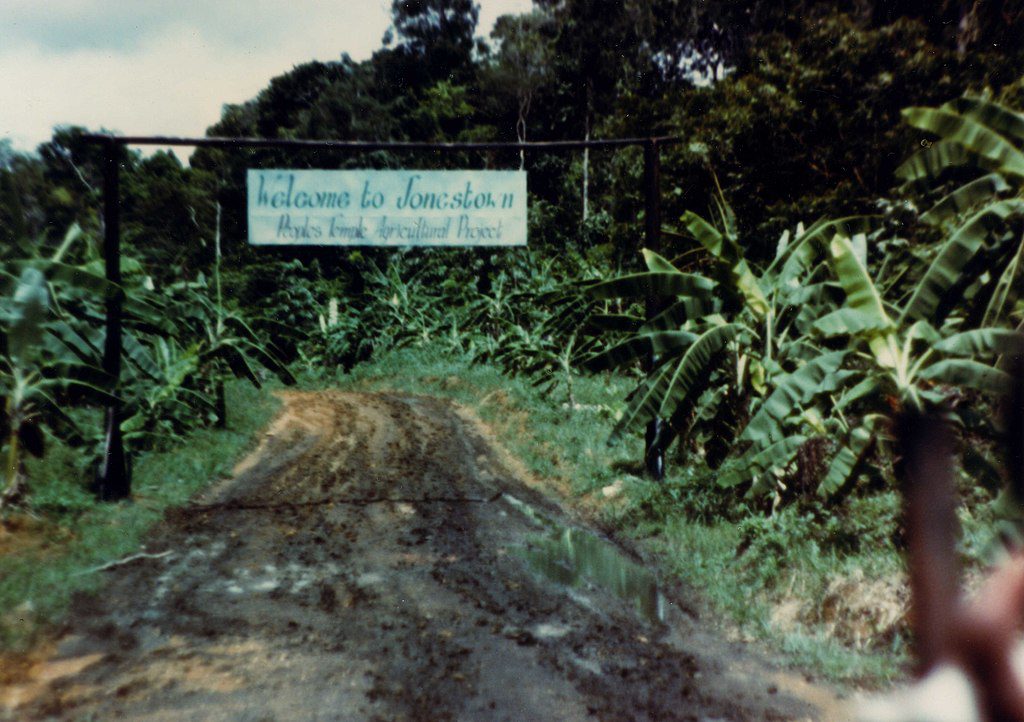 Jones devised creative punishments to keep followers in line. Usually, these were inflicted publicly. “Catharsis sessions” involved the offender being hit with paddles by members of the congregation. Jones organized boxing matches between followers. Children were made to eat their own vomit, or large quantities of hot peppers. Sometimes they were beaten. Sexual assault was used as a punishment, including an instance where a government official was sodomized. Electric shocks were employed.[10] A woman who was terrified of snakes was draped with a boa constrictor. People were put in a small box in the sun for proscribed periods. One woman was made to strip naked and defecate into a trash can in front of the congregants. Particularly troublesome members were drugged and locked away. Some of these Jones used as sex slaves.

+ How Long He Prepared for the Mass Suicide

[This video contains the full disturbing audio of the Jonestown suicide]

The road to mass suicide was long and well-plotted. No one is sure how long Jones had planned for this end, but it was at least since Jonestown was established.

First, he framed the act of mass suicide as heroic, a resistance to forces that wished to crush their dream of a better world. He would quote Martin Luther King Jr. discussing the need to be willing to die for a cause. He would draw comparisons to the Siege of Masada, where 960 Jewish believers defied the Roman attackers by committing mass suicide.

Second, he preached reincarnation. While enforcing the idea that this was not the last life, he began to talk about how this life was terrible.[11] After death, he assured his followers, they would all be born again into a better life. Jones also began preaching that he was a reincarnation of Lenin, Christ, and various other heavy hitters.

Third, Jones forced the congregation to think through and act out methods of suicide. Then, he began holding what was called “White Nights” at least once a week. Followers would be awakened by sirens. Then followed interminable sessions of heightened fear where Jones began preaching that the end times had come, and all their enemies would soon arrive to torture them to death. On these nights, they would practice suicide. Once, he staged a six-day siege of terror and sleeplessness. On at least one occasion, he set up vats of Flavor-Aid, told the congregants they were poisoned, and had them all drink. Jones had established suicide, and particularly the drinking of cyanide, as a routine.

Read more about monstrous killers on 10 Creepy Photos Of People Unaware They Are With A Serial Killer, and 10 Creepiest Photos Of Victims Taken By Serial Killers.

Mike is an aspiring novelist and part-time degenerate. You can find more of his writing nowhere, since this is his first article.